one of the bean's good friends moved far away over the summer.  she was so sad about it, and i felt bad for her.  i mean, there's always facetime and phone calls and emails and stuff, but it's not the same.  the last time i traded texts with her mom, she told me that they were coming back down for a week in early october.  and so when the time came, i got in touch with her to see if they could maybe squeeze in a quick playdate so that the girls could see each other again.  luckily, we were able to coordinate schedules thanks to a well-timed teacher inservice day that left the bean with an extra day of no strict bedtime.

we decided to meet at the local trampoline park, along with a few other friends who wanted to see their missing buddy too.  and they were just so excited to hang out and play again, even though it was a little bittersweet knowing that she'd be leaving again soon. 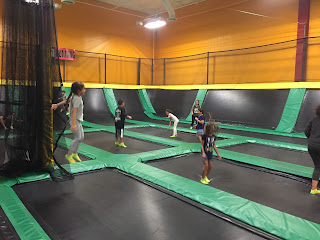 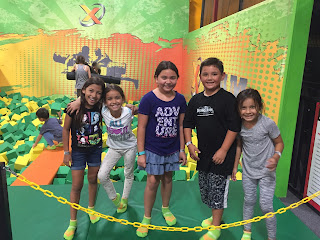 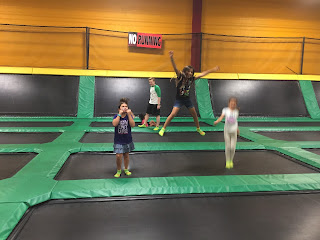 while they jumped and ran around and got all sweaty, we moms (plus the old lady, who took this for us) got to hang out, chat and catch up.  it was really nice to spend some time together when we weren't distracted with chasing after kids or supervising activities or anything at all.  i love how awkwardly i'm standing in the middle, heh. 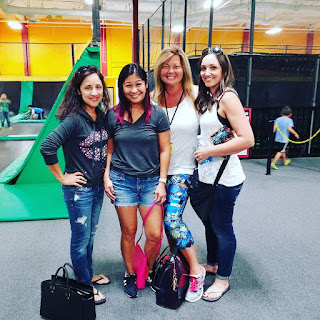 the girls capped off the playdate with a "jam into a photobooth" session that had them all cracking up and falling all over each other.  it was really cute, and they were so sad to have to say goodbye. 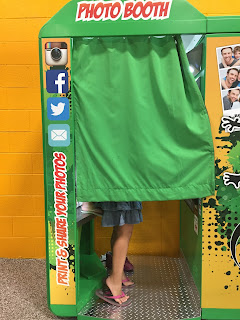 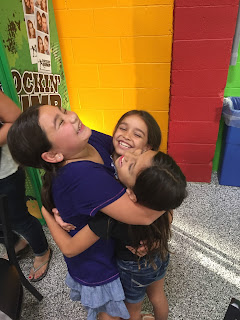 the next day, we teamed up with some of those same friends again for a long-awaited playdate at disneyland.  we'd been trying to coordinate schedules for months and months and months with the kids constantly on our asses to get it together, and finally, finally... 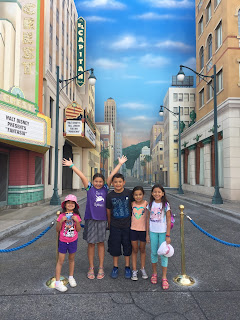 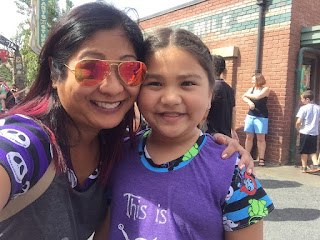 these kids, man.  they crack me up. 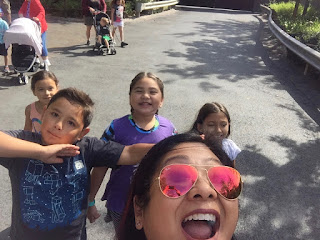 they've been friends for a good chunk of their little lives, and it's pretty awesome to see how close they all are.  it's very sweet to watch them together. 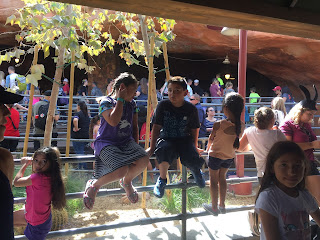 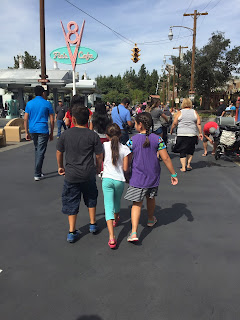 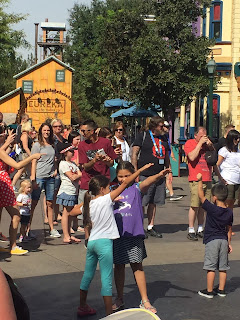 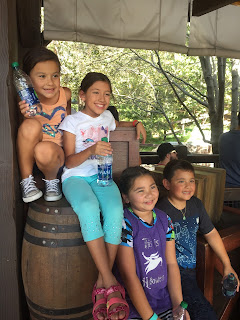 although not even her closest pals could talk her into the very last ride at the disneyland resort that she has left to conquer - california screamin', with the one teeny-tiny little loop that she's still pretty terrified of.  instead, she watched them ride it...twice. 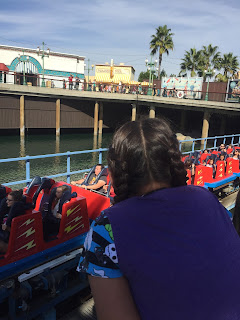 we did, however, wait out the 60-minute line in order to ride the radiator springs racers all together. 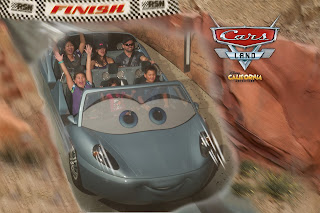 we went on luigi's, too. 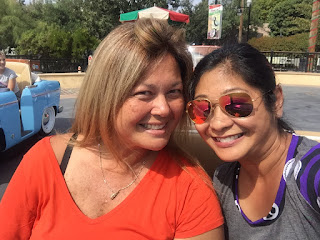 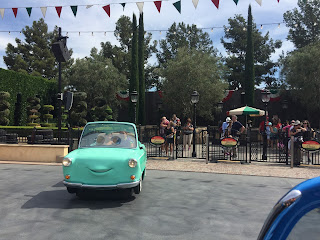 we ended up giving up our fastpasses for the frozen show in favor of a turn on the rapids ride, because everyone was hot and wanted to cool off a little. 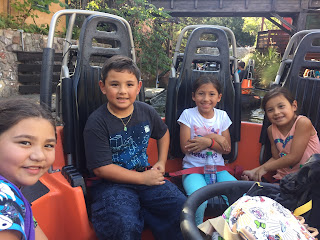 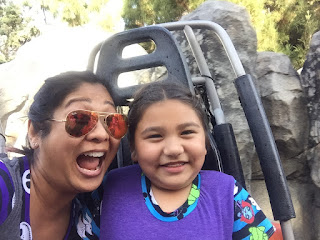 and what better way to end the day than with a sushi dinner all together?  the hub, the old lady and MIL met us at a spot close to home and we all enjoyed some raw fish before calling it a day.