i love those videos that people post on social media where they show you how to create an entire recipe in the span of about 30 seconds.  you know the ones, right?  a closeup of someone's hands mixing up perfectly pre-measured ingredients into something that looks super delicious in less time than it takes to pee.

i've got a bunch of those videos bookmarked, even though we've experienced our share of failures - for example, those churro ice cream bowls that we made at a girl scouts sleepover a few months ago. they always make it look so easy...until you tackle it in real life.  heh.

one sunday morning, though, i sucked it up and busted out the ingredients for a video i'd just watched for stuffed french toast pockets.  i knew i had everything i needed, and i decided to put a little twist on it by making mine heart-shaped because i'm a dork like that.  so i mixed up the cream cheese filling in a little bowl and pulled out a bunch of tools to assemble the pockets: 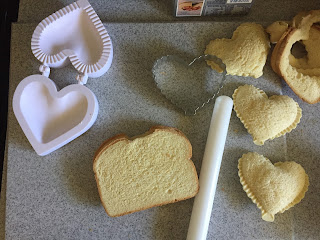 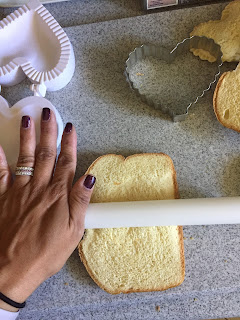 i placed a dollop of filling in the middle: 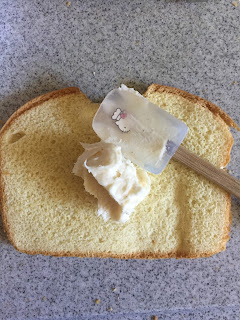 placed another piece of flattened bread on top, and busted out the cookie cutter. 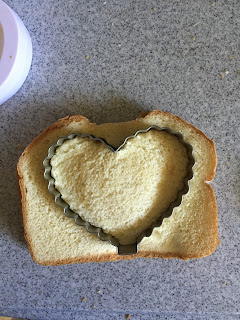 that...was not successful.  boo.  but i had another idea - i've had this heart-shaped hand pie maker thingy in the cupboard since i found it on clearance after last valentine's day, and this seemed like a good time to give it a shot.  i cut out another heart shaped pocket, stuck it in the press, and... 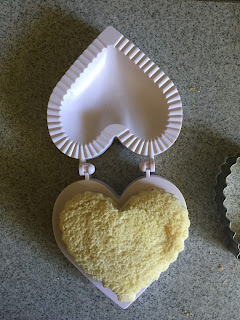 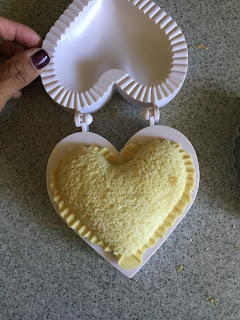 well, it was definitely better than the first try.  so i continued on and made about four of these things before i dipped them all into an egg concoction and put them in the oven to bake.  when i took the pan out, i found that my little pockets hadn't completely sealed shut, leaving some of the filling to ooze out.  oh well. 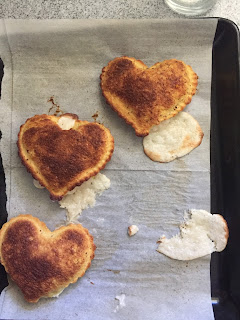 i plated it up for the bean with some slices of fried spam on the side, because what screams love more than spam? 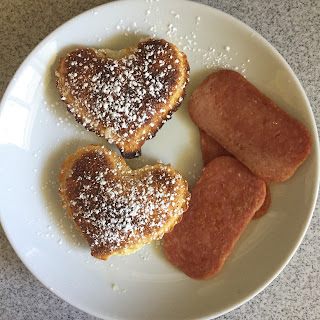 and they were good!  i sampled one of the leftovers and thought it was pretty darn tasty. 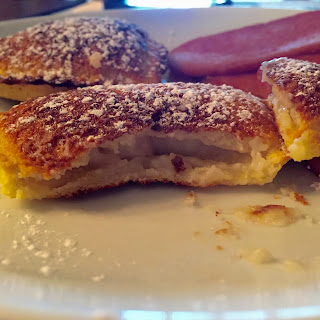 i've got a video for a vanilla dutch baby saved too.  maybe that'll be breakfast this weekend!
at October 20, 2016

Email ThisBlogThis!Share to TwitterShare to FacebookShare to Pinterest
Labels: adventures in cooking, wan is recipe-challenged