i've actually been spending a little time in the kitchen lately, which has been nice.  i decided to try and make my beloved tater tot casserole a little healthier, and picked up a package of ground chicken at the grocery store.

it's kind of squicky and gooey when you put it in the pan. 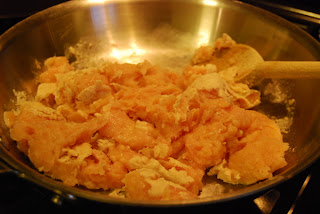 but it cooks up quickly, and looks a lot like ground beef (aside from the color).  another big difference was the lack of fat that usually pours off of the beef as you cook it - there was none with the chicken.  yay!

i mixed it in with the rest of the ingredients, layered it in the pan, and stuck it in the oven.  it looked just like regular ol' tater tot casserole to me. 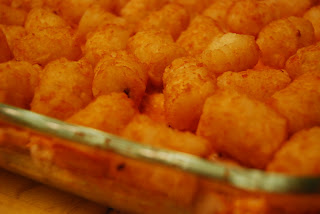 and it was just as delicious, too!  i actually attempted to make it again a couple of nights ago, but couldn't find any ground chicken in the store.  i picked up ground pork instead (i figure, i'm adding bacon to it anyway, so it was just going to be porktastic) and i was really satisfied with the results of that as well.  i may never use ground beef again.

i also decided to try out a recipe for nutella chocolate chip cookies.  it sounded so delicious, and when the nest tweeted a link, i had to give it a try.  as i often did in the past with new recipes, i cut it in half and mixed it all up.  i had some fancy-schmancy valrhona cocoa to try out that i'd bought at whole foods a couple of weeks ago, too. 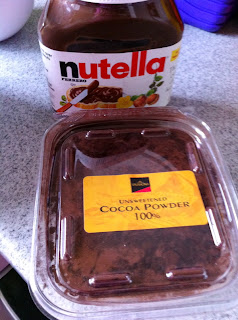 they're cooling on the rack right now, but don't they look scrumptious? 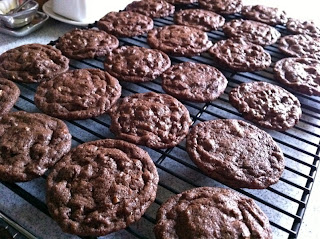 dots has a few new cupcake flavors for the fall season - a honey blueberry cheesecake, fleur de sel (we've actually had this one for a while - chocolate cake topped with salted caramel - YUM!), and a chocolate malted crunch, inspired by a beloved local ice cream flavor.  it's chocolate cake, cream cheese frosting, a dollop of chocolate buttercream, and white chocolate crunchy balls.  i took home a couple to try: 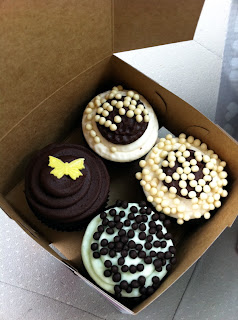 so. stinking. good.  if you're local, you must try!

oh, and i finally gave in to peer pressure of sorts.  the girls on twitter have been talking about chanel's "paradoxal" nail color for weeks, and i've always been too cheap to pay double digits for nail polish.  but with a gift card i'd received for my birthday, i finally decided to take the plunge. 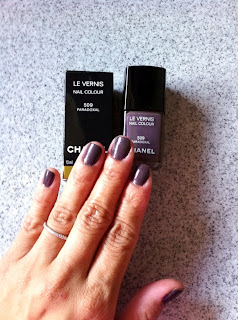 my hand looks really old and crusty, doesn't it?  ugh.  but i must say - i LOVE the color.  it's more purple-y than i thought, but i still dig it.  and you can't tell so much in the picture, but i did a pretty decent job of painting my own nails.  woo-hoo!

another thing to check off of the to-do list - the bean's halloween costume.  behold:  tinkerbell! 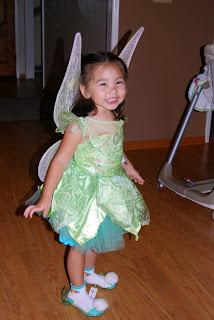