i am in chiffon hell.

i found this tutorial for an awesome, fluffy pettiskirt.  the kind that you find in the stores for anywhere from $50-$100.  i always thought that was ridiculous - after all, it's a few tiers and ruffles made of tulle, for the love of poo.

so i ordered the rolls of pre-cut chiffon strips as recommended in the tutorial.  i bought enough to make two - one for each of my girls, so they could match at the bean's party (the teen's idea, i swear i didn't push this on them at all).  i was pleasantly surprised when the package arrived only a few days later.  i pulled out the first roll - the lavender one, which was for the bottom ruffle. 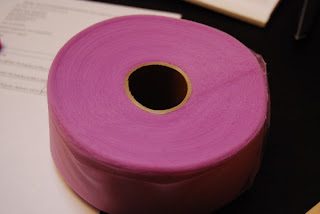 i took a quick trip to joann's to find a ruffler foot (the tutorial said having one would make things easier, and i figured i needed all the help i could get), and blindly scooped up the only one they had.  the lady at the counter said it fit her machine, which was the same brand as mine, so i had high hopes. 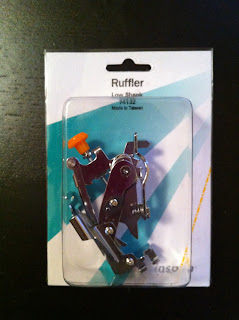 but when i got home, the super vague directions on the back of the package were of pretty much no help at all.  and googling the manufacturer for more information led me to...absolutely nothing. 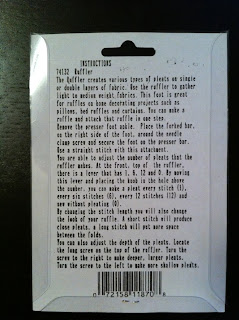 i had to turn to youtube and a few other random websites for help on figuring out how to install the damn thing on my machine.  after a few stops and starts, i finally got it. 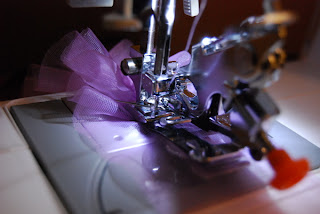 except that i didn't.  it would ruffle for a couple of inches, and then the little part that pushes the fabric towards the needle to create the ruffles would get jammed and break my needle.  the first time it happened, i was watching the process pretty closely, and i'm really effing lucky that a piece of that needle didn't fly right into my eyeball.

after removing the foot, installing a new needle, and reinstalling the foot - oh, about six times, i gave up.  i turned instead to an old trick i'd learned a while ago that was easy and required no skill whatsoever - adjusting the tension and lengthening the stitch to make the machine do the ruffling work for me.  and voila!  it worked just fine. 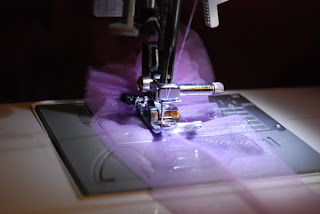 and thank god, too - because i had 60 yards of this shit to ruffle. 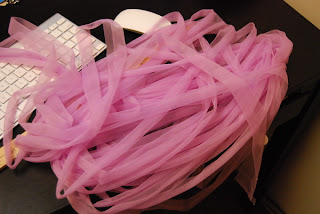 several days later, i'm still not done.  maybe if i could sit down and get it all done in one session without any interruptions, i'd be showing off a super duper pretty pettiskirt (or two).

and now i totally get why these freaking things cost so damn much.  they're a fucking pain in the ass.
at October 04, 2010