i'm not really a big denny's fan.  given the choice, i'd rather hit up IHOP.  better yet - cracker barrel!  too bad we have none around.  yeah, yeah, i know.

but when denny's announced baconalia - a salty, porky menu of special bacon-laden yummies - i knew i had to go, just once.  and during one of MIL's visits, she suggested it for an evening that the hub was out.  she knows me well.  i love her so.  and apparently, so does denny's: 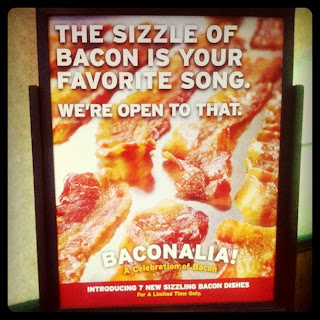 i was probably more excited than i should've been. 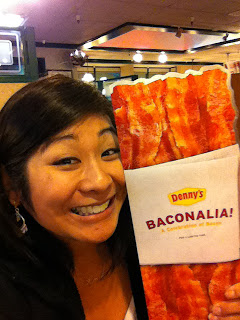 like, i was positively giddy as i perused that special bacony menu. 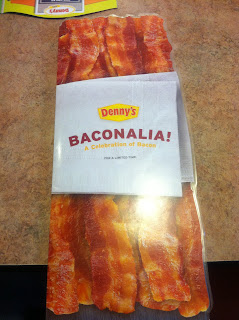 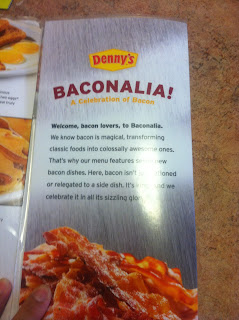 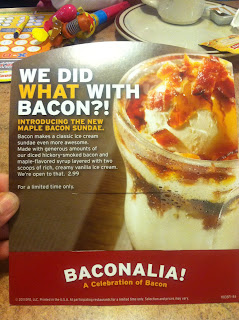 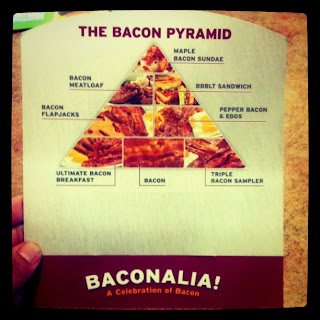 even though i despise meatloaf, i might have tried this.  bacon makes EVERYTHING better, y'all. 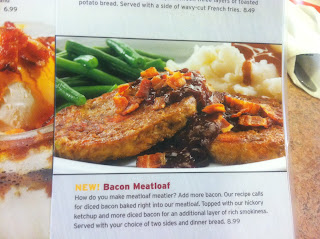 but i ended up ordering this - predictably so. 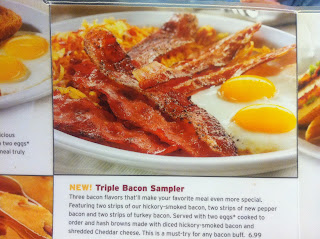 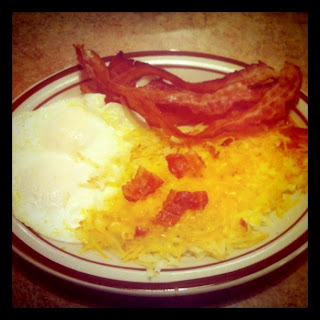 equally shocking was my dessert of choice - the maple bacon sundae. 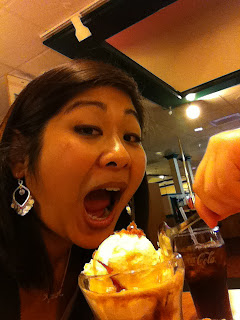 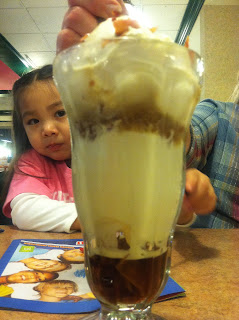 the bean dug in too.  after all, it was ice cream.  ain't no way she's missing out on that, bacon or not. 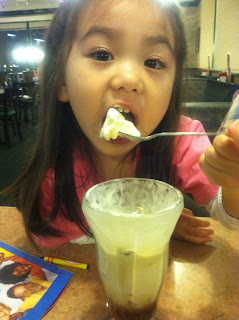 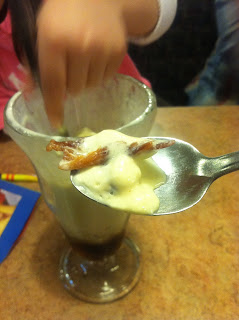