my friend nanette and i somehow managed to squeeze in a playdate with her em and my bean this week.  and it didn't even take a zillion e-mails and weeks of planning ahead!  pretty amazing, if you ask me.  we were free, they were free, and that was that.

we'd both bought a groupon or some similar daily-deal type thing for naya's garden, an indoor playground sort of halfway in between us.  this was actually our second trip there together, so we were familiar with where it was, how it worked, blah blah blah.  as usual, we ran a few minutes late but still scored a parking spot in front, right behind nanette.  yay!

the girls were stoked to see each other, and dove right in.  literally. 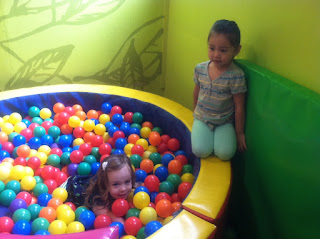 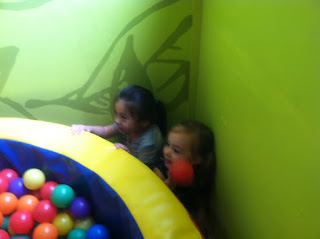 it's always fun to watch these two, almost exactly a year apart, play together.  nanette and i find ourselves standing there, just beaming at them most of the time.  well, we sneak in some conversation here and there too. 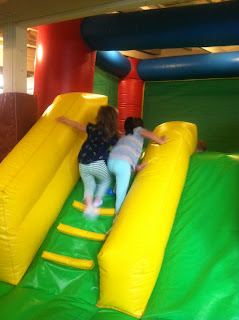 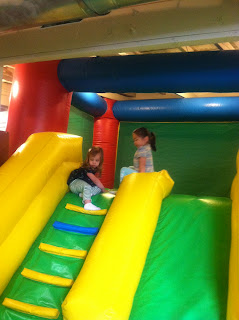 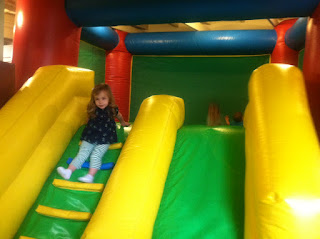 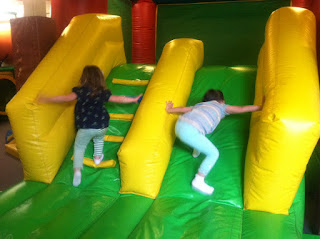 i was pleasantly surprised to see that the place wasn't very crowded at all.  i feared the worst, since it's summer vacation and kids are out of school.  but maybe this joint is a little too, uh, little for most of them.  yay for us! 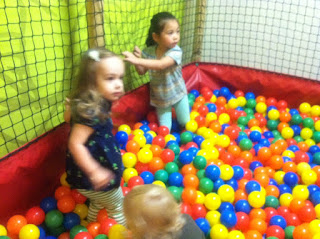 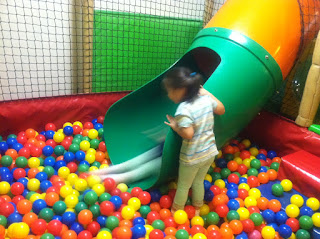 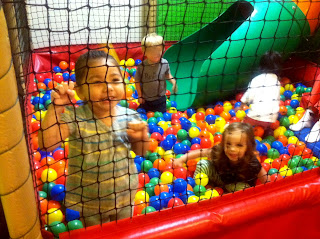 this also meant that there was no waiting for toys and cars to ride in. 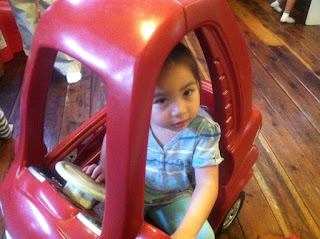 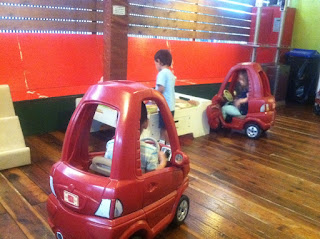 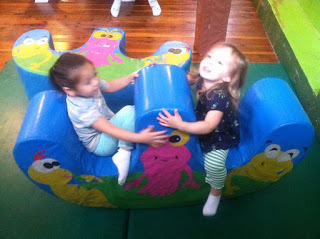 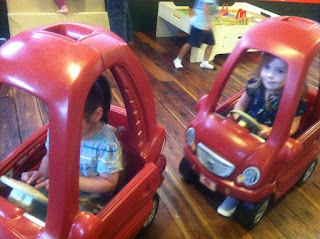 after a while, em's hair got in her way and nanette stopped to put it up in these cute little faux buns, which eventually fell into neat pigtails as they continued to frolic. 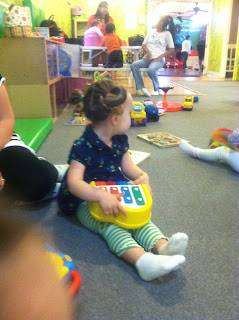 and for some reason, the bean kept yanking me back to this giant beanbag thingy. 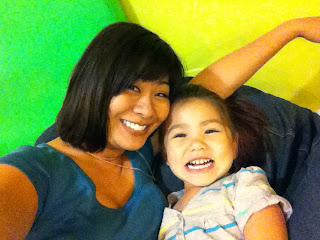 lots of fun, as always!  after the girls shared and enjoyed some snacks, we left - to avoid parking tickets and hopefully get them both down for afternoon naps, although from nanette's tweets and my own experience, next time we've gotta get them to climb and jump more.  naptime was a big fail.