at first, i'd thought that it was awesome that our trip to see the ILs in texas was perfectly timed.  we'd be gone for the craziness that was turning out to be "carmageddon" - the two-day closure of a major freeway in a heavily-traveled area.  and then i realized that we'd be driving to LAX on the first full day of the closure - our flight was at 9:15 on saturday morning.  d-oh!

we watched the news, checked the caltrans website periodically, made plans to park the car at my parents' house, even checked hotel room rates near the airport.  this thing was just nuts - jetblue was even offering flights from long beach to burbank for $4 (they sold out immediately).  heh.  but then we decided to save our $100 and just get up early in the hopes of beating any of that massive traffic that was anticipated.

so we all got up bright and early, showered, dressed, packed up, and left home a solid three hours before our flight time.  and wouldn't you know it - people actually listened for once and stayed their asses at home.  look - CARMAGEDDON!! 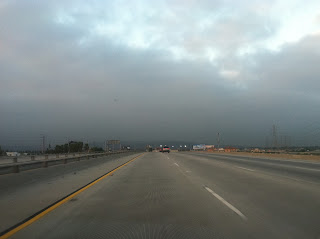 we got here even faster than we normally would.  you know, on a non-carmageddon day. 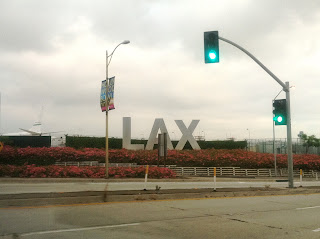 we snickered at the news crew, broadcasting live as we drove by.  they couldn't have had much to say.  and too late, we thought it would've been funny to yell "carmageddon!" out the window as we passed by. 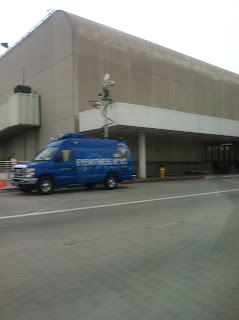 after dropping the gang off to check in baggage, i headed back to my mom's to pick them up and have them chauffeur me to the terminal.  we'd have picked them up first, but the pri-YES barely held us and our luggage.  but it was an easy drive, and even easier to get through security (although i did have to do that full-body scan thing, which kinda squicked me out).  after grabbing magazines and a quick breakfast, we got settled on the plane. 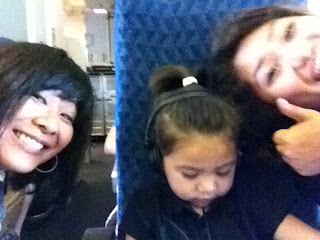 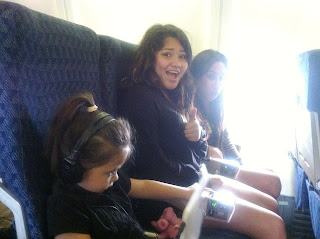 it was funny to watch rock-ell's face as we took off - it was her very first airplane ride.  the teen has video of it, but i'll spare you.  heh.  and the bean continued her streak as a great little traveler - she was easily occupied and didn't even fall asleep on the almost three-hour plane ride.  but i gotta say, thank god for the iPad.

the teen hates using public restrooms.  so does rock-ell.  not me - hey, when i gotta go, i go.  same with the bean, who was enchanted by the tiny airplane potty.  she's in a funny little phase where she wants me to tell her what all the signs she sees mean, especially the kind that have something circled and slashed through.  she seems to think everything says "no smoking."  anyway, the moment we got off the plane the teen was ready to explode and headed right to the first restroom she saw - or, as the signs in dallas said, the "toilet."  she was quite amused by this. 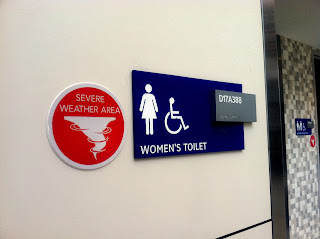 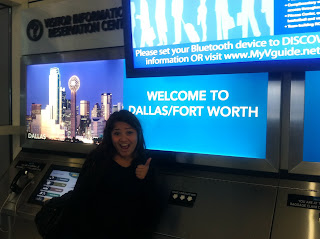 the ILs were already there, waiting for us.  and so was the texas heat and humidity.  hot damn, it was miserable.  so we piled in the car as fast as we could and headed out to find some grub.

i was amused to find that they were having their own version of carmageddon, only with a whole lot less hype. 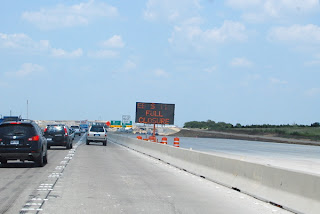 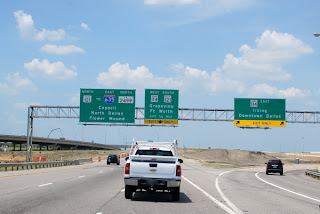 we sure don't have roads with names like this at home. 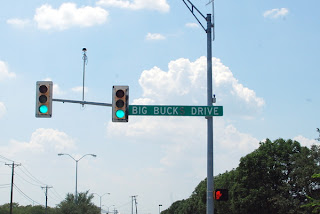 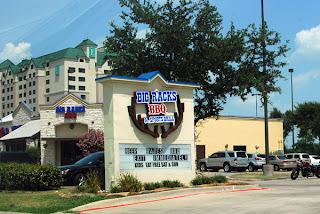 instead, MIL remembered how i'd loved this place so much that i wrote sonnets and love poems for it: 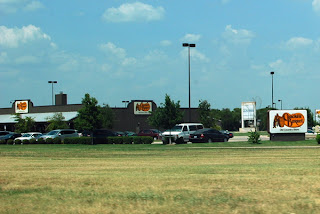 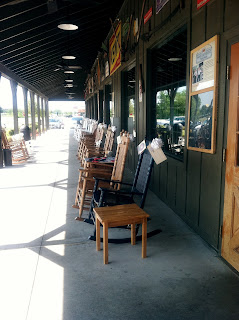 awwwww, she loves me.  i was so excited for some chicken 'n dumplin's.  they look super disgusting, i know, but man, was it delicious. 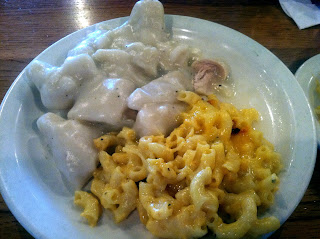 and after we were done she and FIL turned us loose in the shop, where the girls and i filled a basket with nostalgic candy and snacks. 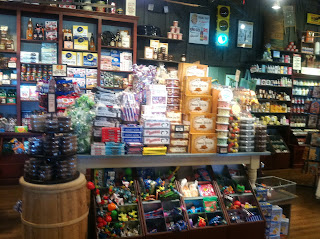 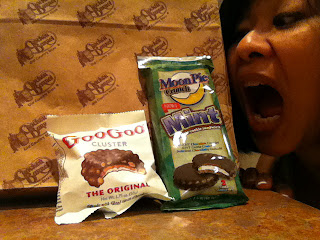 it was a most excellent start to our visit.