that pretty much sums up our eating experience for an entire week in texas.  heh.  and our first crack at it was at a place not far from the ILs' home:  rudy's.  it's a gas station, restaurant, and general store all rolled into one.  the hub was...shall we say? - less than excited. 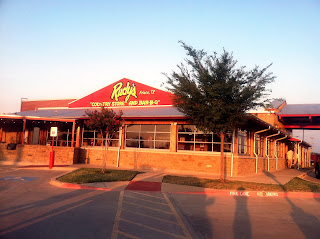 inside, the ILs explained that it wasn't like restaurants we typically frequent.  here, you choose your meat(s) and order them by the pound, and add whatever sides you want. 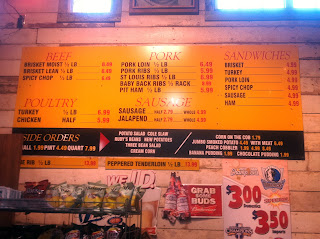 the girls had fun choosing OG bottled sodas from the giant cooler, while i explored the chip options. 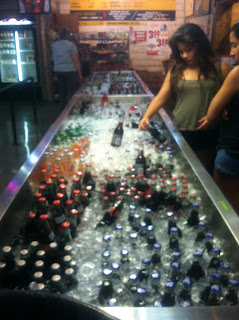 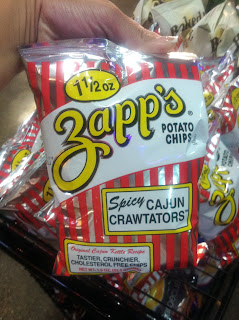 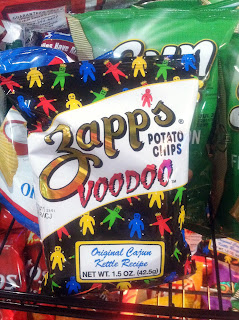 the bean made herself comfy at one of the picnic-style tables. 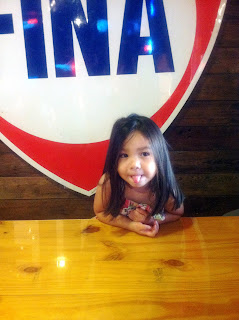 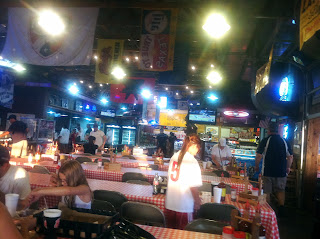 the grub came in a plastic crate with an entire loaf of bread.  sheesh. 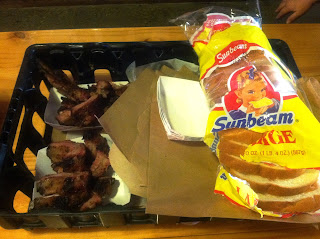 oh, and despite the fact that rudy's is a chain, i gotta say - best creamed corn EVER. 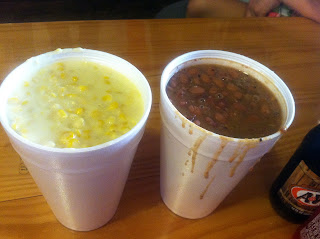 i broke out of my box and tried a soda flavor i'd never heard of.  it was good - kind of like a strawberry cream soda. the next day MIL took us to a mall, where we got to sample a cupcakery she'd been holding off on trying till we got there.  the deceptively bland-looking cheesecake flavor was really good.  well, okay - the chocolate was, too. 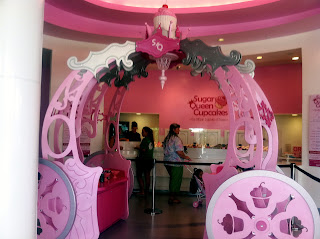 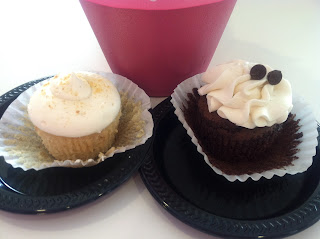 that night's meal was at nearby babe's chicken - fried chicken and a lot of it.  but really tasty.  i do love me some fried chicken. 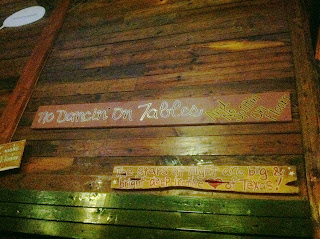 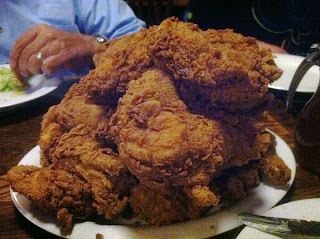 during a visit to sam's club (i'll explain later), my mouth watered at the sight of these.  too bad it was a super duper ginormous bag - i'd have liked to try them.  i never did find a smaller bag anywhere else.  probably for the best, anyway. 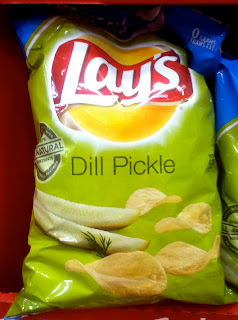 i definitely got my fill of bbq'd brisket over the course of a week.  i love me some brisket, but damn - i ate a hell of a lot of it.  prairie house was the site of yet another texas bbq dinner. 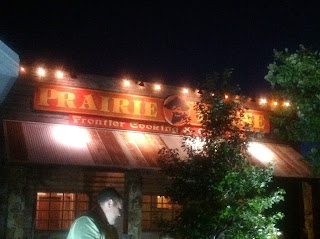 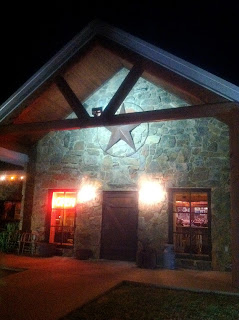 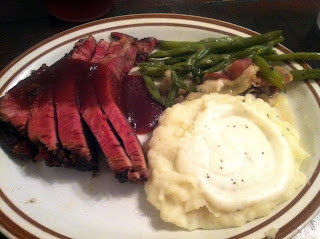 the bean got a kick out of the decor outside. 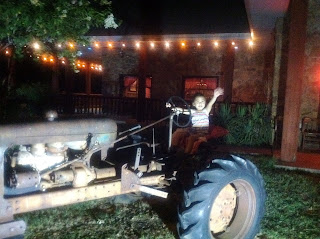 our last stop for bbq was at hard 8.  i was amused at the "first-timers guide." 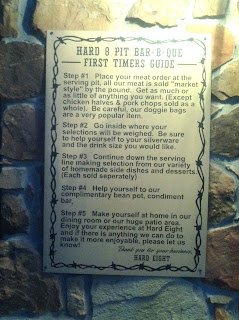 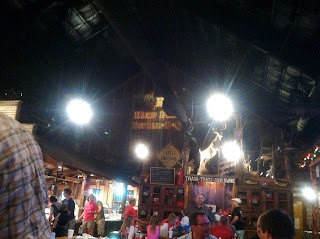 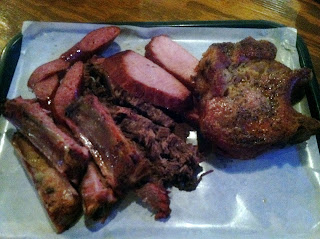 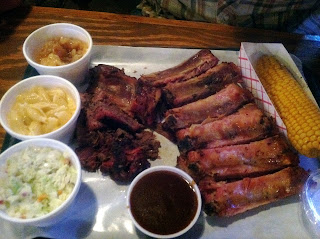 the bean was confused at the "plates" - what looked like a piece of butcher paper atop a tray. 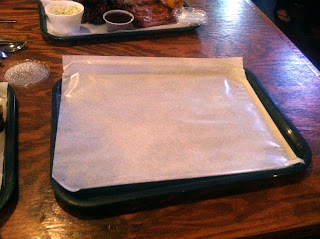 good gracious.  and when i got home, i discovered that i'd picked up a souvenir from all that eating - five extra pounds.  not even kidding.  FIVE POUNDS!