thanks to the magic of pinterest, i found yet another delicious way to get rid of stuff in the fridge that's taking up space.  this time:  sopapilla cheesecake!

first, mix cream cheese with some sugar and vanilla. 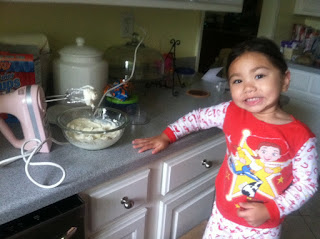 pop open a can of crescent roll dough, spread half of it out, and smear that glorious cream cheese mixture on top. 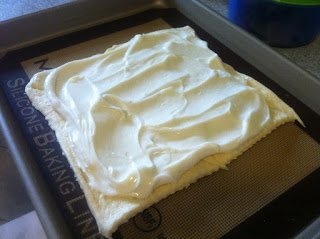 layer the other half of the dough on top of that and brush with softened butter. 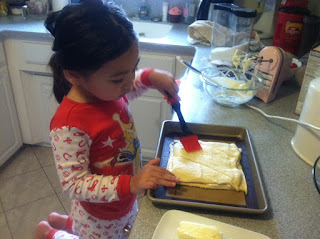 turn around and give the camera a big, cheesy super duper fake grin. 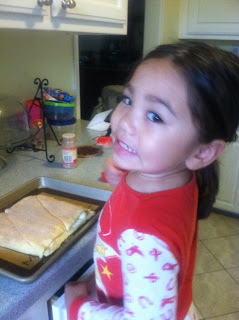 sprinkle cinnamon sugar on top of that. 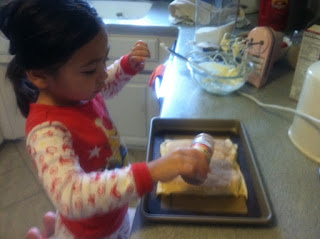 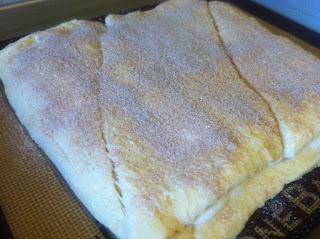 get someone responsible (or, in this case, simply grown up) to put it in the oven at 350 for about 20 minutes, and then ask said someone to slice it up and serve.  voila: 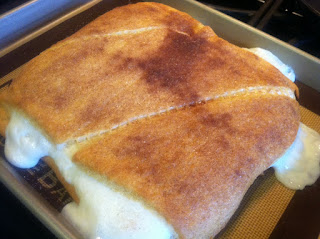