we have had the a/c running nonstop for a full week.  i live in fear of our next electric bill.

and in an effort to beat the heat, we bought the bean a fun blow-up pool for the back yard.  she kept asking if we were going to put "real water" in it.  yesterday, she finally got to give it a whirl: 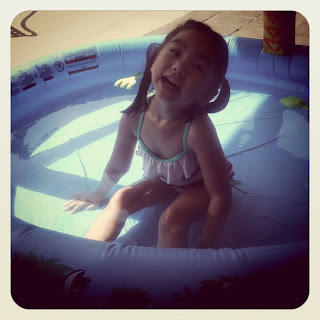 she played in that water till her fingers and toes were as wrinkly as a shar-pei.  and then later, after we picked up her sister from school, we hopped in the car (well, it actually took more work than that. why does an afternoon at the beach take so much effort?) and headed out to zuma beach in malibu. 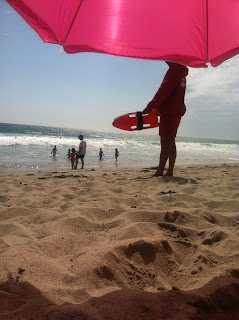 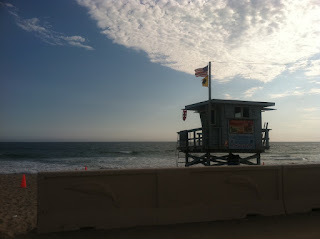 it was a lovely 77 degrees, and although the water was chilly as usual, the bean was excited to splash around in it. 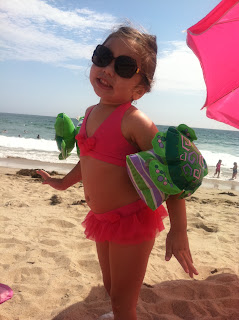 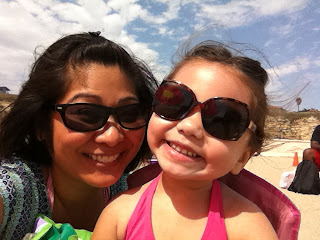 her trendy, enormous sunglasses crack me up so.

the teen decided to bury her sister in the sand - half of her, anyway. 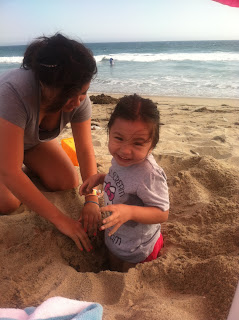 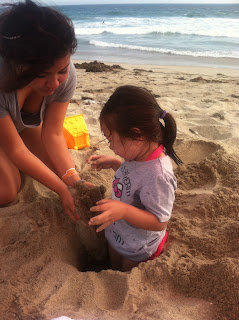 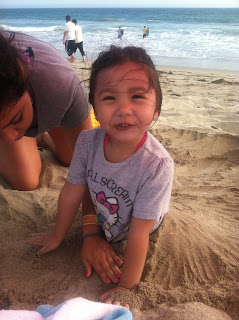 Email ThisBlogThis!Share to TwitterShare to FacebookShare to Pinterest
Labels: hitting the beach