in the handful of days between christmas and new year's, we managed to squeeze in a matinee of disney on ice - the toy story 3 edition  oh, yes.

the show was playing at three different venues - staples center in l.a., honda center in anaheim, and citizens business bank arena in ontario - and since the latter was closest to us, that's where we went. 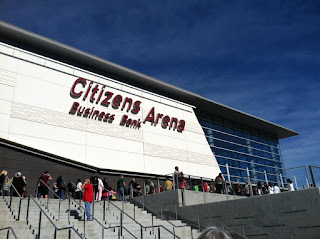 the hub wasn't thrilled that we had the cheap seats - but hey, they were only $16 plus ticketbastard fees per person. and it turned out that CBB arena is rather small, which meant that we actually had a pretty decent view of the show.  the bean was super duper stoked. 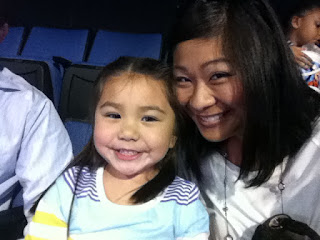 the show opened with a few of her favorite friends:  mickey, minnie, donald, and pluto. 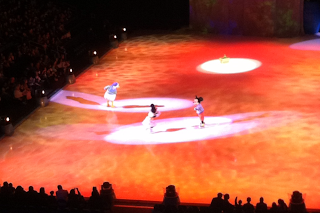 it was a pretty cute show, with bits and pieces of all three toy story movies played out on the ice. 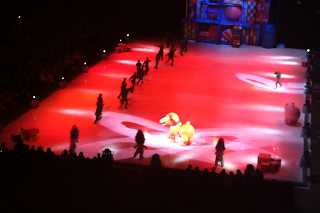 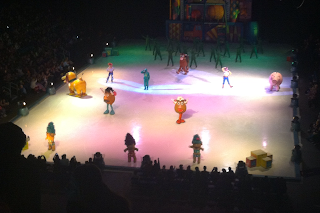 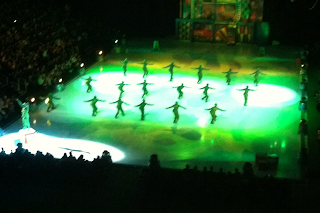 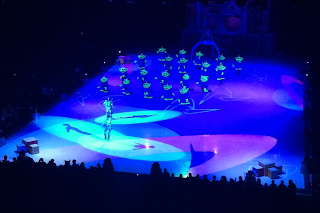 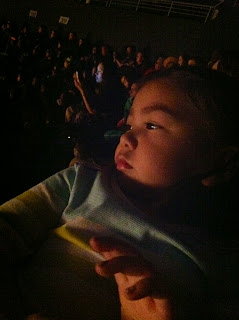 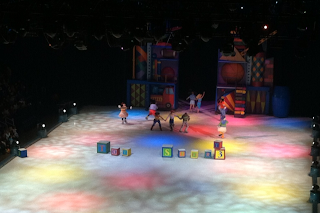 we managed to escape the huge, colorful concession stands offering everything from $10 cups to $25 stuffed animals and more. 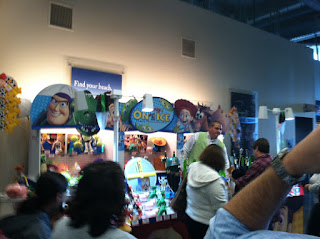 despite the sheer corniness of even the idea of "disney on ice," it was actually really fun, especially since the bean is such a toy story fanatic.  she alternated between watching the show with giant eyes and hopping off of her seat to dance along.  it was adorable.  i'm so glad we took her.

and now, my current project:  putting together a costume for her to wear to the fresh beat band concert next month.  and i have a major decision to make:  do i make myself a costume to match hers, or should i dress up as the other girl in the band?