it ain't easy being green

sometimes the ideas i come up with are so utterly, amazingly fantastic that i can hardly stand it.  like, i'm a total genius.  heh.

so i've been slowly but surely putting together one hell of a costume to wear in this weekend's tinkerbell half marathon (yes, can you believe it?  it's THIS SUNDAY.  eek!).  i'll share details on that later, but for right now i have a confession to make:

i bought a fanny pack.  blech.  it's true - because i realized that i'd need some way to hold my gu energy gels for the run, along with a couple of other essentials that i can't carry any other way.  while training, i've been wearing a hydration belt with a pocket that works for this, but since there are water stations all along the course, i won't need it.  and so i headed to my nearest running store and picked up...this. 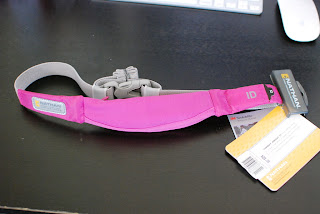 um, do you see that price tag?  i actually dropped a $20 on this stupid thing.  and as i got to thinking about it, i came to the conclusion that because i wouldn't ever, EVER be using it again, i could just...make one.  right?

hell yeah, that's right?  and the genius part of this whole operation?  i'd bought a pair of white compression pants as part of my running costume that were a good bit too long.  when i compared it to a pair of capris i've been training in, it came to me:  i would make the fanny pack out of the extra material! 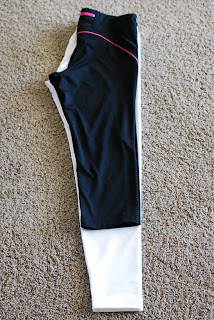 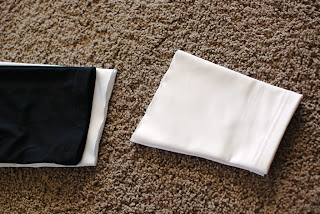 i realize that i sound like a lunatic at this point, and i really wouldn't blame you if you stopped reading right now.  but just in case, i'm going to show you what i ended up with.  you know you wanna see.  you know it, and i know it, and that's why i'm going to continue with my story as if i weren't starting to doubt my own sanity right along with you.

i pulled out the store-bought fanny pack and gave it a closer inspection to get a better idea of what the pieces looked like that comprised the thing.  i unzipped it and pulled it apart and twisted it this way and that and started making some notes.  and yes, i realize that this thing resembles...a pink taco. 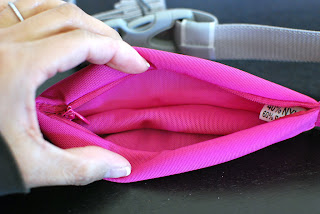 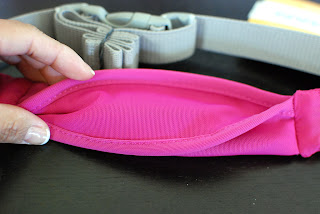 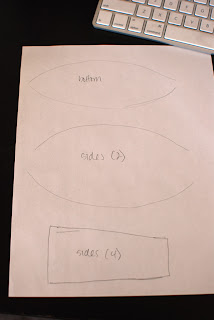 i took the bits i'd sliced off of the pants and cut them open to lay out my pattern pieces.  luckily, i had exactly enough for what i needed. 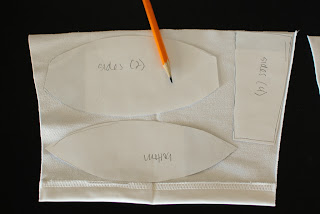 it'd been quite a long time since i'd sewn a zipper - let alone an invisible one.  i have a big ol' bag of randomly sized invisible zippers in various colors that i bought on sale in downtown l.a., and i chose one in my favorite color to use.  after consulting the google, i shortened it to fit my pouch and then spent an embarrassing amount of time figuring out how to sew the damn thing in. 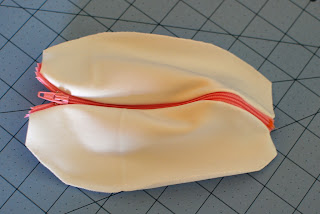 i managed to hunt down this strap thingy that came with one of the blankets that the teen got at the microsoft event with nick jonas last summer.  since we never use this thing, i plucked the stitches out of it to reuse one of the buckles for my project.  don't you love how very thrifty and eco-friendly i'm being here?  recycle and reuse, people! 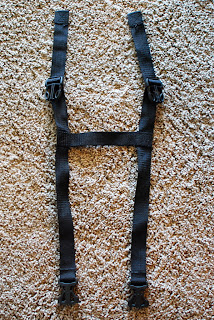 but there was one thing i did scoop up that was just so perfect, i had to spend the $3 for it.  look: 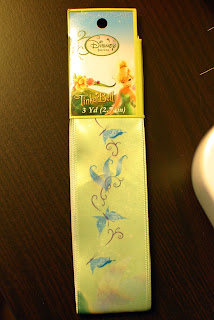 how delightfully cheesy and appropriate, right?  i can see you rolling your eyes from here.  stop it.

i created straps by sewing a couple of lengths of the ribbon together and ironing them flat, then added the buckles and attached them rather haphazardly to my pouch. 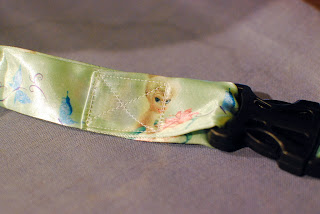 it isn't the most perfectly sewn thing that ever was, but then again, who cares?  it's a freaking fanny pack.  i'm only gonna use the damn thing for about five hours and then stick it in a drawer and forget all about it. 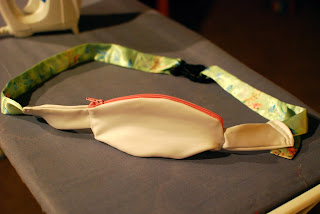 and now i can go back to that running store and exchange that stupid $20 fanny pack for other stuff i'll need.  maybe i'll splurge on some fancy socks that will hopefully help keep me from coming home with a half dozen new blisters after completing the 13.1 mile course.

Email ThisBlogThis!Share to TwitterShare to FacebookShare to Pinterest
Labels: caught the sewing bug, tinkerbell half marathon, wan is a genius