don't mess with the bean's friends

the bean and i sure love our playdates.  so we were excited to carve out a time to meet up with our friends dailygluttony, miniDG, lilcee and mini cee.  even better?  we decided to take the kids to an old favorite...pretend city.

the only downside to all this was the fact that about a gazillion other parents had the very same idea.  so when we got there, about ten minutes after they opened, the parking lot was completely full and we had to follow the signs to get to the overflow - about a country mile away.  poop. 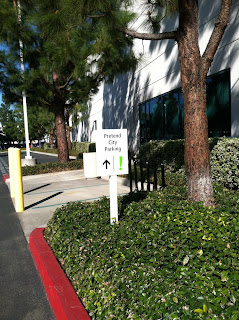 no biggie.  the bean was super excited to see her pals, and chattered away as we made the trek to the entrance.  it was fun to watch them run around and play together in the various areas, and DG and lilcee were just as entranced at the miniature city as they were.  it wasn't long before the kids found their way to the marina area for a little water play. 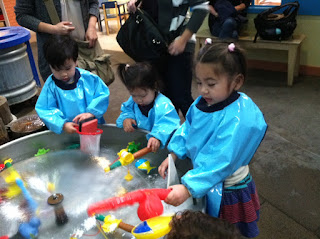 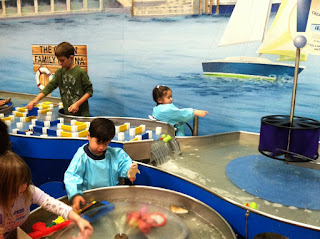 luckily, they got over it pretty quickly and headed into the doctor and dentist's offices. 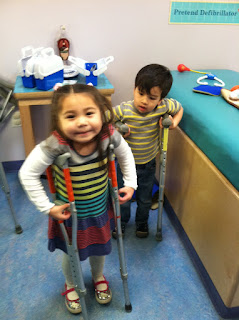 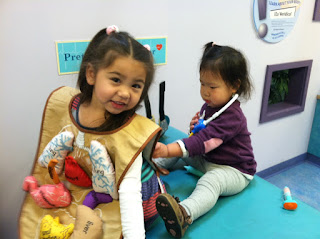 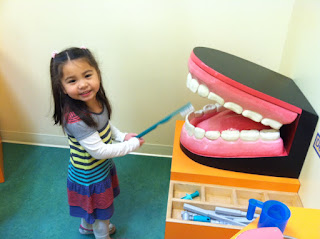 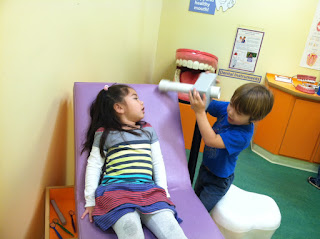 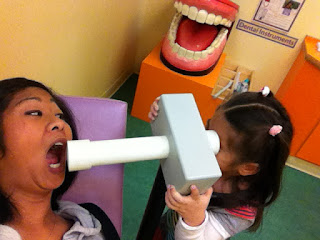 they did a little cooking in the restaurant, which was hawaiian-themed this time.  i love how it's different every time we return to pretend city. 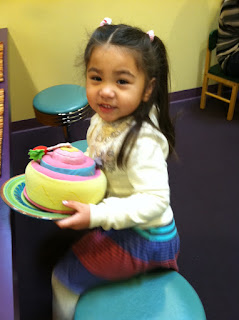 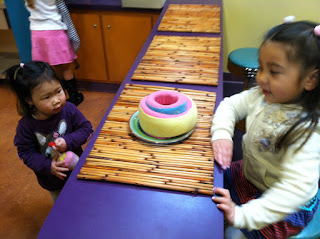 on the stage, mini cee happily acted as backup for the bean. 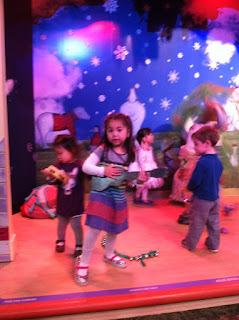 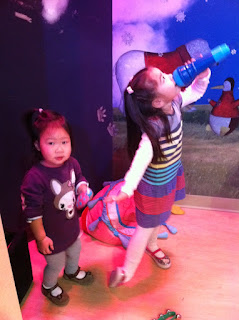 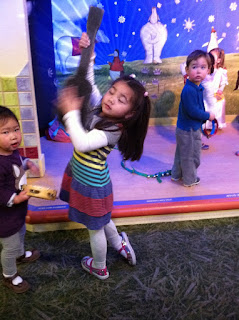 they had fun going through the house, too. 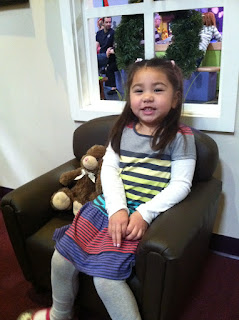 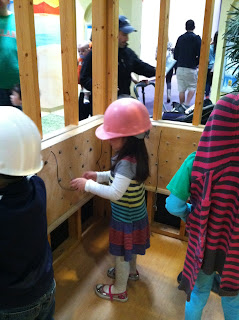 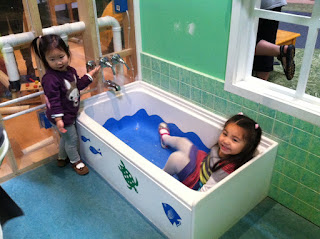 at the grocery store, the bean made herself busy filling her basket with all sorts of fruit and veggies that she wouldn't actually eat.  oh, and a box of her favorite cereal. 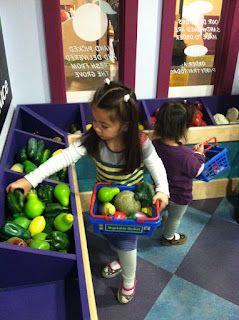 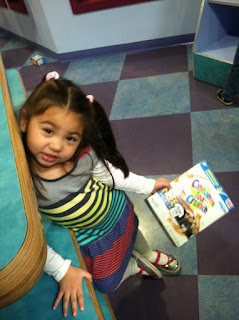 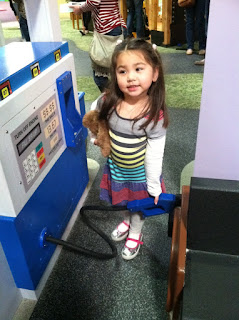 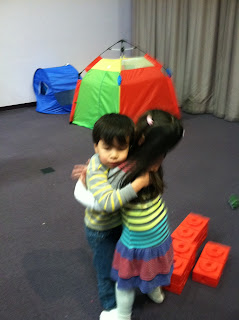 there was a point where we lost track of mini cee for a few moments, and spied her coming out of a tunnel with tears streaming down her little face.  when lilcee went to investigate, it seemed that some bigger kids had practically trampled her as they went through the tunnel.  the bean, upon hearing this, stormed right over to where those kids were and from the look on her face, furiously ripped those little bullies a new asshole.  like, she had her hands on her hips and errrrythang.  it was comical and alarming and cute all at the same time.  geez.  we made our exit shortly thereafter.

at the neighboring irvine spectrum, we tried first at ruby's diner, but after being told that the wait was at least a half an hour, we ended up at california pizza kitchen.  this is always a kid-pleaser. 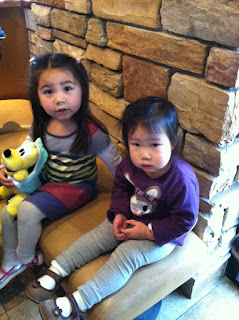 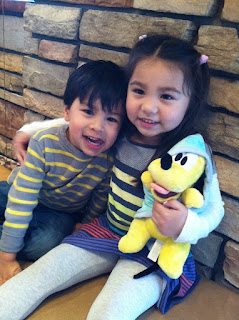 they all wanted to sit next to each other, so we made it happen.  and it was fun watching them enjoy their identical entrees (mac & cheese, of course) and then indulge in a yummy ice cream sundae. 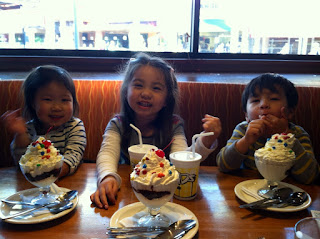 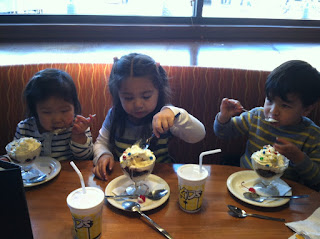 Email ThisBlogThis!Share to TwitterShare to FacebookShare to Pinterest
Labels: food is better with friends, playdates