patience is a virtue

with MIL home and willing to hang out with the bean for an afternoon, the teen and i headed to disneyland the monday before christmas to pick up the stuffed animals that were on the top of bean's santa list.

of course, this also meant a chance to take a turn on some of the fun rides that we can't usually go on when the bean is with us.  we tried taking her on star tours since she's tall enough, but she declared it "too much fun for me" and now has a fear of "starburst."  heh.

because it'd been so long since we last rode it, the tower of terror was scary fun and new again. 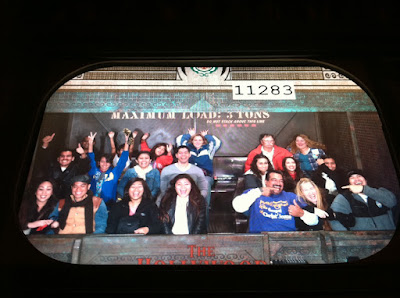 space mountain is a another big favorite of ours.  it's seriously the best ride at disneyland.  so despite the posted wait time of 65 minutes, we trucked our happy asses in and joined the line.  it was a beautiful evening. 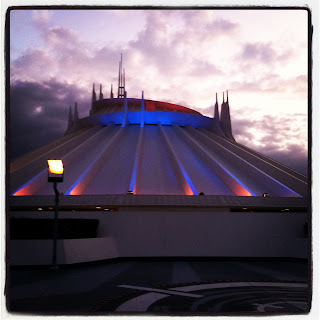 but about ten minutes into it, park staff came down the line and explained to everyone that the ride had broken down and they didn't know when it would be fixed.  as we watched the majority of the line mumble and grumble their way back out into the park, we decided to join the few die-hards and wait it out.  after all, it was the only attraction we really wanted to ride.  the cast member at the front of the line shared that the expected wait time was about 45 minutes - so, less than the original posted time anyway even with the 10 minutes we'd already stood around. 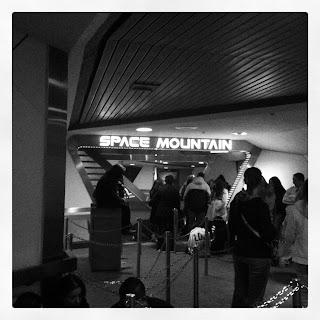 and sure enough, right around the 45-minute mark they announced over the loudspeaker that boarding would begin once again.  a cheer went up as we all got up and excitedly headed through the corridors.  it was strange to look behind me and see absolutely no one there as we traipsed along. 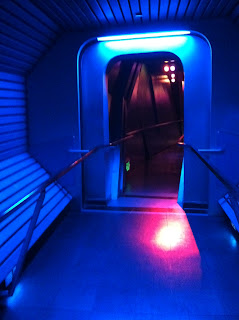 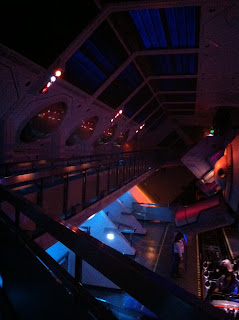 oh, and the best part?  because no one knew yet that the ride was up and running, there wasn't a single soul in line as we approached the boarding area after our turn was over.  and so we got to do something that we've never, ever done before - we got to ride space mountain twice in a row without having to go through the line again. 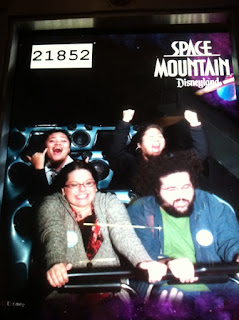 Email ThisBlogThis!Share to TwitterShare to FacebookShare to Pinterest
Labels: disneyland, too much fun