my friend kelley and i are taking our kids to see the fresh beat band in concert next month.  i'm not sure if she's told li'l d yet, but i haven't shared it with the bean yet.  and whenever we watch nick jr. (which is every. stinking. day), the commercial advertising the tickets inevitably comes on - and then i have to duck her excited queries: "mooooom, look! is the fresh beat band gonna come here?  where we live?  can we go see them on the stage?"

i don't really know why i'm keeping it from her.  it's gonna be great for bribing her to do [insert random act she doesn't want to do] between now and february.  yes, i'm a fabulous mom who totally holds shit over her kids' heads to get them to do stuff.  hand me my tiara and trophy now.

and so even though i haven't actually confirmed that we've got tickets in hand for the concert, she hasn't really questioned me as to why i've been working on a costume for her to wear.  there are two girls in the band, and because "kiki" has long, dark hair like the bean's, well - that's who she's going to dress up as for the show.  see? 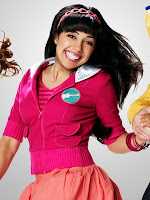 i finally sat down this weekend and whipped out the first part of the ensemble - kiki's hot pink zip-up hoodie.  it's actually quite simple, but of course i managed to turn it into something complicated as hell.  heh.  i'd picked up a plain sweatshirt at target, along with some colored felt to make the patches for the front and back.  and then using a free printable i found via pinterest, i made a stencil for the guitar, traced it onto the white felt, and cut it out in two sizes. 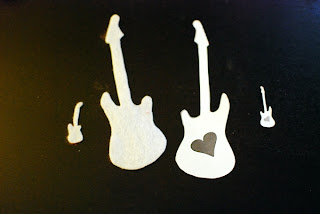 yeah, it was kind of a pain in the ass to cut around those tiny curves on the small one.  and then when i looked at the "real" kiki, it isn't even the right kind of guitar.  bah.  whatever.

oh, and i'm terrible at cutting circles.  but at least i had a spool of thread in my collection that matched perfectly.  bonus! 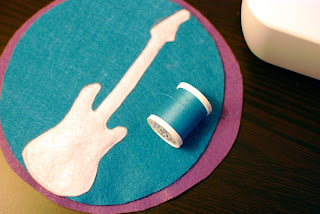 next i had to shorten the sleeves and replace the stretchy cuff.  i totally held my breath as i sliced into the first sleeve with my scissors, because it's just so weird to chop up perfectly good clothing.  and then i had a slight panic attack when i realized that the cuff was smaller than the upper part of the sleeve that i had to sew it to.  crap. 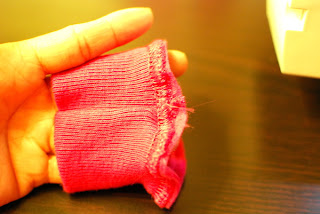 but i managed to figure it out and got both sleeves done to my satisfaction.  and the bean was pretty stoked when she tried it on for me. 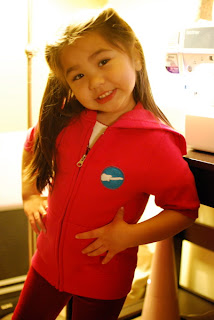 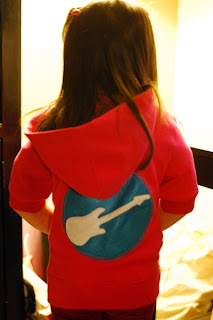 all i have to do now is make the skirt with a little petticoat underneath.  she can wear it with a pair of leggings she already has, a plain tee under the jacket, and we'll find her a pink headband to wear.