the white elephant in the room

the annual SFAMily holiday hoorah came a little late this time around.  we had a hell of a time trying to find a date that folks were available in december, and so we decided to just wait to have our GTG.  besides, it wasn't like our merriment would expire along with the holidays.

i was pleased to host again, even though i live out in BFE compared to most.  plus, it gave me an excuse to keep this little fella out a little longer than the rest of the christmas decorations (which we'd wasted no time in putting away - literally the day after christmas): 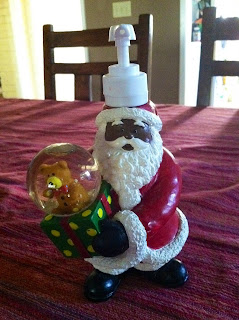 as always, this group is no slouch when it comes to food. 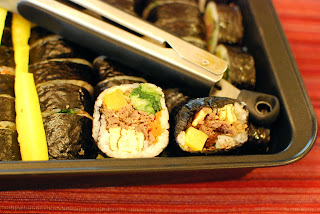 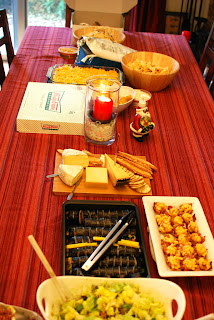 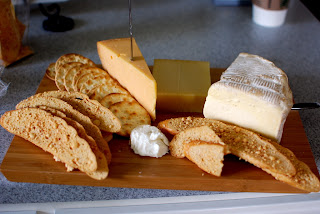 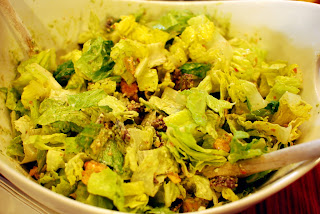 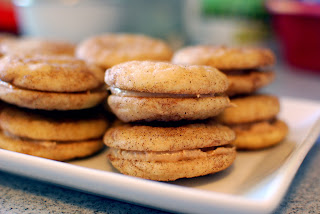 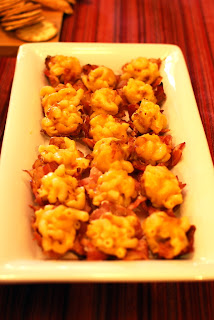 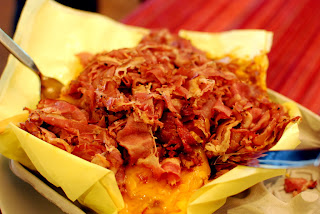 this year, we expanded the group to include the OC contingent.  this resulted in a shortage of chairs, and poor courtney ended up...here (but just for a few minutes, till we worked it out). 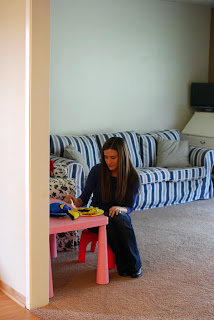 after we'd stuffed ourselves silly and hooted and hollered over stories old and new, we gathered in the living room to have a little fun with the white elephant gift exchange.  this year, there was lots and lots of nail polish (and these little packages were also the hottest items, being stolen over and over). 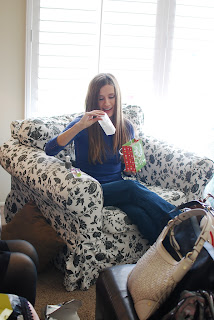 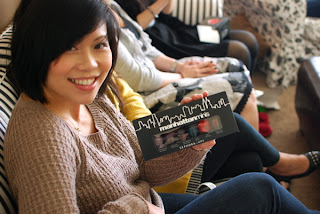 the monkey had fun opening several packages in the bag she'd selected. 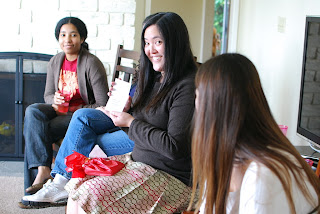 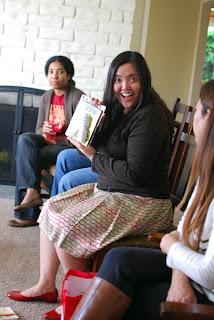 poor ashley got sucked in by the pretty unicorn bag that the monkey brought, and what was inside?  a shake weight. 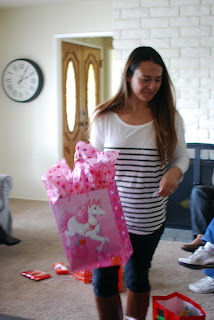 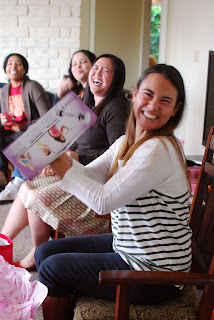 aline was the lucky recipient of my own awesome contribution - a hot pink forever lazy with matching socks. 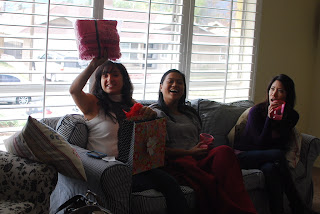 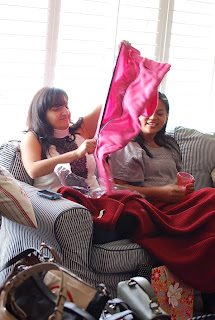 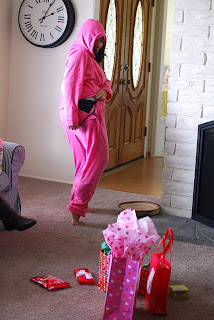 poor tater.  she got stuck with...this.  but she accepted her fate with a smile. 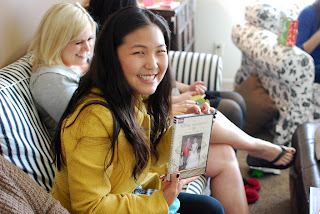 after it was all over, everyone had a little fun with that shake weight.  it seems to bring out some pretty fantastic facial expressions to all who touch it.  comedy. 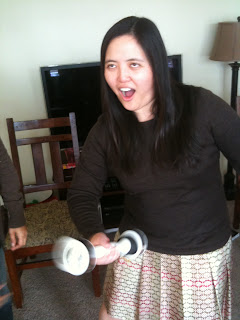 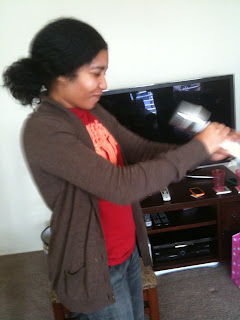 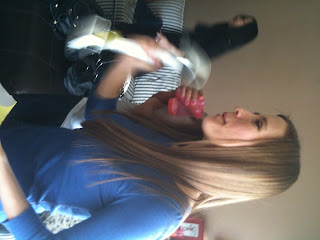 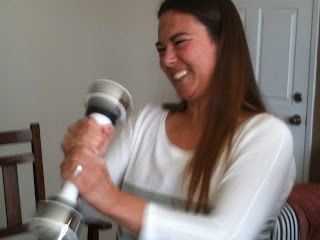 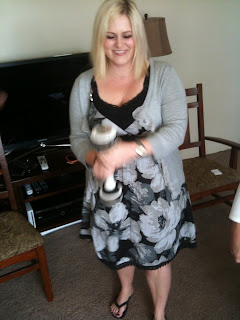 and of course, the group shot. 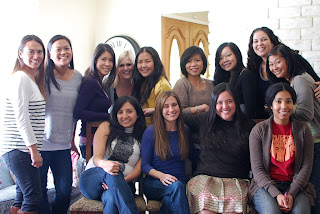 plus a bonus silly version.  i couldn't stop laughing at FGD's idea of a "silly face." 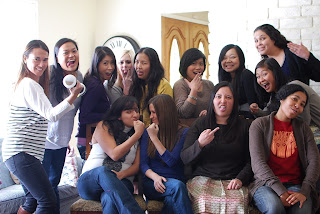 before she left, i made the monkey pose with her awesome kate spade bag.  i love that bag, it's so damn cute. 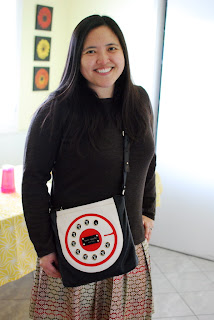 another holiday hoorah on the books!  my friends are awesome.
at January 19, 2012

Email ThisBlogThis!Share to TwitterShare to FacebookShare to Pinterest
Labels: SFAMs, the holidays are truly over