a couple of weeks ago, the bean and i met up with lilcee and mini cee to attend maddy logelin's batman-themed party.  the evite encouraged folks to dress up in superhero gear, and a trip to old navy yielded a cute purple batman tee for the bean and a superman one for me.

the logelin home is really cool - there's a fun hill with big ol' rocks to climb, plus a pond.  after spying other kids around their ages, the bean and mini cee wasted no time in clambering up there together hand in hand. 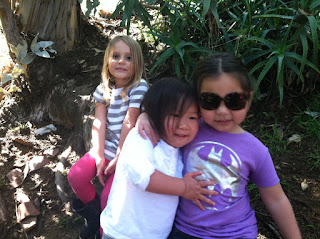 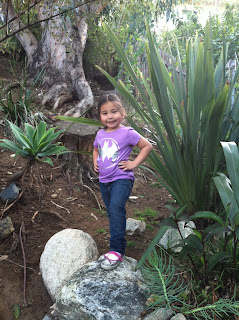 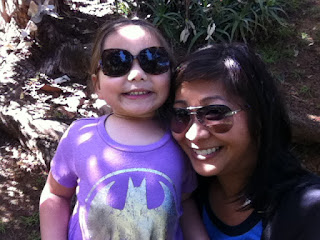 there were no less than four piñatas present, with two hanging as decorations, one full of candy for the kids, and this one.  according to matt, it was chock-full of miniature bottles of booze.  lilcee and i thought this was hilarious. 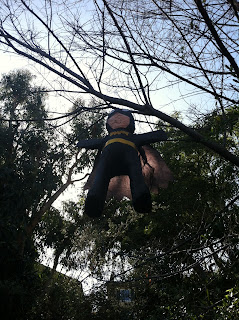 when we were finally successful in getting the girls to come back down, they happily accepted juice and sat down to color some superhero pictures. 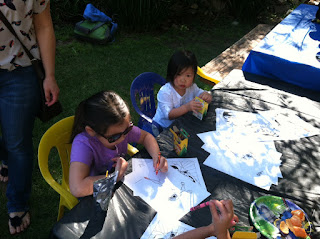 the first game had the kids hunting for foam batman icons in the front yard.  the bean found just three, none of which featured the star that would've won her a prize: 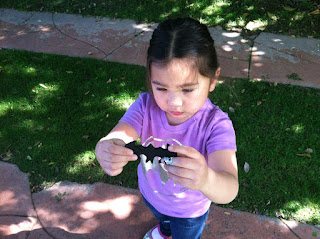 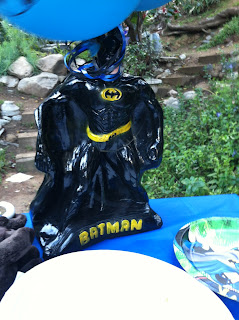 snack time!  how cute are these batman PB&J sandwiches?  i took a big ol' bite out of one before i remembered to snap a photo.  oops.  and before you ask - the bean took it and handed it right to me when she realized there was jelly in there.  she's even worse at eating fruit than her mother. 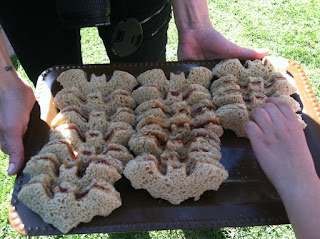 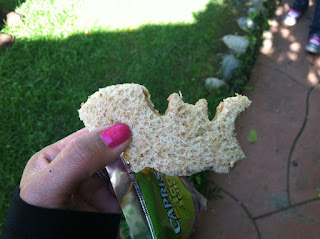 when she discovered this fun race track, it was hard to pry the bean away from it. 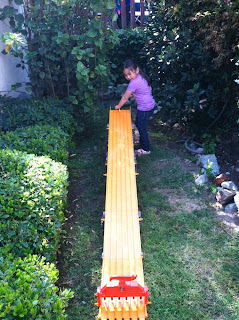 but once she heard that there was cake, it was more like "cars?  what cars?" 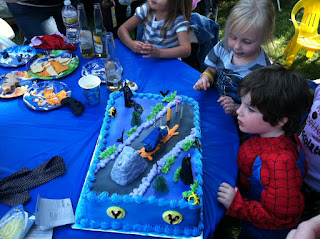 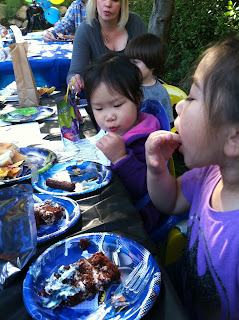 do you have any idea how difficult it is to explain what this is to a 4-year-old?  pretty damn hard, lemme tell you.  "that's a big CD, mommy."  indeed, my love. 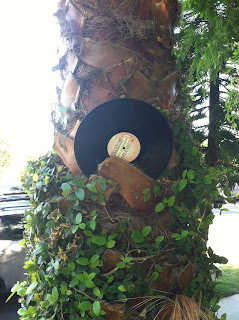 it was fun watching the kids go after that piñata.  they were blindfolded for the first round, and when the thing proved to be far sturdier than originally thought, the kids got a second chance with eyes wide open. 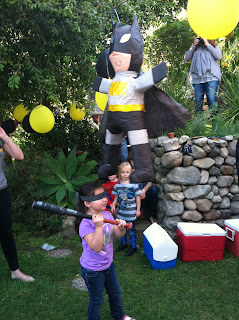 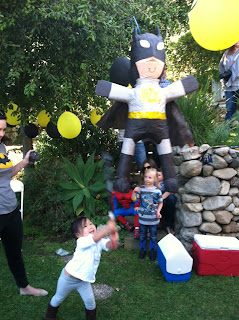 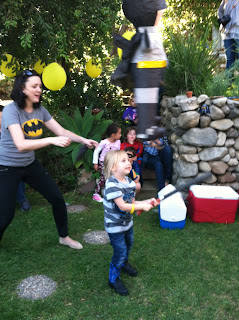 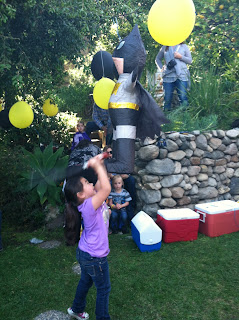 lastly, the adults got a crack at it.  matt went after it with gusto. 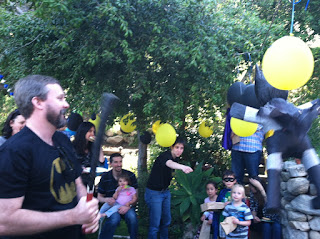 finally!  the bean is rather cautious about this kind of stuff.  she kind of hangs back so as not to get trampled, content to pick up pieces of candy here and there that the others overlooked.  i'm cool with that, because it usually means that her bag isn't too full. 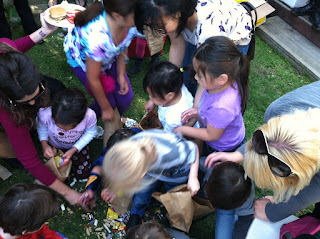 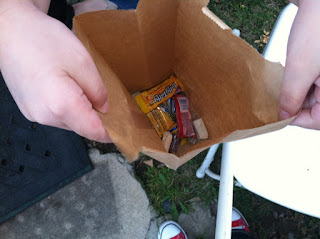 when "batman" arrived, i thought maddy was gonna lose her mind.  it was so much fun to watch her react to his arrival, and she lit up every time he spoke to her.  as for the bean - well, let's just say that i'm probably pretty safe from having to hire any characters to appear at her parties. 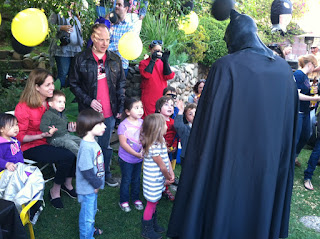 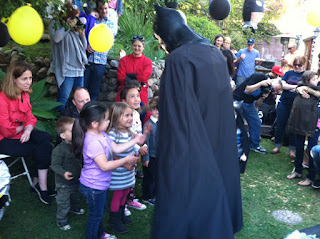 but that didn't stop her from joining in when there were fun prizes to be had. 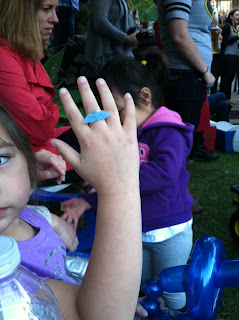 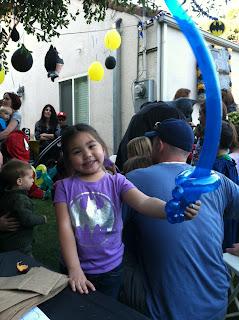 a parting gift was the perfect thing for keeping the girls occupied in the car when the party was over.  none of them wanted to leave, but a goody bag sure helped. 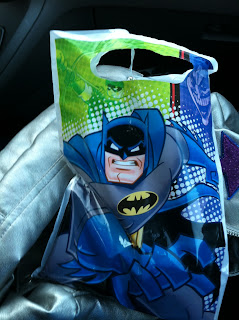 the bean had just stopped talking about "my new best friend maddy" when we ran into her and her daddy at the mall just last night.  and with less people to distract her, maddy was adorably talkative and friendly with us.  and the bean thought it was fun to see her again.