like her mother, the teen loves free shit.  so when we found out that disneyland annual passholders were invited to a preview of snacks and merchandise for the new "cars land" at california adventure, we made sure to put it on the calendar.  the bean prefers DCA to disneyland for the most part anyway, since her favorite rides are there.

when we arrived, these signs pointed the way to the event: 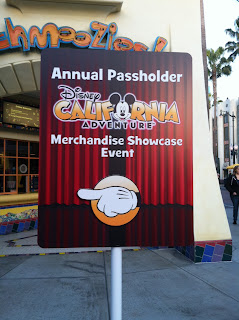 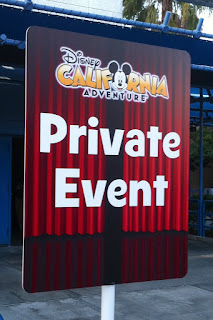 new shirts created just for cars land were on display just beyond the ropes. 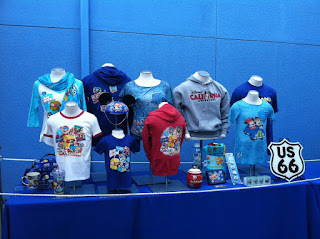 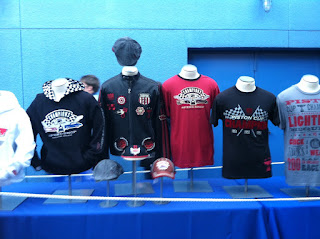 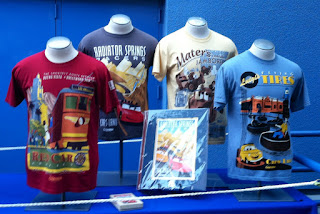 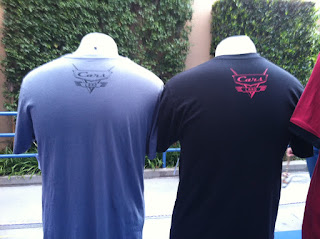 there wasn't really a ton of stuff to see, but we were greeted warmly by the cast members as we joined the line for free samples of slushies and popcorn. 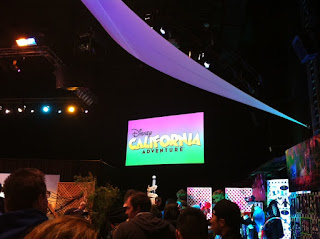 the retro-style uniforms that the cast members assigned to this new area were on display too. 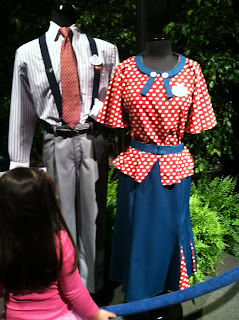 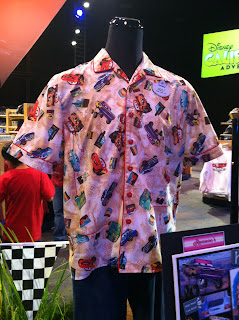 looks like there's going to be a new stage show, along with merchandise and specialty cups for the concession stands. 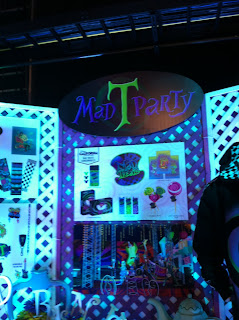 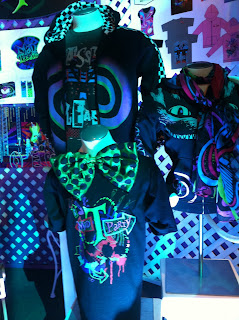 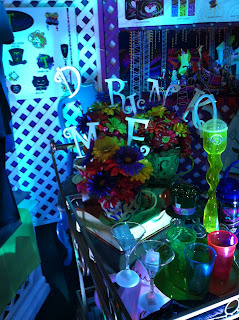 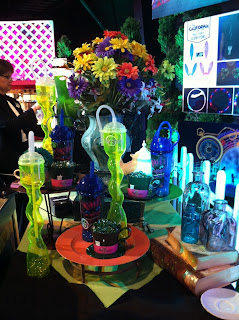 the girls were pretty happy to get their first taste of the two new slushie flavors - green apple and cotton candy. 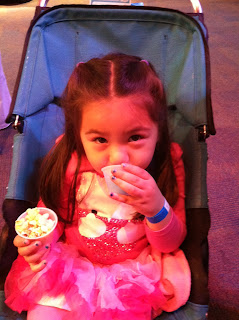 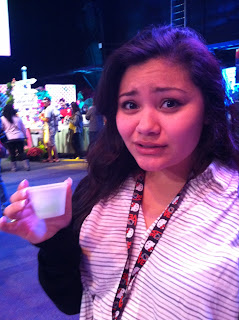 and the popcorn was flavored - dill.  it had a wonderfully savory, slightly sour taste to it.  in fact, we liked it so much we went back and bought a full-sized scoop of the stuff. 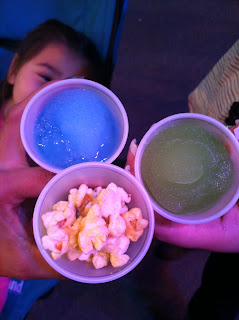 they were obviously anticipating high demand for this special sneak peek at the merchandise.  cashiers lined an entire wall, just waiting to take people's money. 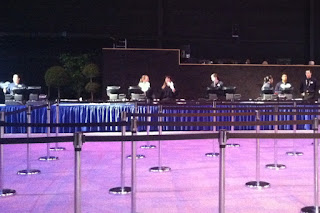 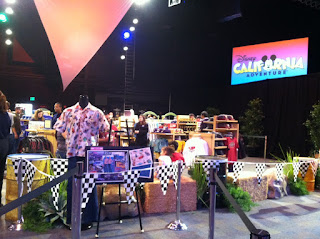 before we went in to check it all out, the girls posed with lightning mcqueen and mater. 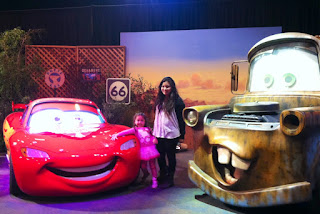 we liked the ears. 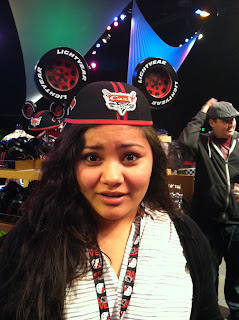 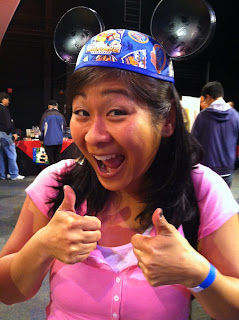 this was my favorite tee out of the bunch.  i just didn't feel like shelling out $35 for it. 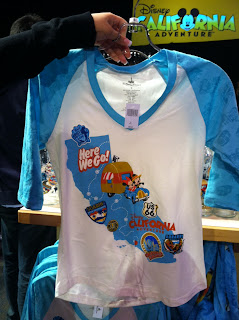 a couple of other cute items, including the limited edition collector's pins and coins available only to annual passholders. 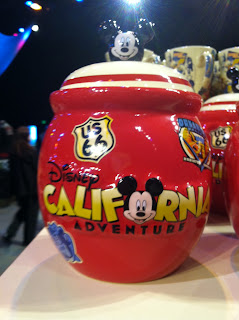 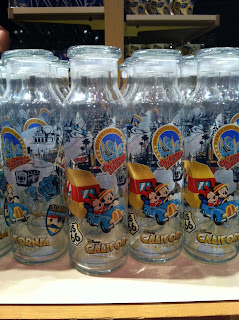 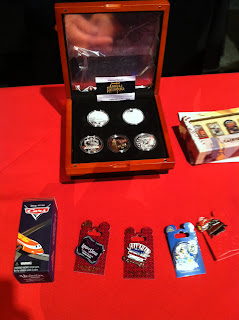 we rode a few rides and then checked out the preview center for cars land that we'd always bypassed before.  from the entrance, we could peek over the wall and get a glimpse of what's coming on june 15th: 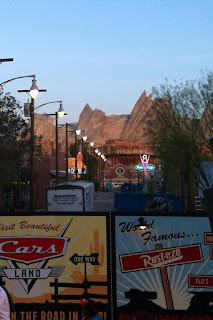 although it looks super cute and tons of fun, i'm going to be a little sad to see DCA get crazy crowded once cars land opens.  we've always been able to head right in there and have plenty of room to move around and ride rides without a terrible wait, and that's going to come to an abrupt end in a couple of months.  much like our quiet tuesday mornings at disneyland, now that spring break is here and leading right into grad night celebrations and then summer vacation, i fear that the freedom we've enjoyed at both parks is coming to an end.  boo.  and by the time it dies down again - like after the kids are back in school - our passes will expire.