whenever i order a milkshake, i always ask for a malted version.  so yummy.  and so when i saw picky palate's recipe for loaded malted chocolate chip cookie bars, i knew i had to give it a shot.  plus, it gave me the chance to use up some ingredients that have been sitting in my pantry for a while.

i first discovered these delicious little crunchy chocolate balls at dots cupcakes.  they used them to top their chocolate cheesecake flavor (which they sadly discontinued not long afterwards), and they're so yummy.  my boss over there told me that she ordered them in bulk - like 5-lb bags at $75 a pop - but then i found them in the bulk section at whole foods.  they're still not particularly cheap, but much more affordable.  the last time i stocked up, i spotted them in white chocolate and scooped some of those up, too. 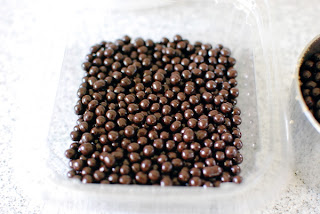 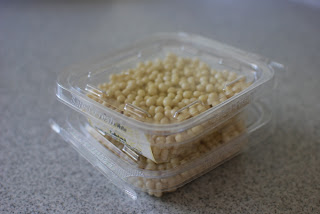 i'd picked this up at target a little while ago, and the bean loves to sprinkle them on top of her hot chocolate. 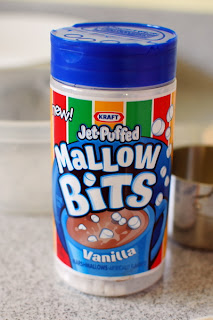 and the magic ingredient: 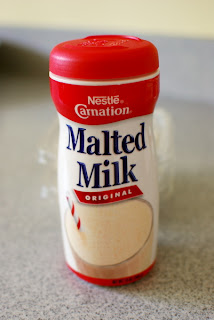 the batter for these cookie bars was really thick, and even more so after i mixed in all of the goodies.  think there's enough stuff in there?  we're talking mini marshmallow bits, dark and white chocolate balls, plus chopped-up malt balls.  my sweet tooth was practically singing in anticipation. 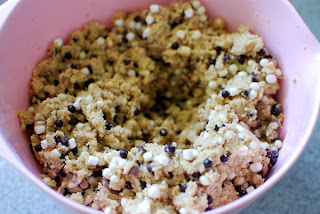 as if that weren't enough, after pressing the dough into my pan, i topped it with even more malt balls and white chocolate balls.  craziness. and then here's where it went horribly wrong.  being a fairly warm day, i'd decided to skip heating up the big oven and instead baked it in my mini convection oven.  remember how i used to rely on that thing for all of my baking back in the days of apartment living?  well, this time it failed me: 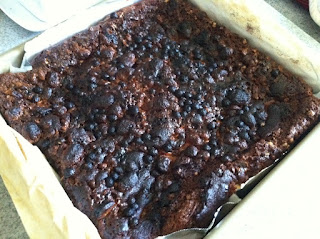 is that the saddest sight you ever saw, or what?  and with all of my pricey ingredients mixed in!  ugh.  i was so bitter as i flipped the whole damn thing right out into the trash can.  but not bitter enough to skip a round two.  although i did wait a day before trying again - i'd already had a baking fail earlier in the day when i attempted some red velvet muffins without a recipe.  now that was sad.  oh, well.

i thought that maybe the fancy chocolate balls might have been a bad call - see how they turned black as coal on top there?  perhaps they were okay mixed in the middle of the batter, but i decided not to chance it this time and used basic chocolate and white chips instead. 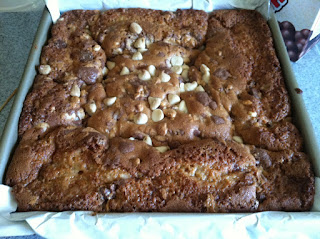 success!  after it cooled completely, i cut it into bars. 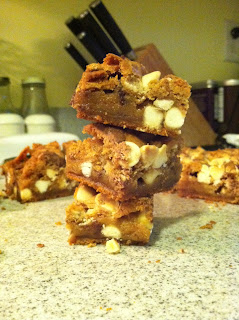 and let me tell you - these are SWEET.  i loved 'em, but both the teen and the hub winced a little at the level of sugar in them.  it's a good thing the pan doesn't yield a ton of them - a little goes a long way.

but still...give 'em a try if you like sweets.  and malt.  and white chocolate.  and crunchy little mini marshmallows like the kind you find in prepackaged cocoa mix.  ohhhhh, so good.