happy new year to us

so waaaaaaay back in june, the teen and i registered for the inaugural new year's race resolution 5K.  it sounded pretty cool - a nighttime run through downtown los angeles.  and since it wasn't on new year's eve or day, we figured it wouldn't conflict with any party rockin' plans.

except, oops.  it didn't occur to either of us that it fell on the last saturday of winter break.  and so of course, there were no less than four different parties that the teen could've gone to with her friends.  i'm lucky she's still speaking to me.

we headed downtown to the millennium biltmore hotel the day before to pick up our bibs and check out the expo.  i remember this hotel mainly because one of our high school dances was here...but i didn't go because i was a loser.  heh. 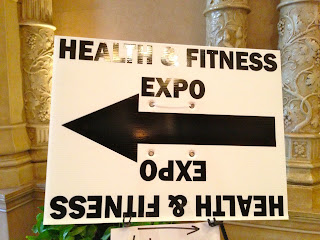 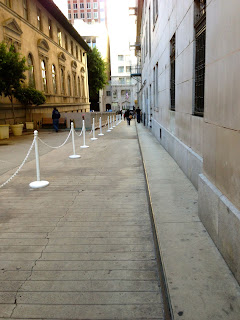 doesn't really matter anyway, because the basement-level area we were directed to was nothing to write home about.  and it was like pretty much every other bib pick-up i've been to. 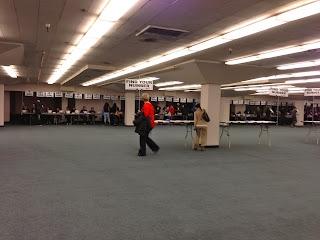 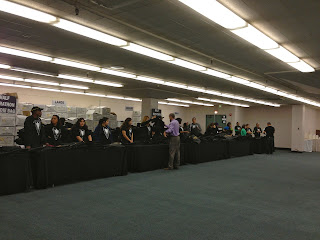 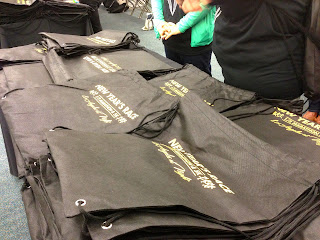 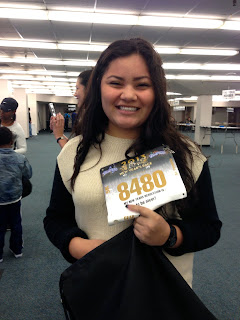 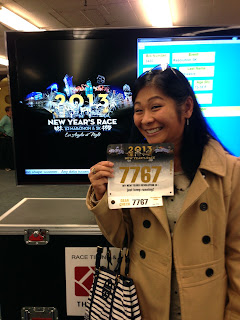 i briefly considered picking up this hoodie, but since it mostly highlighted the half marathon the teen talked me out of it. 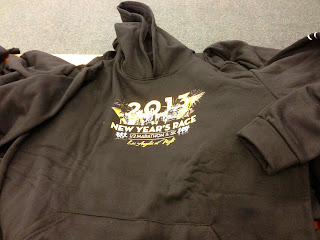 there really wasn't anything super exciting at the expo.  the bean grabbed some juice here: 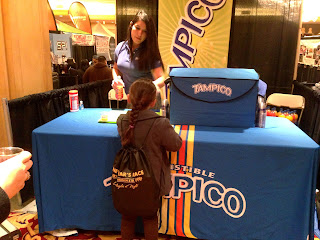 picked out a headband for her sister: 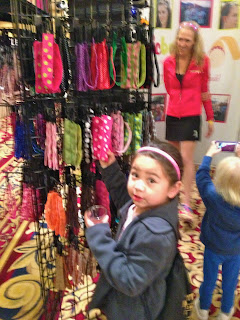 and did a heavy rope challenge. 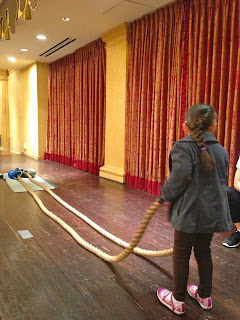 on our way out.  i look like such a fat ass in this. 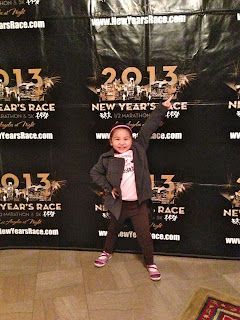 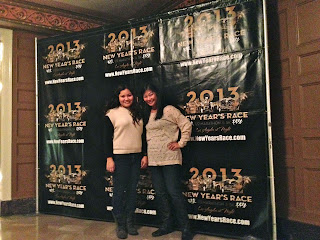 and then after debating several restaurants in the area, we decided to get the hell outta dodge and head towards home.  do you love where we ended up? 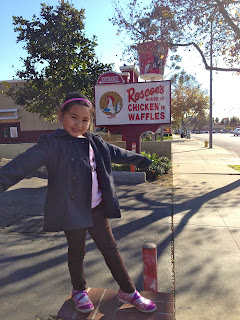 i ate every last bit of this, with the exception of a quarter of one waffle.  i'd done a 3-mile run that morning and hadn't really had anything to eat, and my body needed fuel. 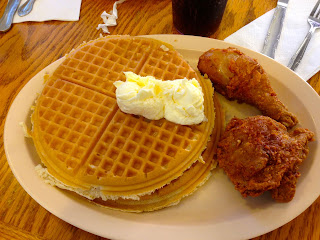