we were running with the night

as the temperature kept dropping on the day of the new year's race, i was seriously questioning my sanity.  well, that wouldn't be a first.  and it's not like i haven't run in (so CA's version of) "cold" weather before.  my morning runs of late have been pretty chilly, usually in the high 40s.  but at least then i have the sun to warm me a little.  at nighttime...not so much.

the teen wasn't particularly thrilled either, and i'm pretty sure she didn't believe me when i told her that she actually did agree to this.  it may have been six months ago, but i swear she was all in when i asked her. 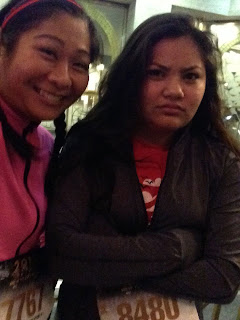 the hub and the bean dropped us off right next to corral 15, which was still pretty much empty as people were still arriving. 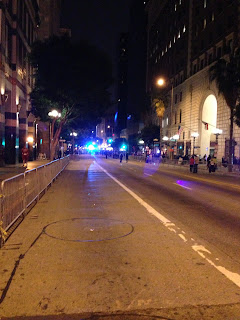 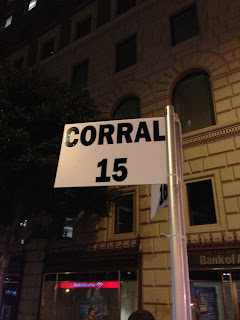 through the magic of facebook, i'd found out that one of the bridesmaids from my cousin r's wedding was at this race too.  we were trading text messages and decided to take a walk up towards the start line to see her.  on our way, we passed the corral i'd been assigned to.  i'm not sure how or why i managed to get so far up, though.  it's not like i'm particularly fast or anything. 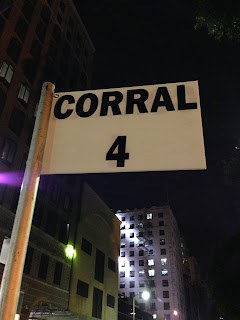 spinny is a social butterfly and seems to know someone everywhere she goes.  she's super sweet, and even though i feel a little weird hijacking my cousin's friend, i bet she'd think it was cool that we hung out. 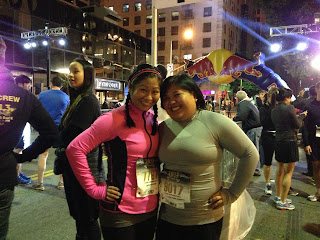 turns out that there was a whole slew of my cousin's friends there, and they remembered me and the teen from the wedding.  they shared their glow sticks with us, and we chatted a little as we waited for the race to begin. 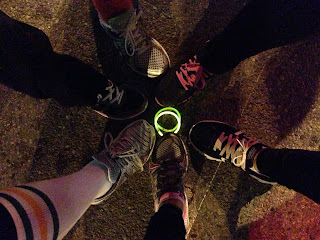 the teen finally allowed me to get a decent picture of us together. 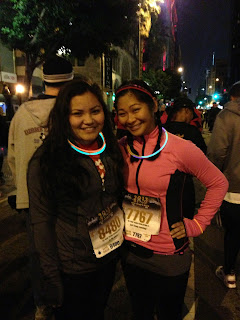 meanwhile, the hub sent me this picture.  he and the bean were near the start line and waiting for a table at bottega louie - which happens to be a place i've been wanting to try forever. 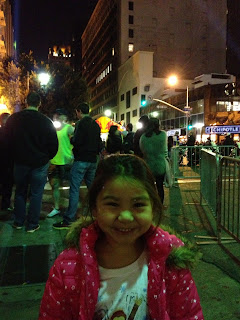 it was around this time that the teen finally took note of the different new year's resolutions printed on everyone's bibs.  mine says "just keep running!" and when she took a closer look at her own bib, i thought she was gonna shank me as she read "to be nicer."  i died laughing while she gave me the death stare and then finally laughed along with me.  still so funny.

the race was set to start at 9, which was already killing me as i really hate to have to wait around all day to run.  and being an inaugural run, this one ran behind schedule.  we didn't even start moving up towards the start until damn near 9:30. 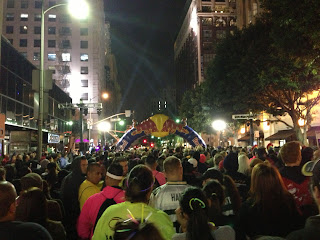 i suppose being in the very last corral didn't help.  and then finally, we stepped on the first timing mat and crossed that start line. 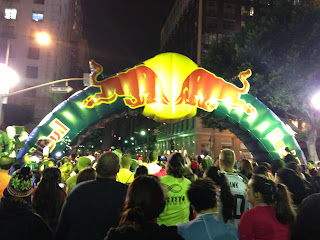 because the teen isn't really a runner, i was totally prepared to walk a big chunk of the course.  but she really surprised me as we took off running and kept going...and going...and going.  she made it all the way to the first mile marker before finally slowing to a walk.  i was really proud of how well she was doing, and i trotted along beside her like a besotted puppy.

before we knew it, we were here: 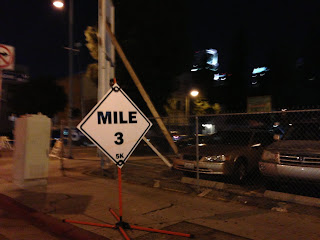 just before we reached the finish line, we passed a local news van.  too bad we were too early to photobomb their coverage of the run. 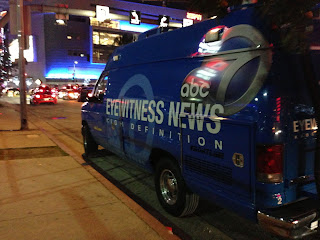 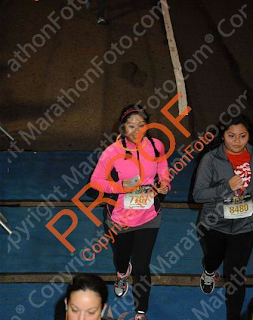 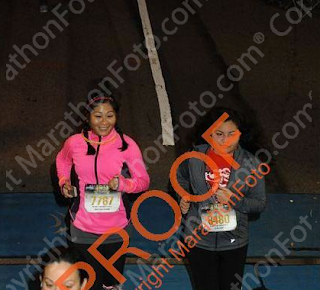 we earned some super sparkly, blingy medals.  first one of 2013, yo! 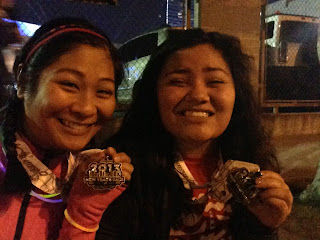 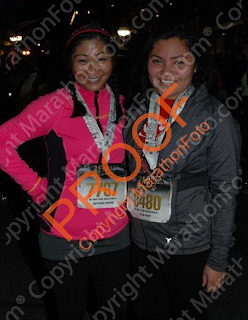 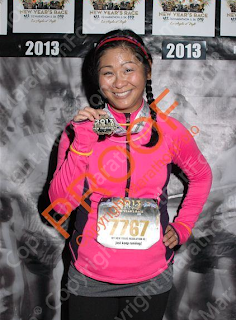 despite the slight snafu at the start, i thought it was a great course that was a breeze to run.  and although i'd been concerned about the cold, we found that the combined body heat from the bazillion people in the corrals kept us nice and warm.  i'm thinking i'll come back and do this one again next year!
at January 10, 2013

Email ThisBlogThis!Share to TwitterShare to FacebookShare to Pinterest
Labels: new year's race, running my ass off