after a quick conversation with lilcee, we discovered that the girls had both been clamoring for a playdate.  it'd been a couple of weeks or so since they'd seen each other, and comparing schedules showed that we all had a free day that weekend.

we'd originally discussed heading to disneyland, but quickly nixed that idea after finding out that they were expecting some sizable crowds that day.  boo.  instead, i suggested something i'd been wanting to try with the bean for a while:  bowling.

we arrived at the bowling alley first, and looked around to kill some time.  the bean was instantly drawn to the wall o'video games. 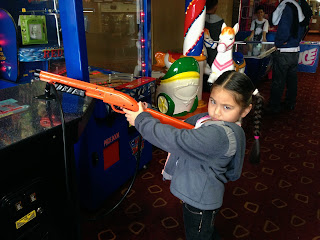 now that i look back on it, i'm surprised she didn't question the need to change into shoes that weren't hers. 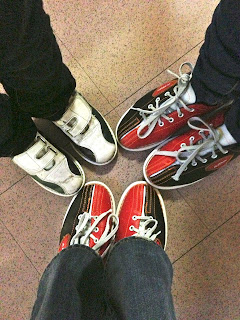 she and mini cee were pretty excited to get started. 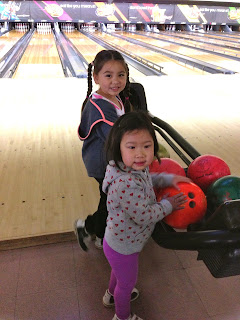 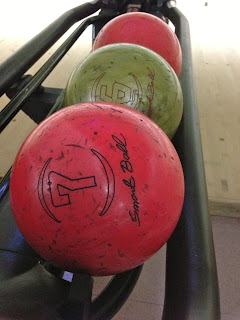 with the bumpers in place, i helped her take the ball down the lane to bowl her very first frame. 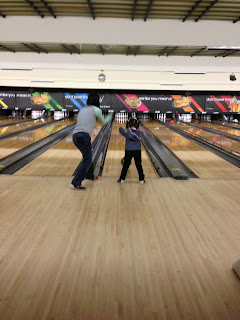 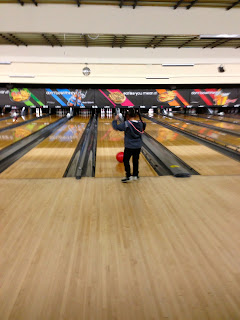 as she watched her sister, the teen went up to the front desk to request a gadget that would make the whole thing more fun for the girls. 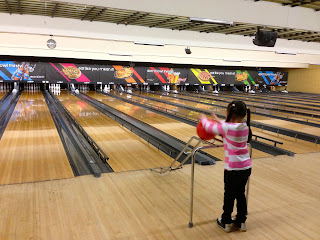 i'd never seen such a thing before, but it was like a little ramp.  you positioned it near the line, plopped the ball at the top, and pushed it off - giving the heavy ball some added momentum that sent it rolling down the lane at a much speedier pace than doing it manually.  it was cool. 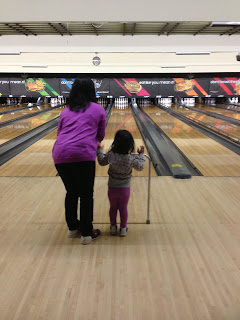 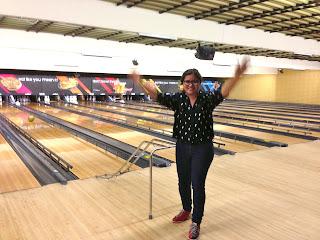 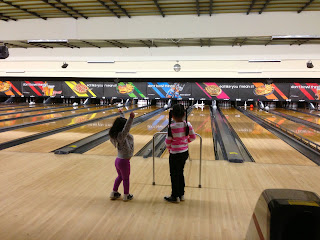 and yes, lilcee and i joined the fun too.  we didn't use the rail, though.  heh.  i hadn't been bowling in years, and had a blast. 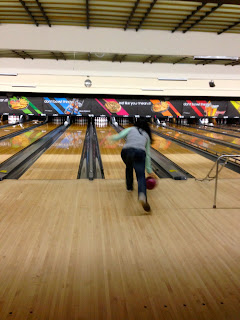 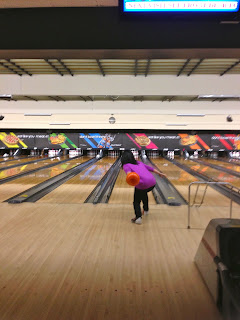 in between turns, the bean relaxed. 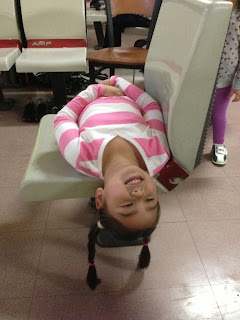 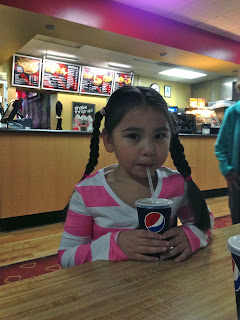 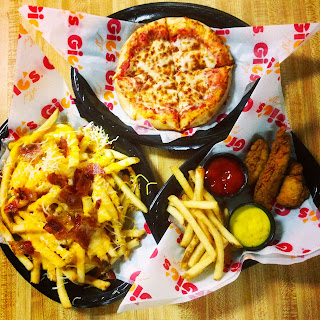 when our time was up and we were all bowled out, the girls got to play some of those arcade games. 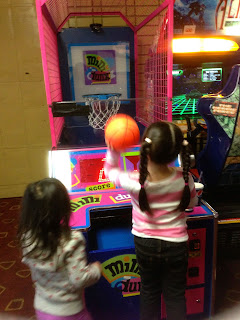 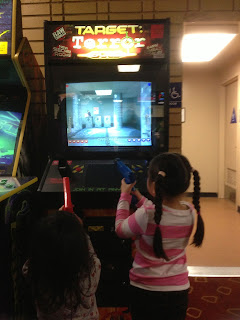 when i say "girls," i mean all the girls. 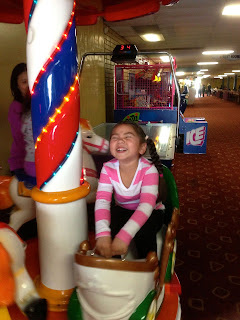 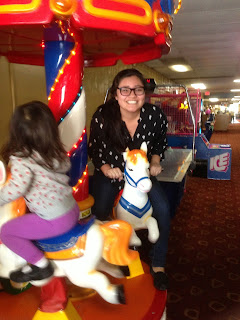 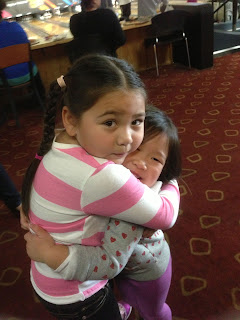