the bean had her turn to be the class "star of the week."  we got this poster just before winter break and because i am me, waited until the day before school started back up again to work on it.  procrastination at its best. 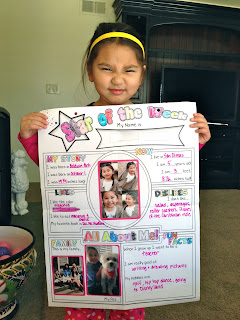 right after the new year, i got the itch to organize.  one of the things i tackled was our insane collection of nail polish.  the teen and i tossed a bunch of old bottles and then proceeded to separate them all by color.  we can pretty much open our own nail salon with this inventory. 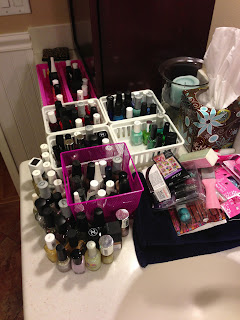 speaking of nail salons, i dragged my ass into one to get a much-needed mani/pedi.  i was so apprehensive about this, because i'd finally lost my entire left big toenail just last week.  gross, huh?  you're lucky i didn't take pictures to share.  the teen says i'd have lost every last reader left had i done that.  and i'm pleased to report that my feet are once again intact, thanks to a lovely acrylic enhancement.  i know you're thrilled. 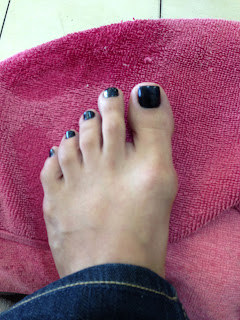 basketball season at the bean's school has begun, and so we get to bust out the cheer uniform once a week for the next month or so.  it just never gets old. 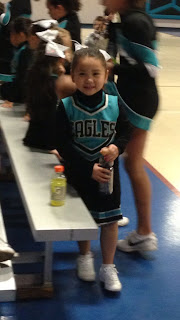 i've been trying to go through my pinterest boards lately, looking for new recipes and exercise routines and whatnot.  i came across one that looked interesting - add a sliced apple and cinnamon stick to a pitcher of ice water.  drink for weight loss/metabolism boost/extra energy. 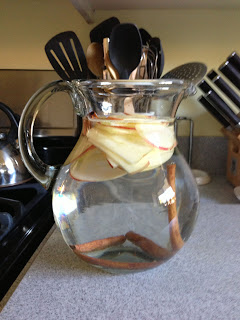 except that i went a little buckwild with the cinnamon sticks.  it's not bad, just really...cinnamon-y.  but it's a nice change from plain water, and still zero calories.

so i don't know what transgression i committed to deserve this, but i went to put laundry away one day and found this taped to the bean's bedroom door: 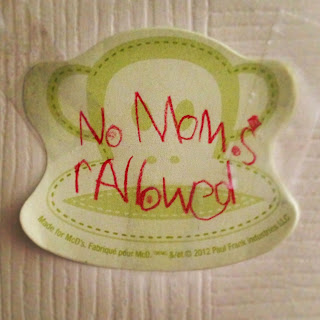 if it weren't so damn funny, my feeling box might have gotten a little dented.  instead, i still can't stop giggling when i look at it.  it's right up there with this one: 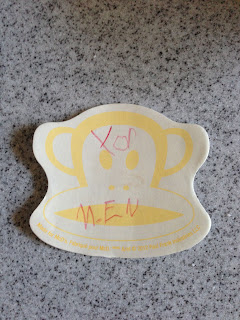 oh man.  so damn funny.  me, mean?  come on now.  and who can take a mean note seriously when it's penned on a piece of paper shaped like julius the monkey's head?  not me, that's for sure.

we have some fun stuff coming up this year that's going to require current passports for all of us.  of course, when we pulled them out to check their expiration dates, we found that all but mine need to be renewed.  first step?  new photos. 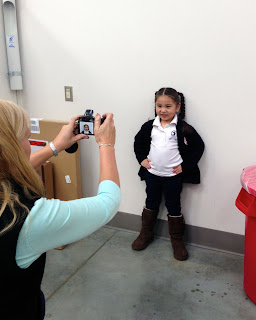 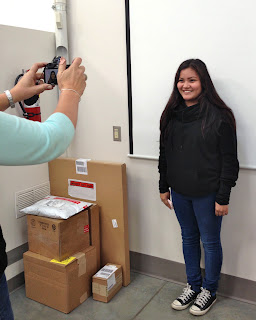 yes indeed, the bean did strike a pose for hers.  she sees a camera and it's just a natural reflex by now.

and how is mollydog, you ask?  well, she's doing just fine and dandy.  we took her for a bath this week and, prodded pretty hard by the teen, got her first paw-dicure. 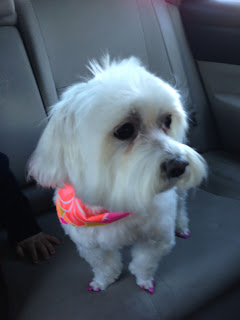 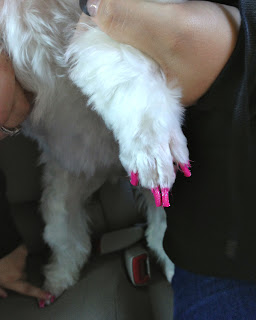 i know.  you can't decide whether that's cute or creepy, right?