girl scouts love ceremonies.  they do ceremonies for all sorts of things - earning badges, crossing from one level to the next, a tuesday.  okay, just kidding about that last one.  but seriously, they love to celebrate all sorts of stuff.

we were excited to plan out our very first ceremony with the girls.  it's the one where they receive their pins and officially become girl scouts, and it's called "investiture."  actually, this is a ceremony for both girls and adults who are joining the girl scouts family for the first time, so it was going to be fun for all of us, scouts and leaders alike.  families were all invited to join us and watch the ceremony, and we'd set up a little party afterwards, potluck-style.  everybody was excited - well, at least, i think so.  i'm still not sure the girls quite understood what the hell we were actually doing, but they went along with it anyway.

one of my co-leaders and i met up the night before the big day to finalize the details and do as much of the room set-up as we could, so as to lessen the running around we'd be doing when the parents and girls arrived.  we scurried around, clearing off counters and putting up a banner the girls had decorated and setting up the chairs for the group.

i got all of the pins out and arranged them on a table to be handed out at the end of our ceremony. 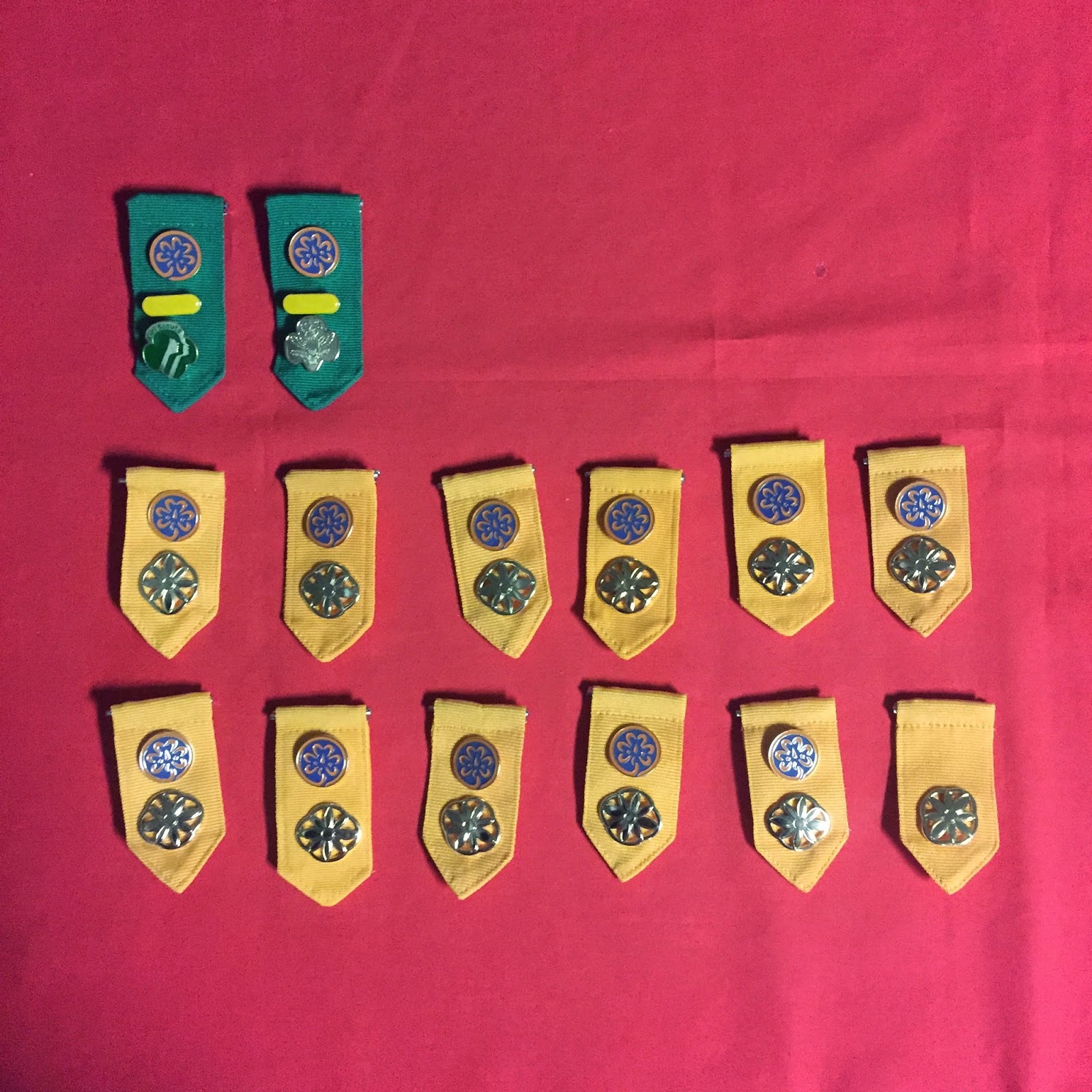 a little sidewalk chalk on the floor to mark the girls' positions was the final touch. 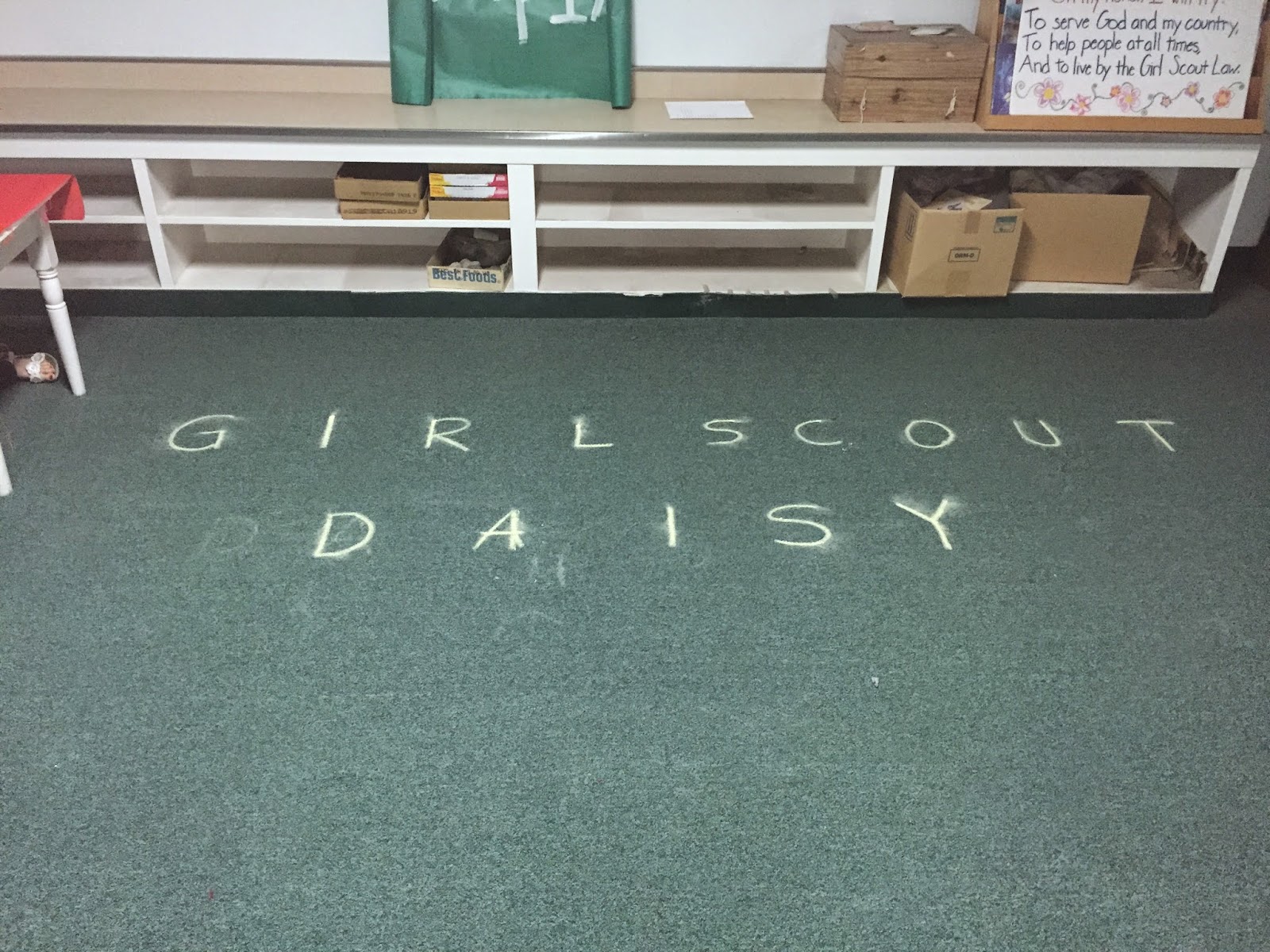 getting all of that done ahead of time was a good move, and it left us with just a few things to do when we arrived that evening.  when we were all done, the room looked like this: 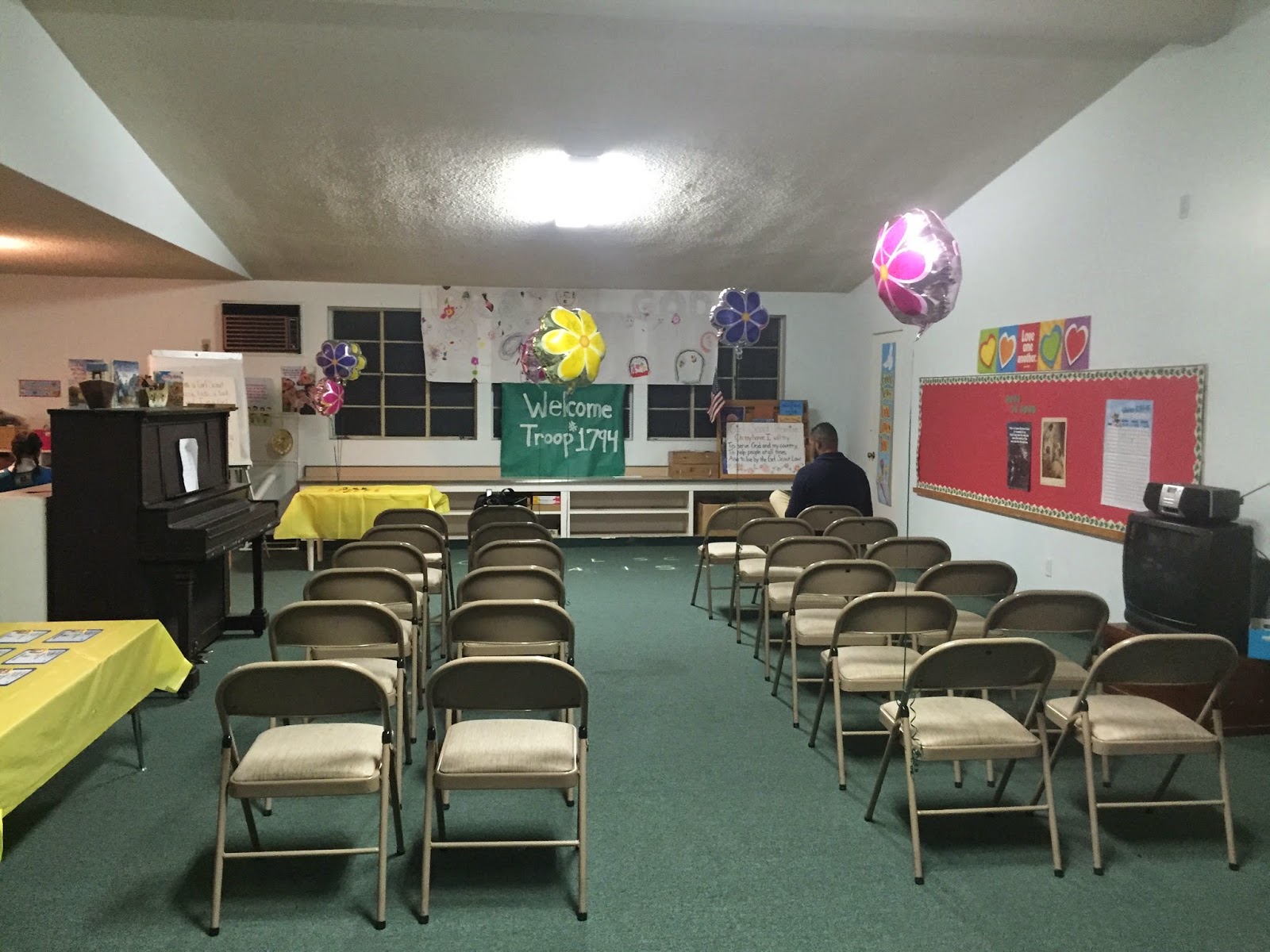 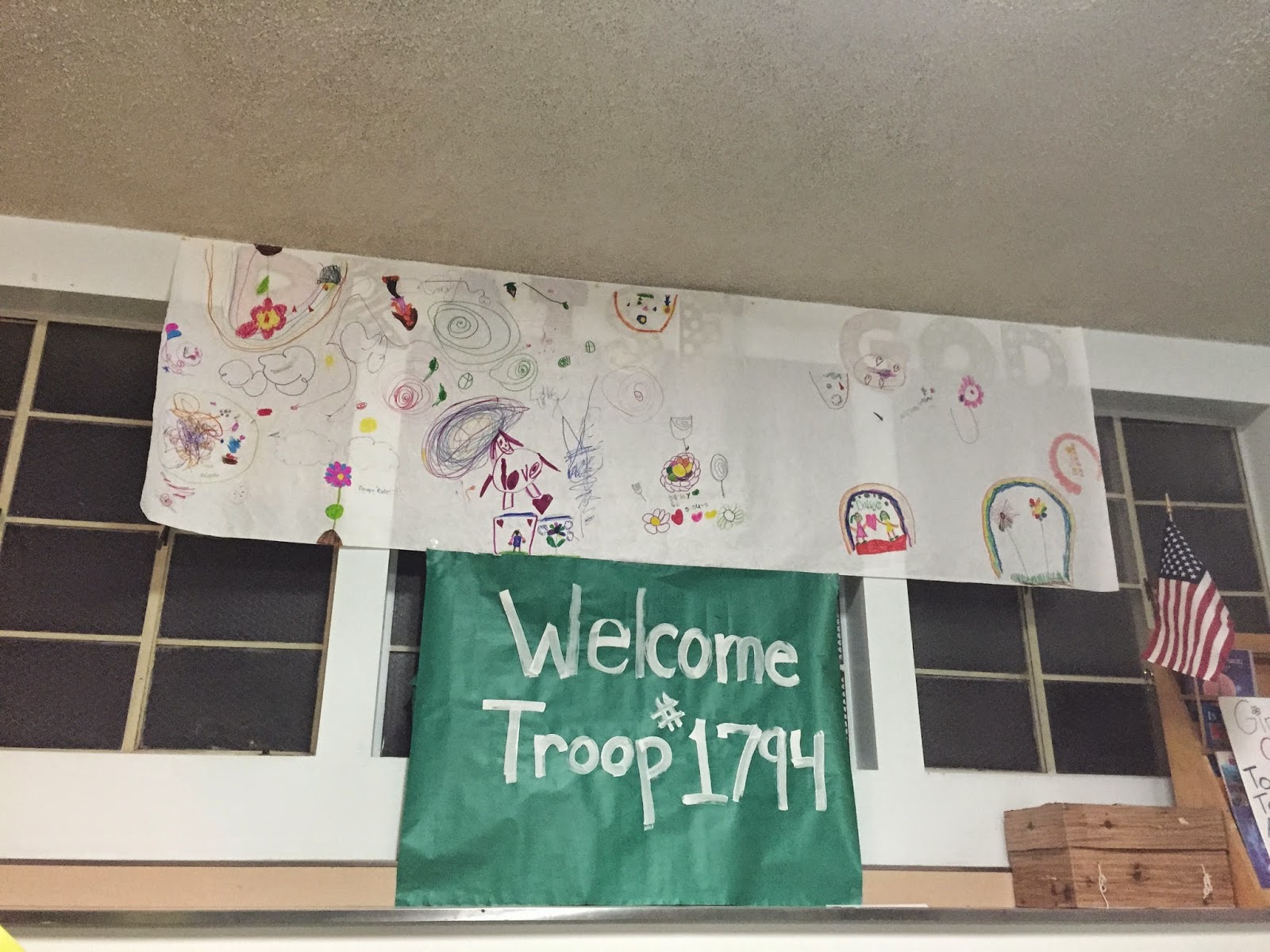 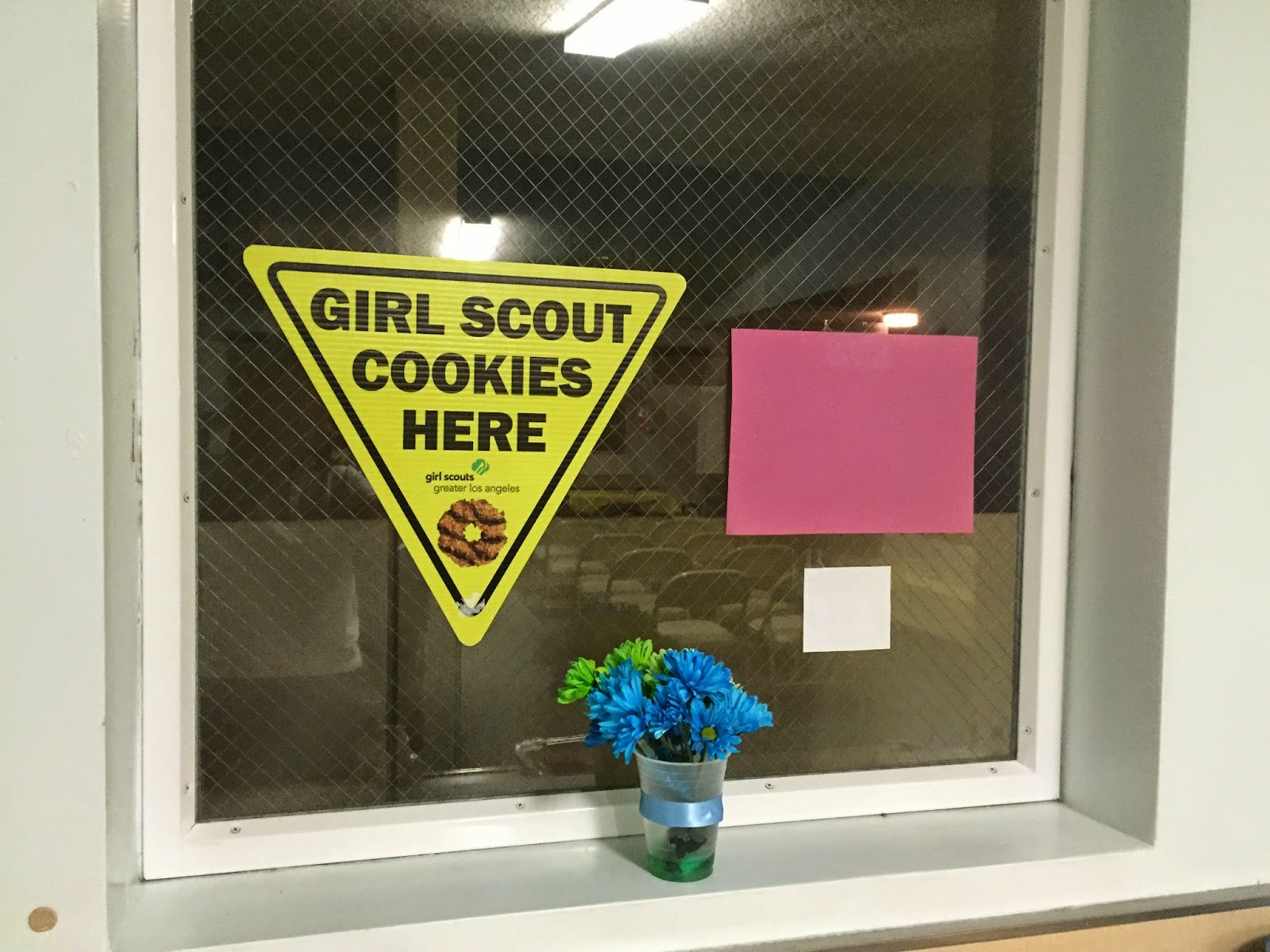 i'd done some little certificates for each new scout and we placed them on a table along with their fun patches to be placed on their uniforms. 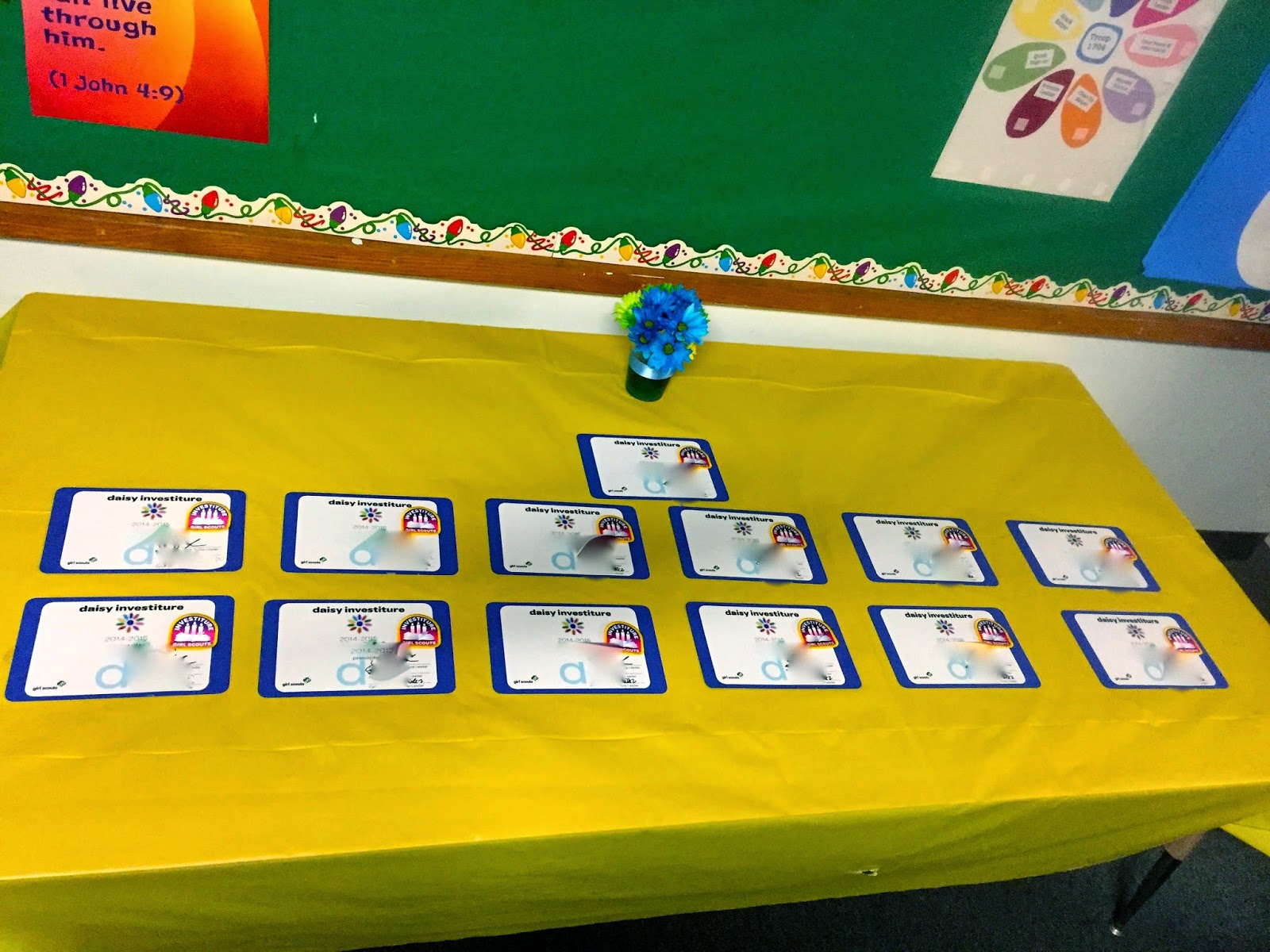 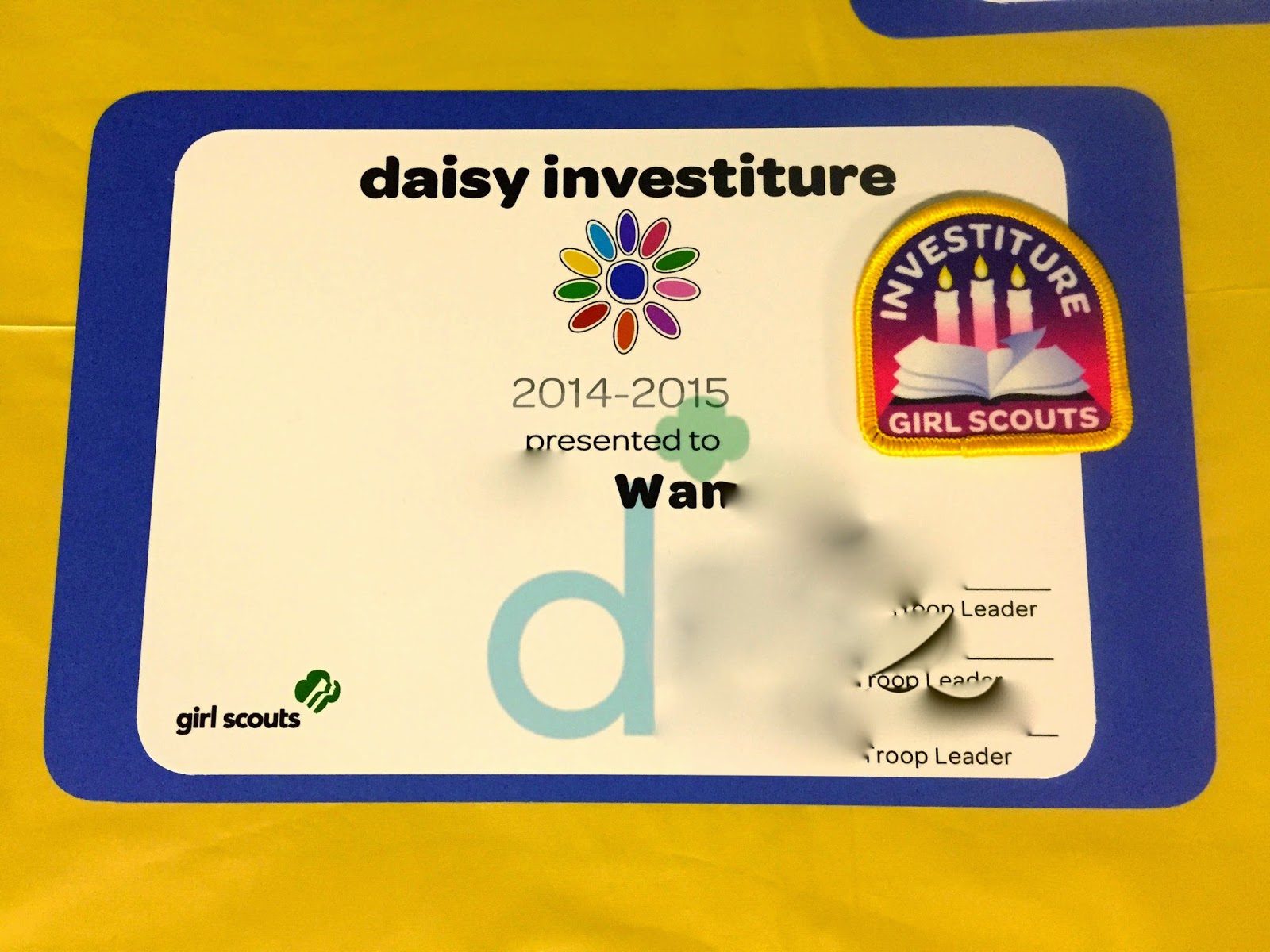 a trip to costco yielded a bunch of fun flowers in the perfect colors. 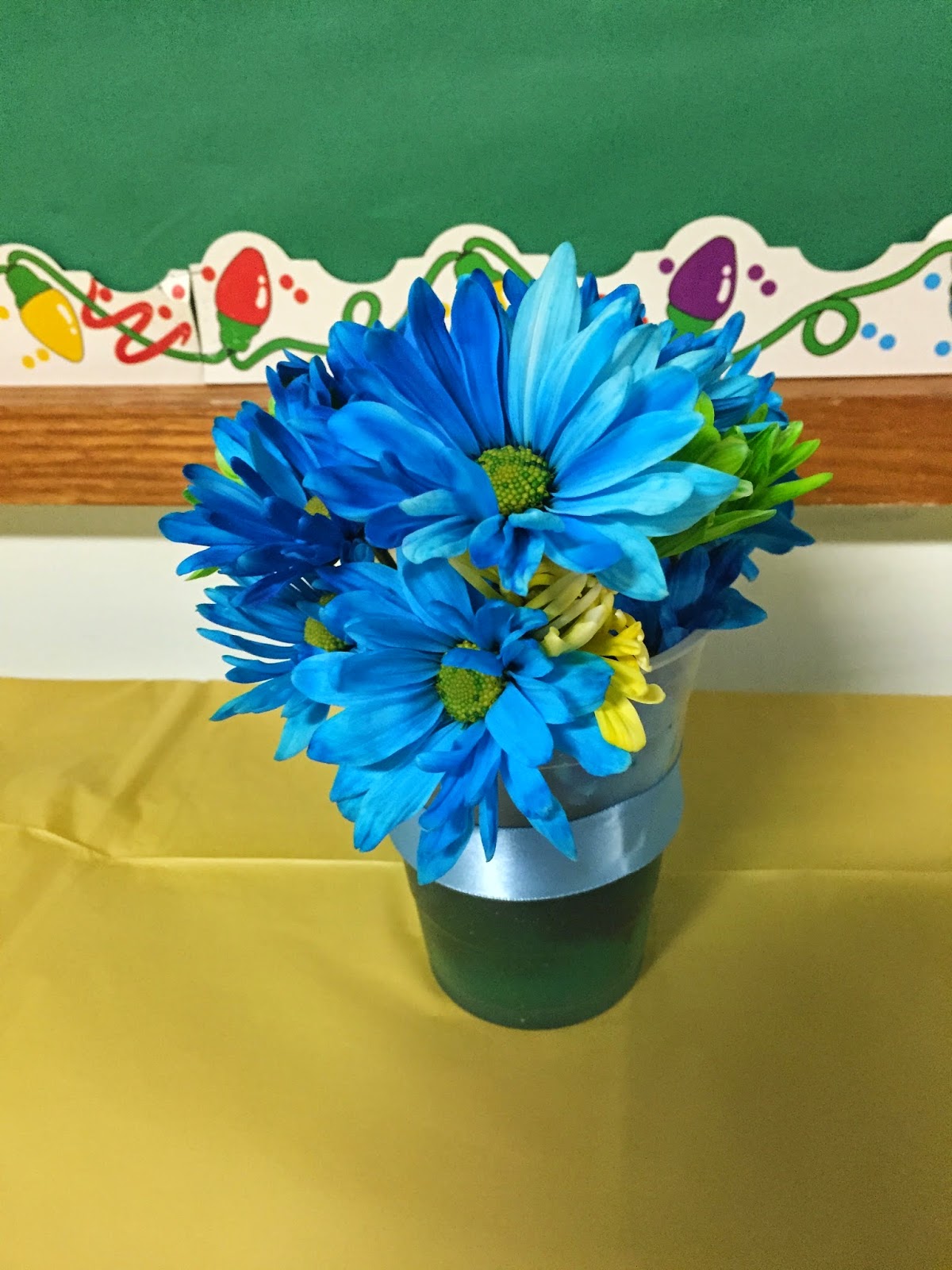 and just inside the door, we set up my iPad to do a slideshow of photos we've taken of the girls at meetings and our outings thus far. 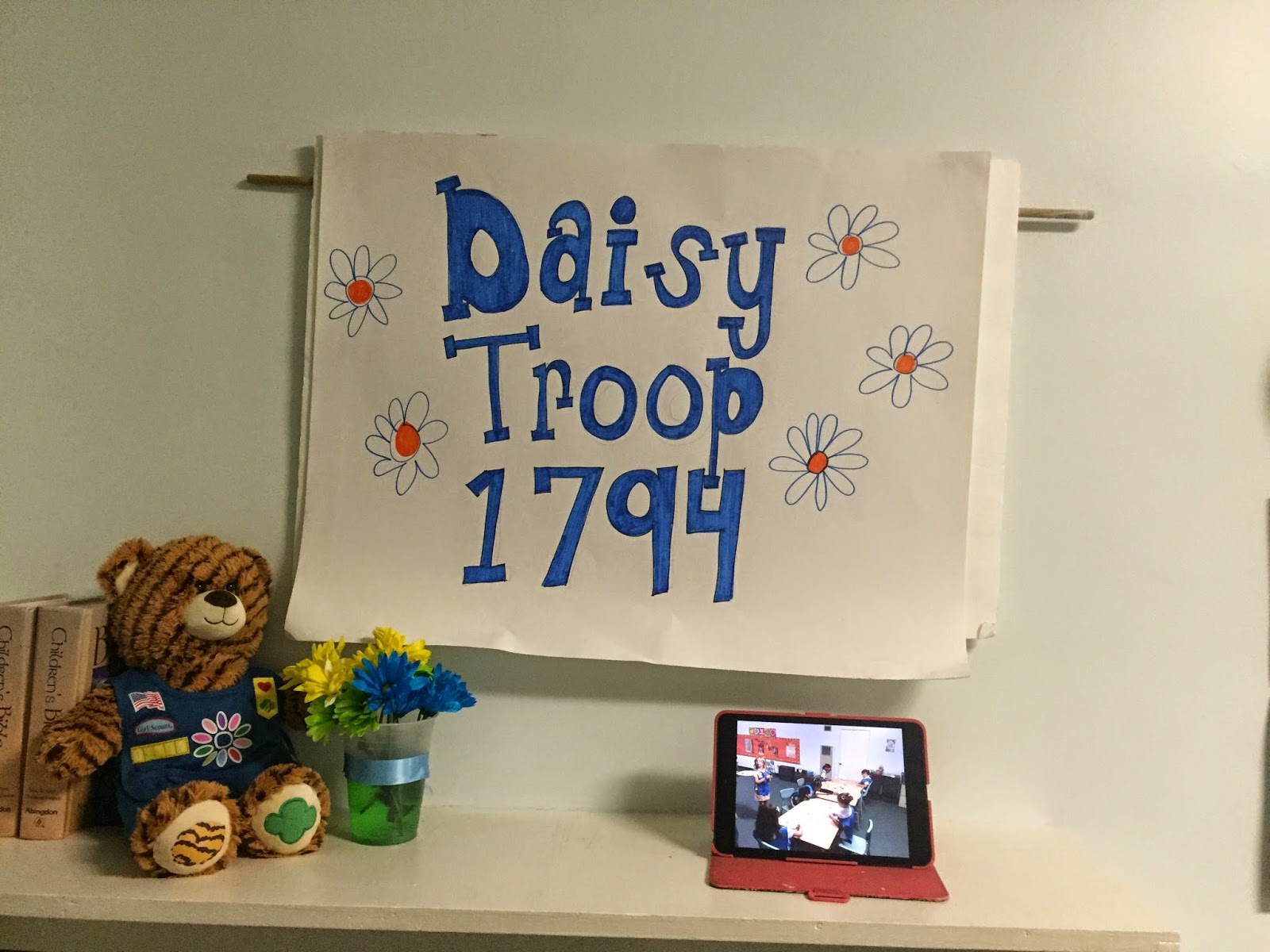 when everyone was ready, the girls lined up outside and then entered the room in a single-file line, singing "i'm a girl scout daisy." 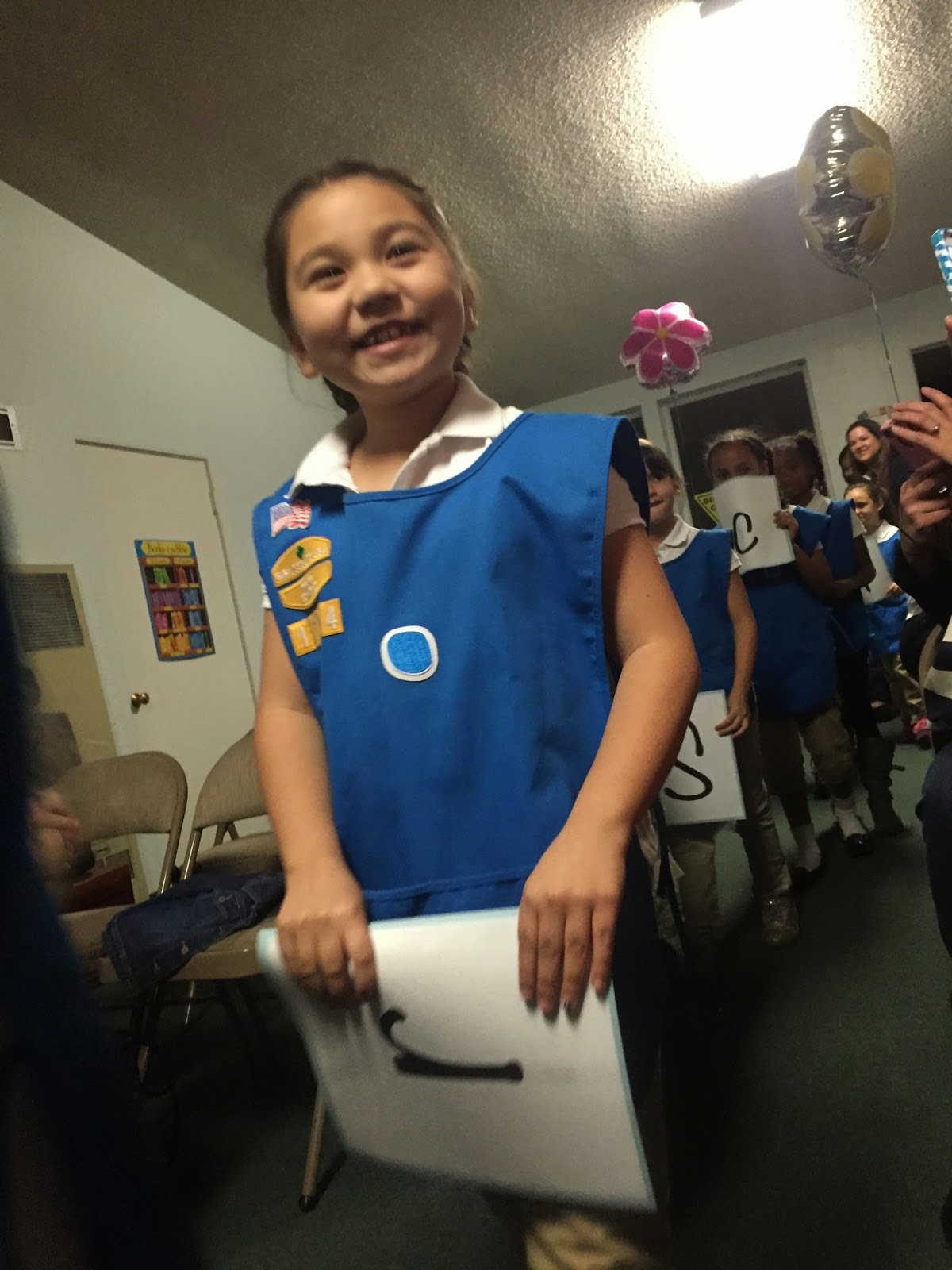 one of my co-leaders said a few words of welcome, the bean announced that we'd start with the pledge of allegiance, and we were off and running.  it was followed with the girl scout promise, and then each girl read a line that they'd been assigned from the card they were holding.  once they were all done, they walked over one by one to do the girl scout handshake, receive their pins, and then line back up so that parents could take photos.  it was short and sweet, just like our girls themselves, and then we did a quick Q&A with the parents about upcoming events - like the cookie sale, which starts on february 1st.  speaking of cookies, do you love my apron for when we work our booths in front of the grocery stores? 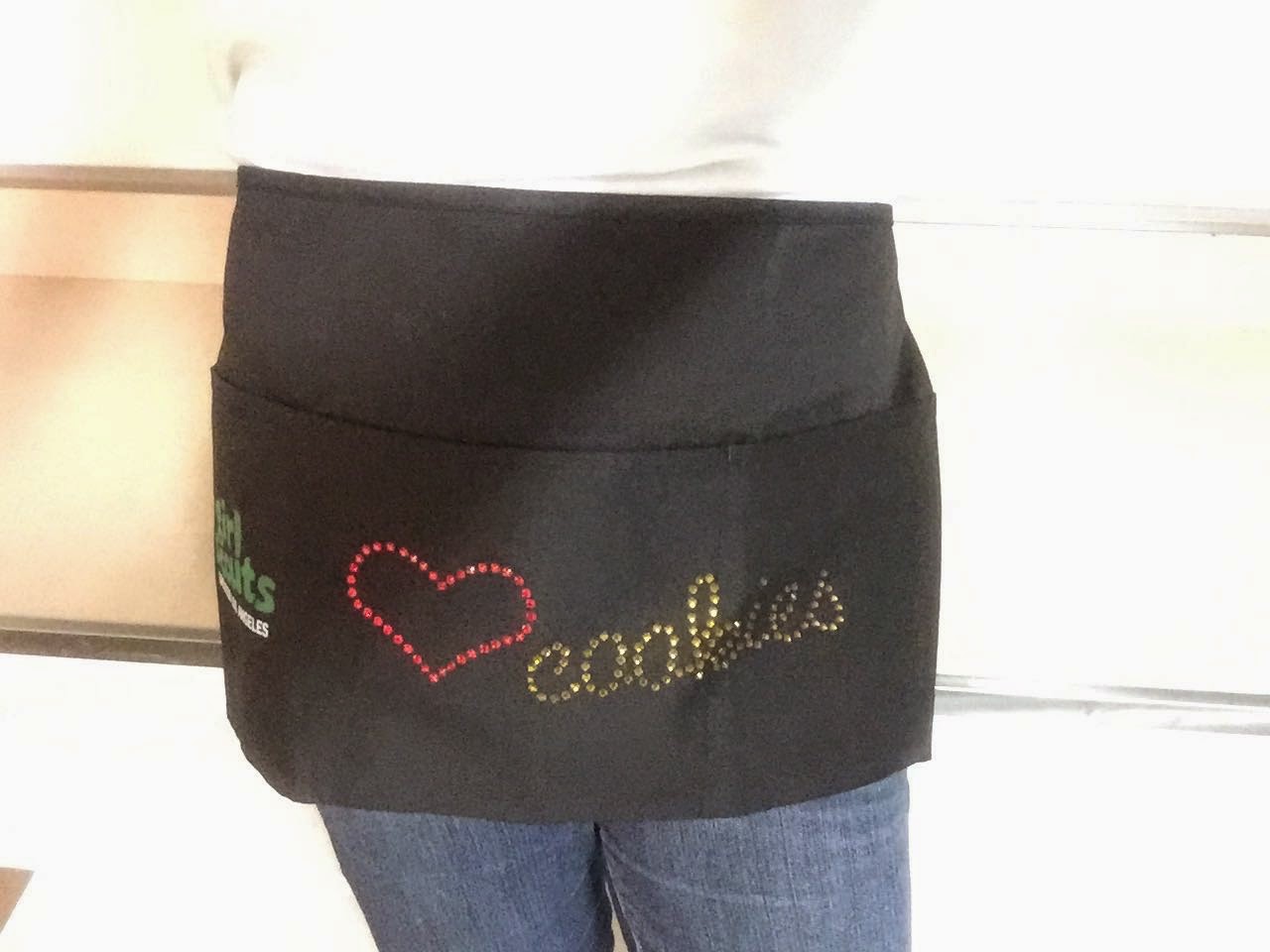 when it was over, we got a few pictures. 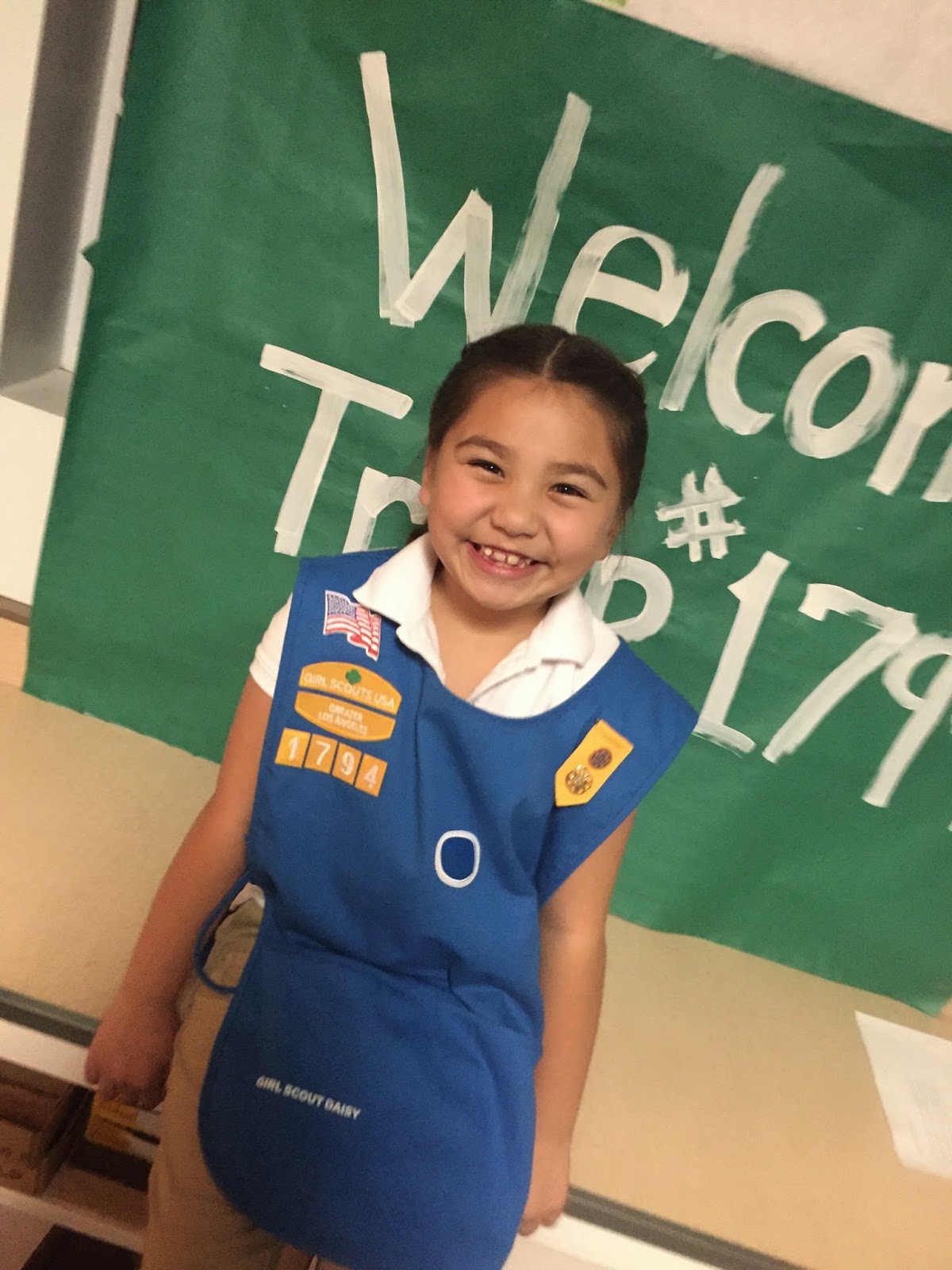 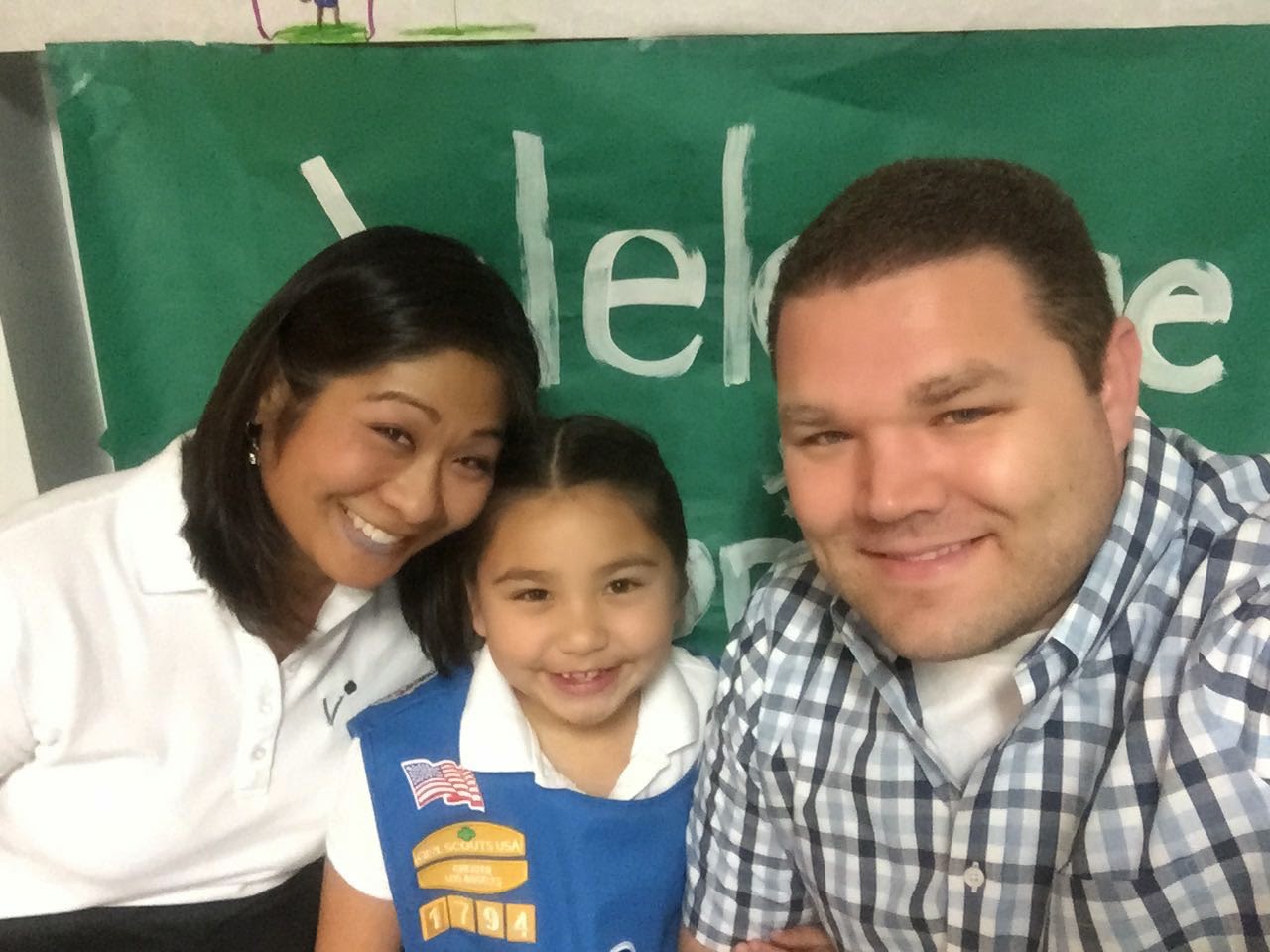 after a little socializing with the parents, the three of us co-leaders realized that we hadn't pinned ourselves. 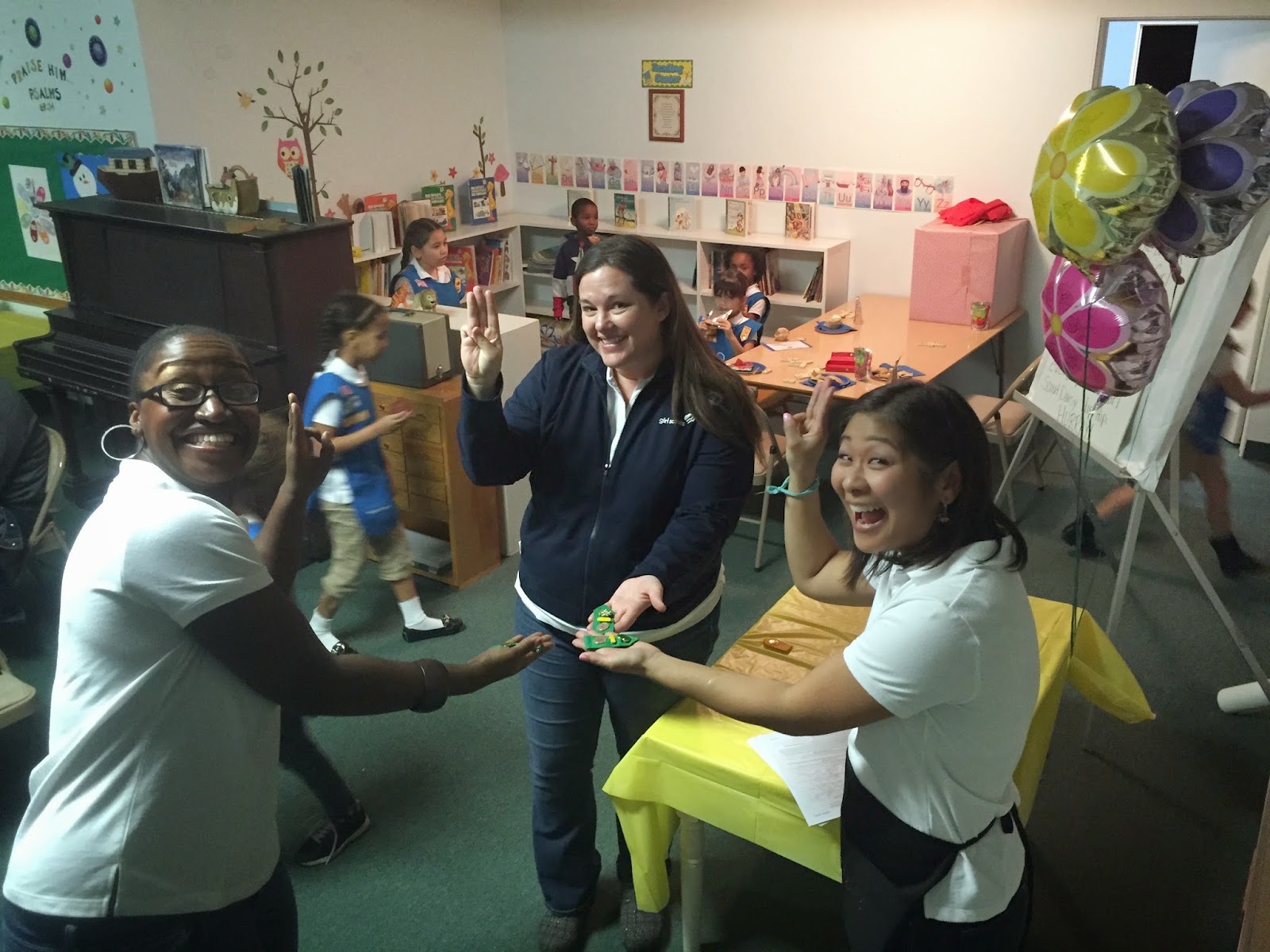 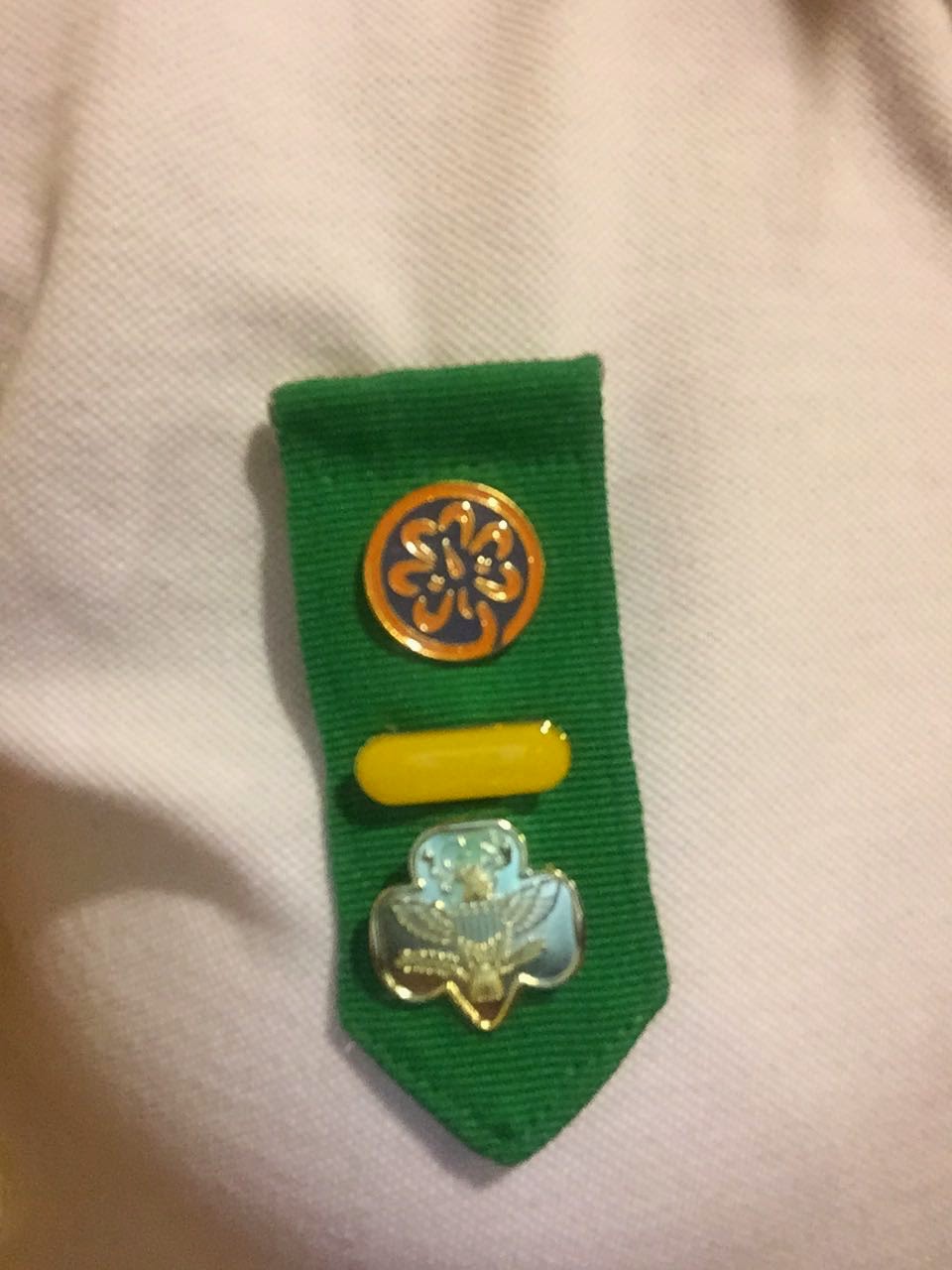 and now we're official too! 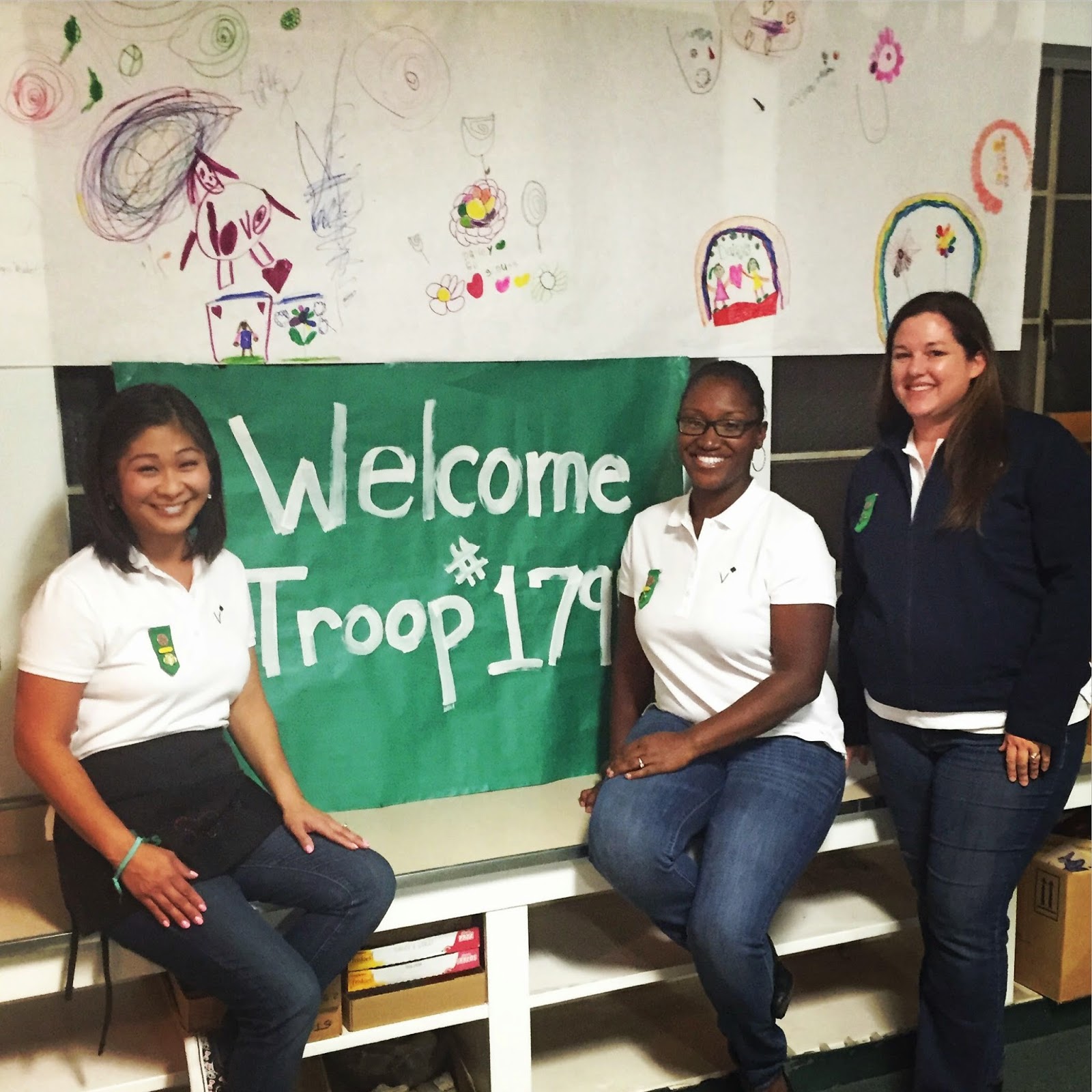 we were really happy with how everything had turned out, and now we can focus on that all-important cookie sale.  there's a lot of work to be done, and since it's our only fundraiser this year we really want to kick some serious ass.  since we're a brand new troop, we have limited funds to work with, and it'd be great to beef up the troop account with some cookie money.

are you local to me and want cookies?  hit me up starting february 1st.  we've got lots of cookies coming, and i'd be happy to hook you up with some samoas, tagalongs, do-si-dos...you name it, we'll have it.