using the force on the course

as dailygluttony and i attempted to thaw our frozen bodies with hot coffee at starbucks, lilcee and the girls hopped onto the shuttle to meet us for the kids run.  the bean and mini cee are pros at that run by now, and it's always fun to watch them.

the bean had decided that she was feeling good enough to tackle the run, and although she was registered in the race for 7-8 year olds, i thought it would be a better idea for her to drop down to the 200 meter instead.  she was happy about this, because it meant that she would be able to run next to her pal.  and it was funny to watch her as she sat there in her darth mickey helmet that we later adjusted so that she could actually see out of it. 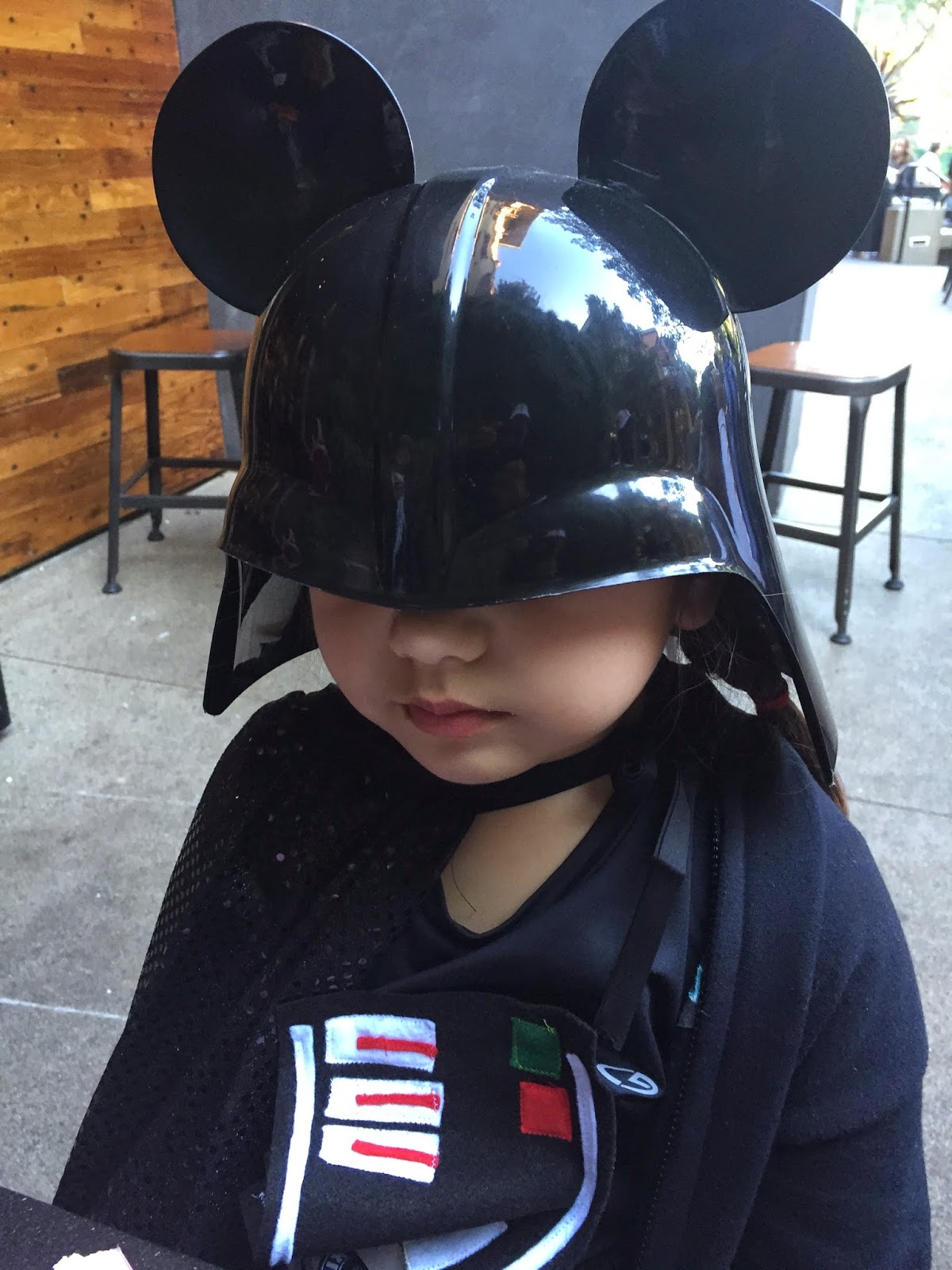 she and mini cee were a perfect pair, joining the forces of good and evil for the greater good of all mankind. 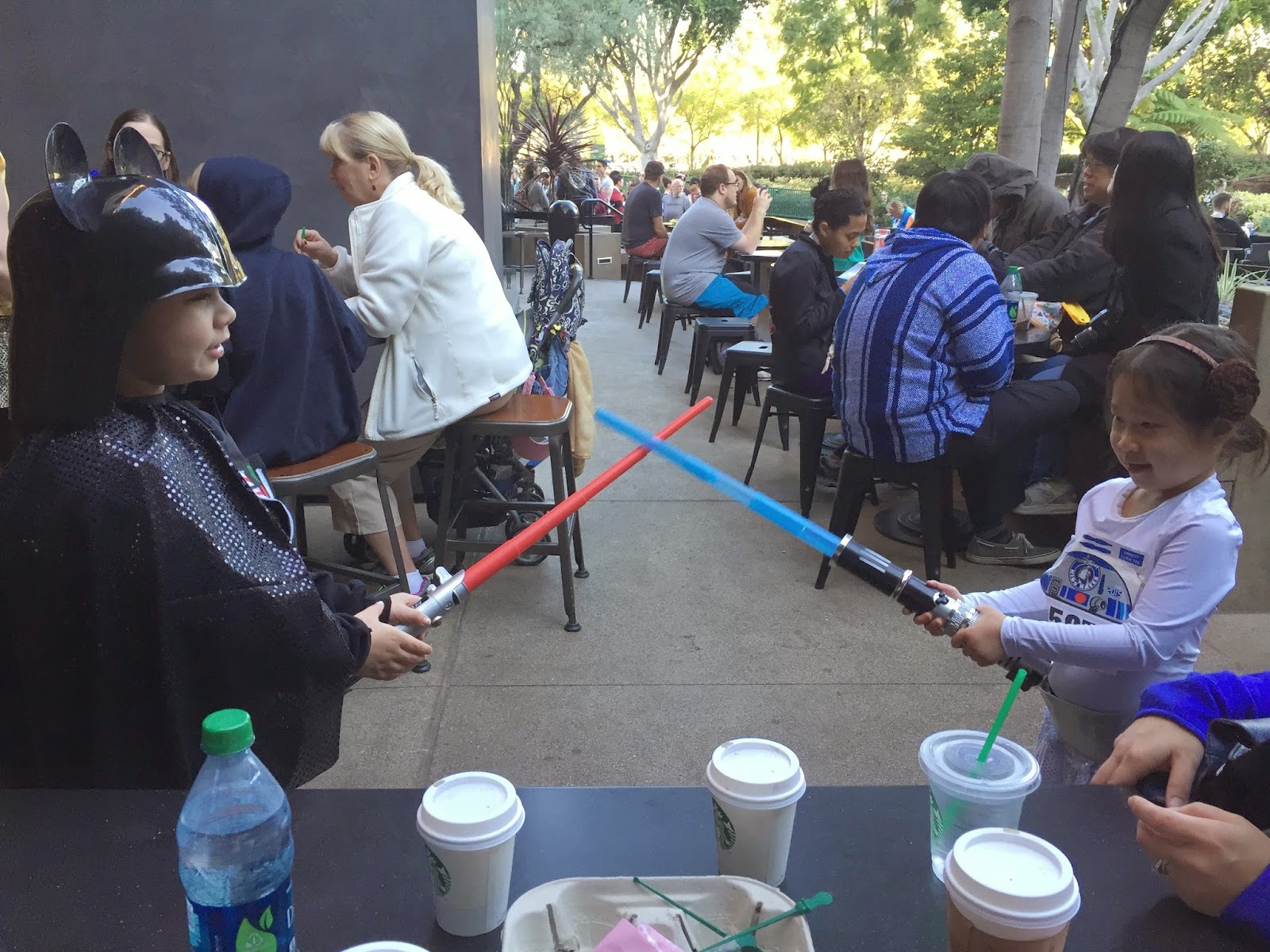 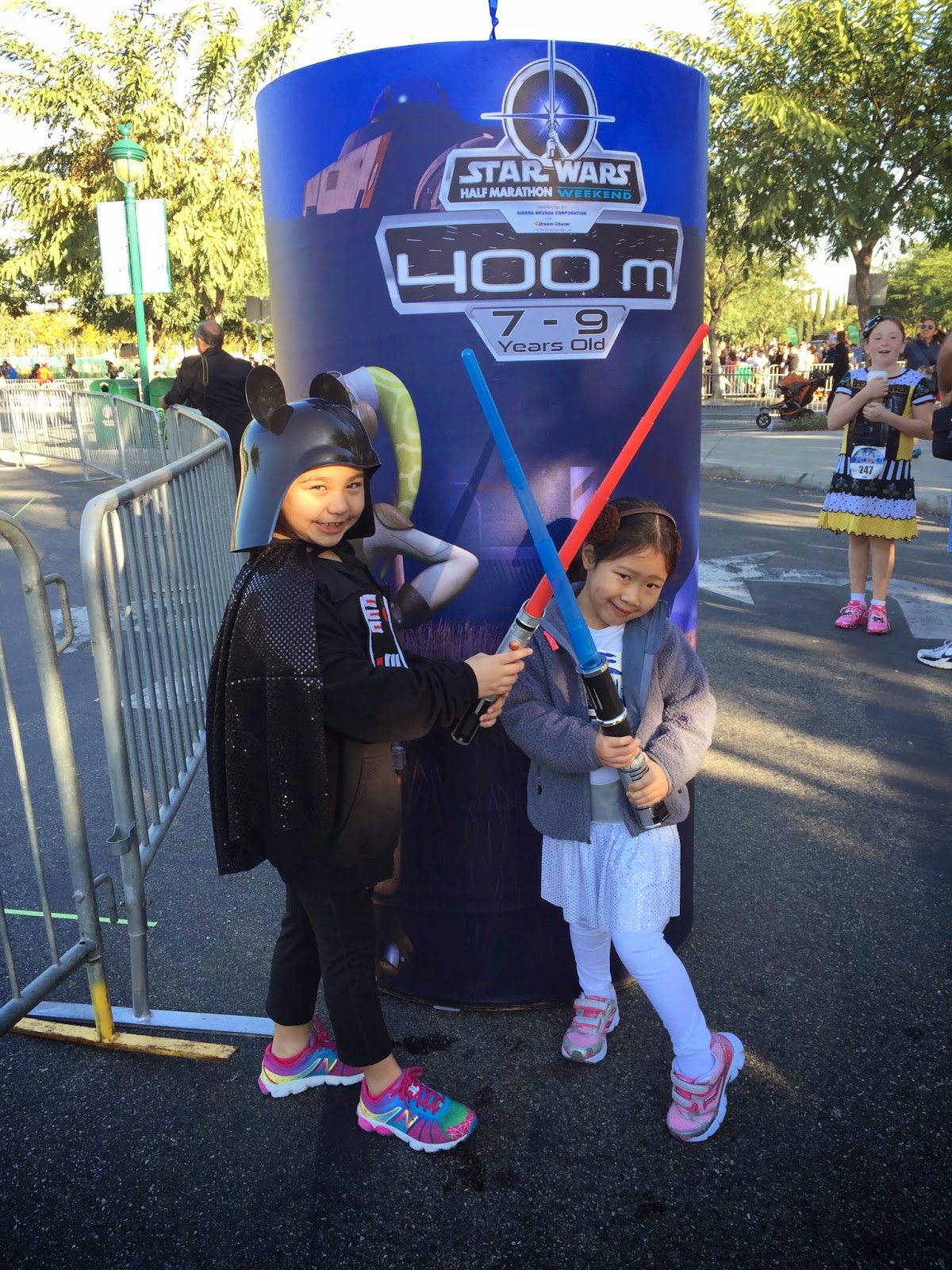 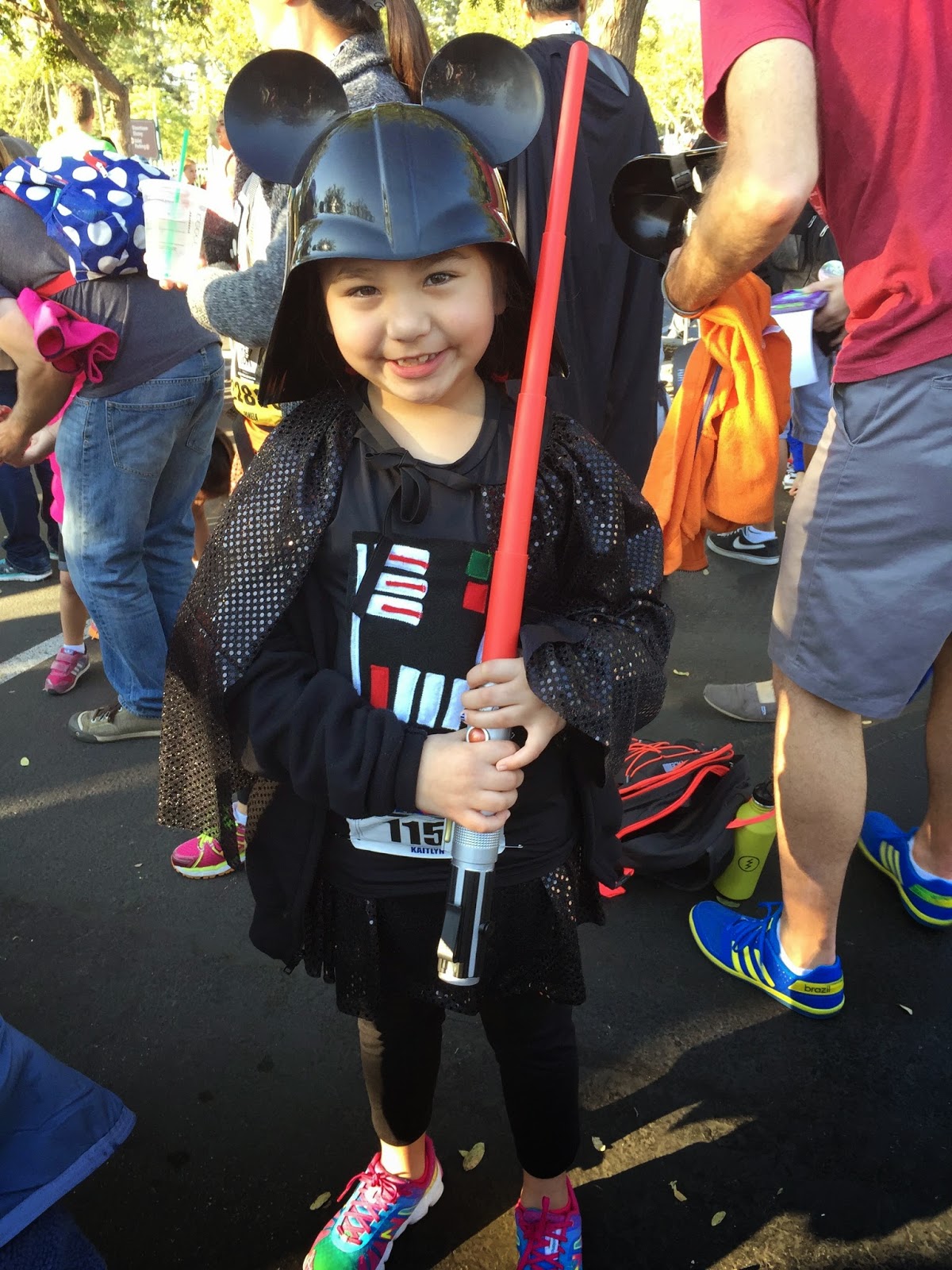 and of course, a quick selfie. 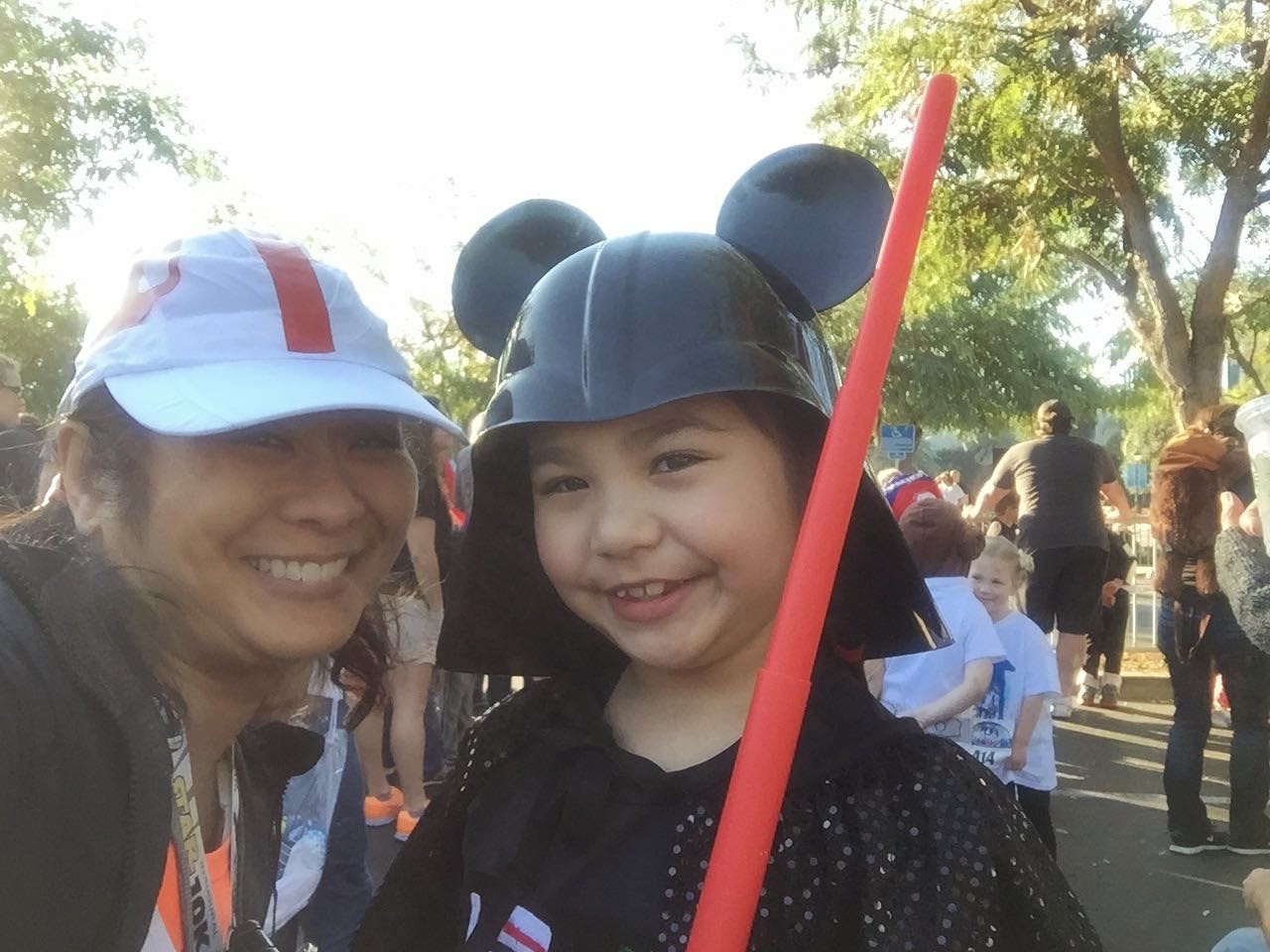 as we walked from the holding area to the start line for the run, i recognized a familiar face next to us.  my fellow "general hospital" fans will recognize this pretty lady as emme rylan, who plays "lulu."  i tried to find an opening to go over and say hello and fangirl it up a little, but i never got one, and i didn't want to barge in on family time.  although is it worse to go into stealth mode and sneak a photo?  i don't know, but that's what i did. 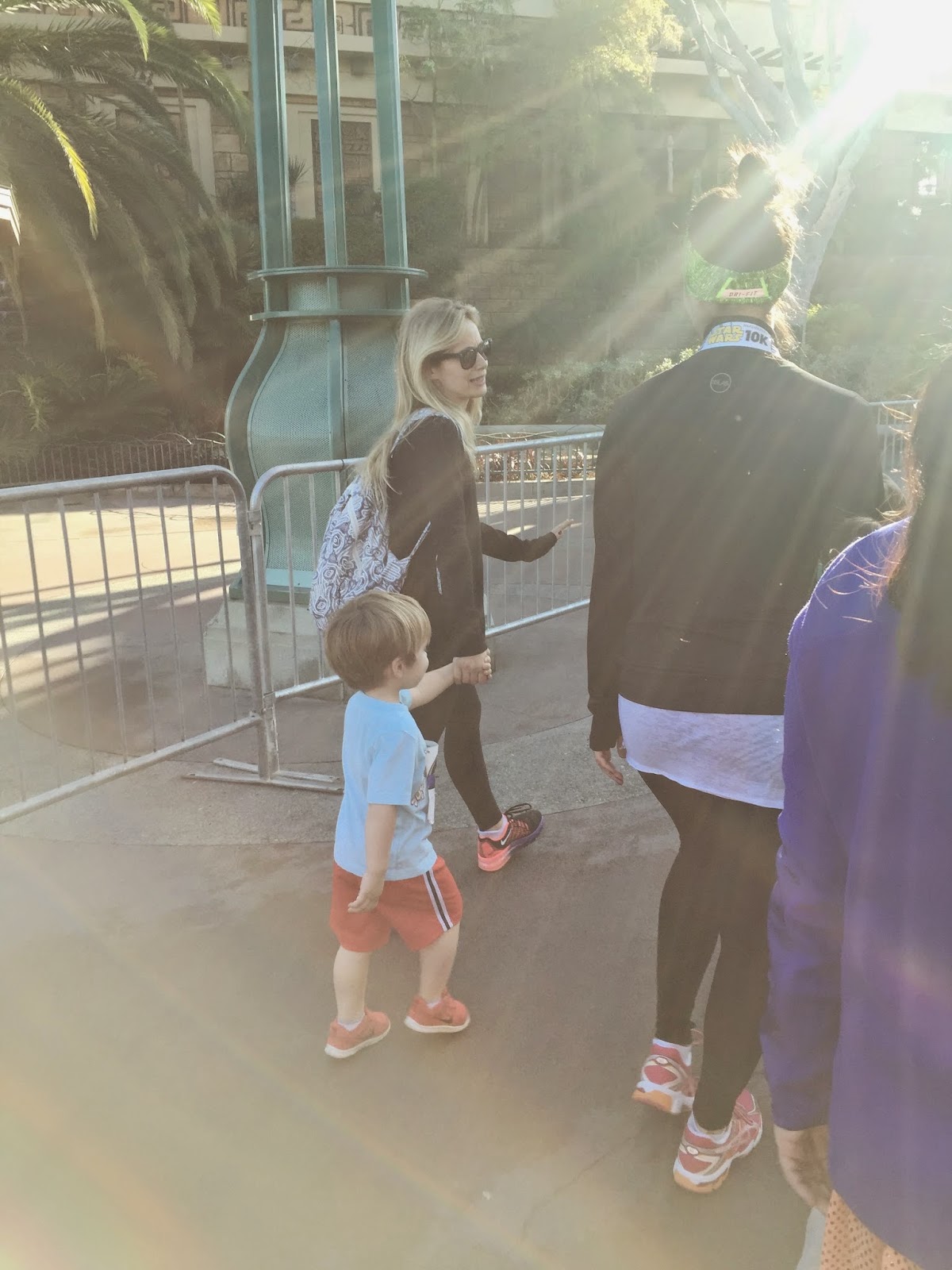 the run was short and sweet, much like our girls themselves. 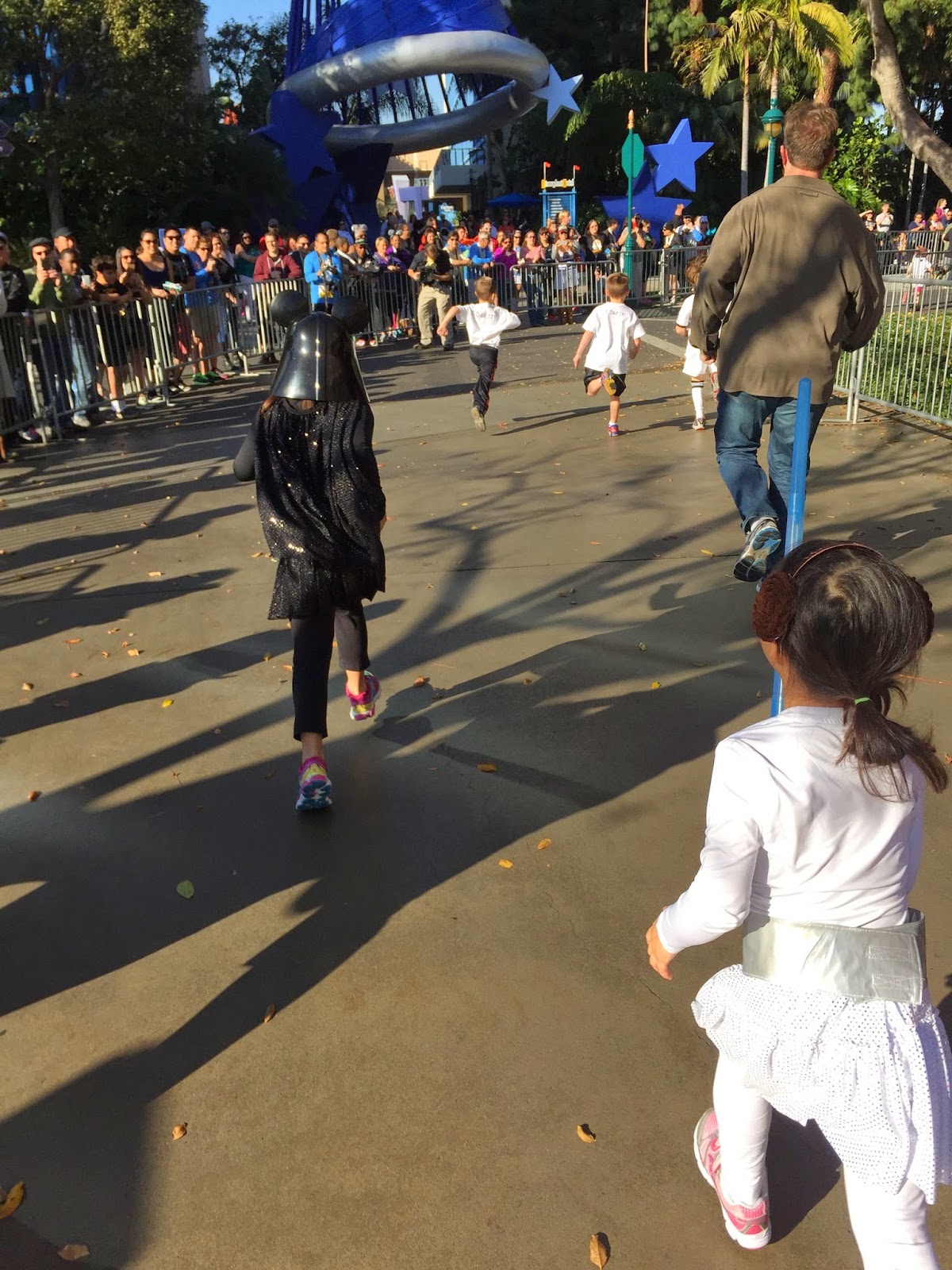 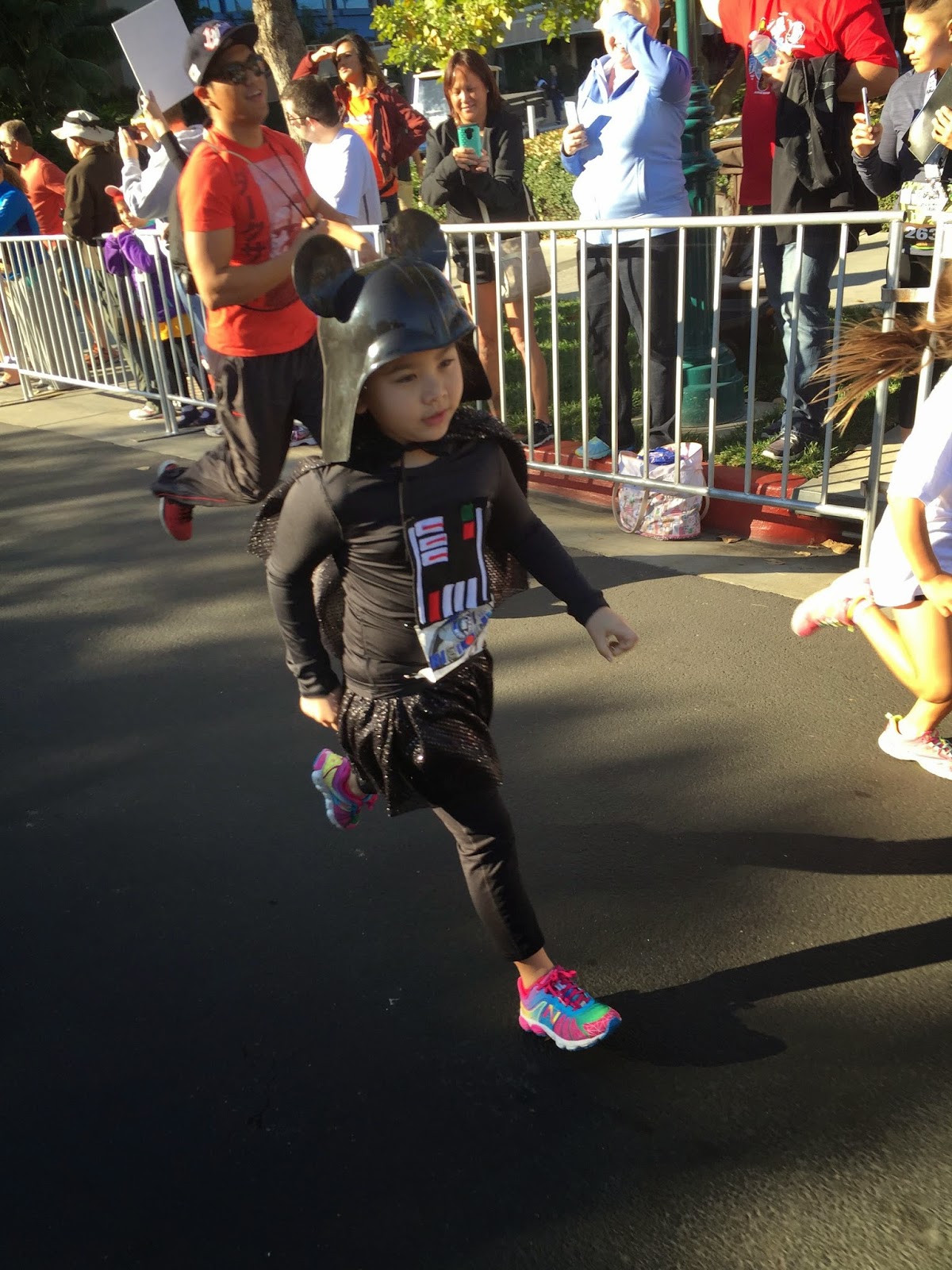 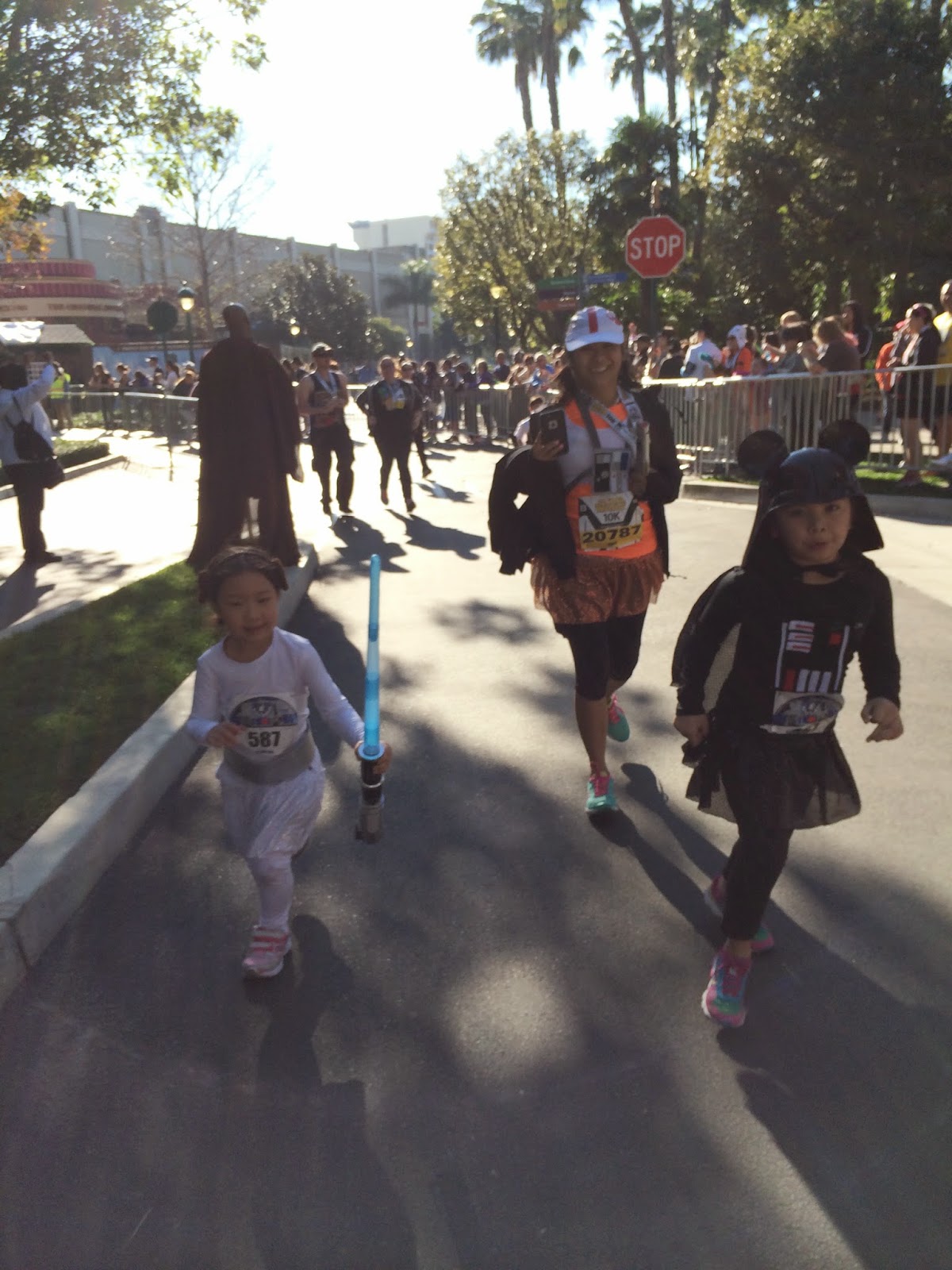 at the finish line, a photographer from run disney was taking pictures of the kids for their facebook page. 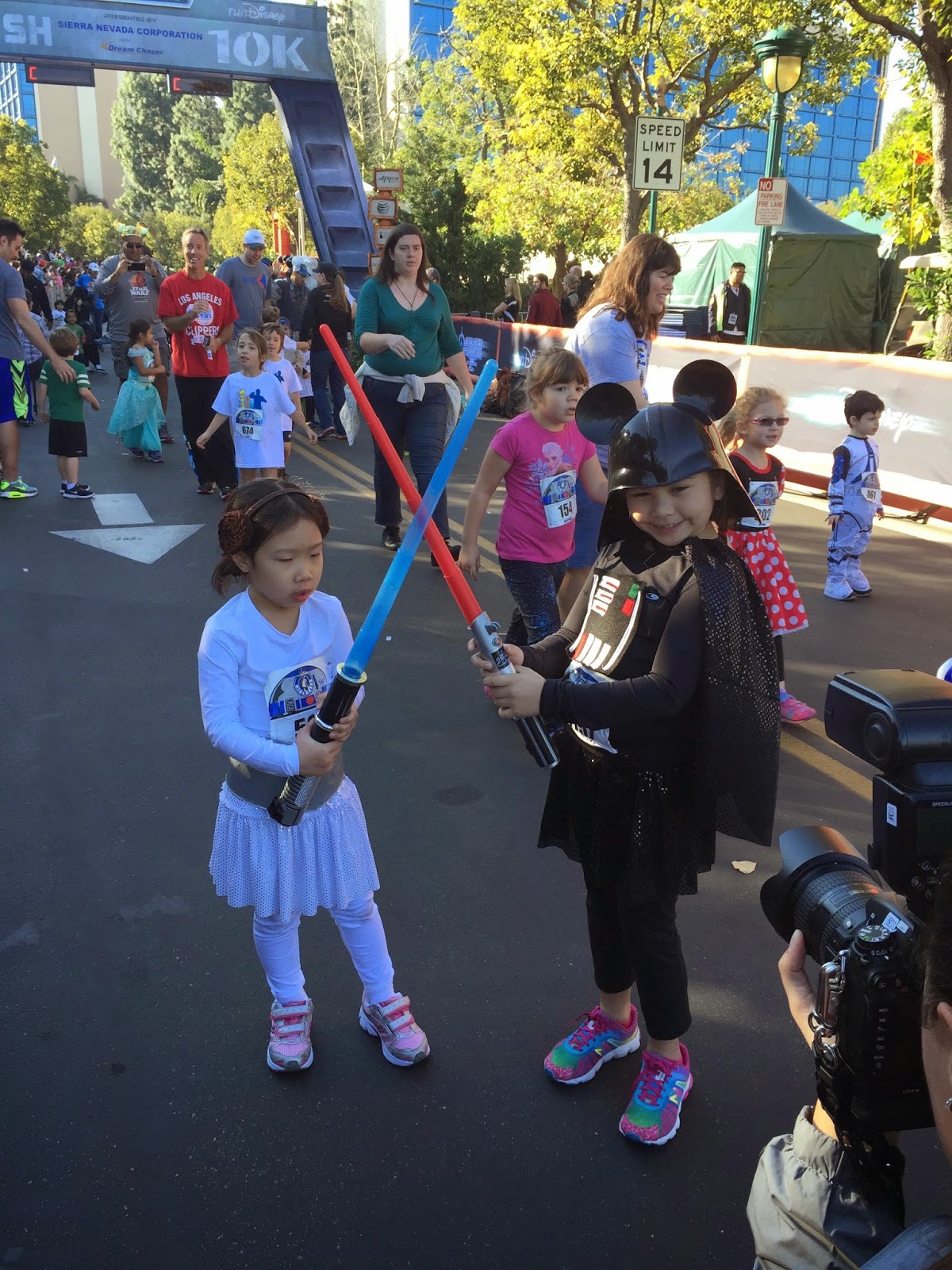 and then they collected their reward: 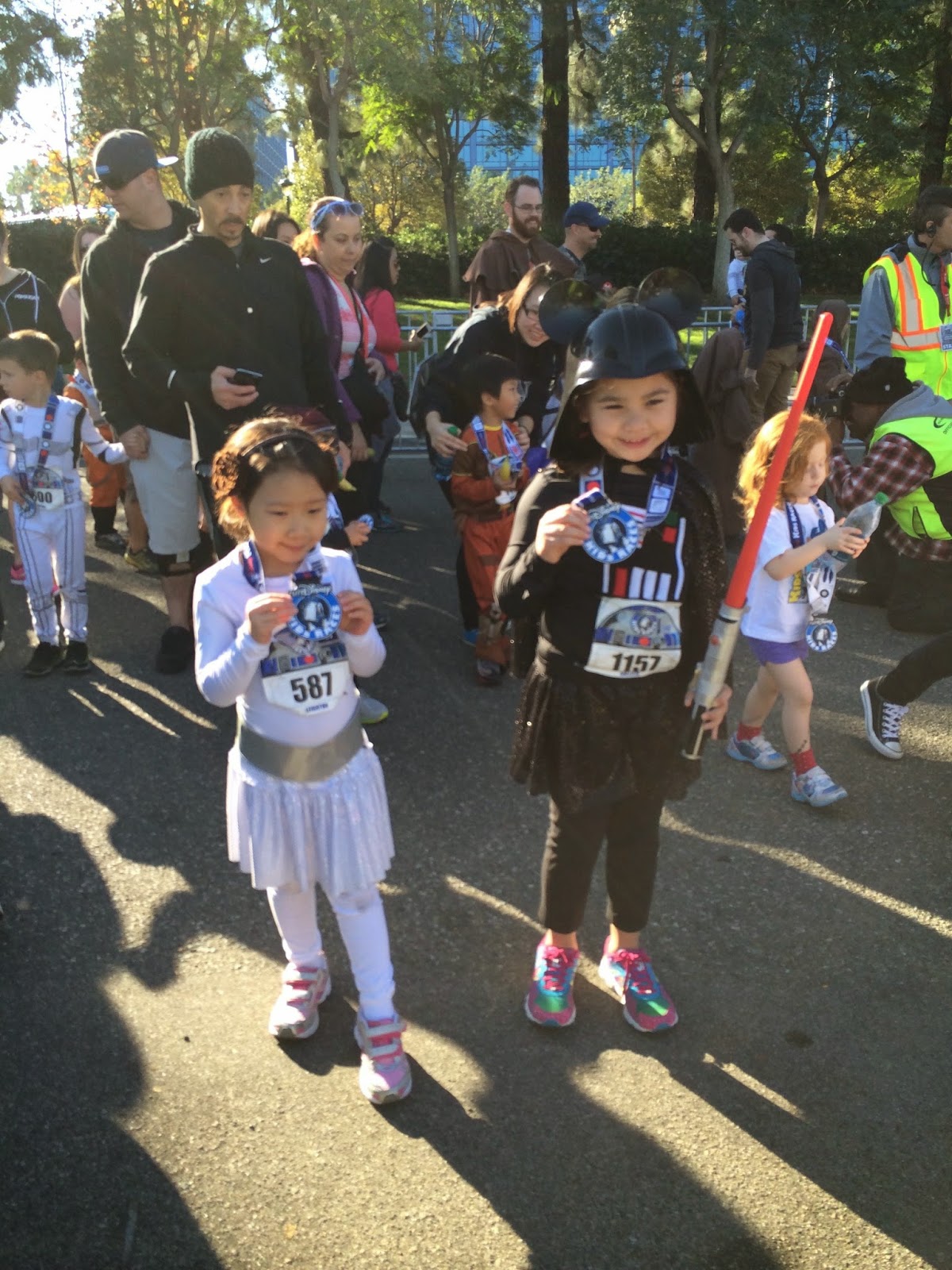 as we headed out of the runners area and towards downtown disney, i spotted a familiar face: 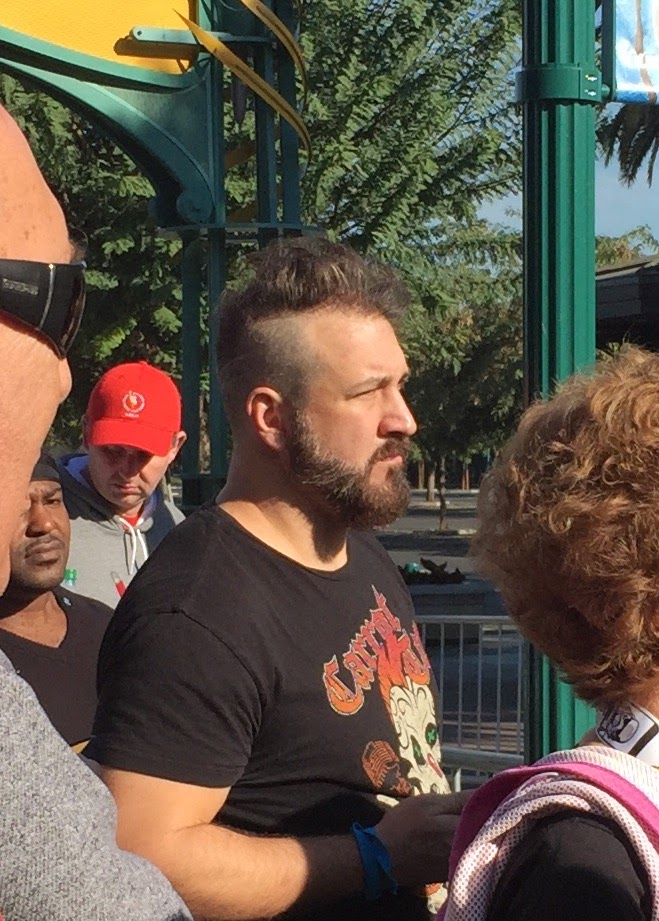 oh, joey fatone.  it's always nice to see you.

i'd promised the bean that we could go and pick up a daisy scout uniform at build-a-bear for one of her bears at home, but when the official girl scout bears were presented to us, i had no choice but to let her pick one.  shut up, you would've done exactly the same thing. 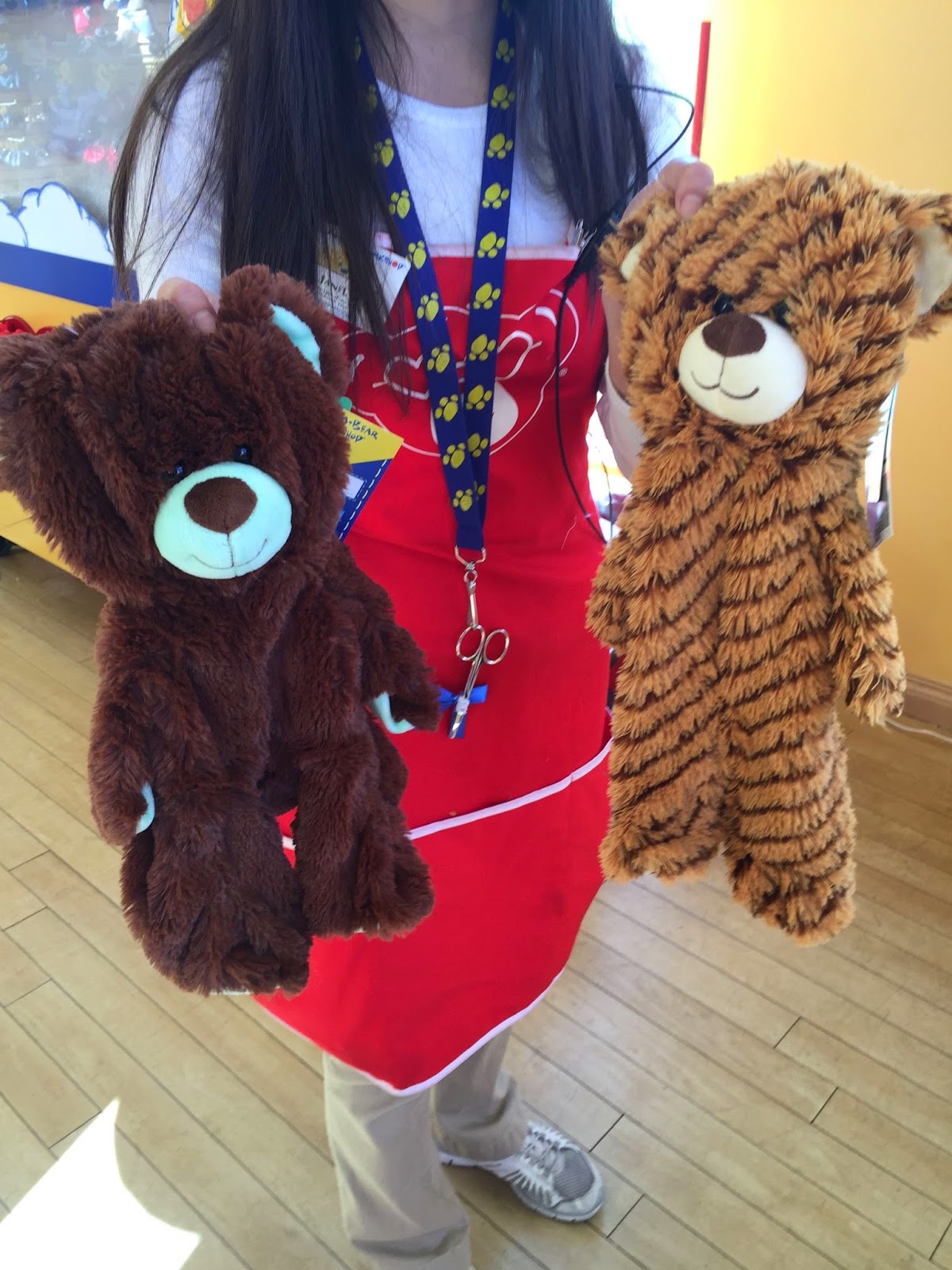 not to mention, mini cee had never been to build-a-bear before...so we had to show her how it works. HAD. TO. 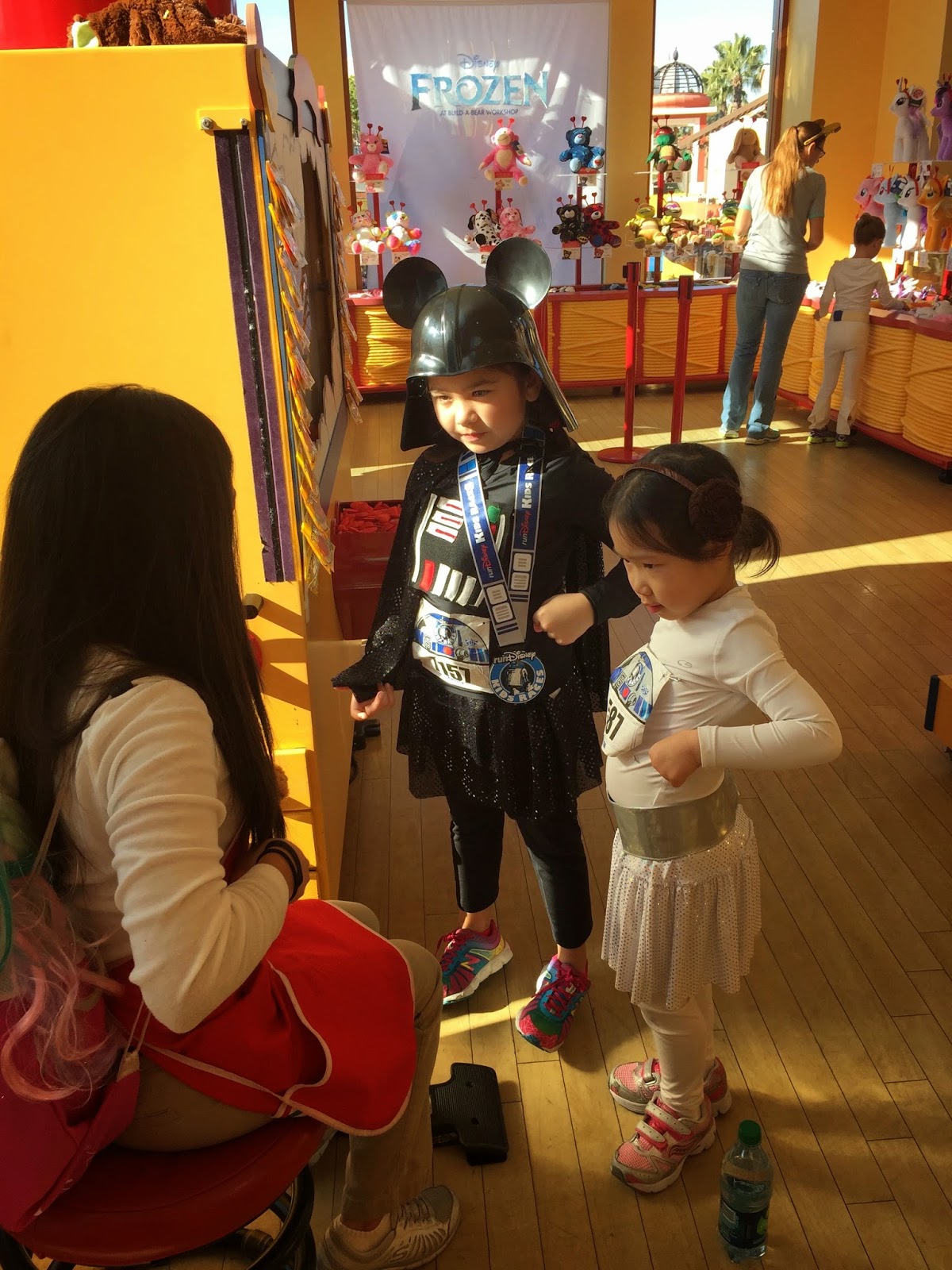 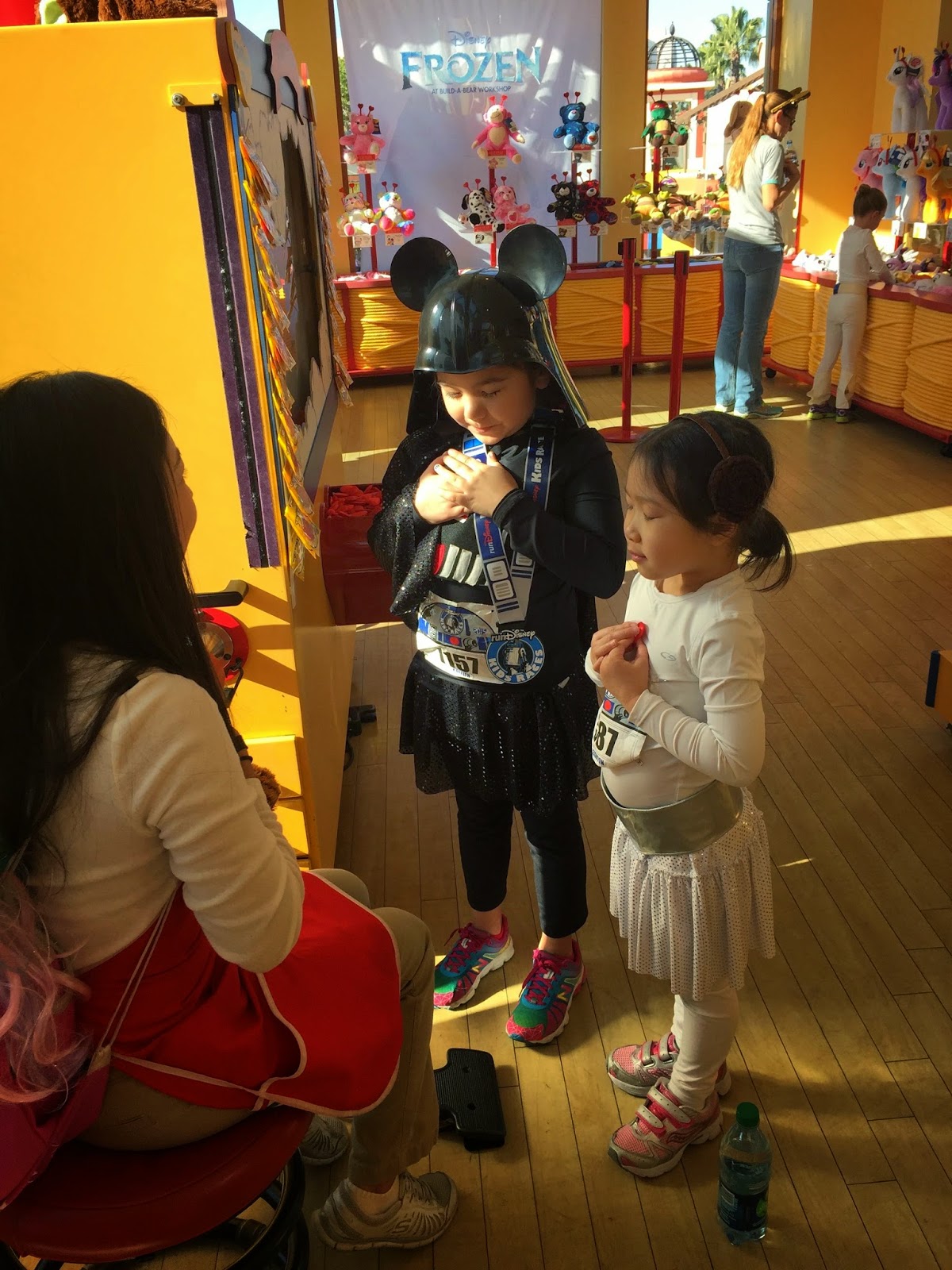 after heading back to the hotel for a shower, we decided to check out the newish anaheim packing house for some grub.  it's basically like a super hipster-y food court, and it was jam-packed.  i'd love to go back when it's less crowded, but we had a great time and slurped up some incredibly delicious ramen that was hot and filling. 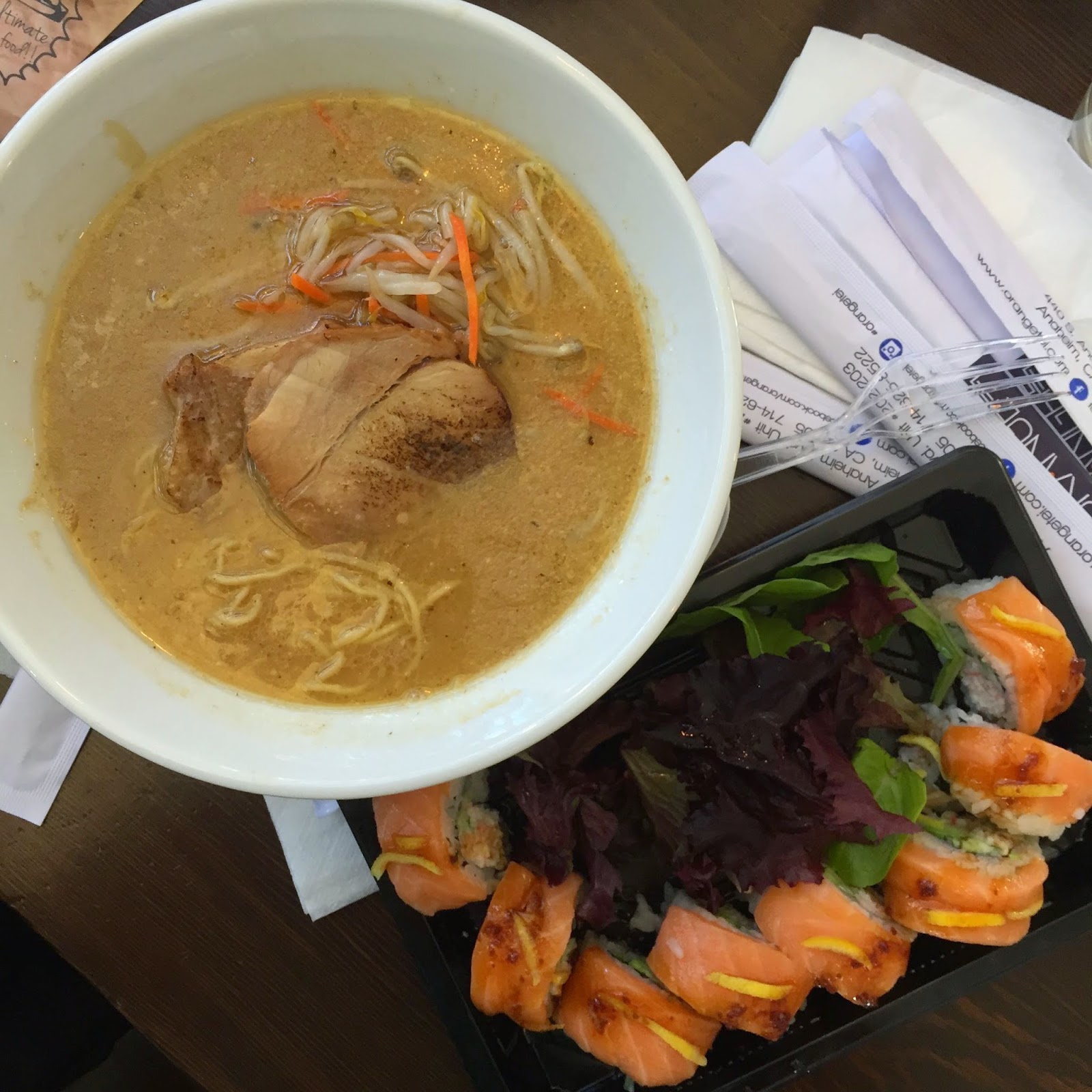 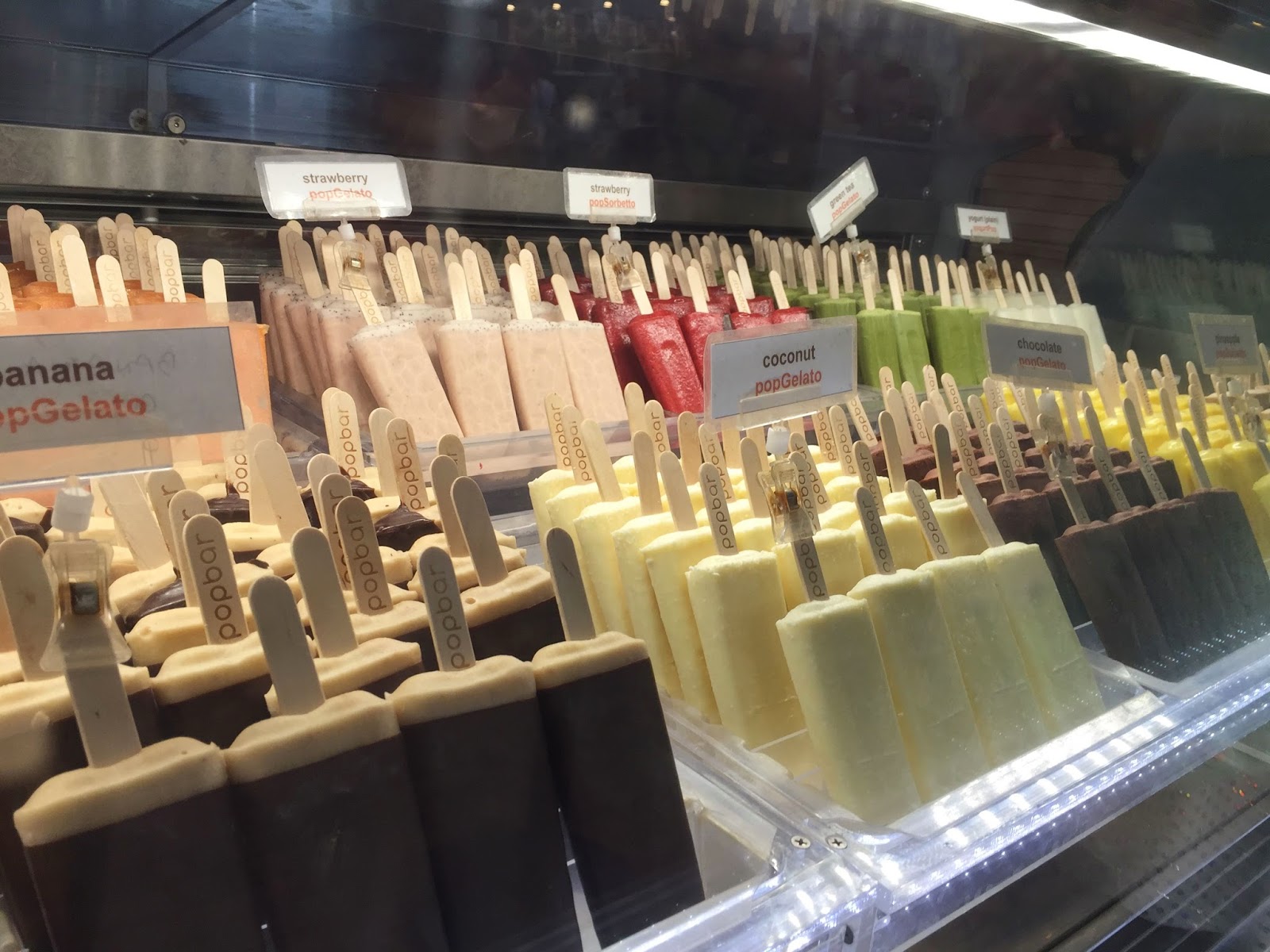 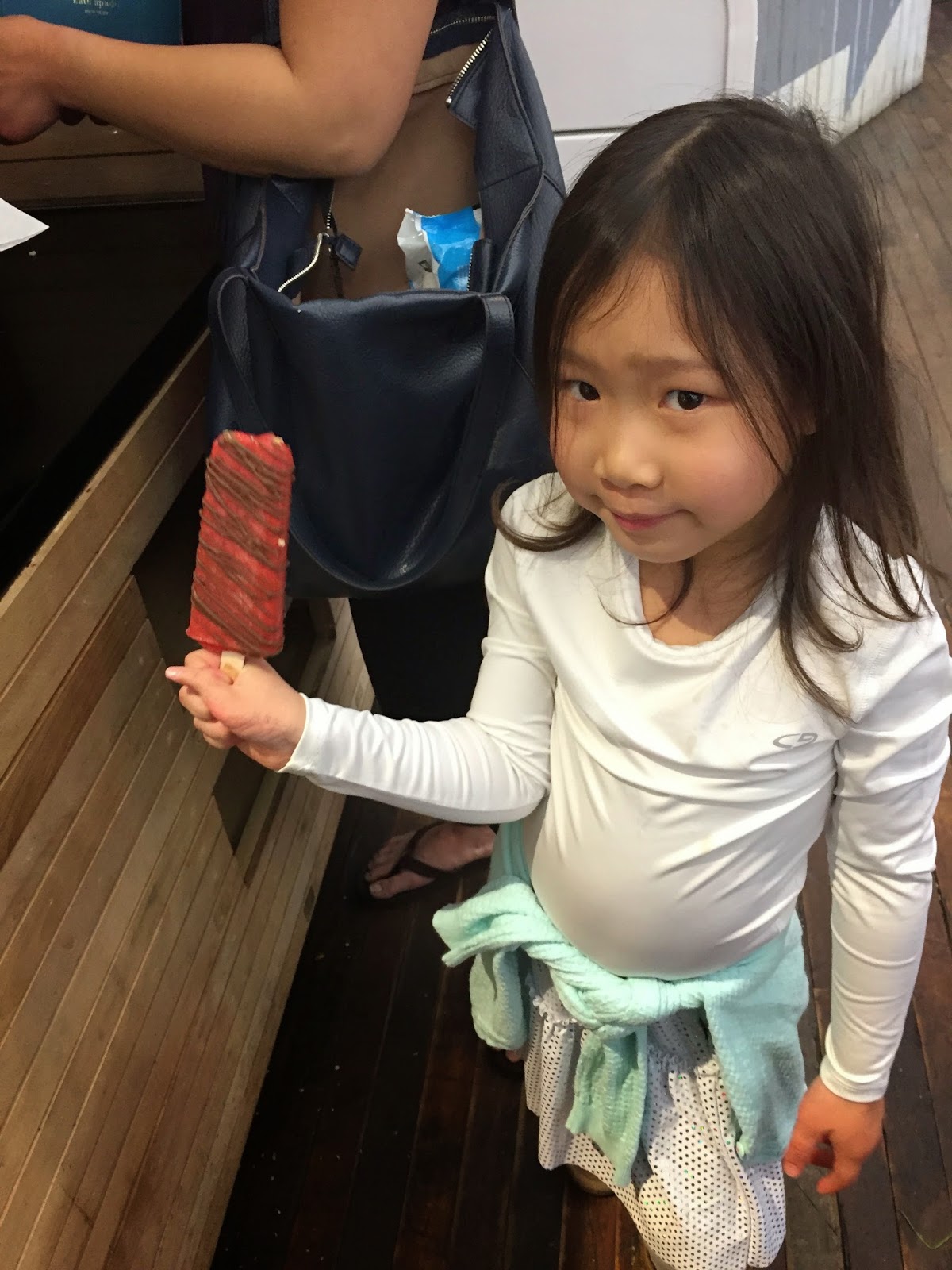 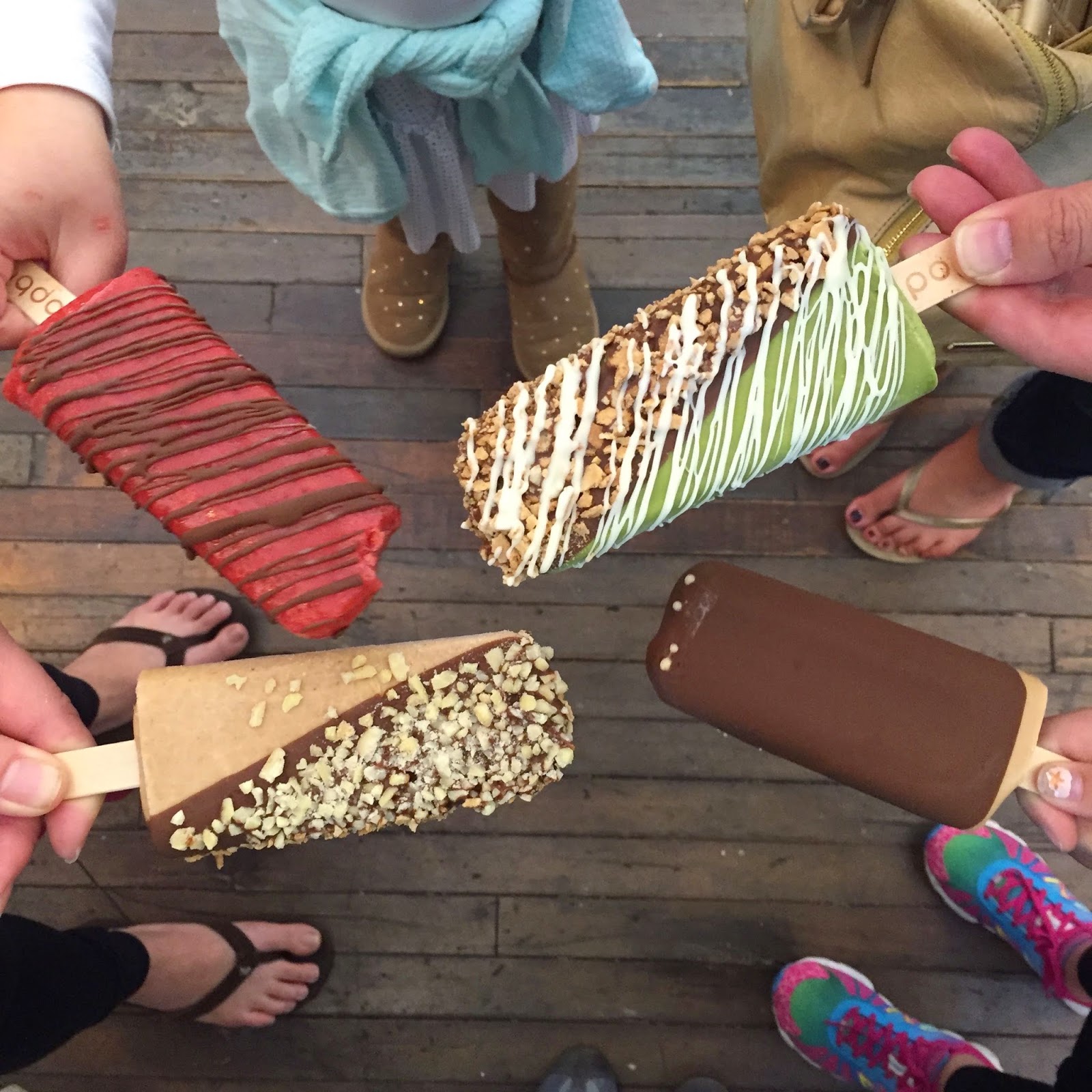 it was a sweet way to end a great runcation.  of course, i was sore the next day and am now battling a pretty nasty head cold, but it was totally worth it.  next up:  tinkerbell half weekend in may.  it's gonna be fantastic.
at January 21, 2015

Email ThisBlogThis!Share to TwitterShare to FacebookShare to Pinterest
Labels: food is better with friends, run disney, the bean runs too