time with the teen

between the job and the boyfriend, the teen is a busy girl these days.  i feel like we don't get to hang out very much at all anymore, which makes me sad.  on the other hand, i'm happy for her that she's so busy and having fun with people - you know, other than her mother.  heh.

we did have the opportunity to spend some quality time together last week when we decided to take on a trail run we'd seen on our last breakfast with the ILs.  we'd spied people who were parking in the lot adjacent to the airport near the fairplex and taking off on foot or on bikes, and had made a mental note to check it out ourselves.  so after dropping off the bean at school one day, we hopped in the car and headed to pomona.

it started off with a quick jog down some cracked pavement. 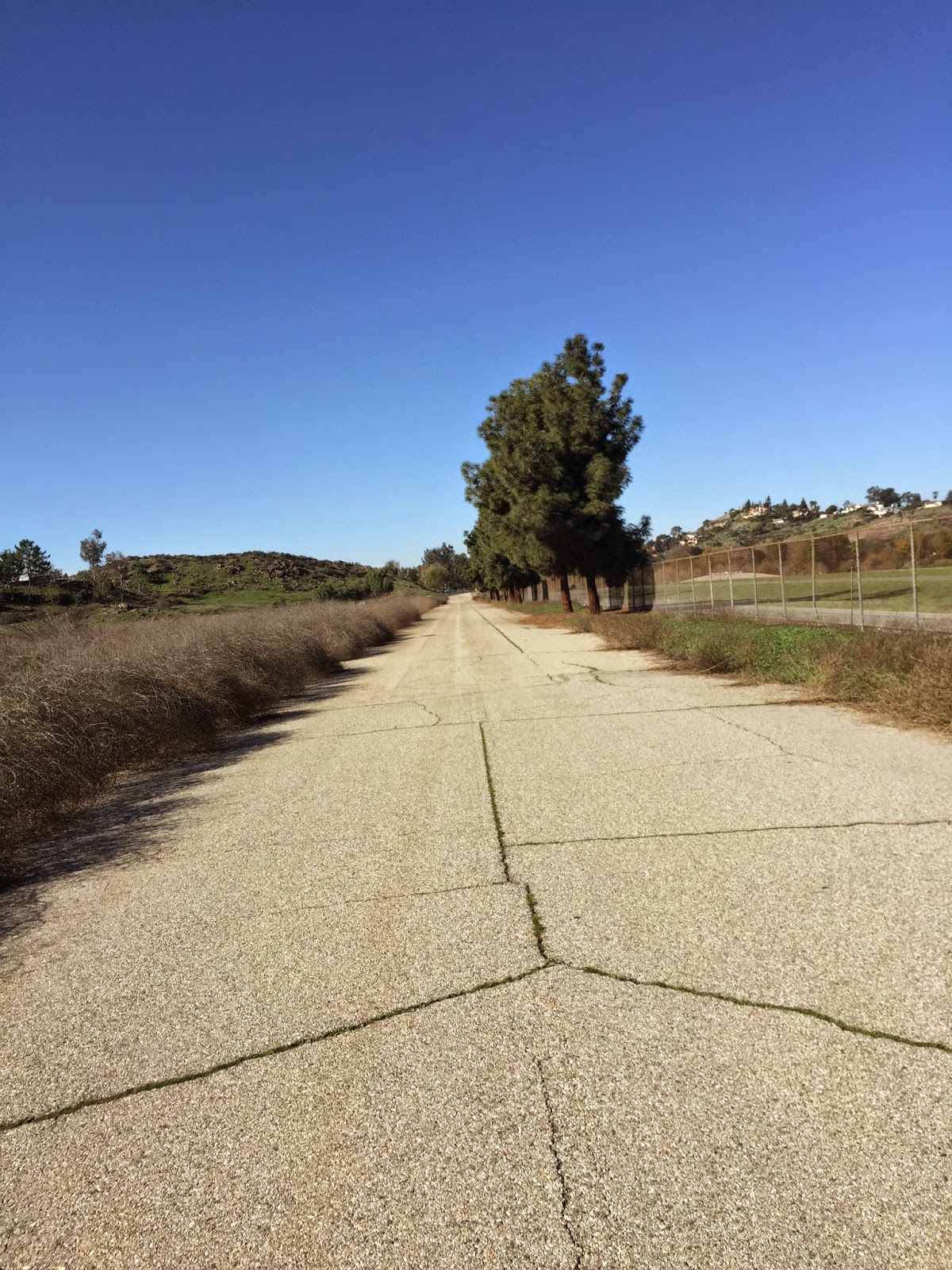 as we scampered along, we had to decide between continuing along the path or veering off into the trails.  i'd googled and seen that we were on the edge of nearby bonelli park, where lots of trail runs and triathlons are held.  feeling up for an adventure, the teen opted to do a little hiking. 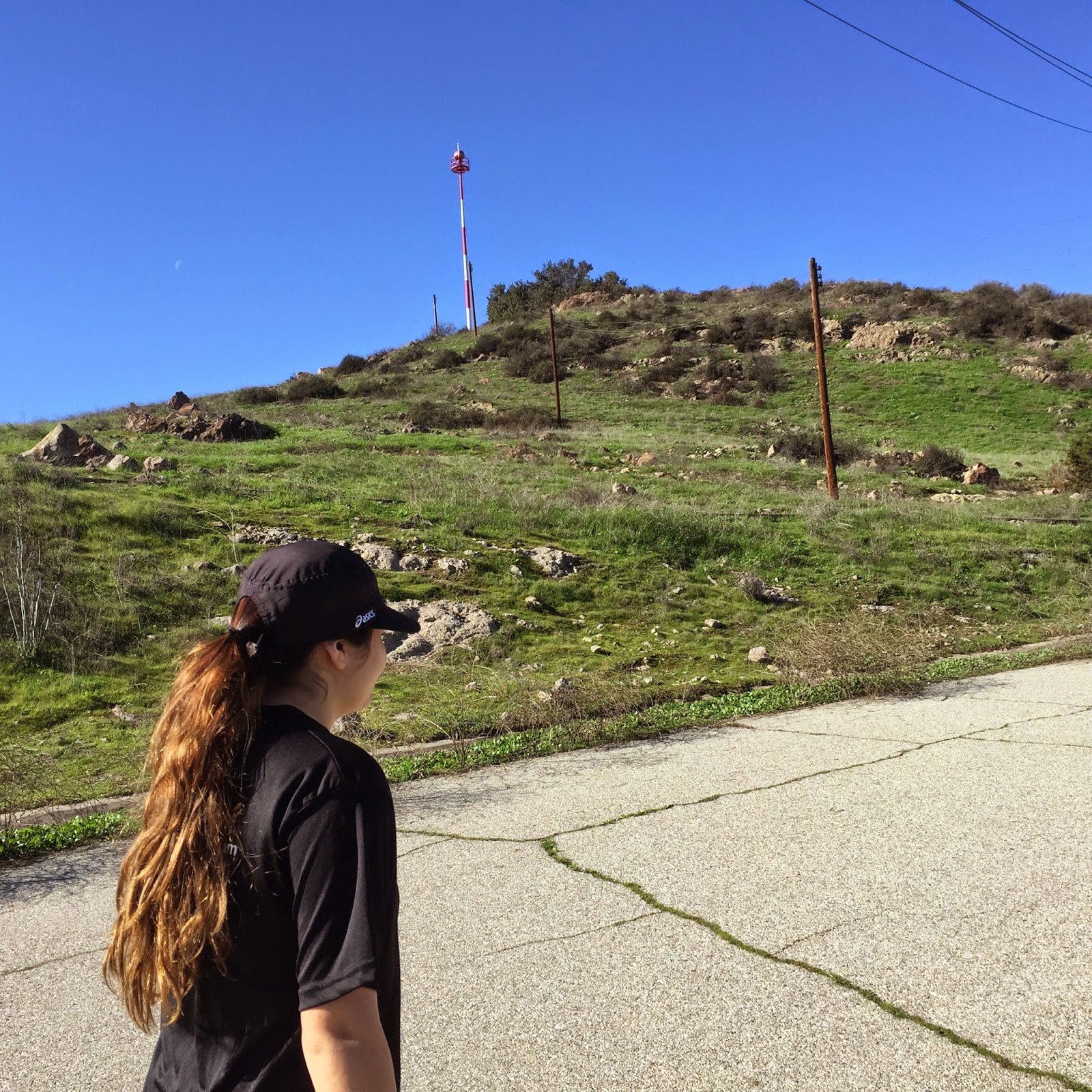 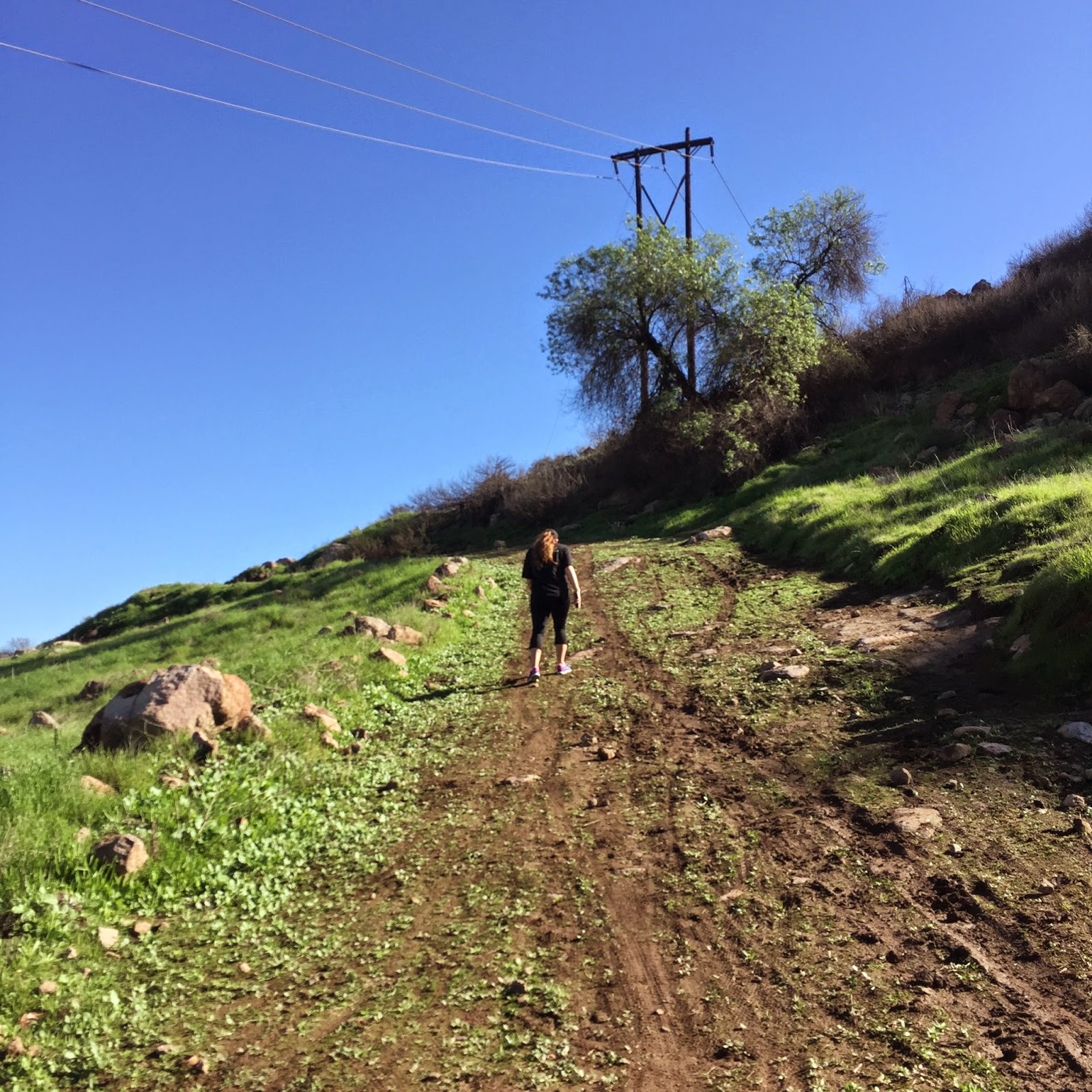 i hate hills.  this was the face i made as i trudged along behind her. 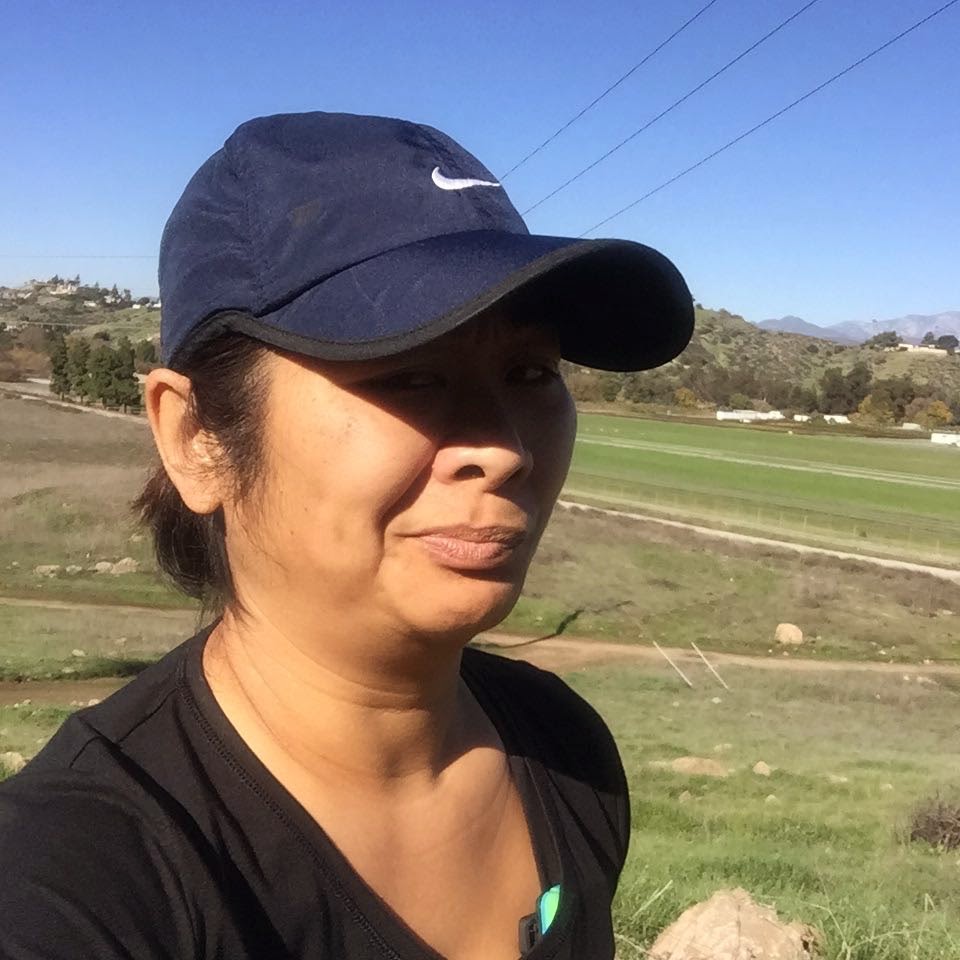 it was a dead end though, and we came to a halt at the top.  at least we got a pretty view. 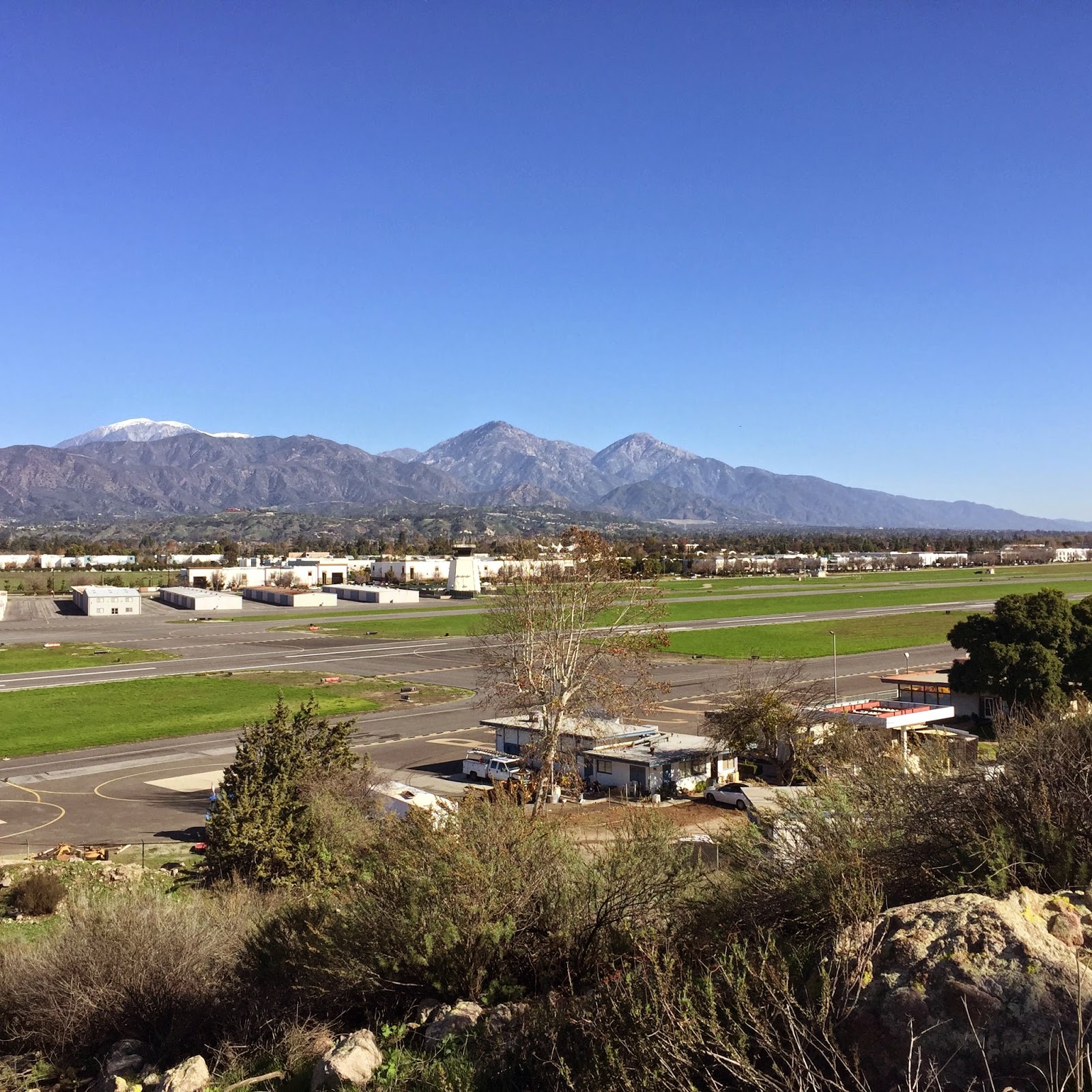 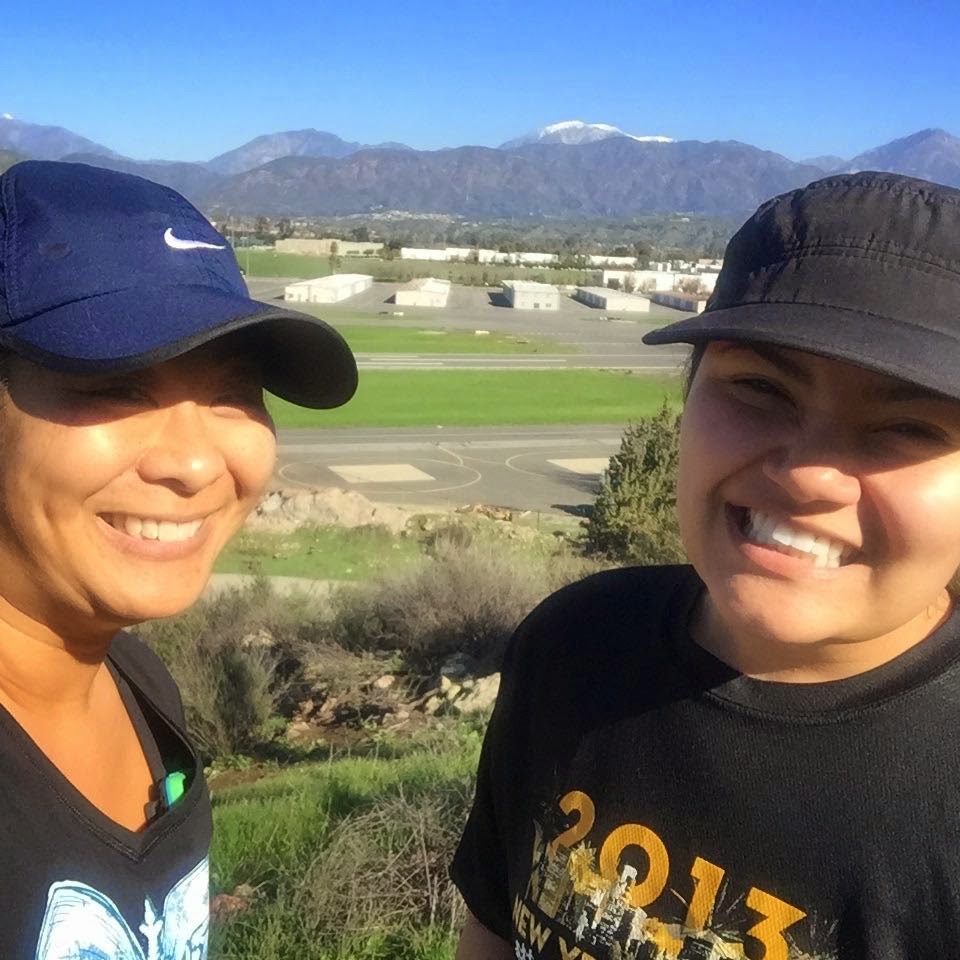 heading back to the pavement, we found this at what we thought was the end: 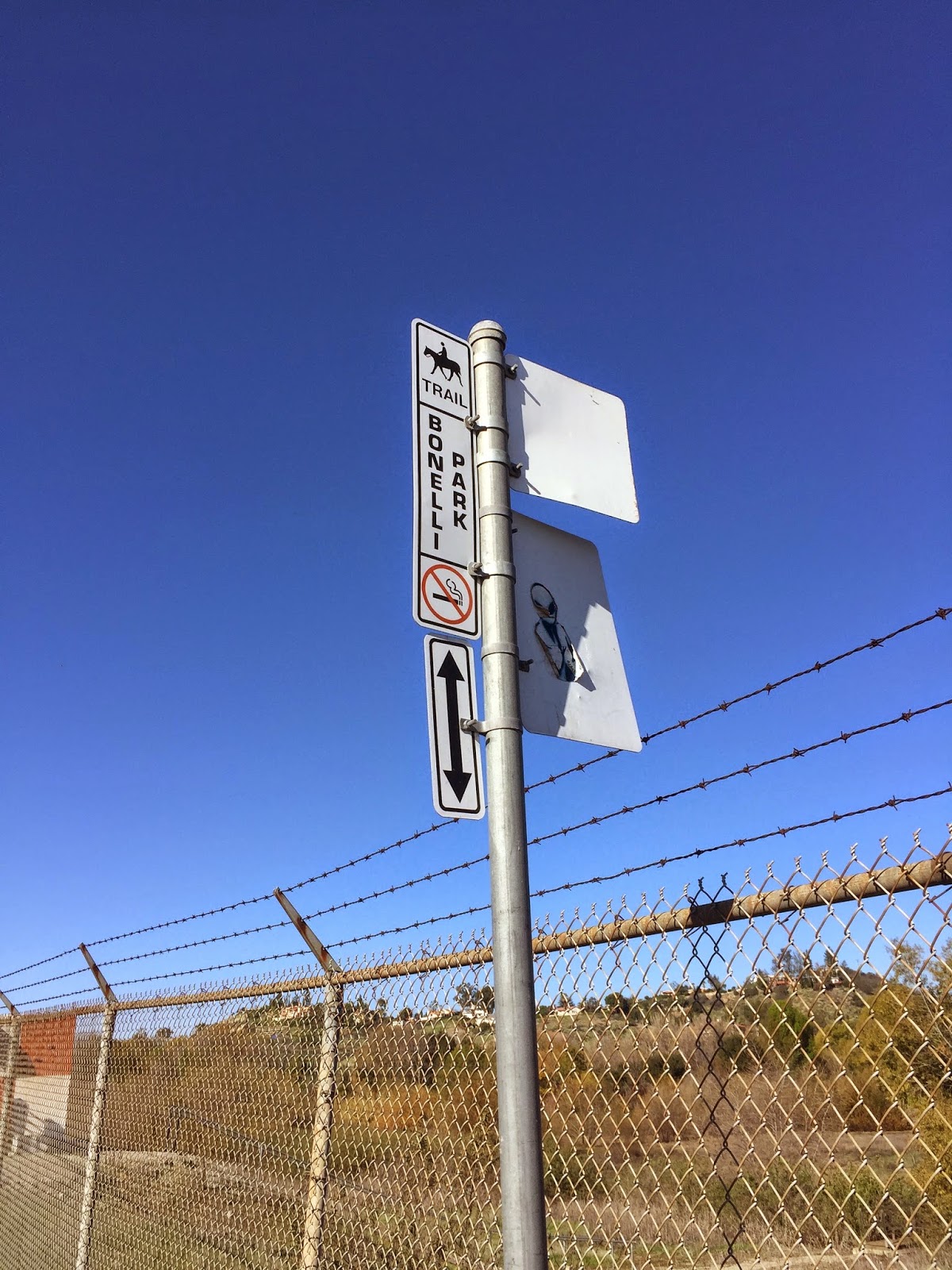 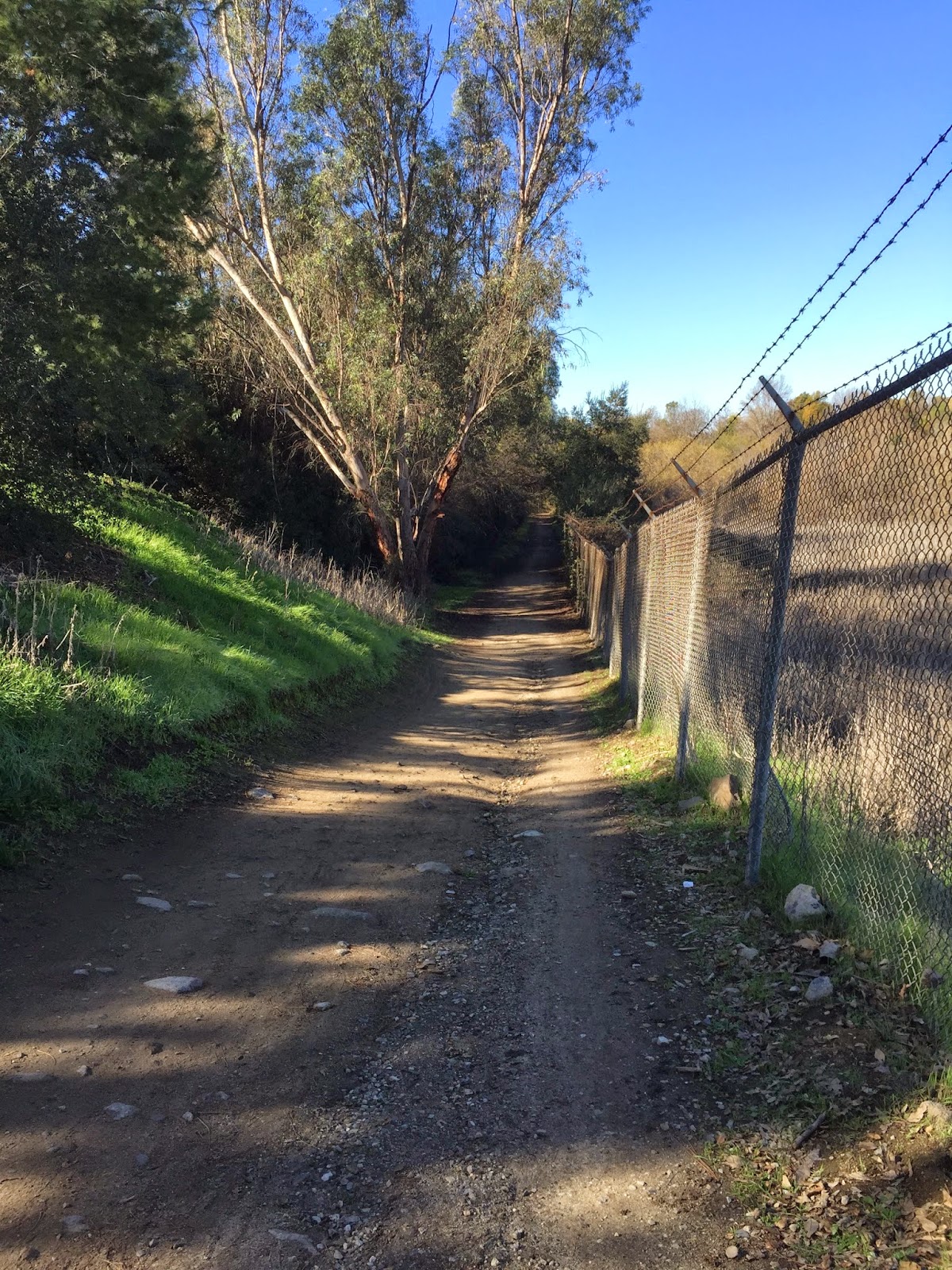 we started to jog down the trail, but found that the recent rains had left a whole lot of mud and ickiness.  we went about as far as we thought was safe, but once we hit a really big puddle that we couldn't walk around, we gave up and headed back. 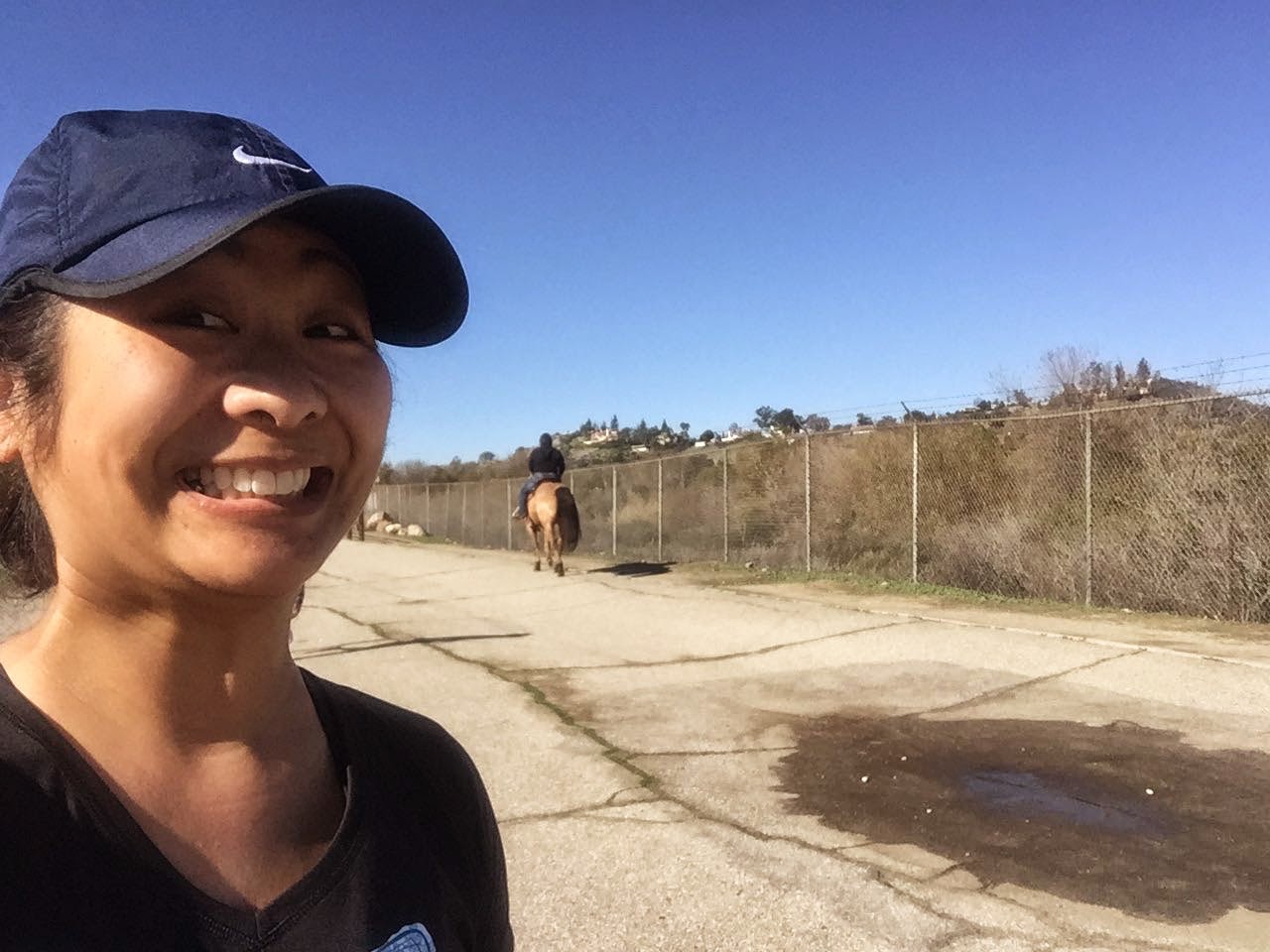 we'd barely gone a mile at this point, so we thought maybe we'd try a different trail that wasn't as shaded, which meant less mud. 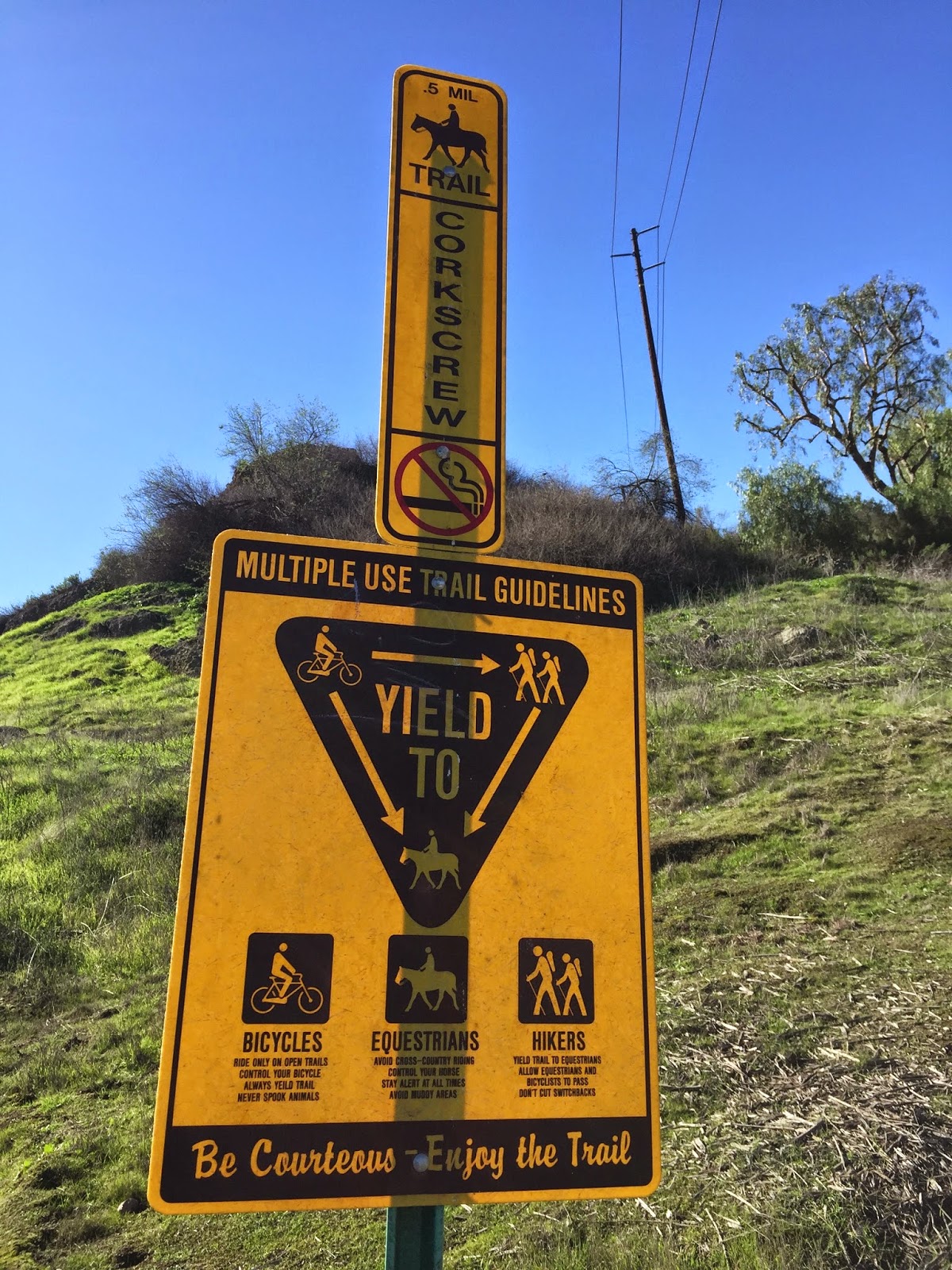 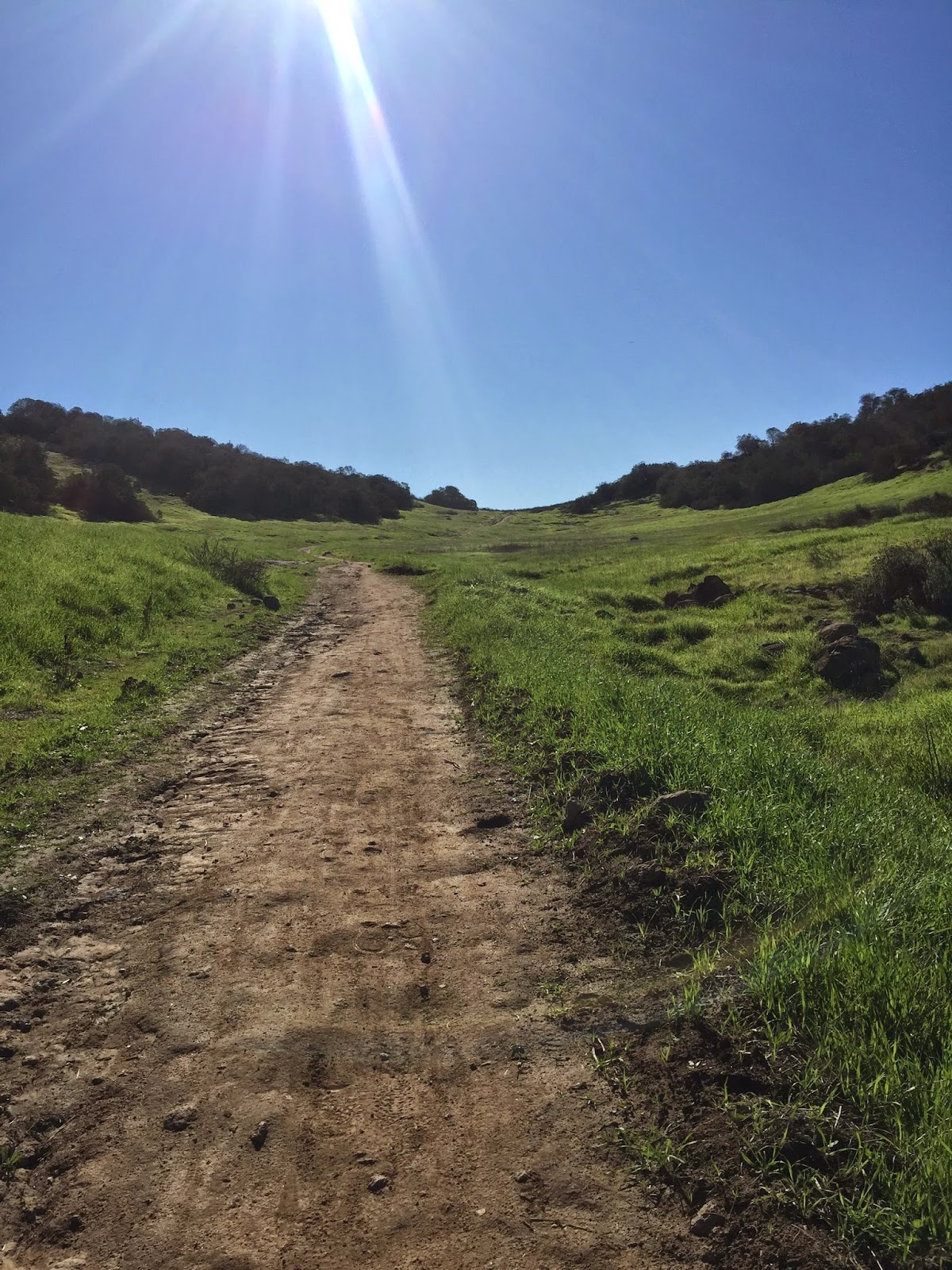 i had to laugh when the teen said "it looks like we're in scotland or something.  there should be bagpipes playing in the background."  neither of us really knows what scotland looks like. 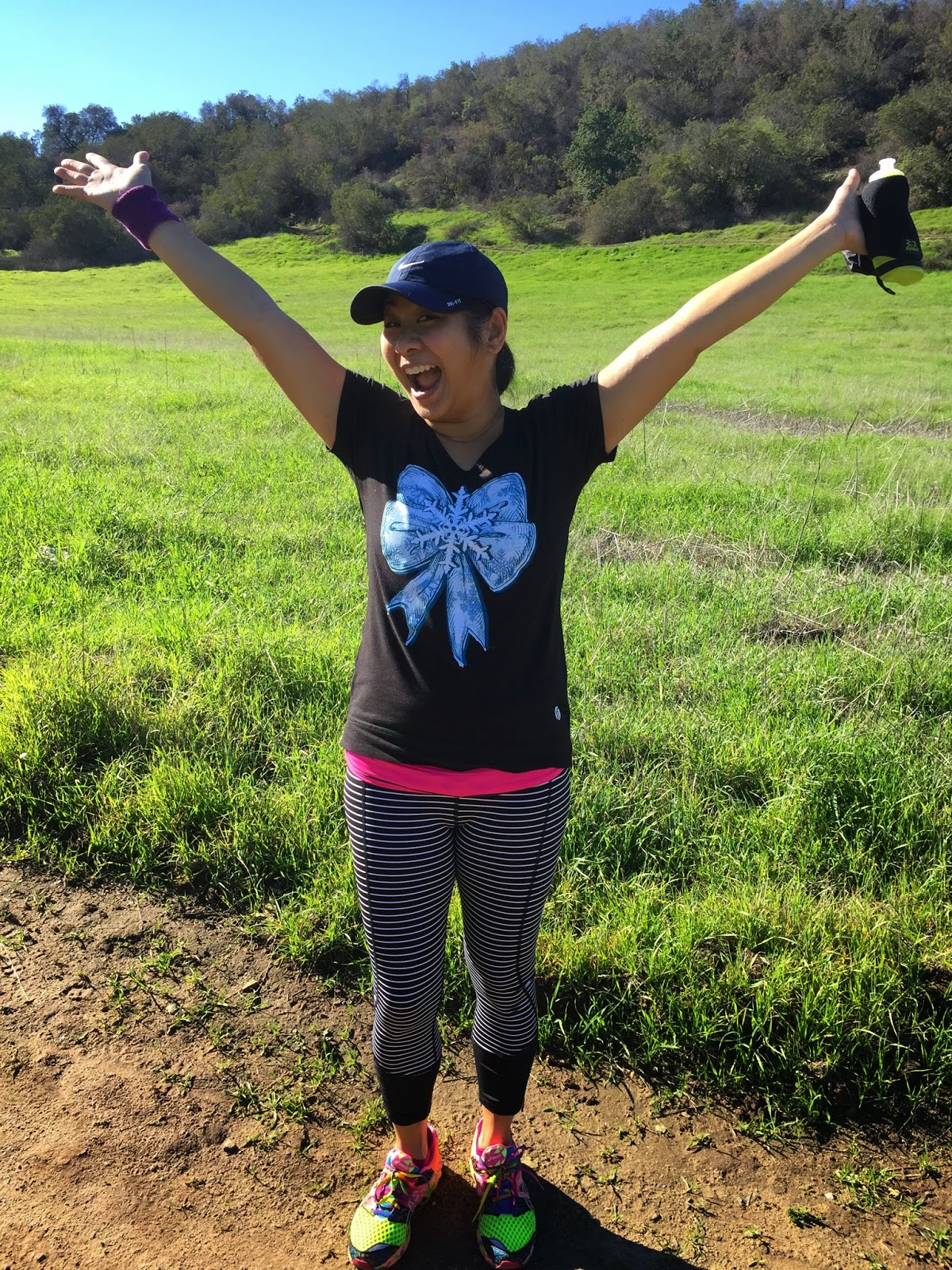 we'd seen bunnies and squirrels along the way, but when we spied a coyote scampering across the trail in front of us, we threw in the towel and turned around again.  although there was one more trail that led up to this thing: 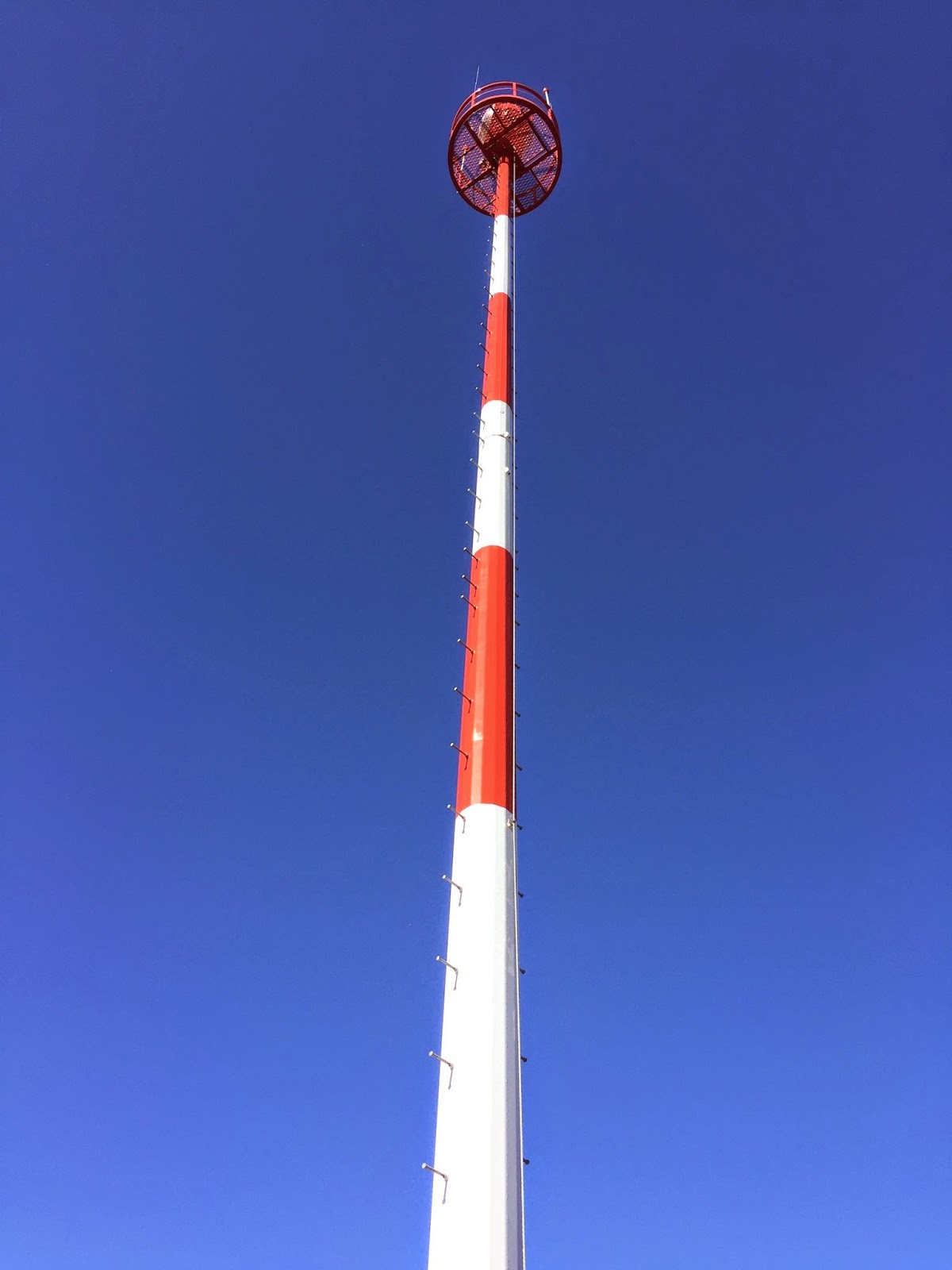 so we took it.  hey, it added another half mile to our total. 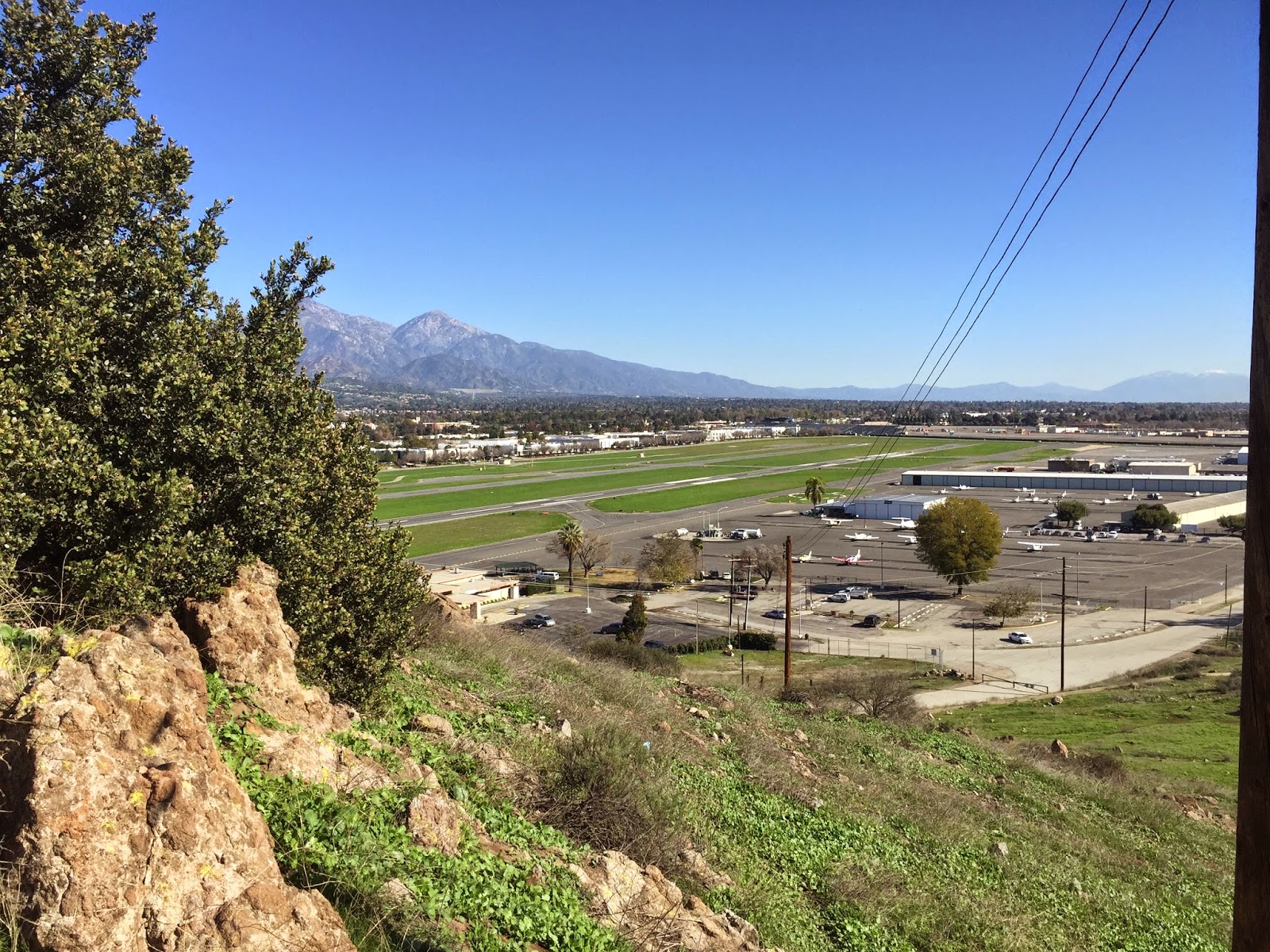 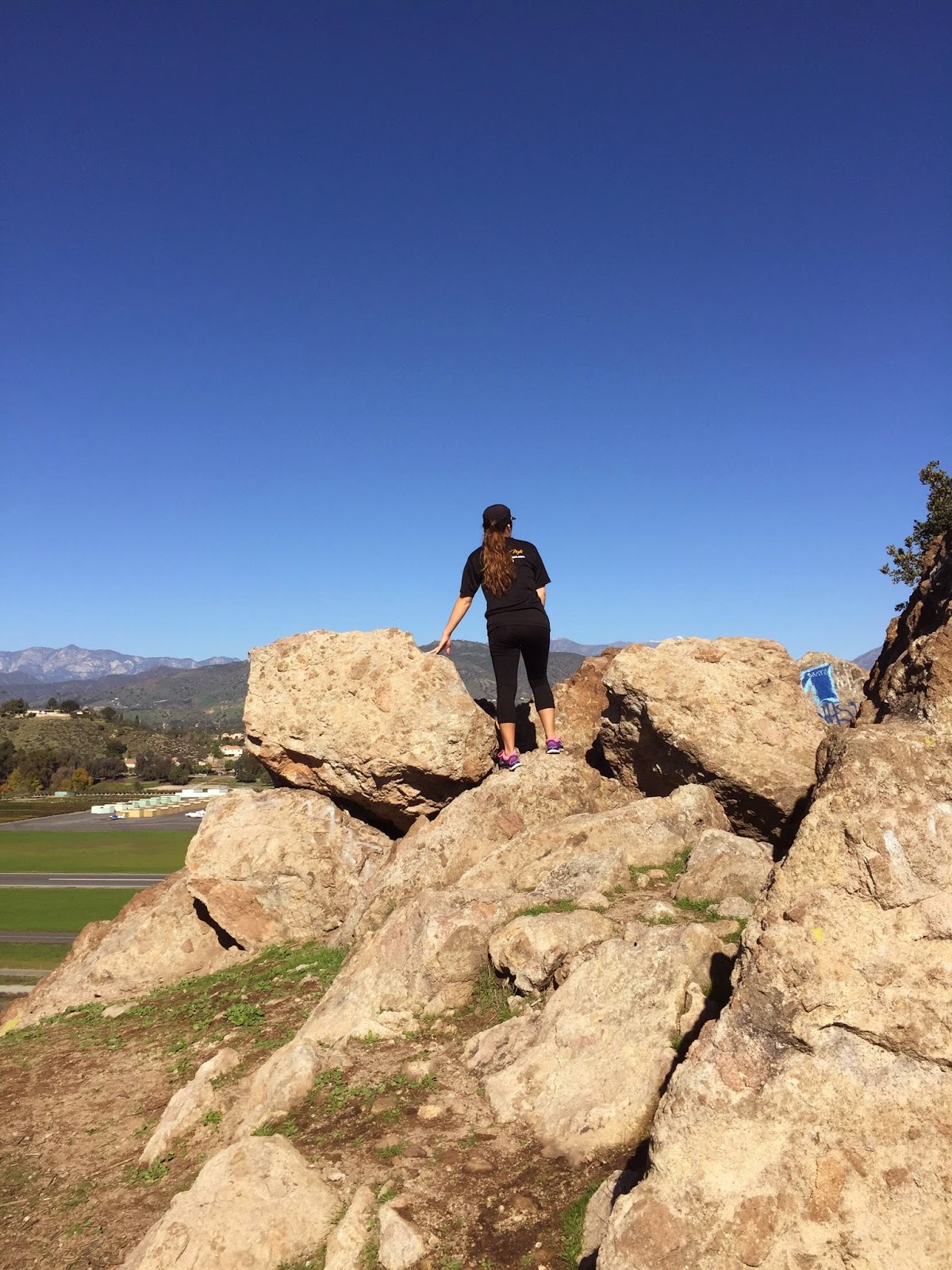 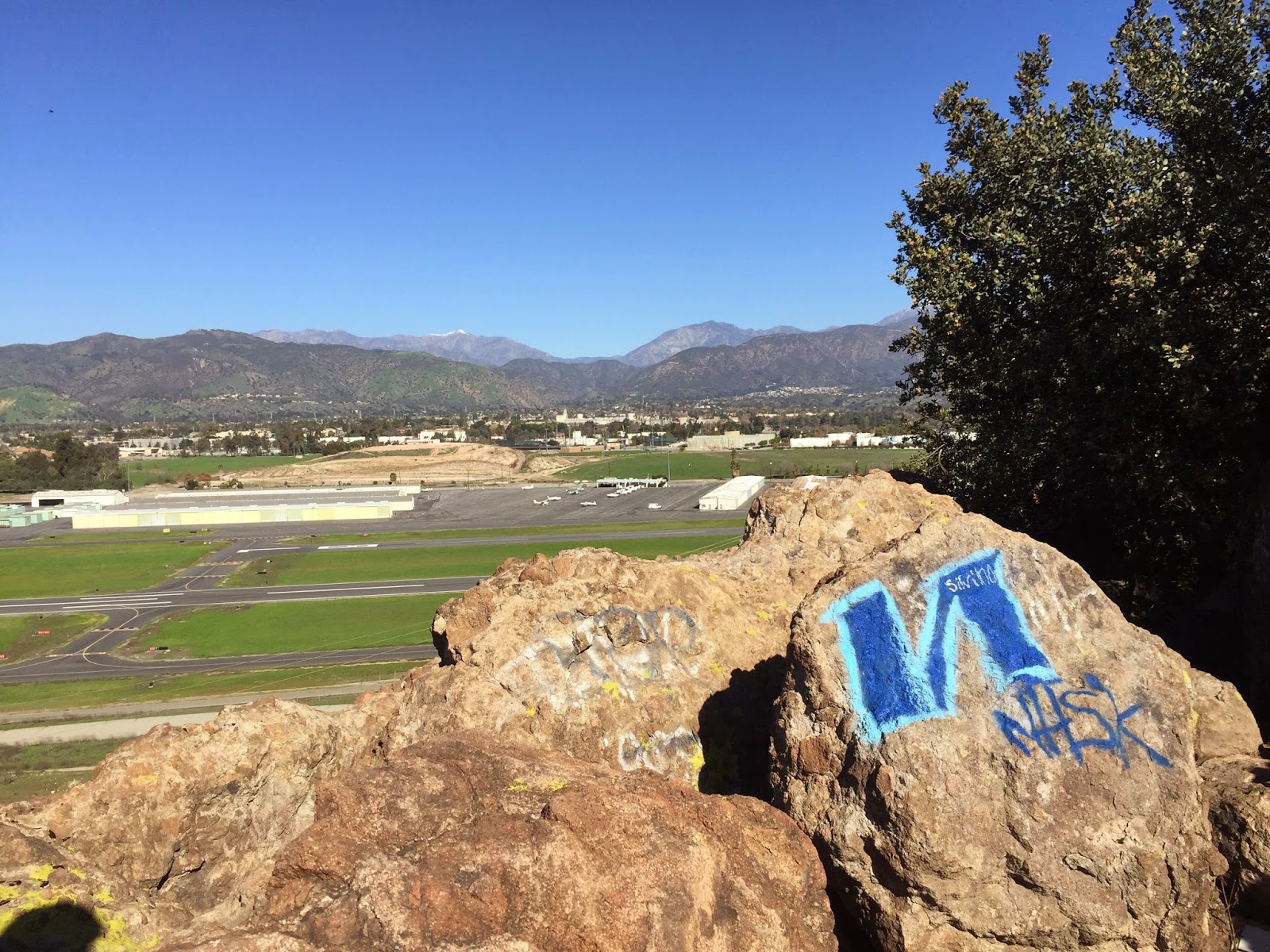 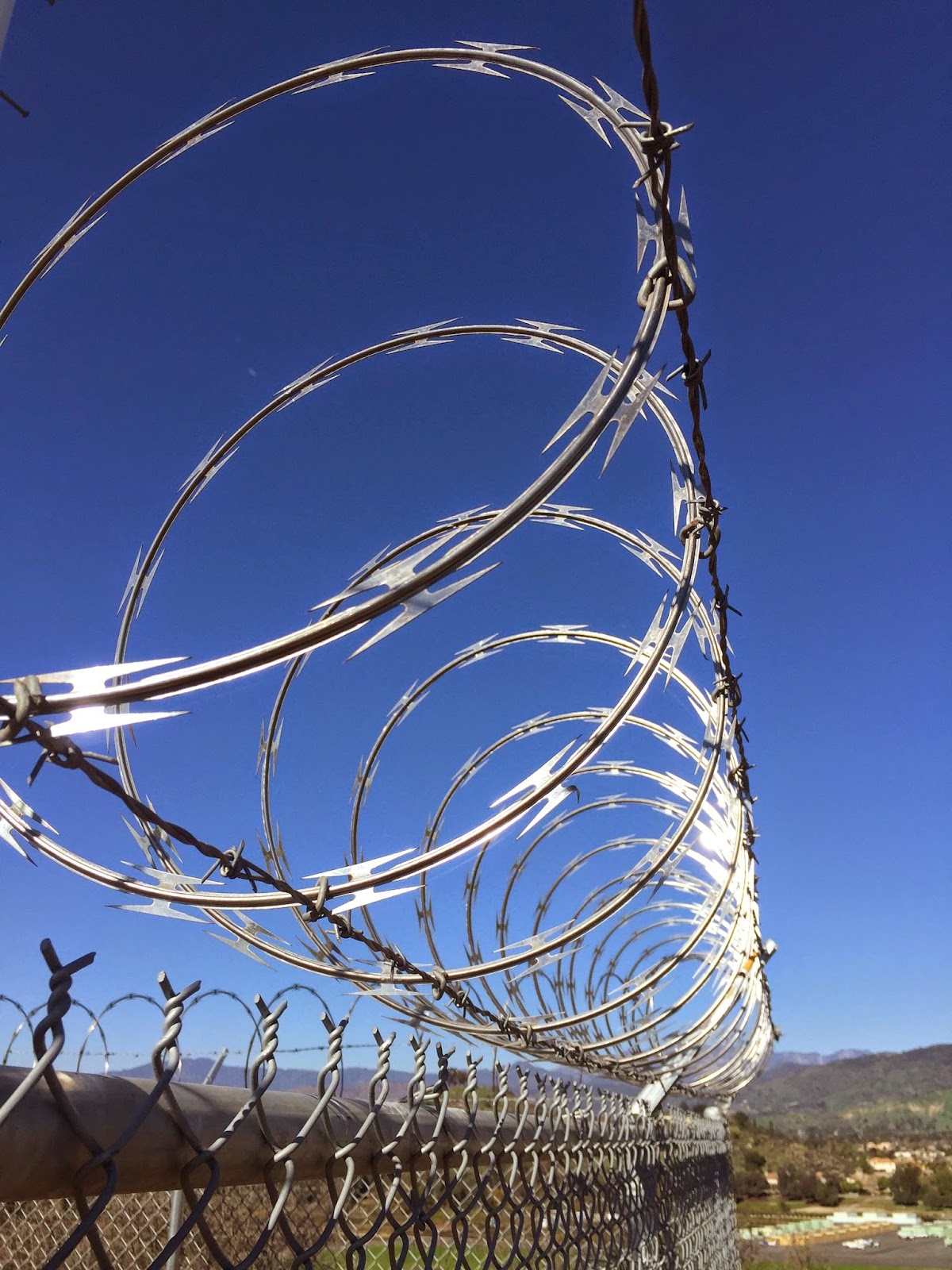 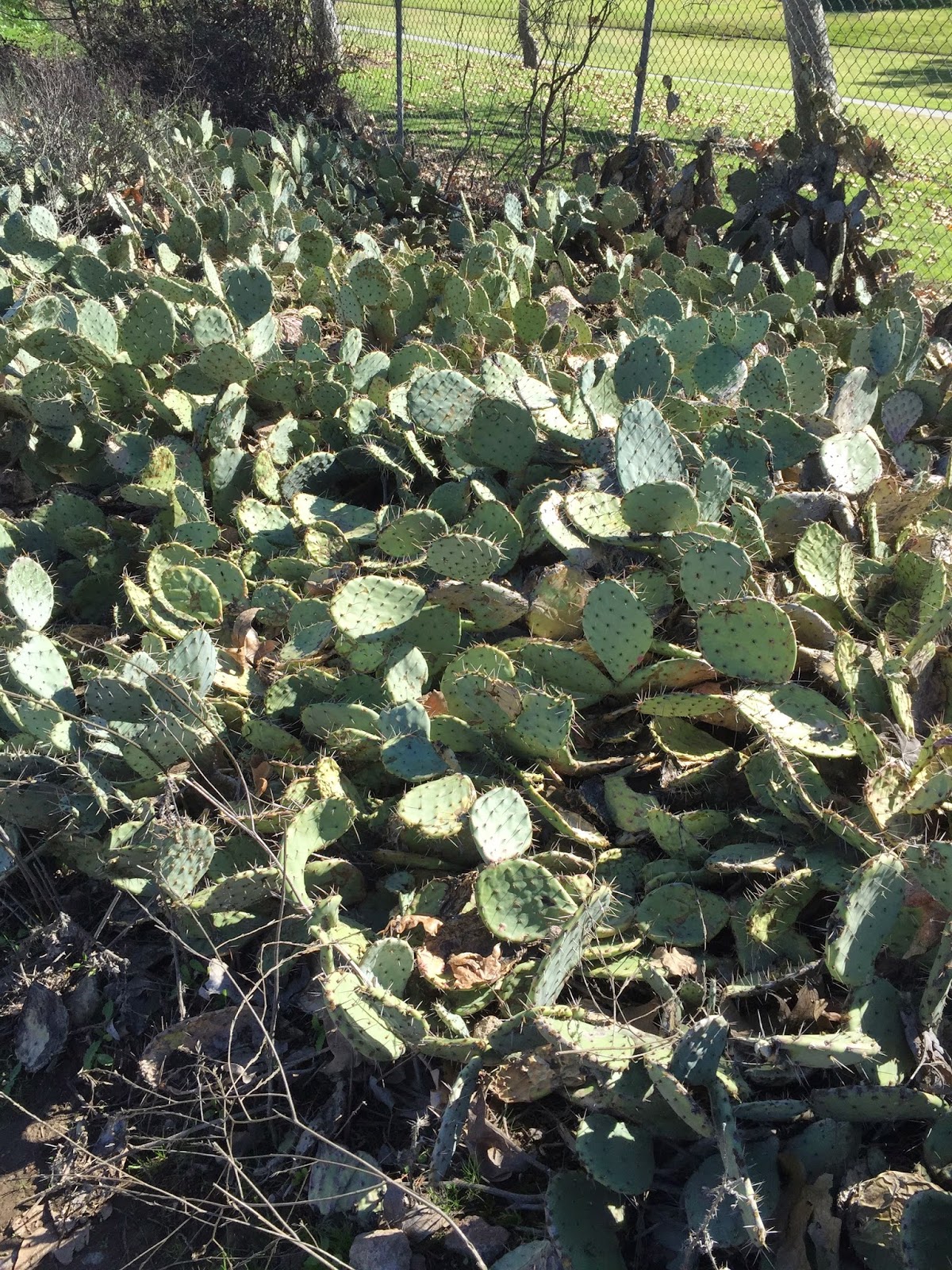 following the trail behind it led us to the edge of a neighboring golf course, down the hill and dumped us right in front of the parking lot.  we hadn't even done a full three miles, but we were sweaty and sore from the sun and the hills.  haha, we're such wusses.