you wanna see my disney side, huh?

disclaimer: i received free products in order to host the disney side @ home celebration. the opinions expressed here are my own.
we all know how much i love all things disney.  this is not news for anyone who knows anything about me, yes?

so when i received an e-mail last month inviting me to apply to host a disney side home celebration, it took about 2.3 seconds for me to click on the link and complete the registration form.  i'd seen people posting about these little disney-sponsored shindigs last year, and thought it sounded like great fun.  it's simple - you invite friends and family over to hang out, play some games, enjoy some refreshments, maybe do some other fun activities together.  and you're given a box stuffed full of all sorts of goodies to use at the party, from invitations to game prizes to decorations and everything in between.

shortly after new year's, i was beyond elated to receive this e-mail: 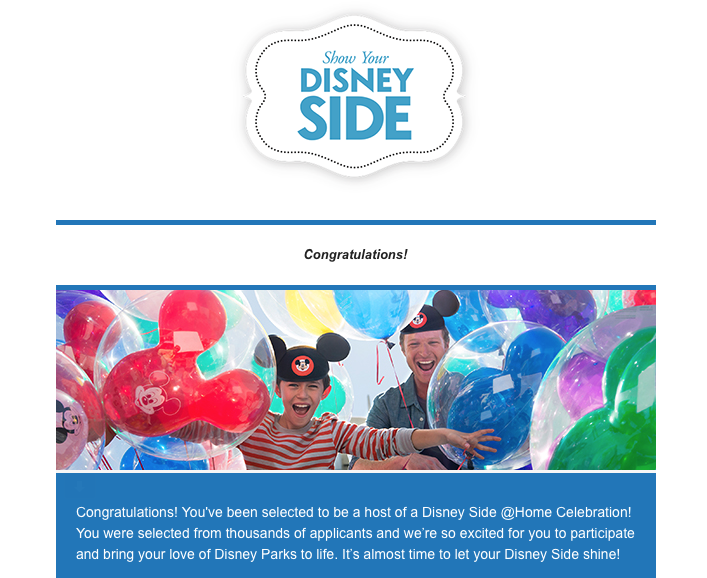 i started perusing pinterest for party ideas, joined the official facebook group, and wondered what sort of disney magic was coming my way in that mystery box of goodies.  i'd seen that some folks had been assigned themes for their parties:  preschool, princesses, villains, etc.  my e-mail didn't specify any particular theme, and from reading other posts on that facebook group, i gathered that i'd be receiving a more generic "mickey & friends"- type box.  this meant that i was pretty much free to decide what kind of party to have, and that's perfectly fine by me.  i was just super excited to have been selected, because fun party with free stuff?  um, okay!

i'm realizing that i use the word "fun" a lot.  this may be annoying, but i mean...it's just so appropriate for so many situations i find myself in.  sue me (no, don't do that).

so anyway, as the days went by and some people were reporting receiving notifications from UPS that their boxes were on their way, the excitement was growing.  i managed to figure out how to check my own UPS account and was able to get a better idea of when i could expect to receive my magical shipment.  with the parties expected to happen anytime between now and the end of february, i really wanted as much time as possible to decide on the specifics - who, what, when, where, how?  so many details to hammer out.  some people were even talking about contacting local businesses to sponsor things like party food, decorations, entertainment.  i don't know about going to that extent, but i suppose it's something to consider.  maybe.  maybe not.  i'm not really good at asking people for stuff.

and then yesterday, this popped up in my inbox:

sah-weeeeeet.  every time the dog barked out of nowhere, i scampered to the door to see if the UPS man had arrived.  of course, most of the time it was because molly had seen a neighborhood cat sashaying down the street.  but finally, as the bean and i were getting ready to enjoy some costco rotisserie chicken and mac & cheese, it came. 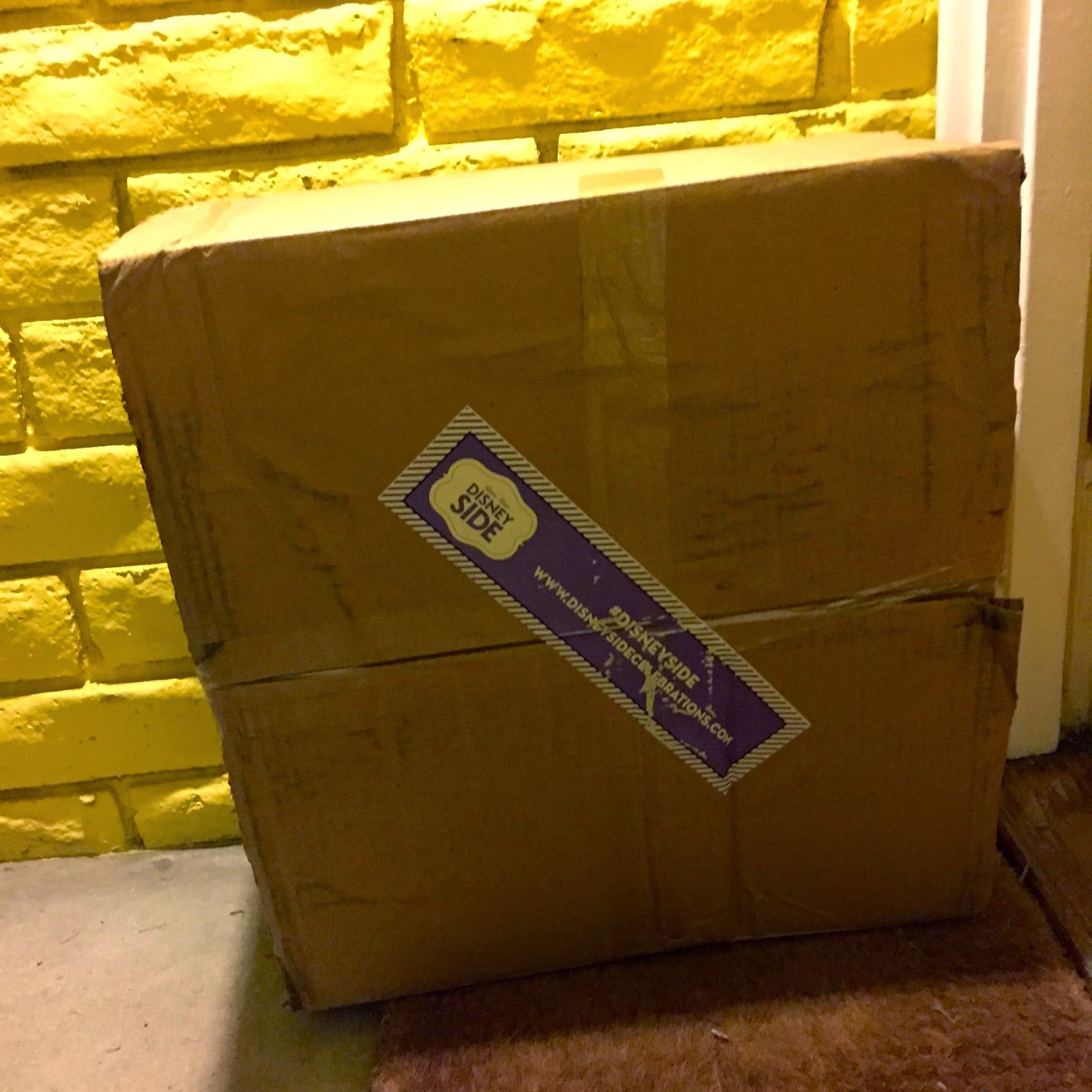 she had no idea what was in that box, but one look at the words on the purple disney side sticker and she was jumping out of her chair.  "open it, mom, open it!"  and so i did. 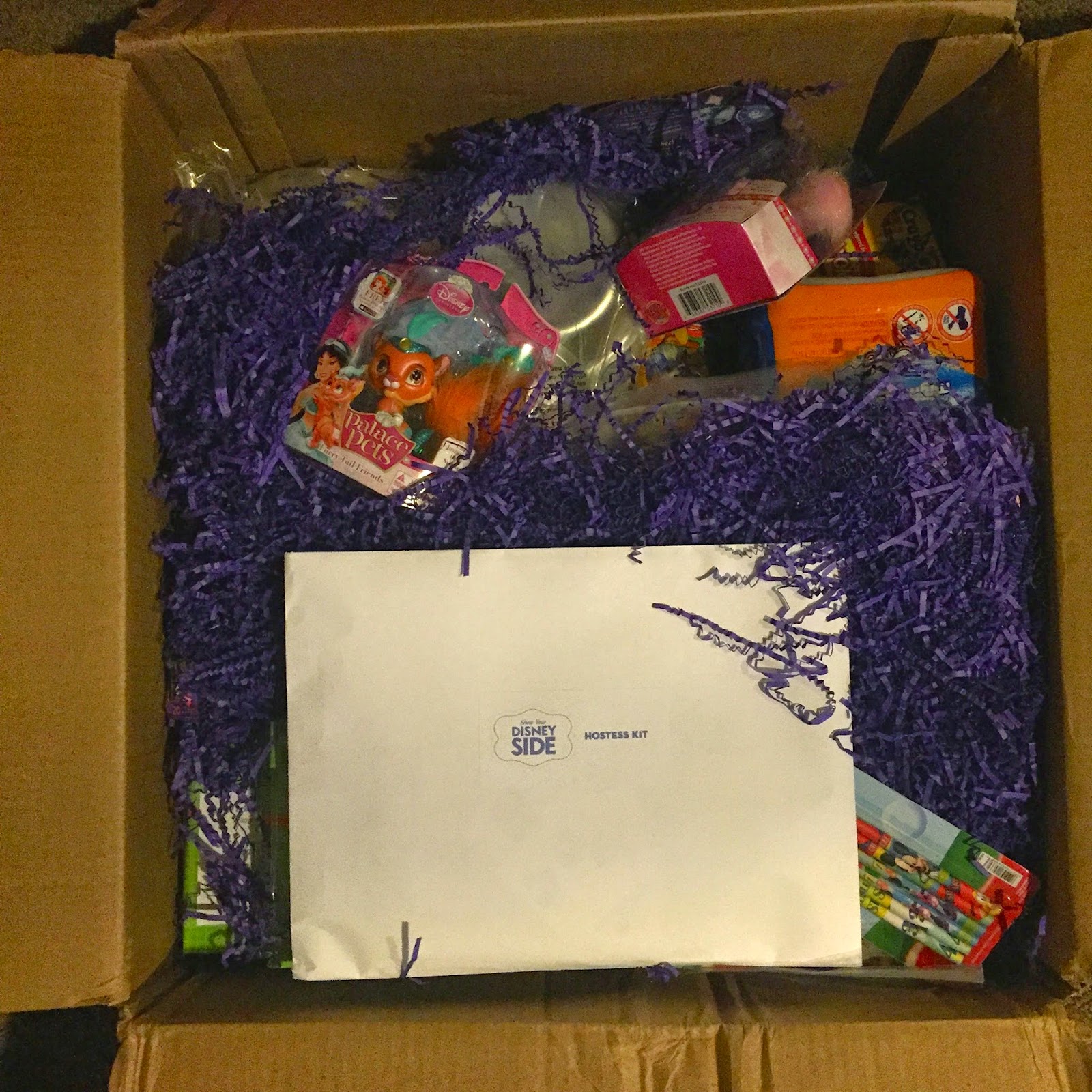 there was a lot of oohing and aahing with every item i pulled out.  it seemed endless, as the pile of party goods grew and grew, until finally i had reached the bottom of the box.  look at all of these treasures! 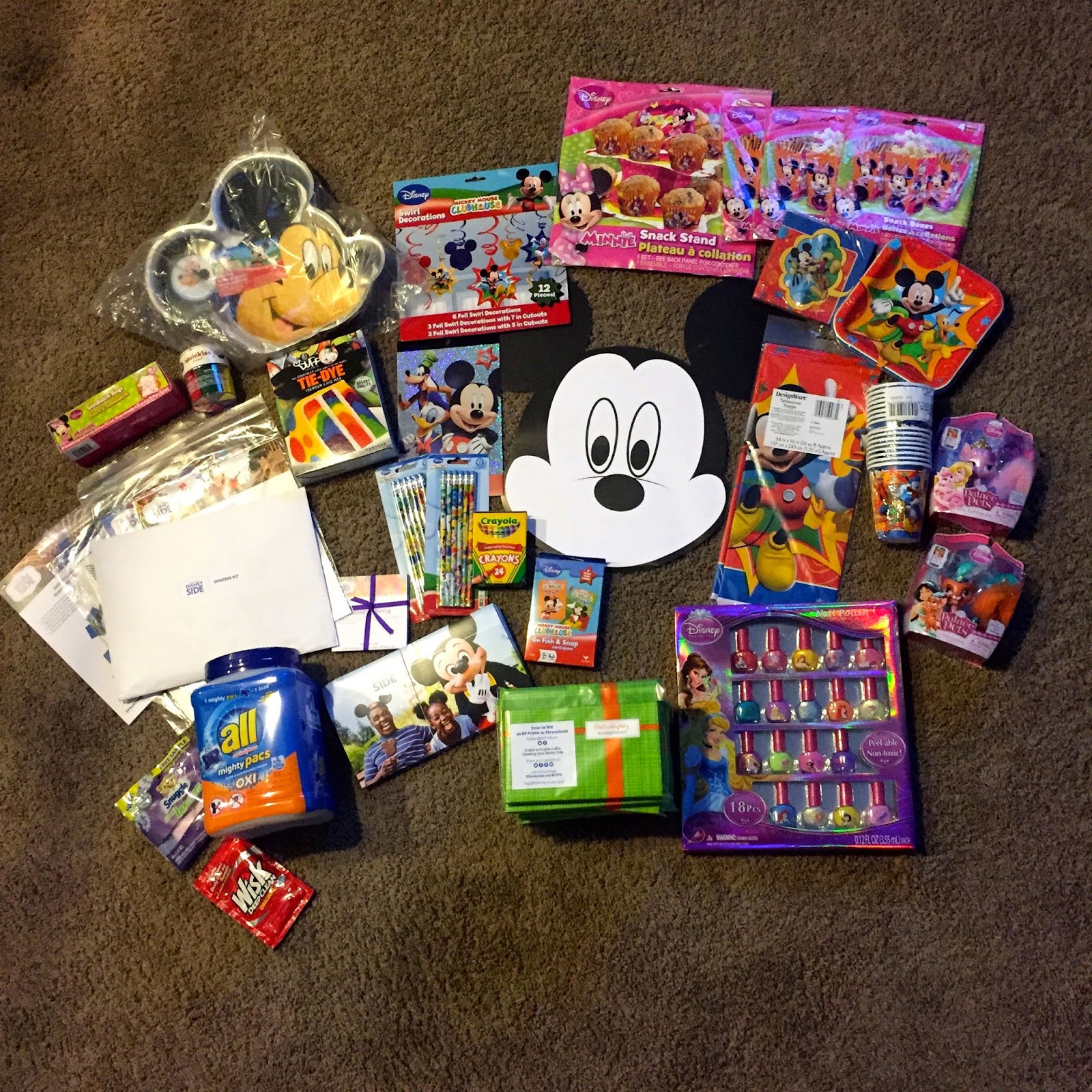 there are games, decorations, supplies to make a mickey-shaped cake, favors - this is literally a party in a box, people.  it's going to be a blast.  and look, even invitations, with mickey tattoos to include as a little incentive: 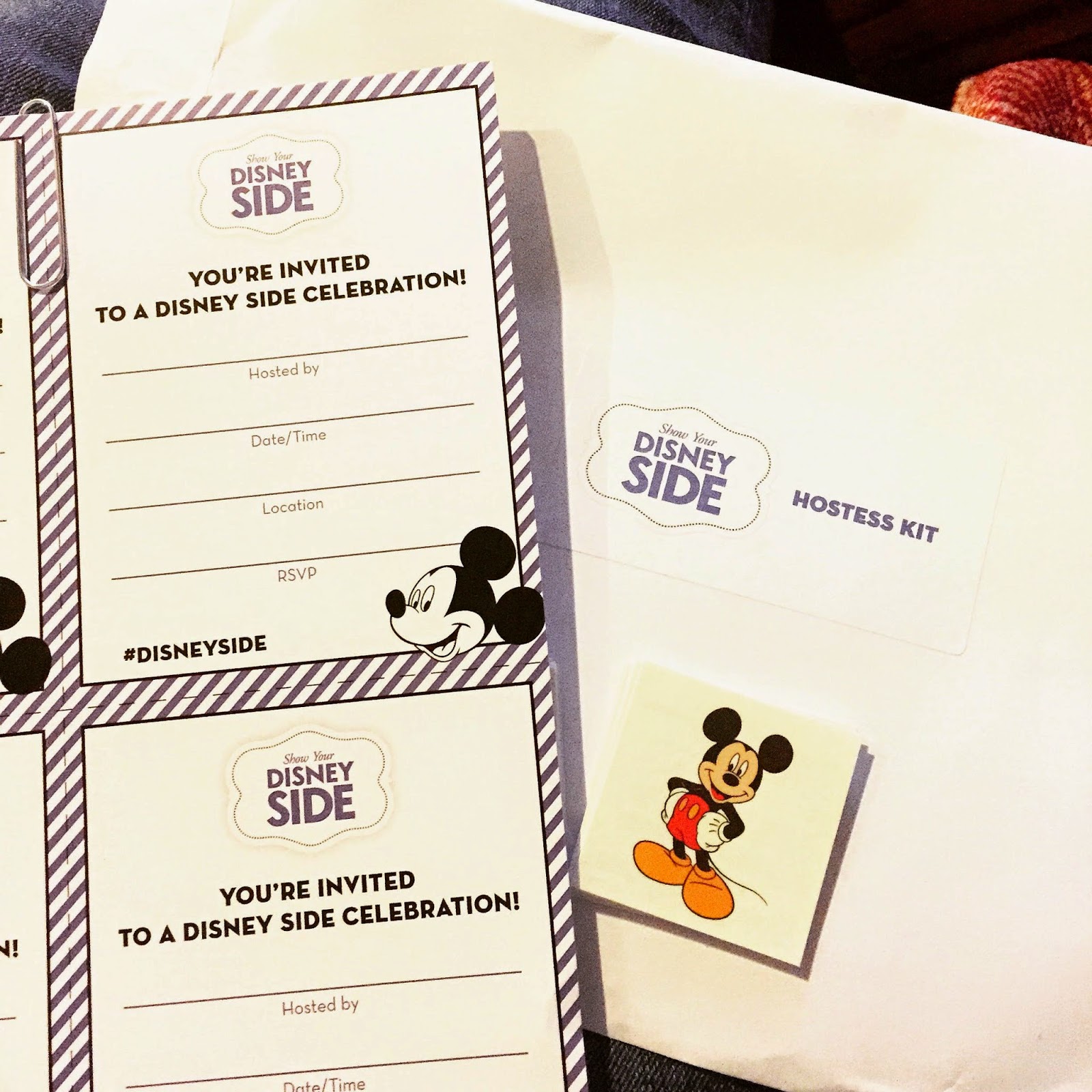