kicking off the new year

the first saturday of the year was a long and busy day for me.  it started, of course, with this: 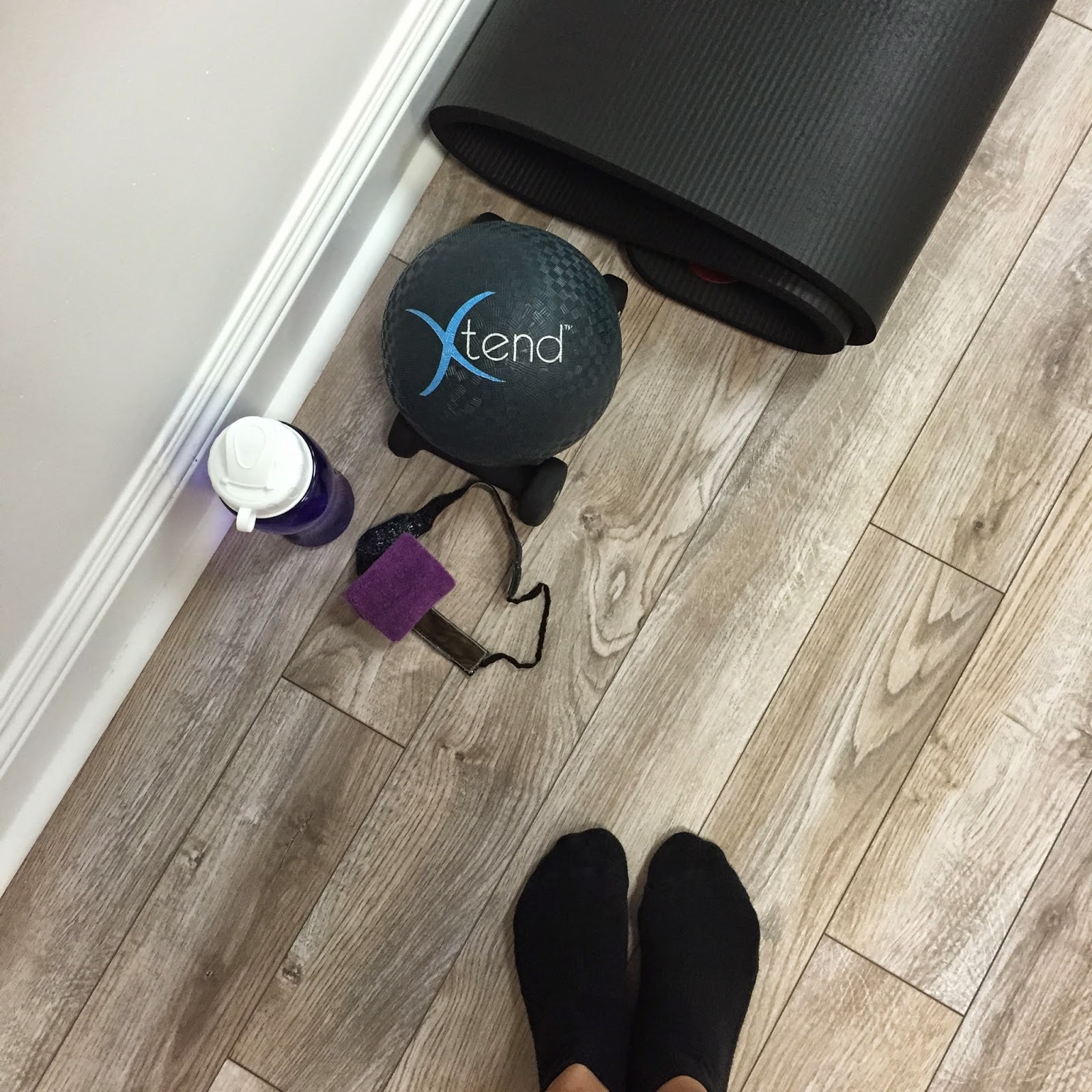 a few hours later, after dropping the bean off with lilcee to spend some quality time with her BFF mini cee, i was at the biltmore hotel in downtown l.a. for this. 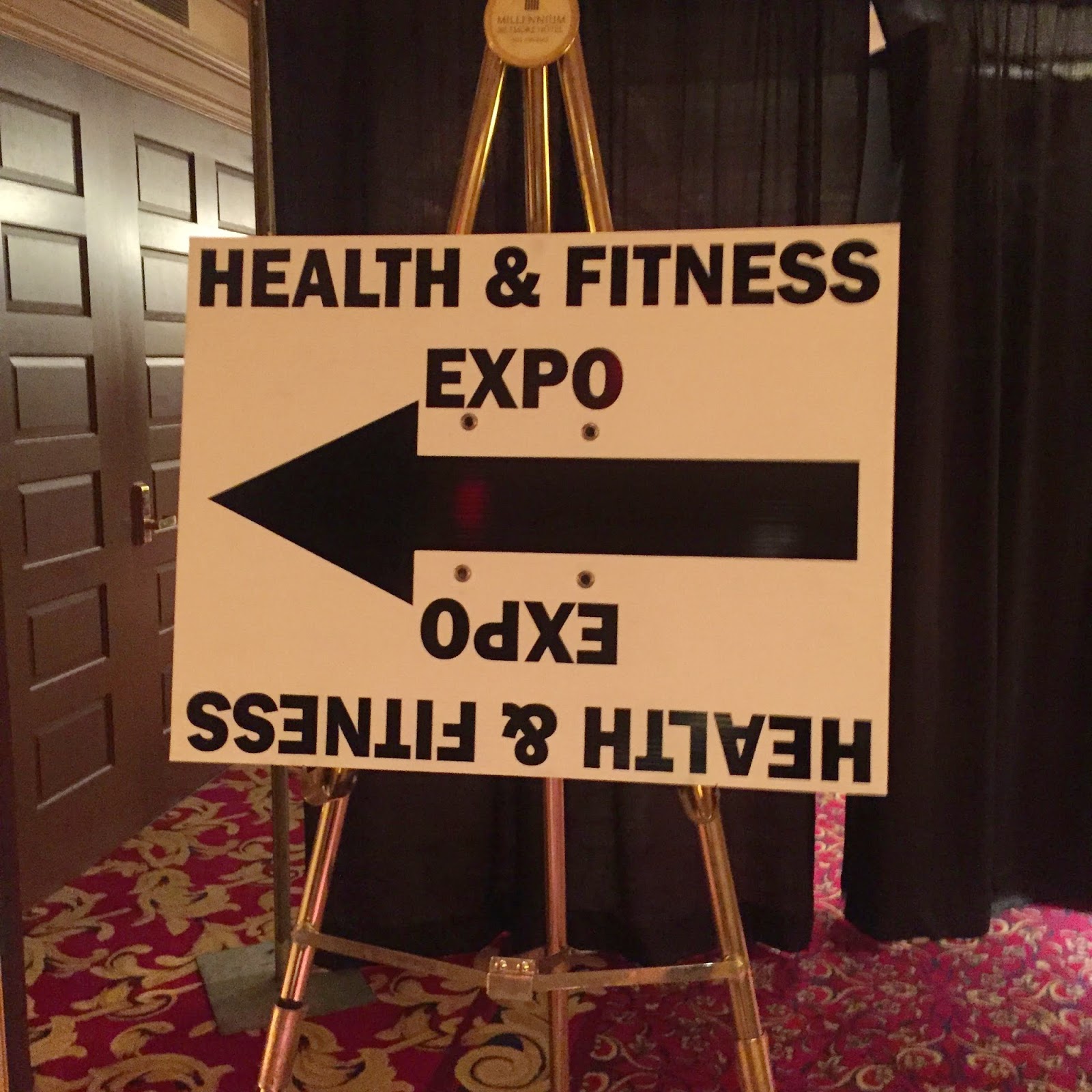 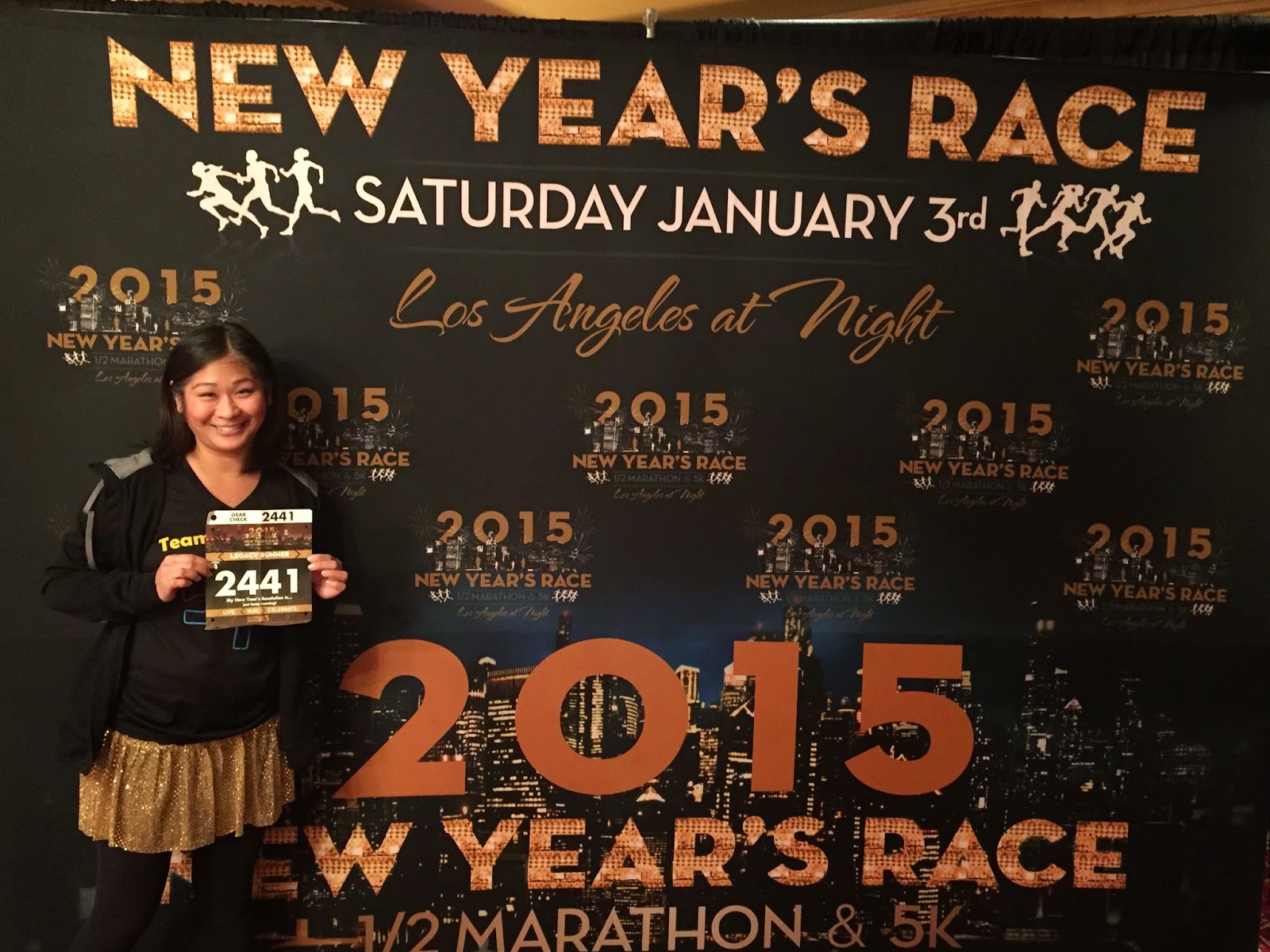 i'm pretty excited to have been chosen to represent superhero events as a race ambassador again.  my running kind of fell to the wayside during the second half of 2014, and i'm hoping this will be the kick in the ass to get it going again.  and one of the things i get to do as part of team superhero is to help out at the booths they set up at various races throughout the year. 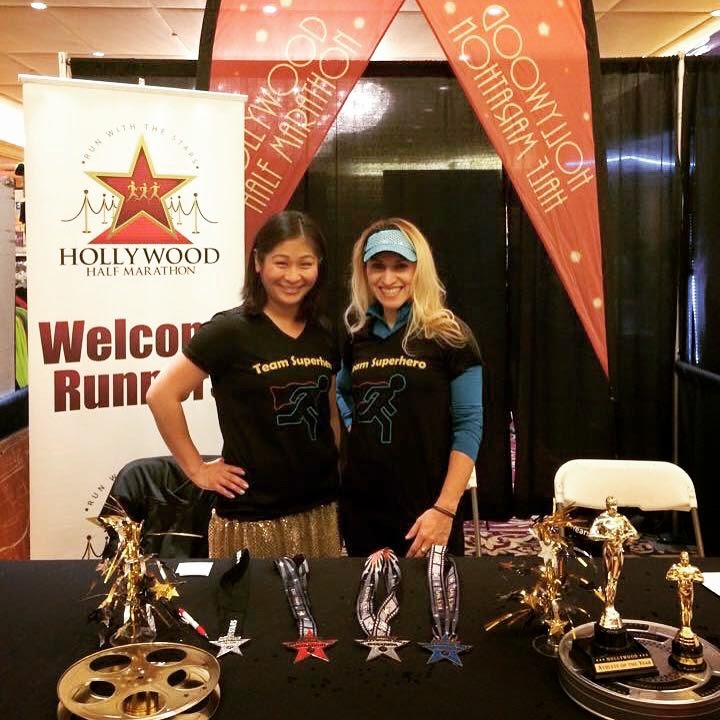 the funny thing is, when i volunteered for a shift at the new year's race expo, i hadn't really been prepared to run the race.  i've participated in the 5K since it started - dragging the teen in 2013 and the hub in 2014, which makes me a legacy runner.  so i decided that since i was going to be there anyway, i might as well run.  the expo was scheduled to end at 4, with the race starting at 6.  i hunted around for a coupon code to see if i could get a good deal on the entry fee, and when i searched in my email i found this: 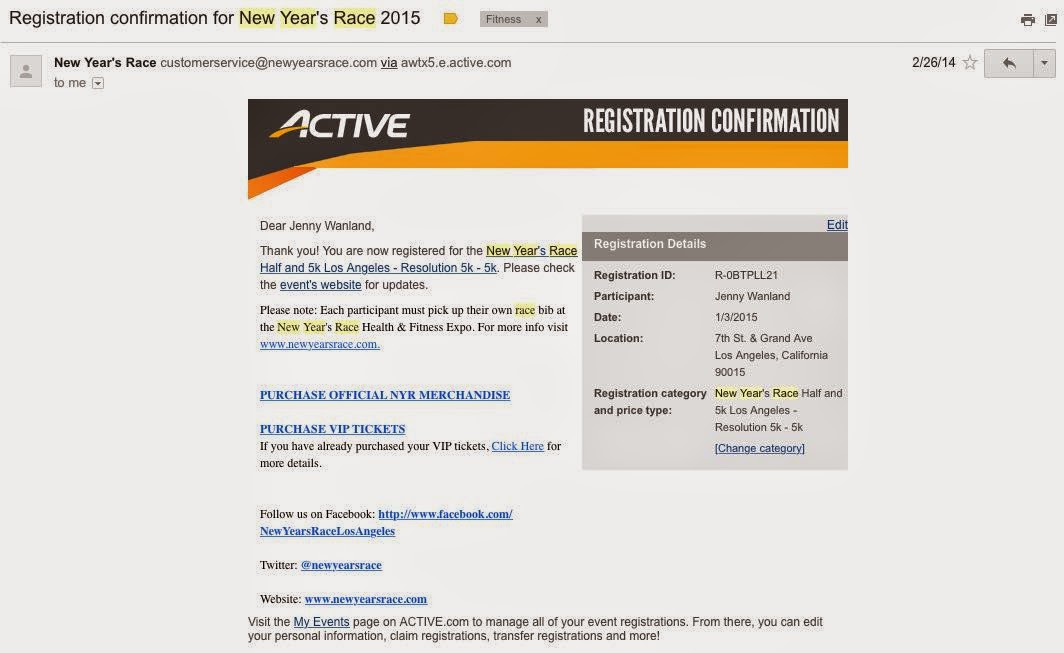 haha!  and look at the date on that email - i must've gotten a screaming deal on it.  yay for me!

the expo was fun as always.  runners are really interesting to interact with, especially when they're getting ready to race in a couple of hours.  we registered a lot of people for the upcoming hollywood half weekend, luring them in with a $20 off special.  and i got to walk around a little to check out the other vendors and their wares. 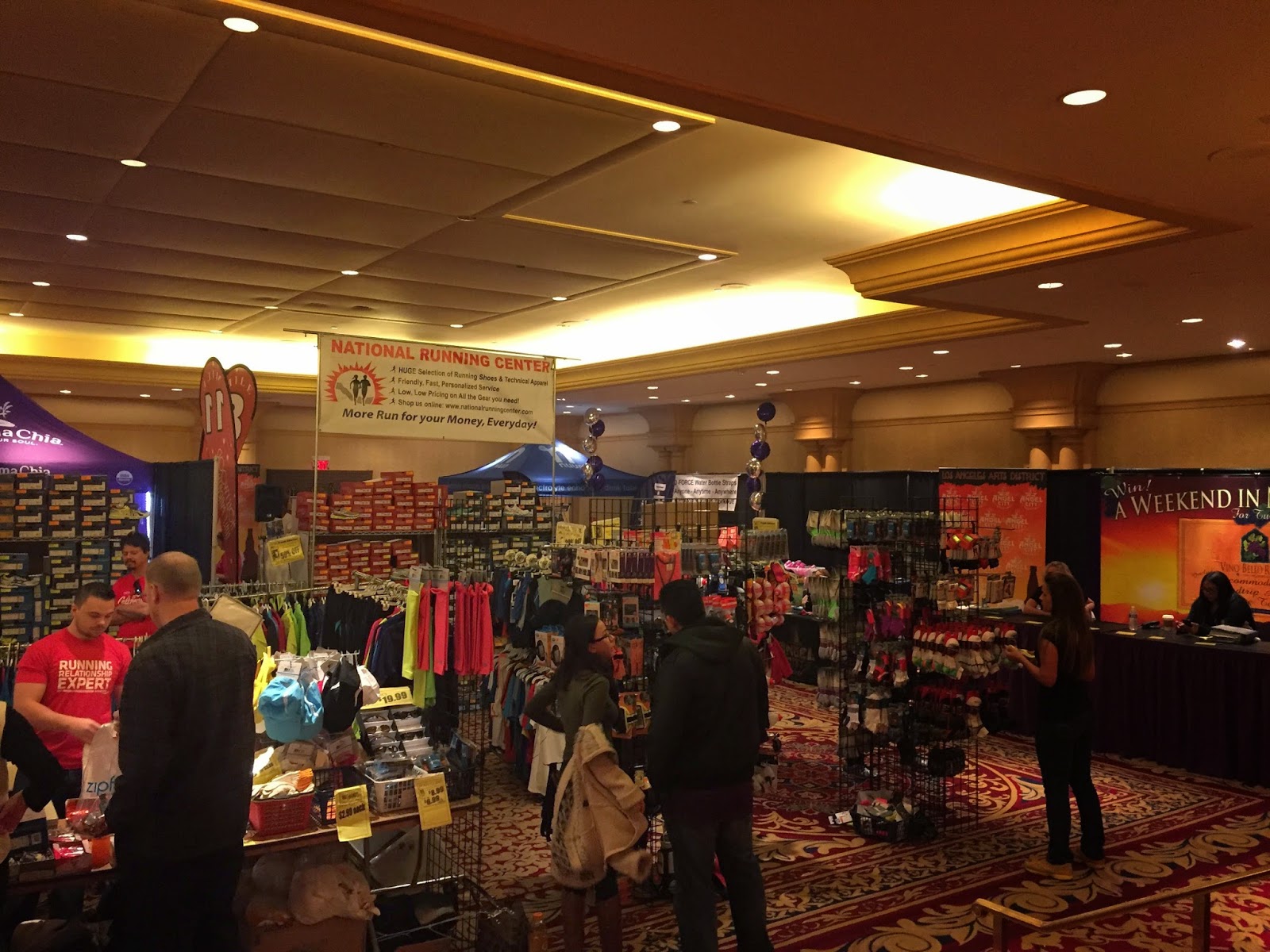 the booth just across from us was doing brisk business, selling rubber straps that turn any water bottle into an easy-grip container.  you slip it on the bottle, stick your hand through, and then you can carry it easily during a run or even turn it into a weight to use during a workout.  it was pretty nifty.  and with a little help from my friend google, i found out that the guy manning the booth was rufus dorsey, a character actor who's been in various shows and movies over the last decade or so. 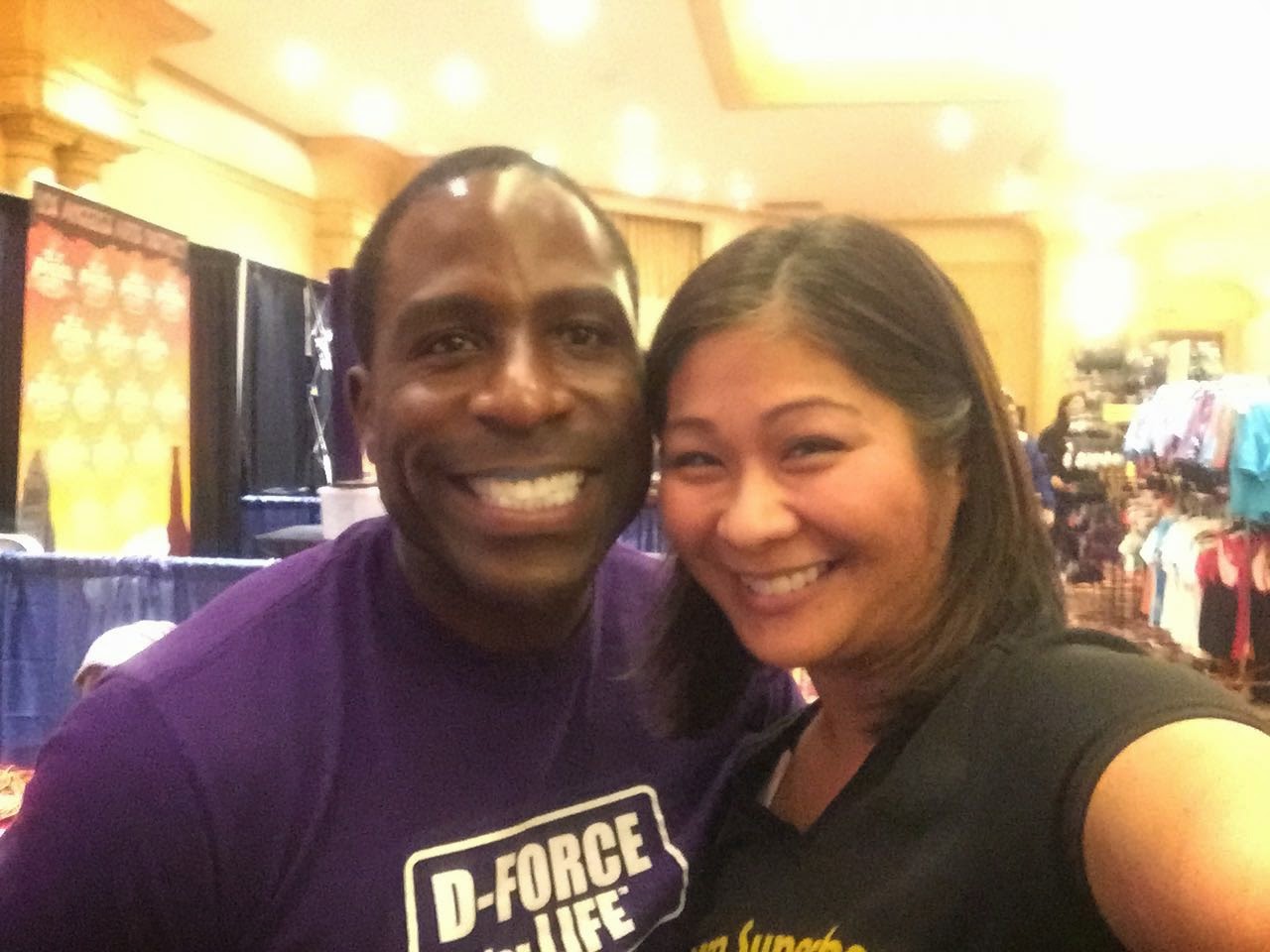 when the expo was over, runners were congregating everywhere in the hotel, warming up and hanging out and just killing time till it was game time. 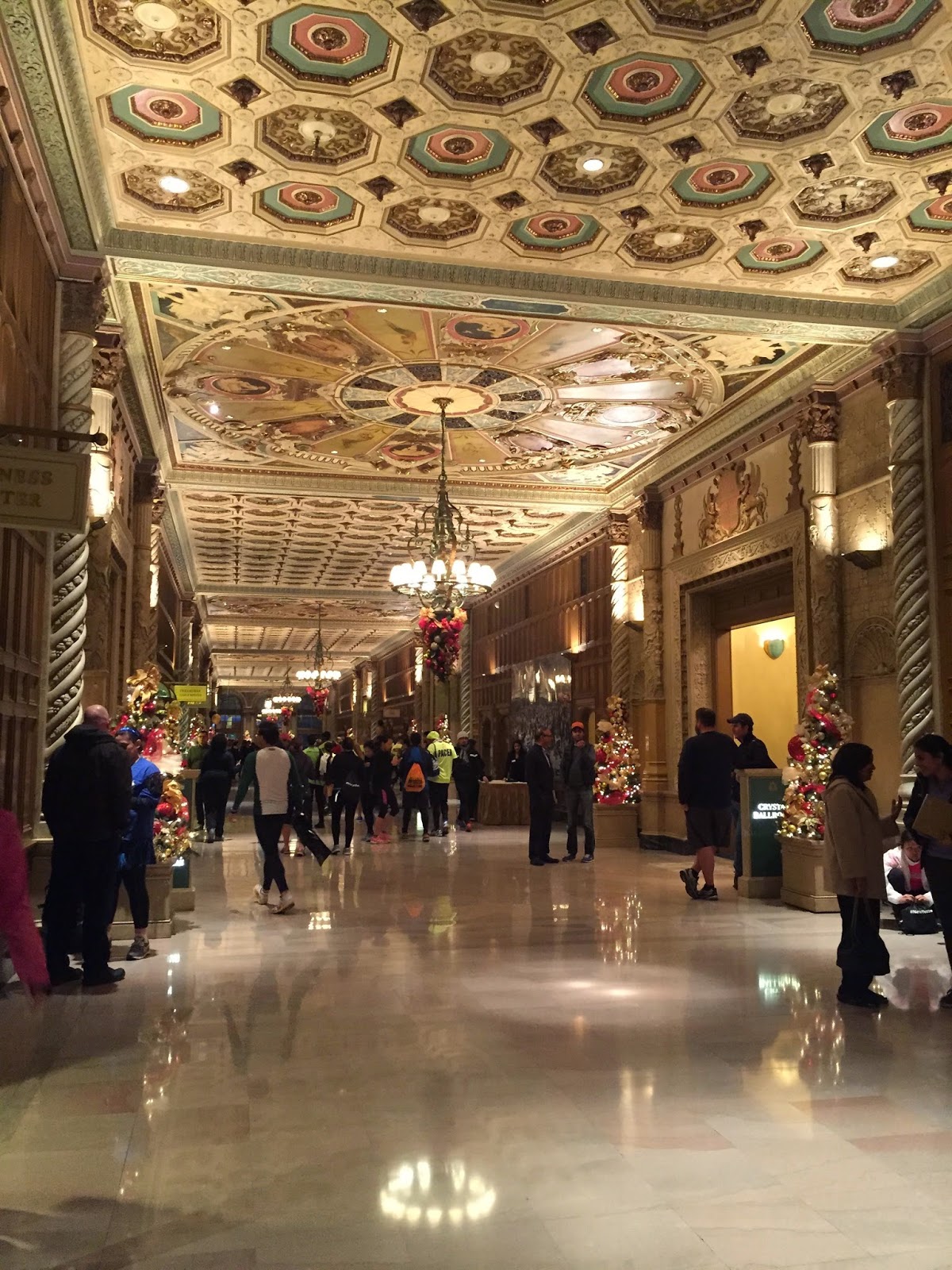 after i headed to the car to put on the rest of my running gear, i walked the few blocks to the start line. 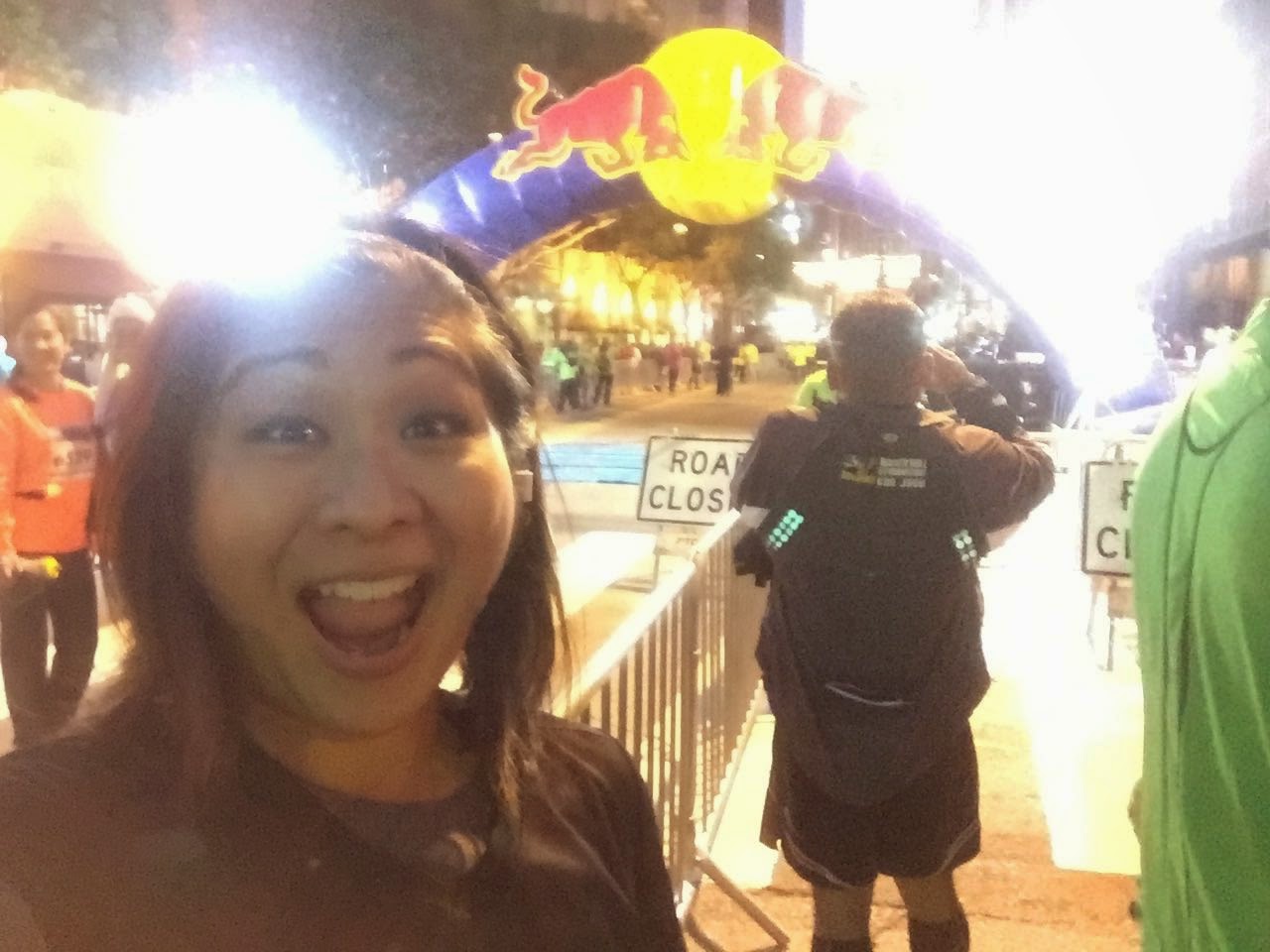 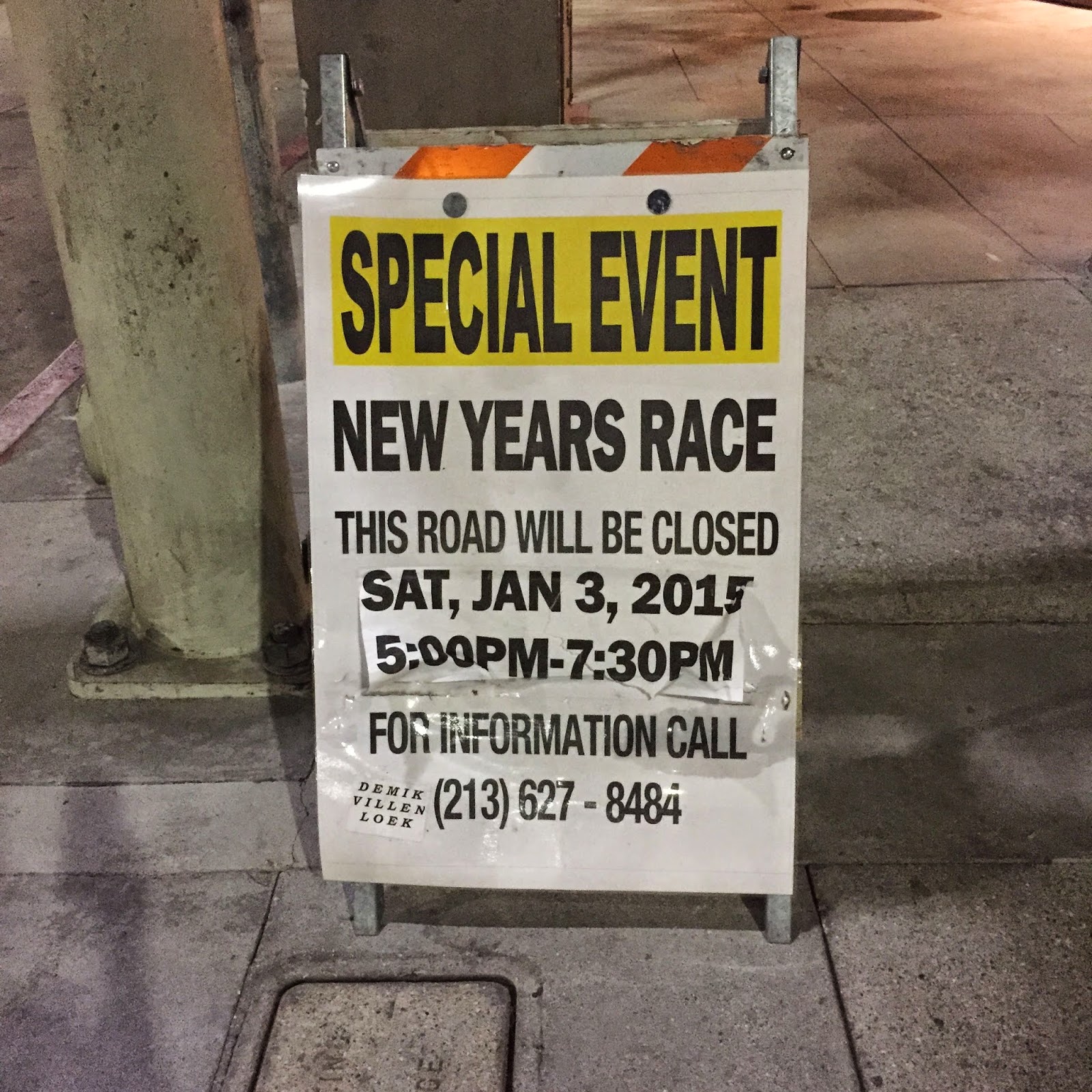 my friend mark was doing his thing as the official race announcer.  he was working hard, getting people pumped up, keeping them entertained, making them laugh and dance. 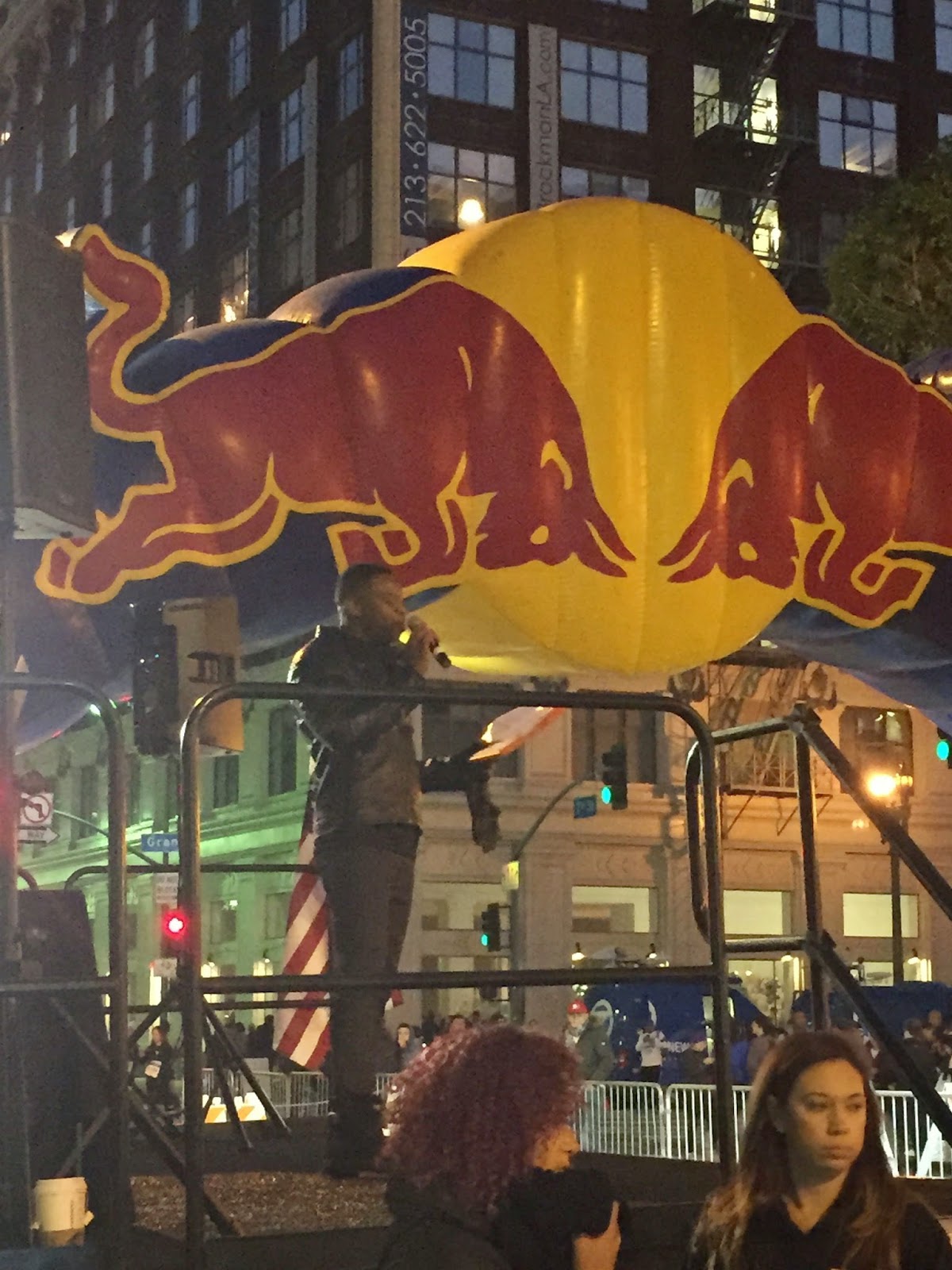 i was assigned to corral 4, which isn't too bad considering there were 10 or 11 of them. 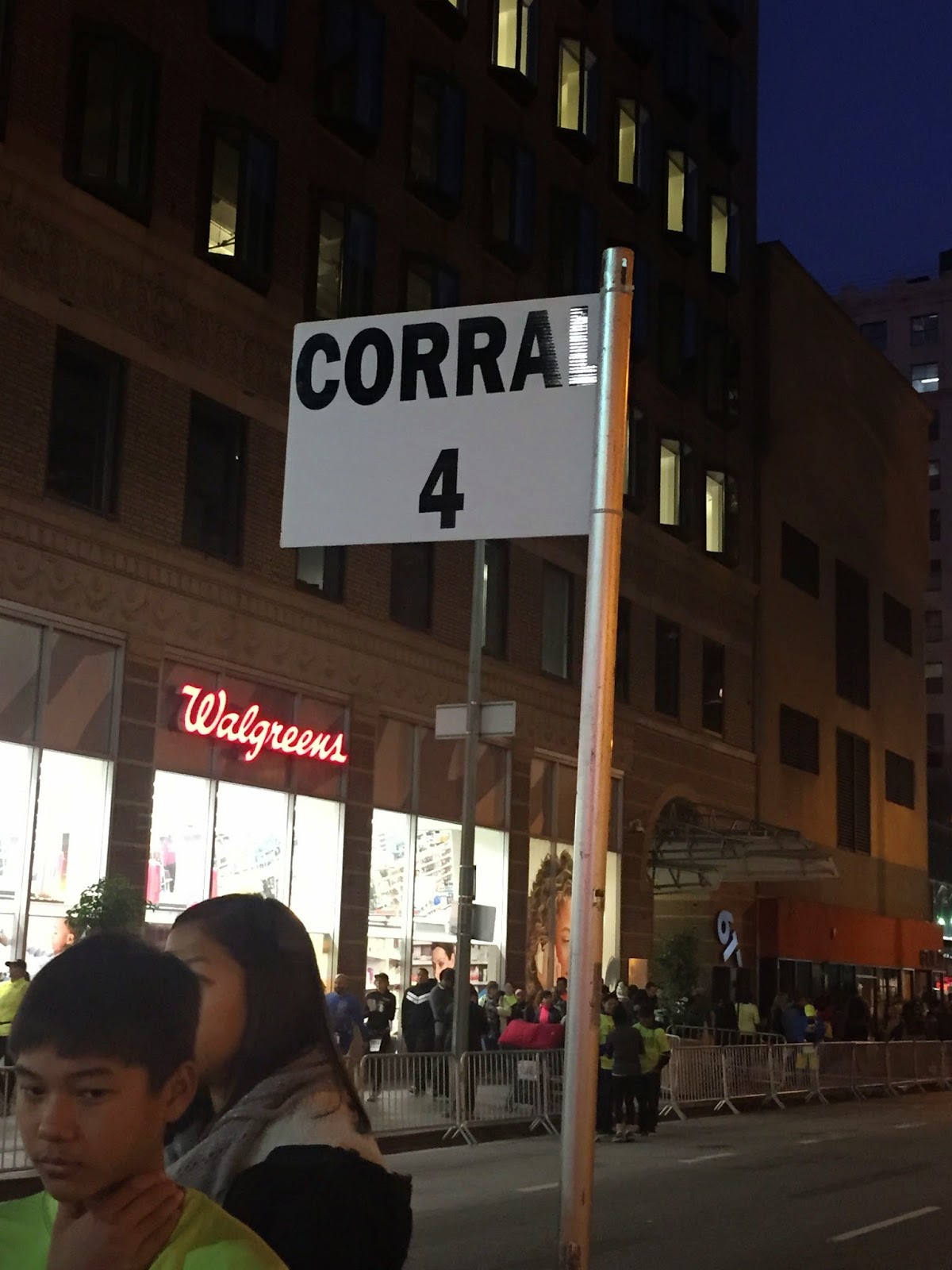 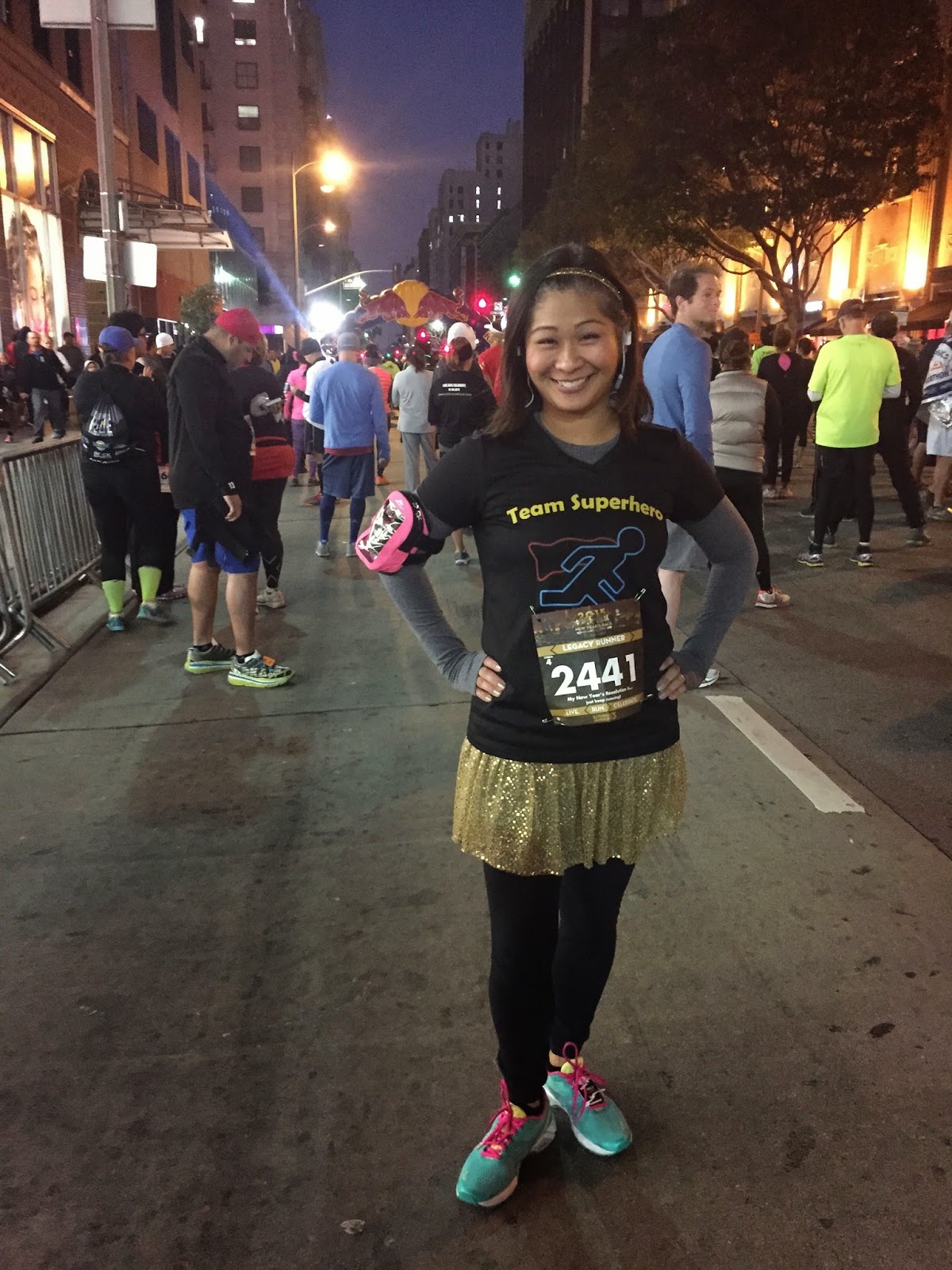 my friend interview was there too, and it was nice to have him to chat with as we waited for the gun to go off. 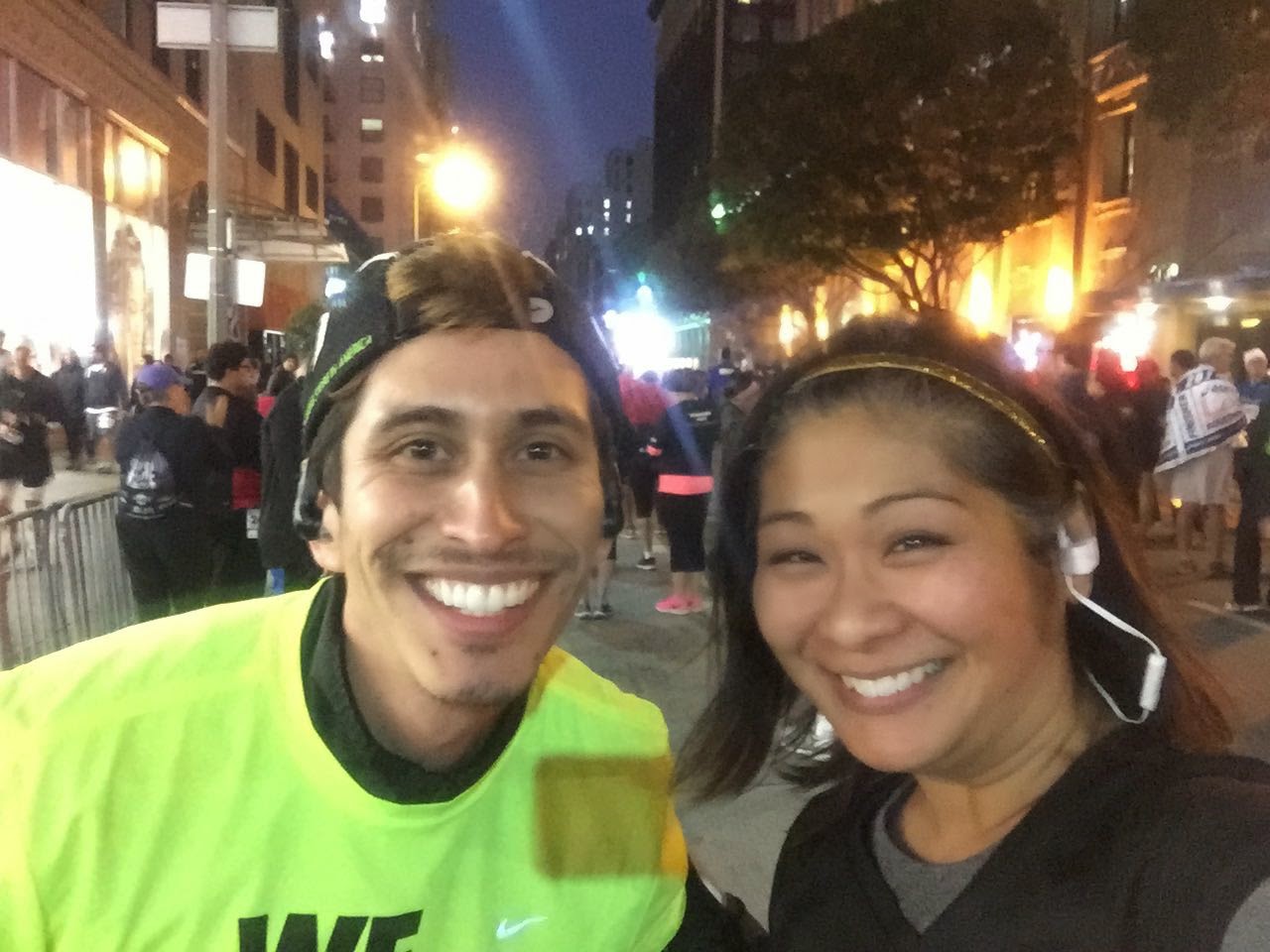 when it was finally time to start, i lost him as we weaved through the crowd to reach our pace.  the course was different from last year's, which i liked.  the first mile marker was inside this tunnel. 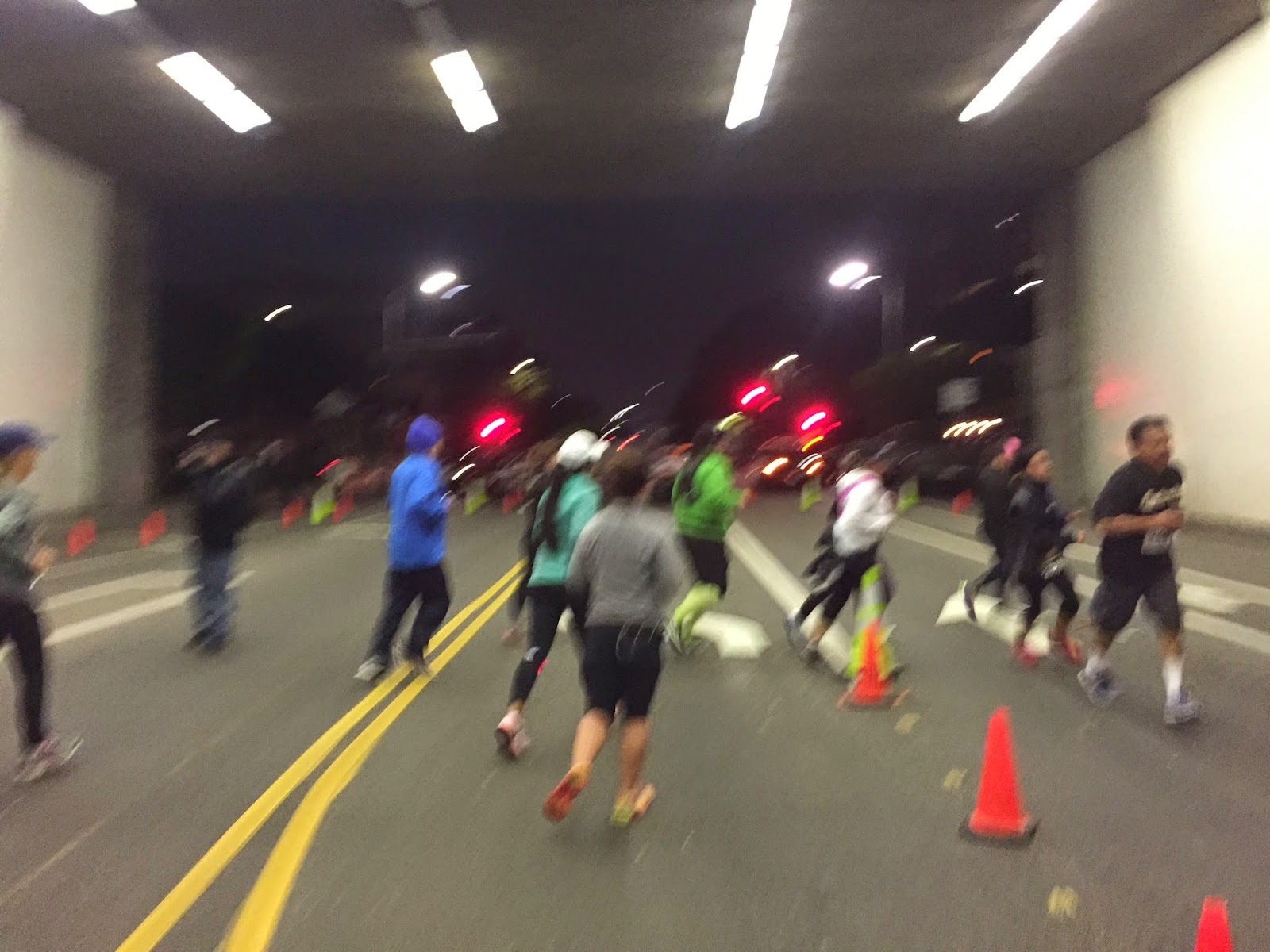 and there was a row of protestors near city hall, blocked from the course by a row of police officers. 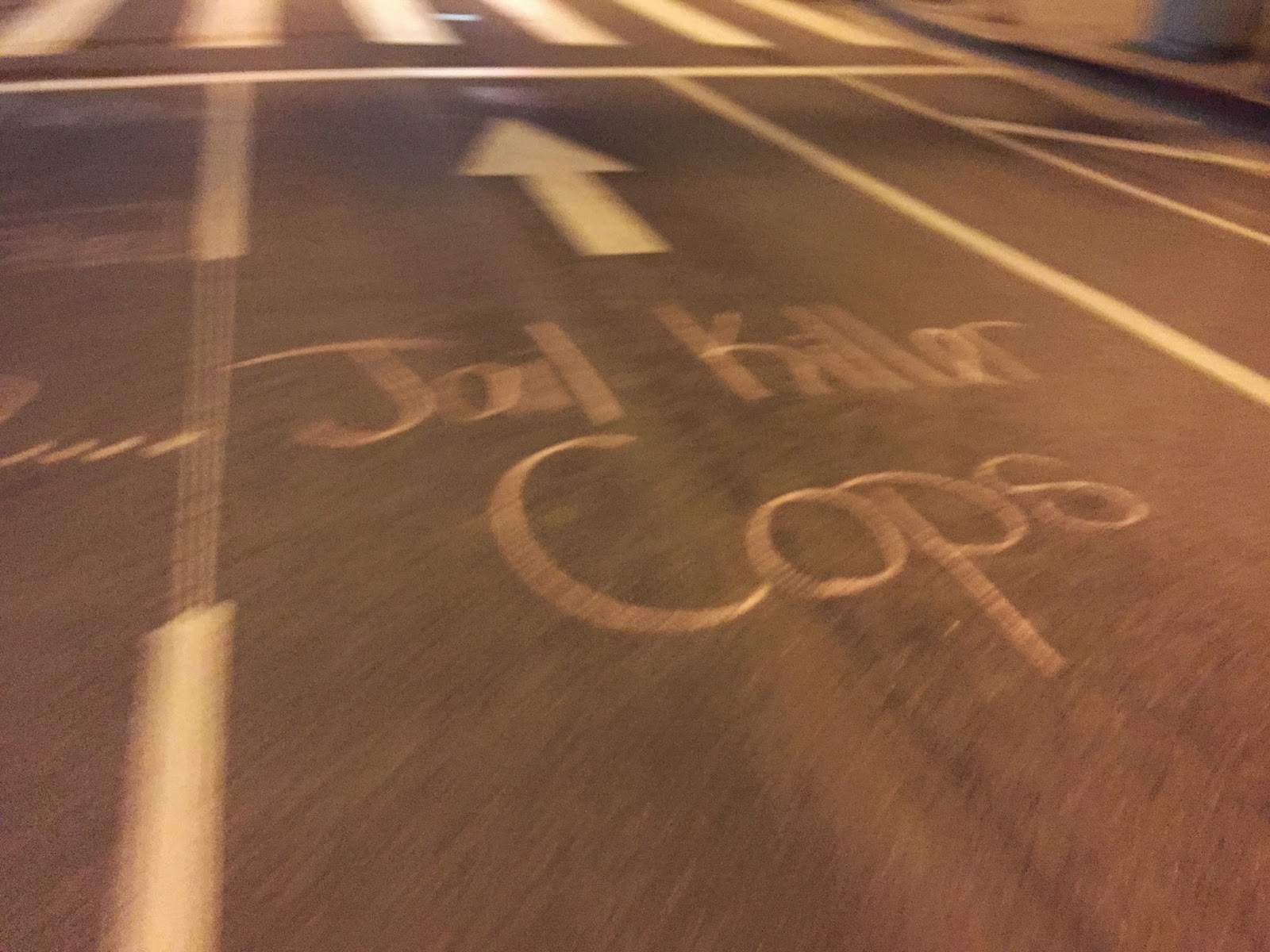 pretty soon i was at the finish line.  not my best time, but i suppose it wasn't too bad after months of not training. 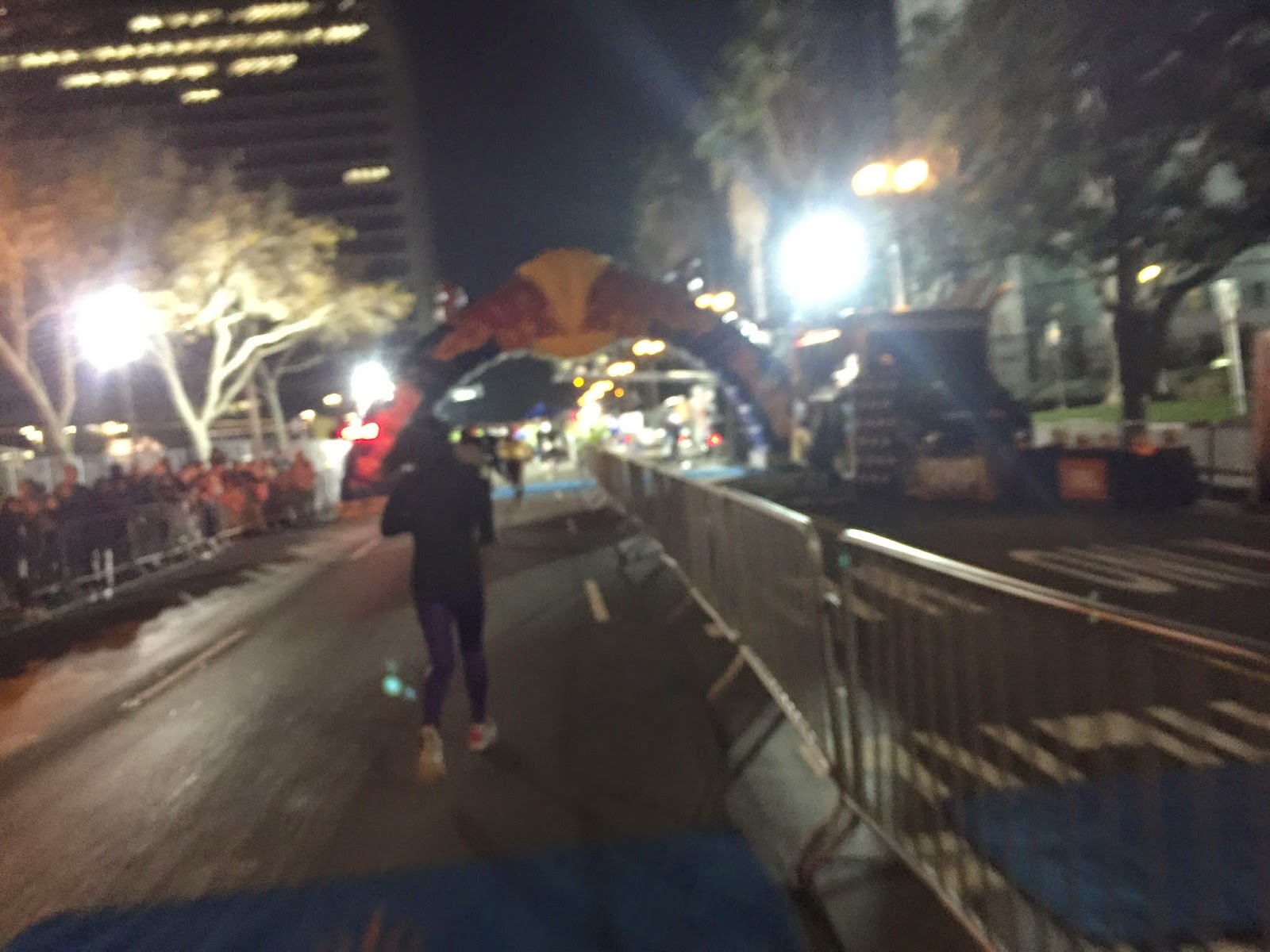 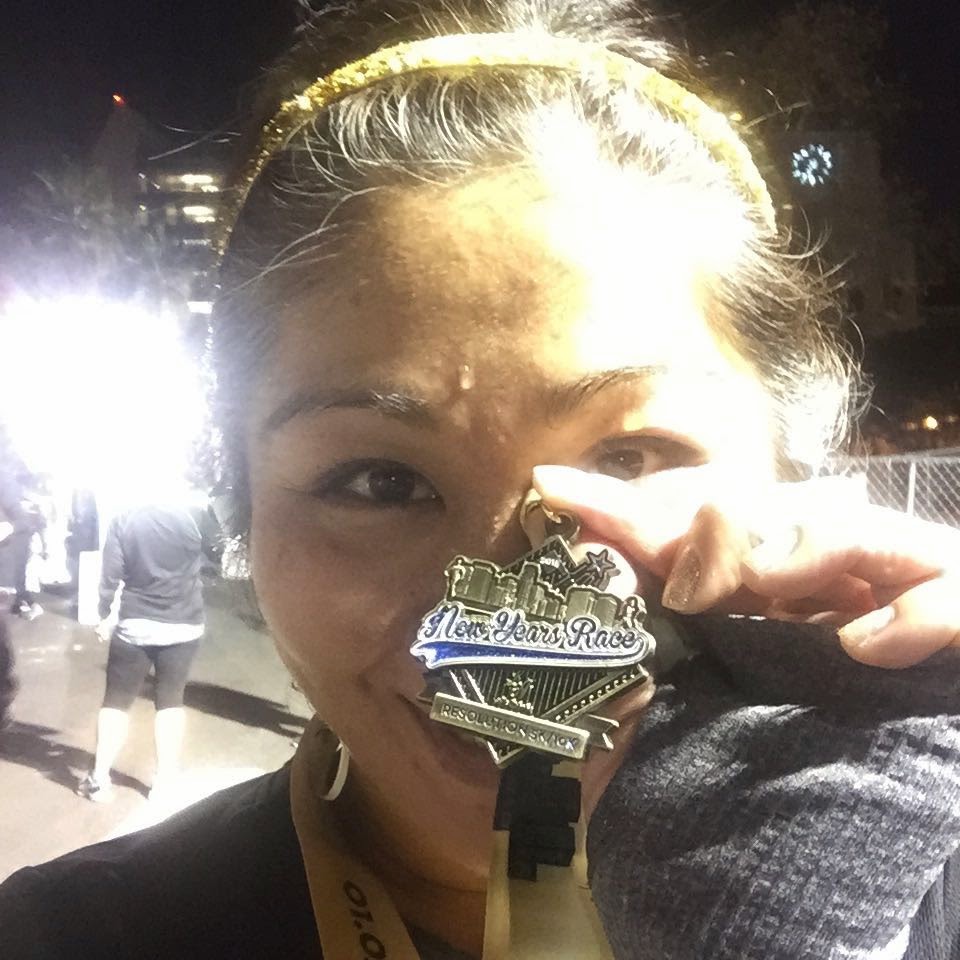 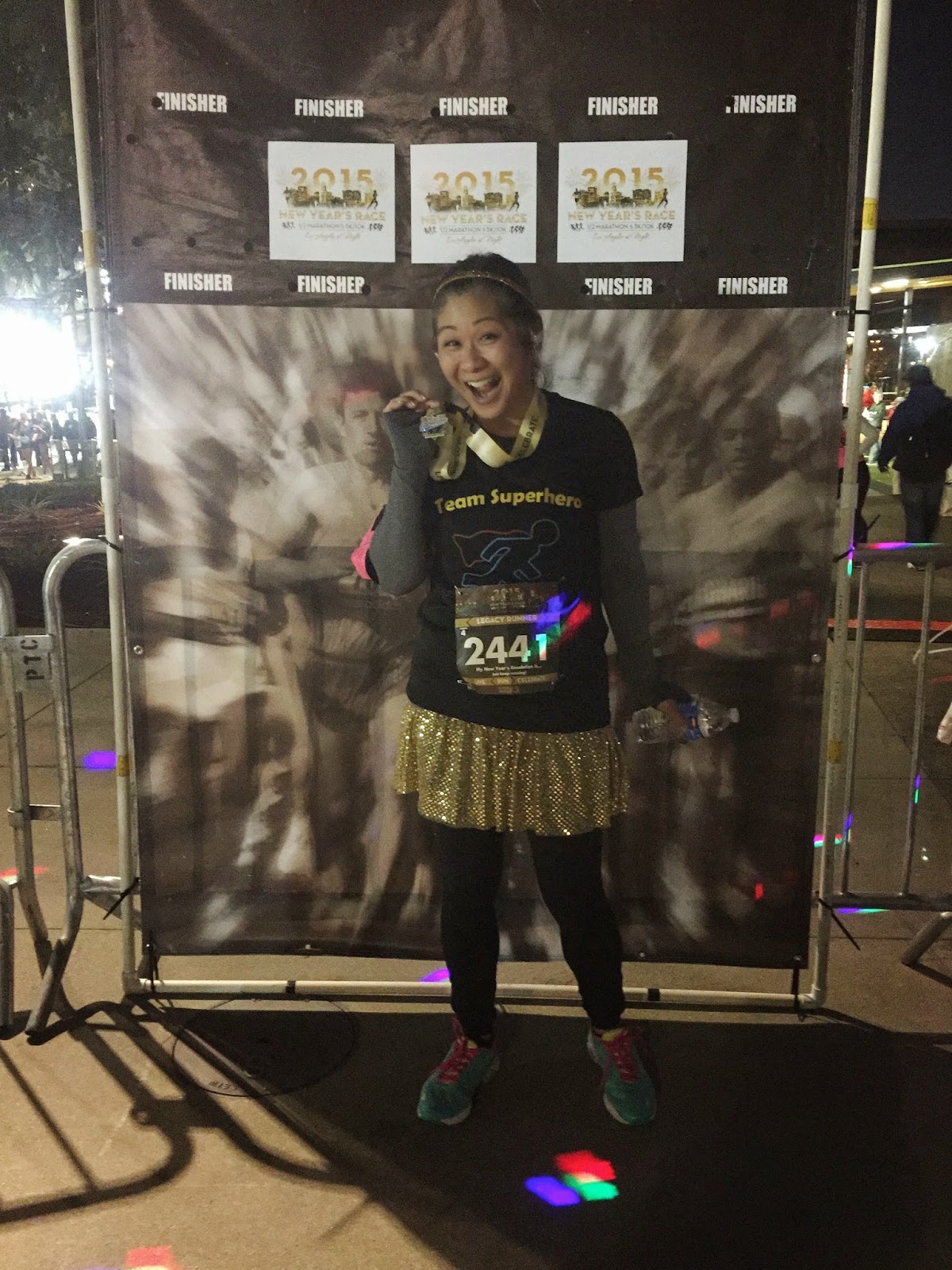 and although i wanted to take an armload of these choco pies, i was good and took only one. 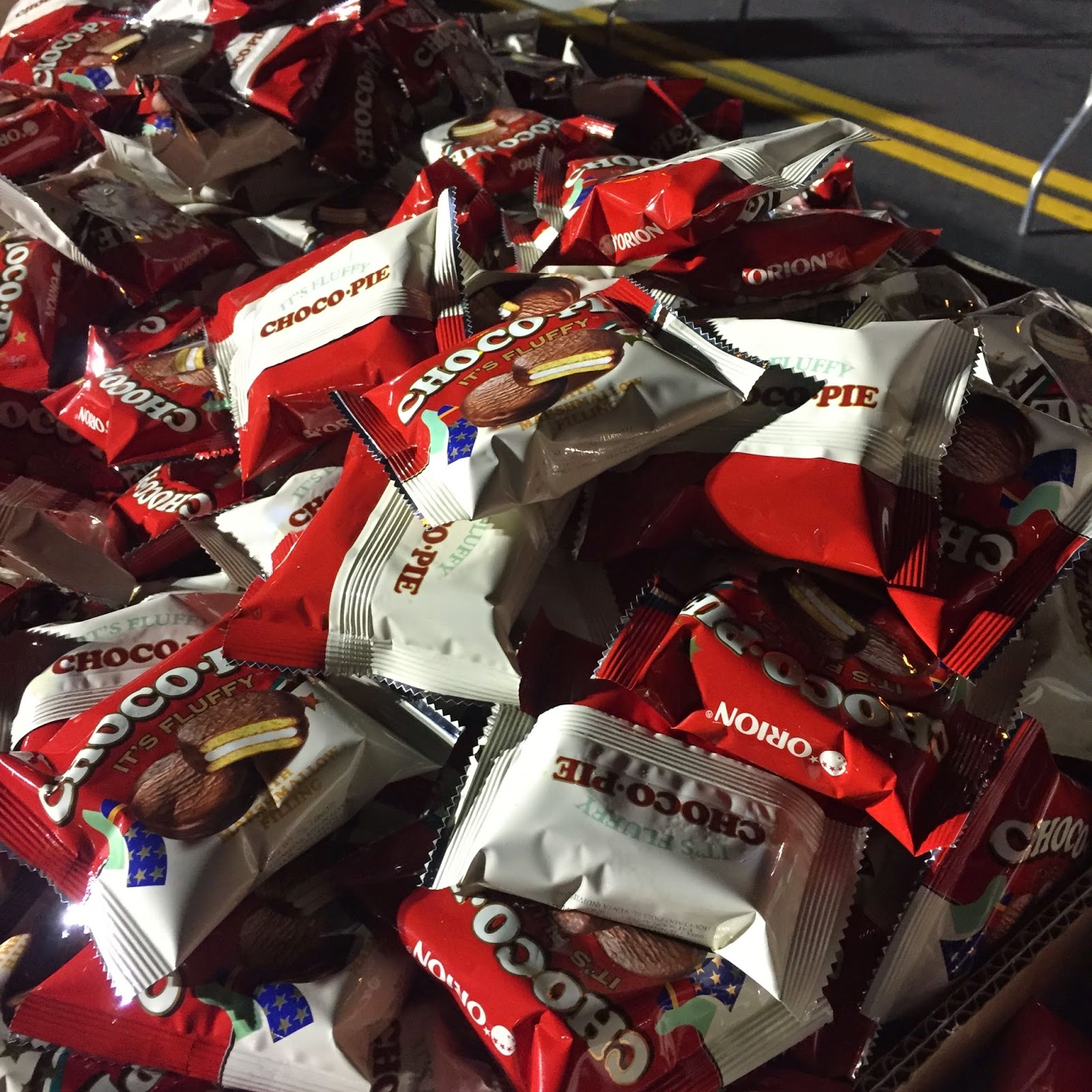 at this table, i snagged my special legacy medal. 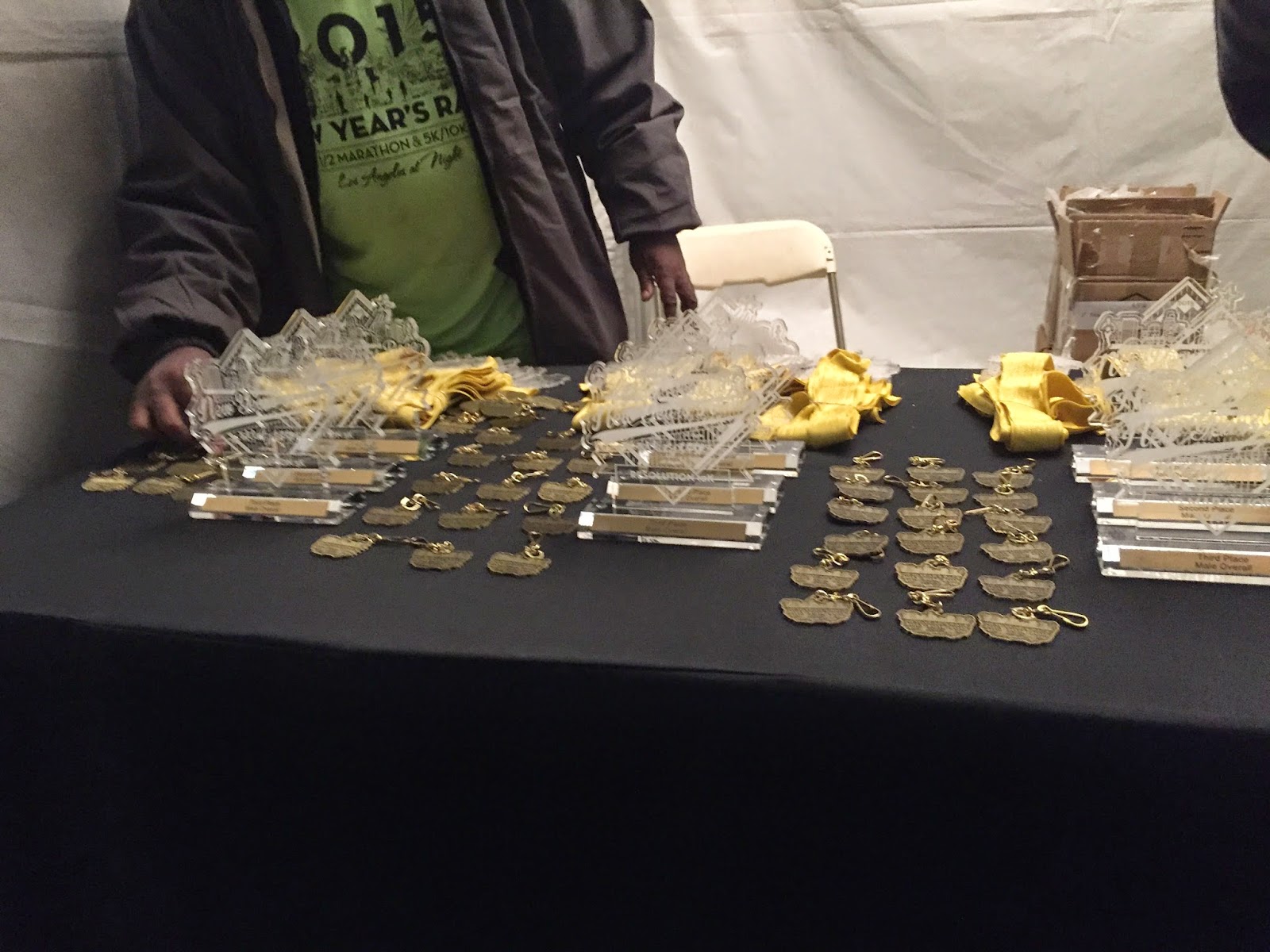 and at this booth, i took a goofy ass picture. 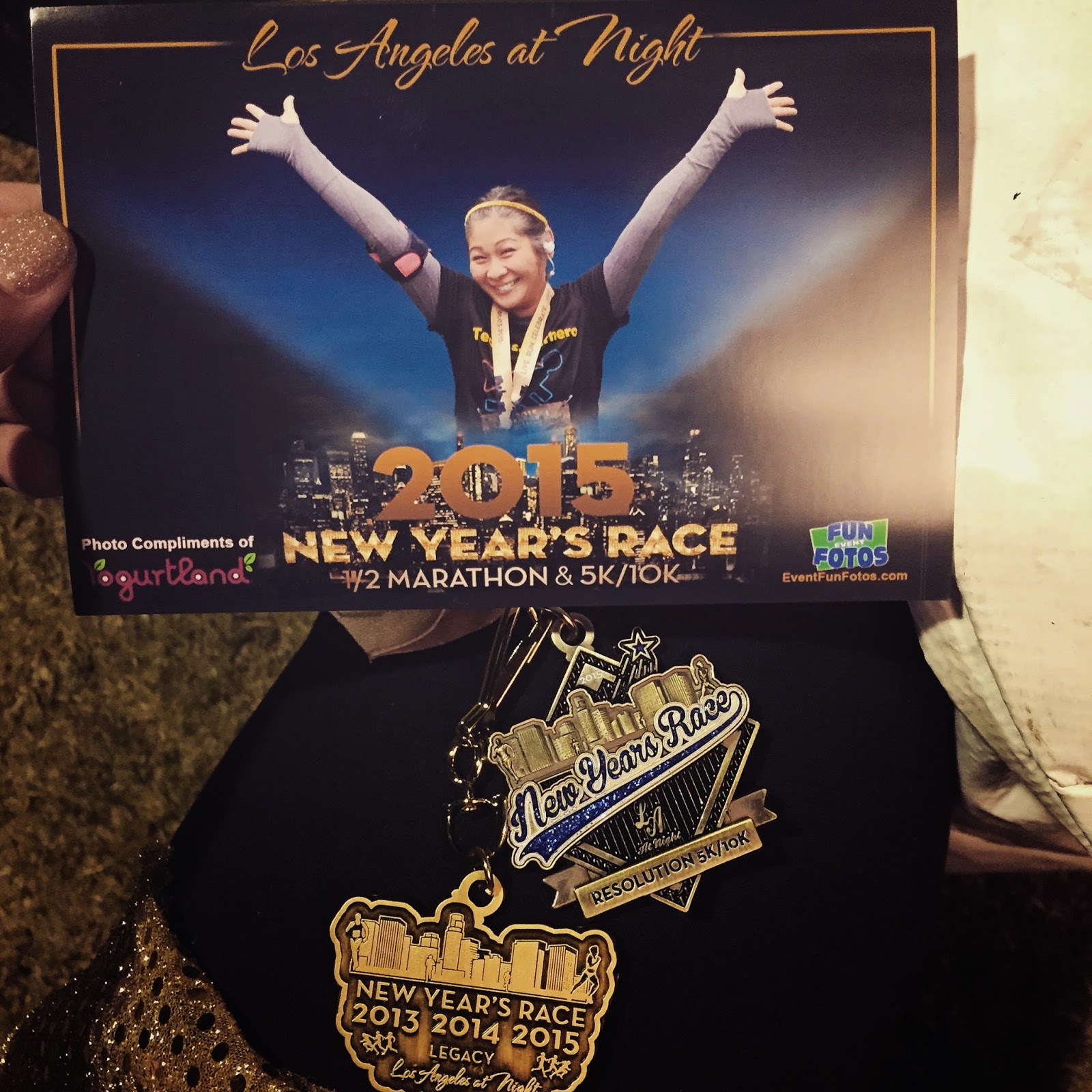 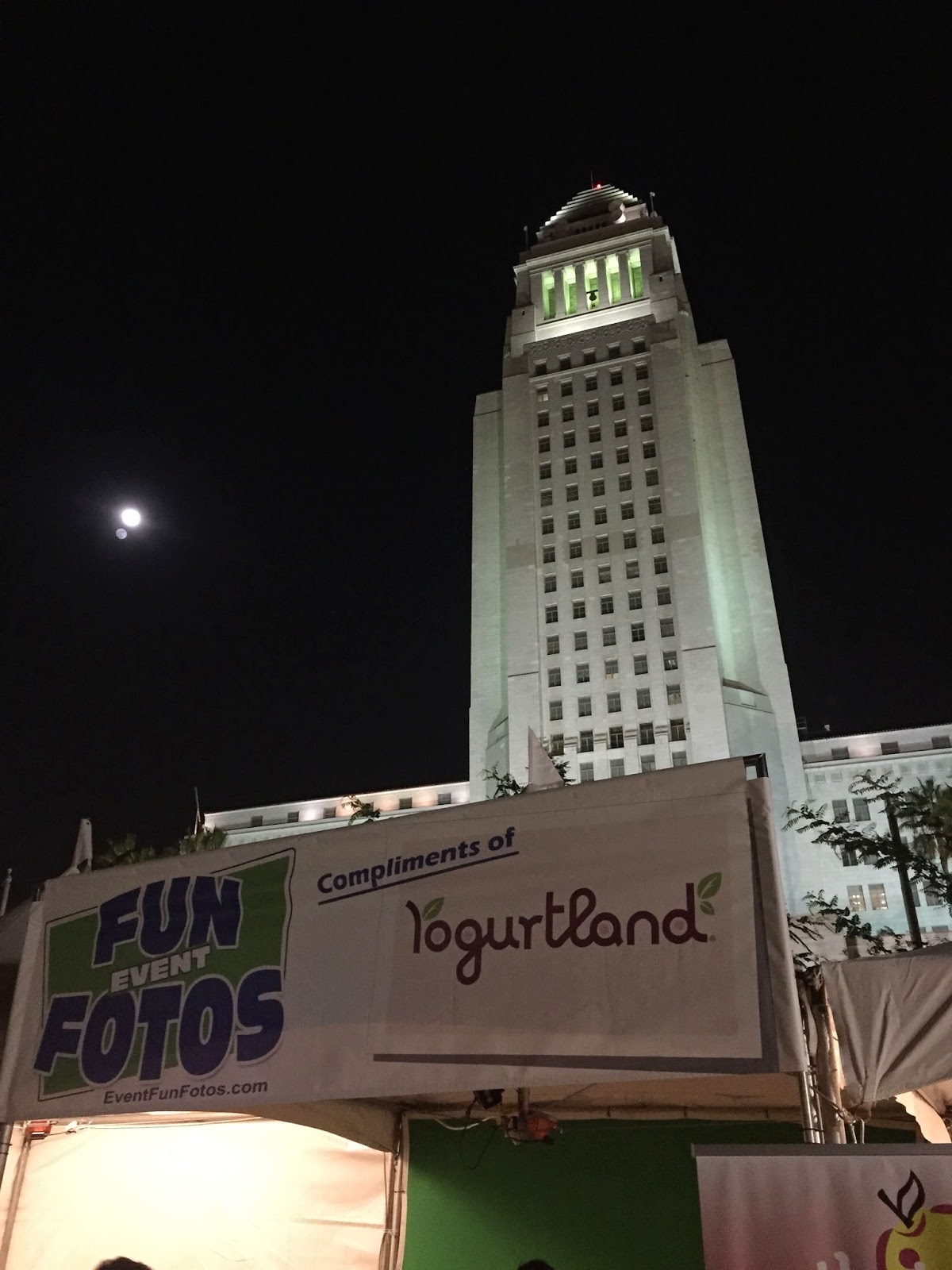 on my way back to the car, i passed something i've always wanted to take the girls to:  angels flight, an old downtown l.a. fixture that was known as the shortest railway in the world.  it's less than 300 feet, but takes you up a pretty steep hill that sucks to walk. 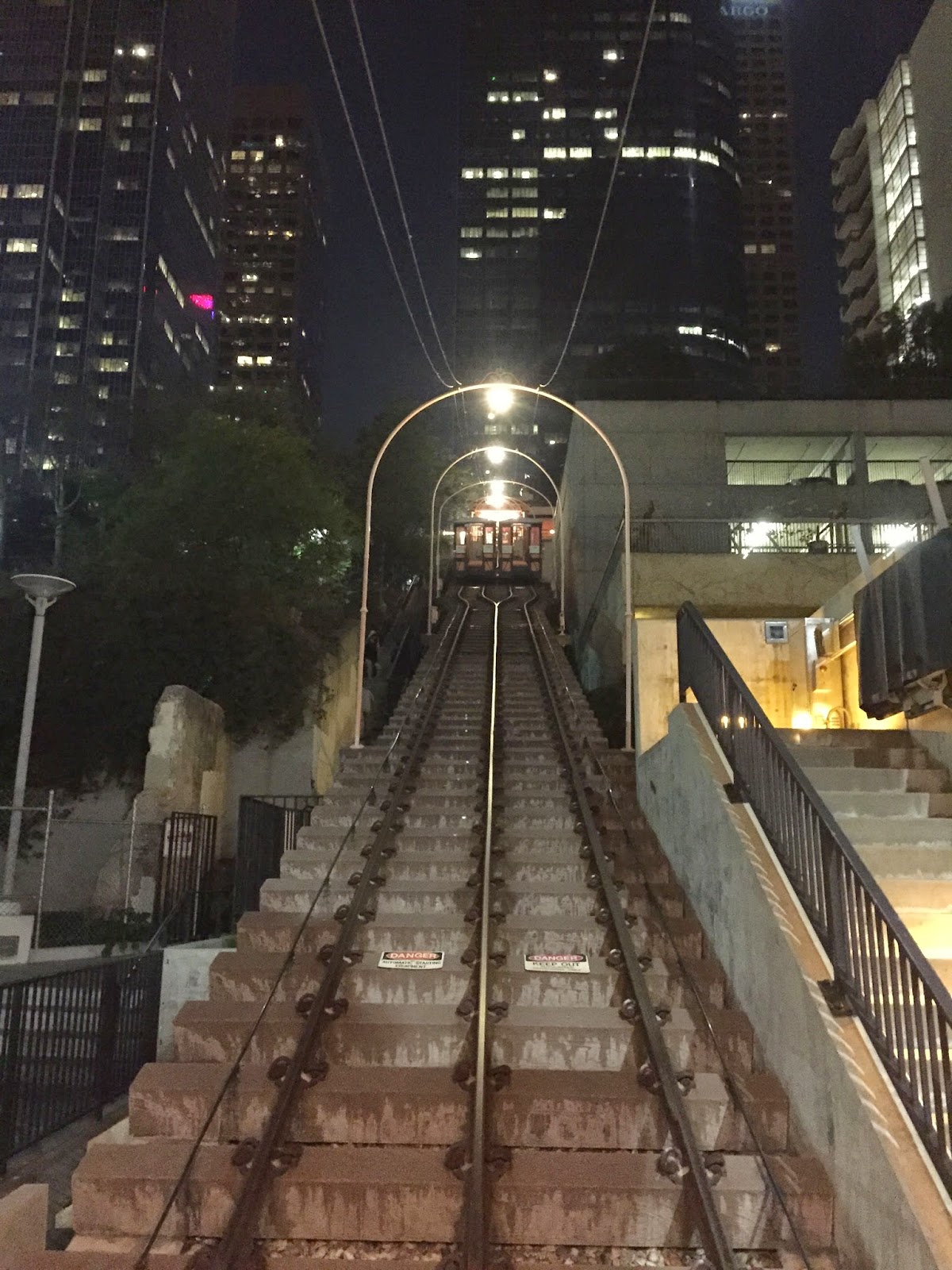 and on my way to pick up the bean, i was stopped for a good chunk of time as a plethora of rose parade floats crossed the street.  i'm guessing they were on their way back to the warehouses where they were assembled, to be taken apart and stored. 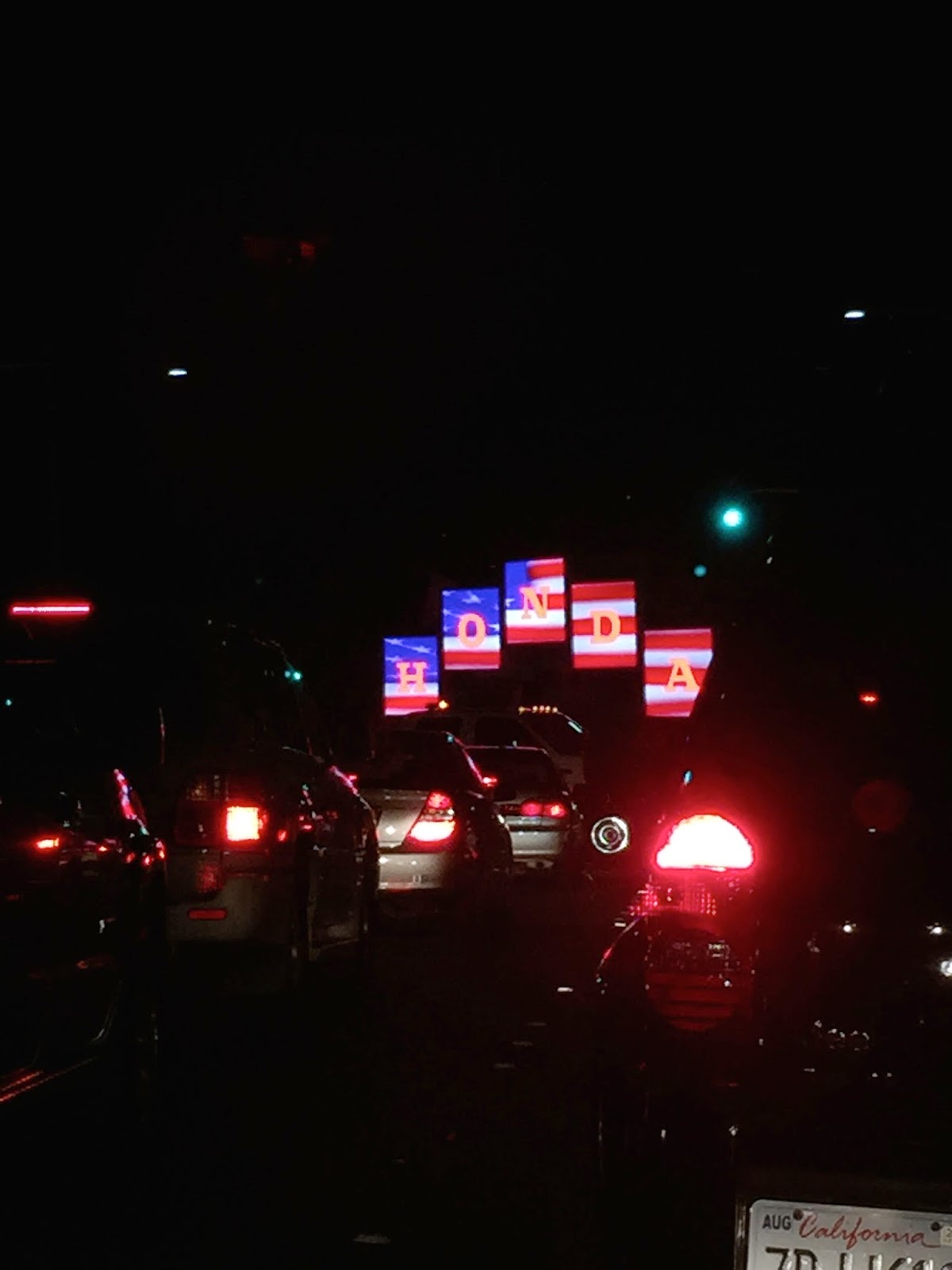