i can't tell you how relieved my co-leader and i were when it was finally time for the last girl scouts meeting of the year.  not that we haven't had a blast with our girls for the last nine months, but we found that meeting every single week made for some serious scouting burnout.  it takes a lot of effort to plan those gatherings, and we're seriously considering cutting it back to every other friday next year.  i don't know.  we'll see.

anyway, we decided to repeat our most favorite meeting from last year - the multicultural potluck.  we asked each family to choose a dish of some sort from their cultural background and make enough to share with the whole troop.  this was a big hit during our daisy year, so we were hopeful that our new girls would enjoy it as well.

because my co-leader adored the puto we'd brought last time, i figured we could bring that again.  although i was a little concerned that we might end up with an assload of desserts and treats, so i decided that i could cook up a batch of pansit, too.  besides, it'd been a long time since i'd made any food of my people, so i was kind of excited to spend a little time in the kitchen with the familiar smells and flavors.

the old lady suggested that we use a few different colors for the puto, and so i busted out a bunch of different shades and got to work.  when i ran low on each one, i scraped the last of it into two cupcake liners and made a couple of cool-looking tie-dyed treats. 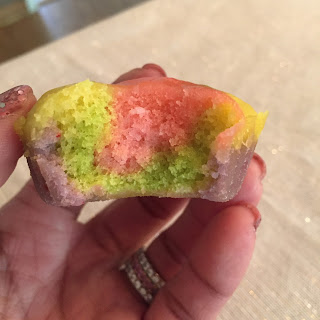 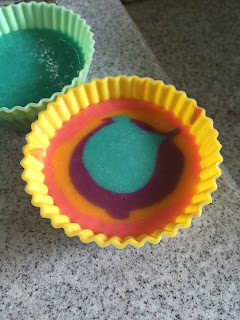 they looked pretty all displayed together, right? 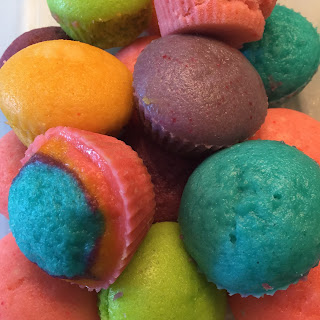 the pansit was fairly easy to make, and it was done in no time.  the longest part was cooking up the veggies and shrimp. 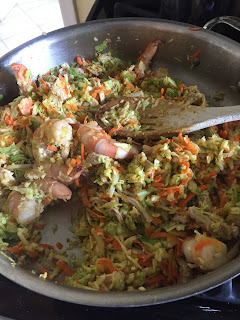 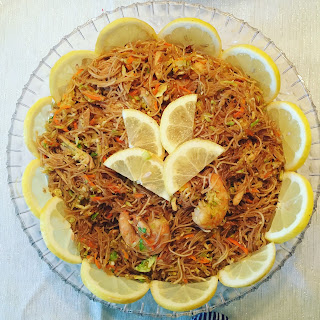 at the meeting, our contributions were joined by all sorts of delicious-looking morsels brought by each of the girls. 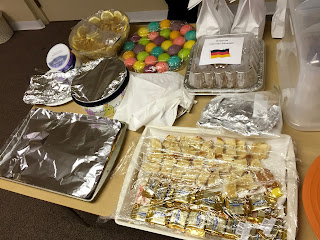 this was quite the eye-catching display: 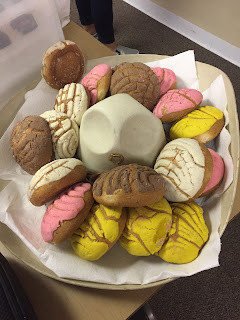 and we brought up each girl to tell the group what they'd brought and where it was from.  the bean was super proud to present her food: 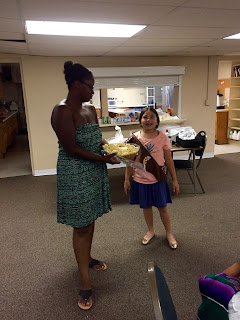 the "churro cheesecake" was a favorite: 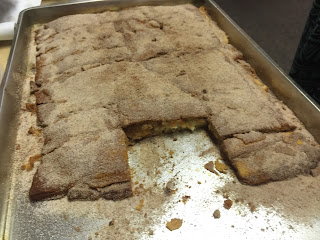 as well as the crepes topped with maple syrup: 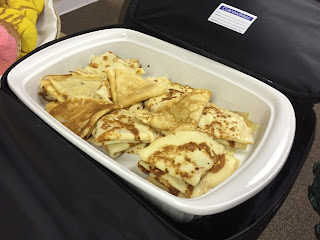 and i'm not gonna lie...i was super amused at the tray of san francisco treats brought by one of our newbies. 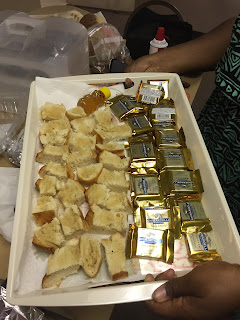 the old lady took over a lot of the serving duties, and we made sure to make plates for the three of us to enjoy after the girls had all received some of every dish. 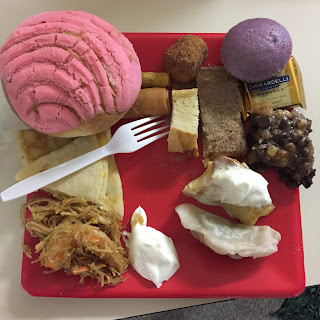 there were egg rolls, dumplings, flan, quesadillas made with homemade tortillas, little baby churro bites, german chocolate brownies, red velvet cake, taquitos, fried chicken, and bratwurst bites.  we had full plates and still had lots of leftovers to send home with the girls.

it was a great way to celebrate the end of a very successful brownie year, and while we were happy to close out the year on a high note, i know we're going to miss the girls over the summer.  a lot of them have already registered for next year, and i really hope we can pull together another year full of fantastic outings and fun, educational meetings.