for mother's day, the whole second grade class worked together to put on a sweet program, followed by a tea party for everyone.  since it was open to moms as well as grandmas, i invited my mom to join us and luckily she was able to come out for the shindig.

there was still a signup sheet for items that needed to be contributed by each family, and so i signed up to bring the floral centerpieces.  the old lady had just finished working on a similar party where she'd created some really fun vases using spray glue and glitter, so i figured i'd pick up supplies to do something like hers. 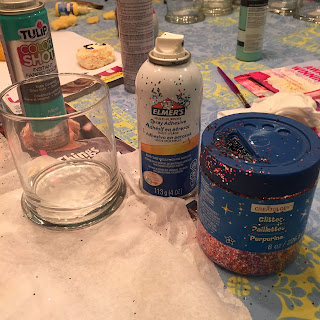 of course, because glitter is the herpes of the craft world, that shit got everywhere.  and my hands were literally encrusted with sparkle.  ugh. 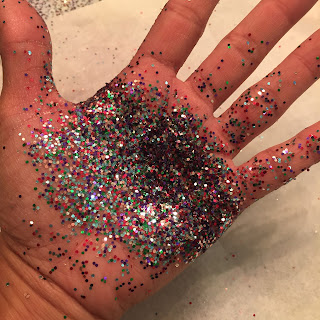 it ended up being worth it though, because when i added some costco flowers, this was the end result: 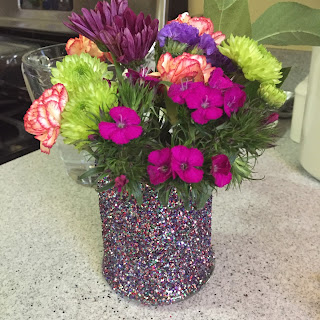 the bean got all dressed up for the occasion.  i'm not quite sure what sort of pose she's going for here, but here you go. 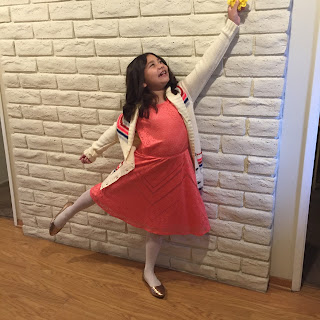 the presentation room was all dressed up for the party, and the flowers fit in perfectly. 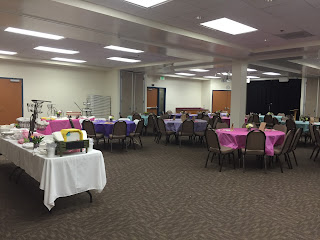 at the same time, i had our gift for teacher appreciation week to assemble.  we'd bought an assload of movie theater-style boxed candy and a gift card for the local multiplex, and i think it turned out pretty cute. 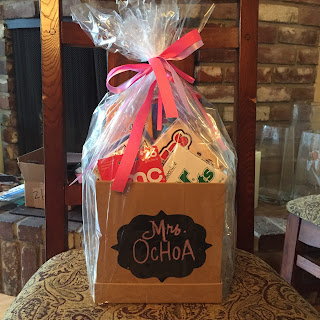 back at school, we found my mom already seated in the gym.  we'd gotten there just in time, and the kids came in and took their places a few minutes later. 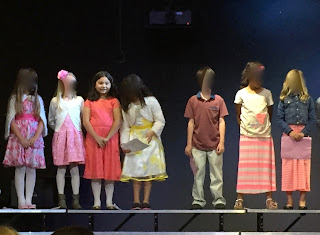 as always, i cried.  i mean, come on.  all those little voices singing songs about how much they love their moms and grandmas?  beaming with pride as their loved ones watched adoringly?  and then they each read a little something they'd written about why they love their moms so much?  COME ON.

afterwards, we took a few pictures before heading into the next room to get our grub on. 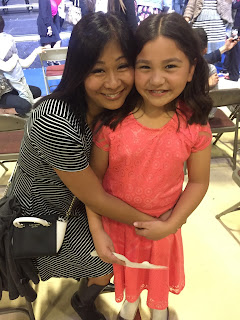 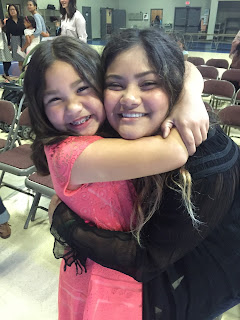 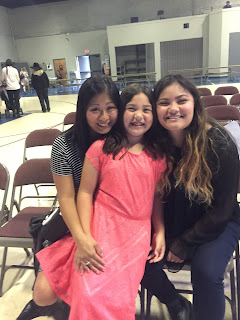 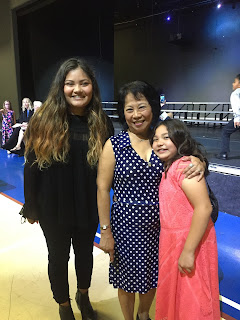 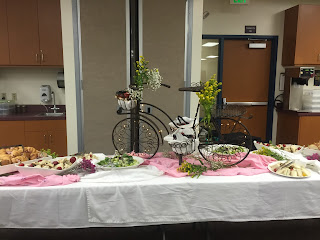 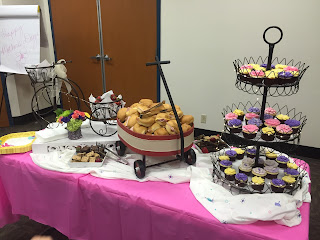 our place was set with some special handmade gifts. 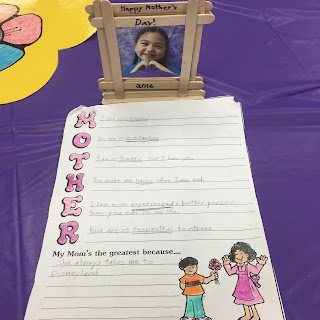 the food was really good - apparently, one of the moms at school puts this together for the class every year, donating her services and most of the supplies.  there were lots of tea sandwiches, cookies, brownies, and scones.  all of it was delicious. 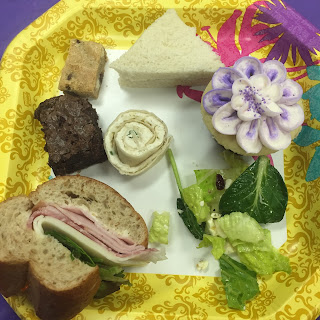 when it was over, the old lady and i hightailed it down to anaheim to pick up my bib for the tinkerbell half that weekend.  it was the only chance i had to get it before the run, and we had just enough time to get there, walk through the expo and head back to pick up the bean after her piano lesson.

this is a pretty familiar sight by now. 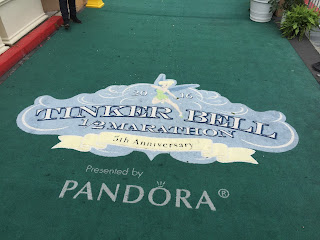 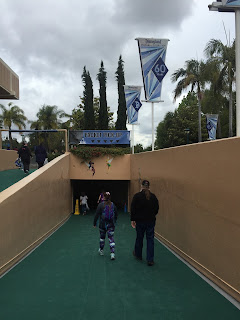 but this year is an anniversary year - the 5th running of this race.  and because i've been doing it every year since the inaugural run, i'm considered a "legacy runner."  i was pretty excited to find my name on the giant poster.  there are about 900 of us in da club. 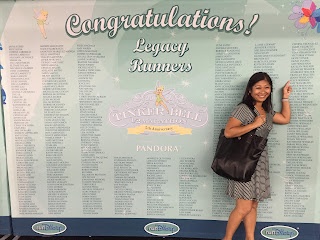 because i'd somehow managed to screw up and didn't submit my proof of time properly to runDisney, i'd been placed in the E corral - the very last one.  i was less than thrilled when i found out, and so i'd come armed with proof of my finish times for the last five years plus photos of me with my bib that showed i'd always been placed in a faster corral.  i picked up my bib and headed to the runner relations booth in hopes of a staffer taking pity on me and moving me up. 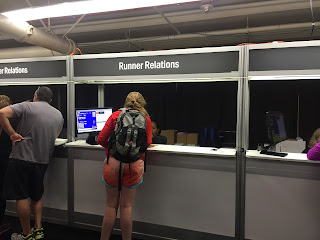 the line was pretty long, because a lot of others had found themselves in the same predicament.  the staffers looked like they were over it, and i was a little worried when i found myself in front of the one who looked extra grumpy.  but she took one look at my finish time from last year, picked up a roll of stickers, and stuck a C on top of that E.  YAY!

after that, we headed back upstairs to the expo to pick up my t-shirt and gear bag. 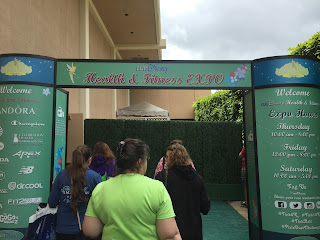 i even had time to get this super cheesy photo: 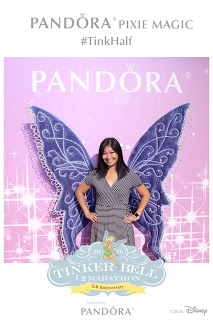 all in all, a pretty successful day.  now i just had to get through the rest of the jam-packed weekend in one piece.
at May 16, 2016

Email ThisBlogThis!Share to TwitterShare to FacebookShare to Pinterest
Labels: mother's day, the bean loves to sing, tinkerbell half marathon