a few final hours in the desert

the next morning dawned bright and beautiful. 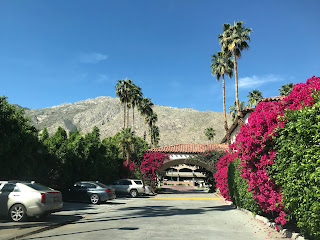 we'd originally hoped to do sunday brunch with our friends, but one couple had to get home to relieve their sitter and the other - well.  the other couple had checked into their hotel, gone to bed and then not too long after that they realized something was wrong.  very, very wrong - in the form of little black bedbugs that had infested the bed they were sleeping in.  ACK.

they went downstairs to complain, got their money refunded and hightailed it outta there.  after discovering that our hotel was completely sold out they sucked it up and headed home, pulling up somewhere around 4 in the morning.  sucks.

hotel management, by the way, was barely apologetic and tried to say that they didn't have any bedbug problems in the hotel.  even when faced with photographic evidence they continued to deny that there was a problem.  apparently, even after they sent a strongly worded e-mail to corporate they still refused to simply own up to the problem and profusely apologize.  so a word to the wise - don't stay at the days inn in palm springs.  or, anywhere for that matter.  blech.

and so, left to our own devices again, we got ourselves ready, packed up our few belongings that we'd brought for the overnight trip and headed out on foot to see if we could find something good for breakfast.  the hub had spotted sherman's deli the day before and remembered having a pretty good meal there, so that's where we went.  the 1100+ reviews on yelp helped make that decision, too. 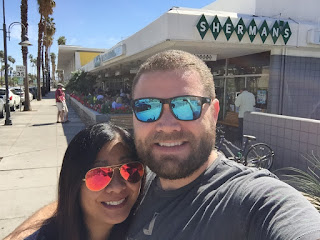 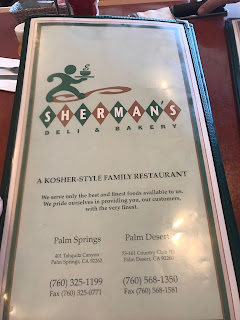 i mean...i'm pretty partial to a place where you can have a nice mimosa with your breakfast. 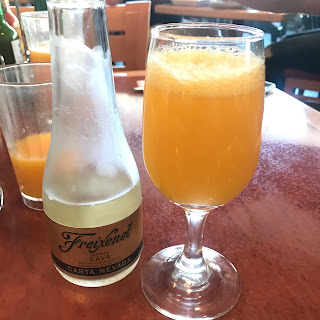 i opted for the eggs benedict with corned beef, and it was super delicious. 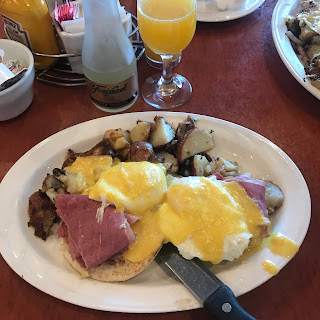 this was the hub's corned beef hash and eggs.  also pretty darn yummy. 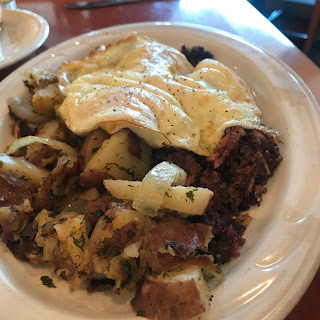 we eyed the bakery case longingly on the way out, but managed to restrain ourselves. 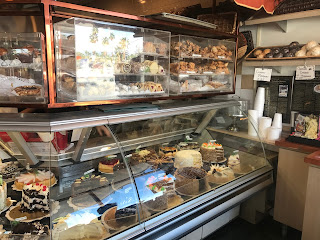 once we got in the car, i talked him into hunting down a few celebrity homes in the area before heading home.  first up:  marilyn monroe's little cottage.  articles from the google told me that the house looks much like it did back when she lived in it.  it was in a nice, quiet area and you would never know by looking at it that it had such a fabulous past. 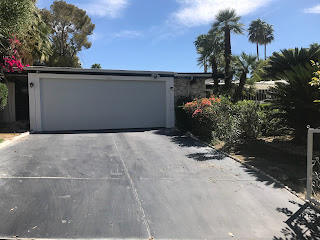 next we headed over to see this: 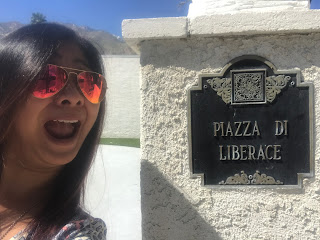 there wasn't much to see, but the statues were pretty amusing to look at. 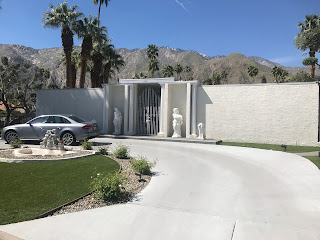 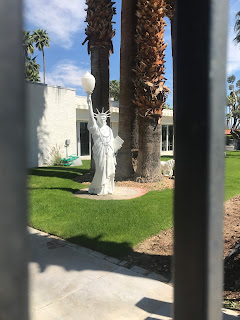 and last but not least...walt disney's palm springs home.  this went on the market recently, and the pictures of the inside show a bright, colorful home with an open floor plan and a modernized retro look. 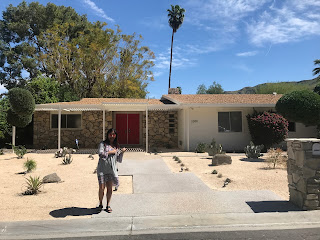 i got one last look at the bazillion windmills before i dozed off pretty much all the way home.  it had been a pretty fantastic weekend, and i can't wait till the next time we get a chance to get away again.
at March 24, 2017