so i found myself slacking on the sewing front during the month of february.  the goal is to sew up at least 8 items per month, and i fell short by a few.  oops.

and then the first thing i sat down to make was a total and complete failure.  i had this fabulous chunk of brushed poly fabric that i wanted to turn into a fun maxi dress similar to one i'd seen floating around a few of the facebook sewing groups i'm in (yes, there's such a thing and yes, i'm in quite a few of them).  i decided to try doing a mash-up of a favorite top with the skirt from a dress pattern in my files, and sadly it just wasn't okay. 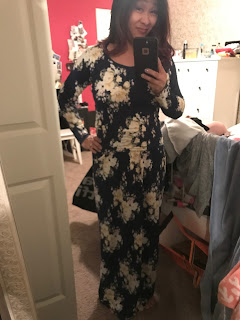 i couldn't bear the thought of wasting all that buttery soft fabric, though, and so i decided to chop up the lower portion of the dress into a pair of pants: 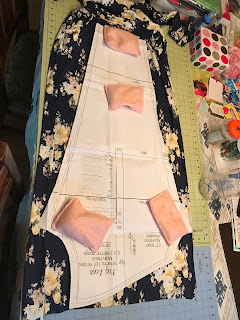 i wore them last weekend, and while i got a side eye from both the hub and the old lady, i didn't care. they're super comfy and i love 'em. 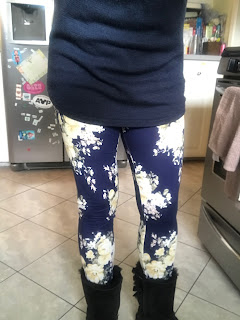 i'd promised the old lady that i was going to make her a cardigan with a new pattern my co-leader swore was a super easy sew, and i finally made good on it using a fun sweater knit i've been hoarding in my stash.  she was at work when i finished it, so i sent her this to show her: 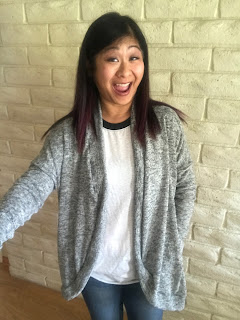 she digs it, by the way.  i think she may have even worn it out on a date with her special friend last night.

the last piece i was able to squeeze in for february was a simple fitted raglan top.  i've been wanting to try the pattern mixing thing, so i picked out a stripe to go with a floral like other tops i've seen on pinterest and facebook and ended up with...this. 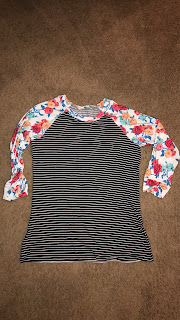 i didn't love it immediately, but it turns out that it's one of those things that looks way better on.  with a pair of jeans, it was perfect.

now i'm trying to make up for my lack of sewing mojo during the month of march, and i've gotten a pretty decent head start.  i decided to try the maxi dress thing again, this time with a proper pattern that offers a peplum top plus a mini and maxi dress.  and while i think i may have been better off using a solid for the top and going big with the floral on bottom, i think it turned out pretty cute: 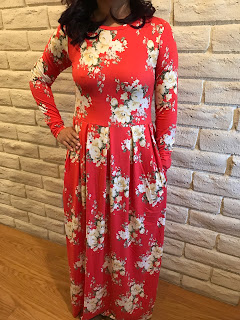 the old lady wrinkled her nose at it when she saw me try it on, and the hub complimented me on how nicely the dress was constructed...but then said that the floral print looked like something his grandma would wear.  hmph.  so i think what i'll do is throw a denim jacket over it and wear it to date night.  so there.

the bean also scored a new top with my renewed sewing mojo.  i'd bought this super adorable stitch-themed striped french terry fabric with a coordinating solid royal blue, and i was really excited to present her with this hoodie i'd sewed up in about an hour. 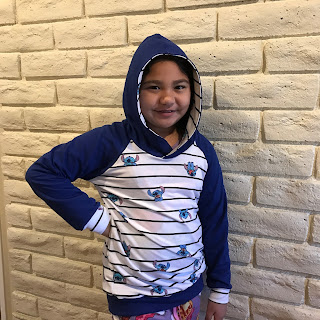 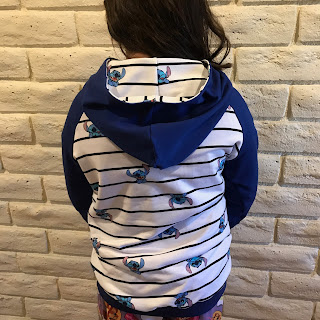 as for the top of that failed maxi dress, i added a wide band at the bottom and ended up with this: 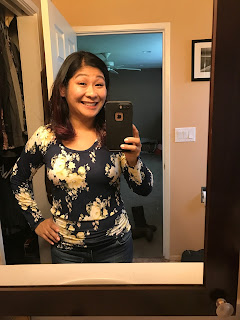 and one more - i got rid of a pretty big piece of soft sweatshirt-type fleece with this cardigan that i'm going to be living in for the next few weeks. 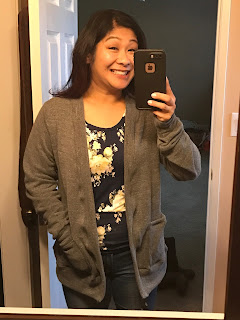 i realize that it isn't particularly flattering in that picture, but trust me - it's going to be something i'll be reaching for pretty often while the weather is still cool.

my fabric stash is still insanely large though, and so i'm hoping my sewing streak continues for a while.  not to mention, after perusing the bean's closet, she really needs some new pieces because she's grown out of a lot of stuff in there.  i'm finding that she's starting to size out of a lot of the girls' items at target and old navy, and so i'm thinking that maybe it's time to focus on making her some tops, skirts and dresses for the upcoming spring and summer months.