we had a photo shoot last weekend at a local park with the bean's cheer squad for their official portraits and what i'm guessing will be their yearbook group photos.  they were allowed to wear their hair down with no giant cheer bows required, and the bean asked me to curl her hair for the occasion. look, so pretty: 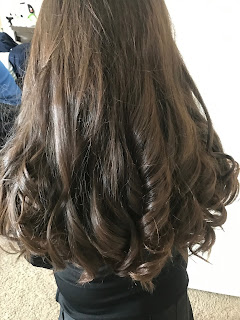 when we got to the park, i got her to pose for me.  AND a jumpy picture, too. 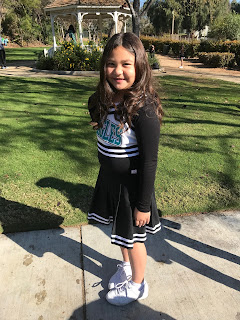 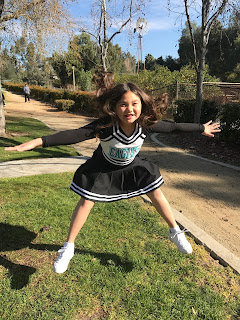 although i'd sprayed the crap out of her curls before we left, i knew they wouldn't last.  curls don't hold in her hair very well, mostly because it's so soft and healthy.  and so i made her wait for her turn to take her individual photos before letting her run loose on the playground with her friends. 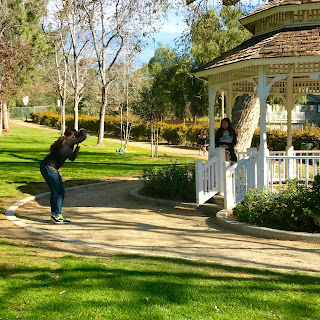 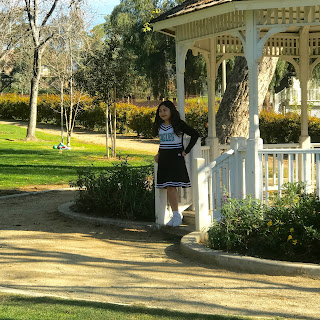 and then i managed to get her to do this with me before she ran off. 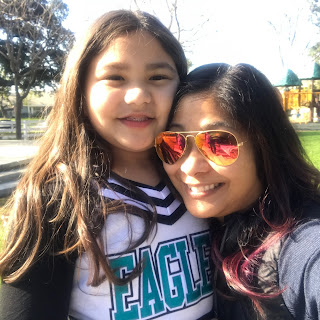 she's been begging me for a haircut for quite a while, and i've been hesitant because of that high cheer ponytail she needs to have.  but as i was curling it that morning, i realized that at least 2" of the ends were pretty dry and needed to be trimmed off.  i called the local kids' salon that we usually visit, but they were booked solid.  the old lady suggested i try one of the salons along the main street in town, near where we get our hair done, and i was able to score her an appointment later that afternoon.  when we got there, i made sure to take a quick "before" pic. 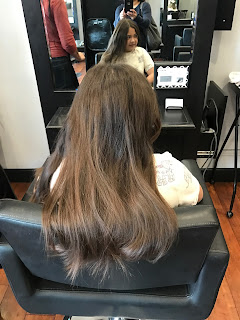 she really liked having her hair washed in the special chair. 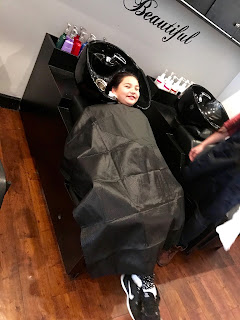 you can see how excited she was to have her hair cut: 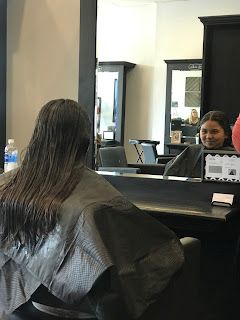 and she even seemed to enjoy the blowout at the end. 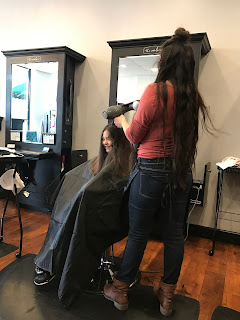 although she grumbled at me a little - "mom, you can't even tell i got anything done!" - i thought she looked adorable.  and maybe a little too grown up with that blowout. 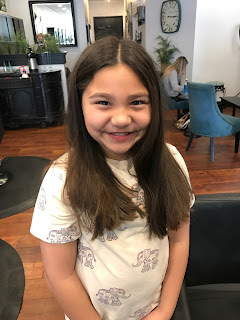 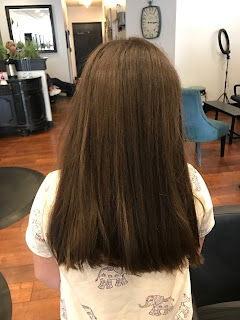 outside, i asked her to pose for me again. 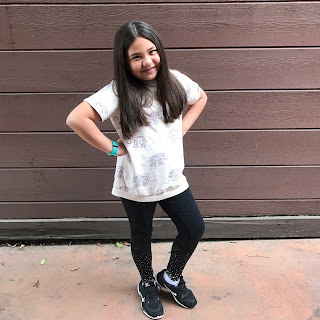 she's asked me at least once already this week to blow-dry her hair for her.  i didn't really want to, but instead i let her talk me into flat ironing it the next day.  it looked so pretty and sleek and shiny, but i reminded her that it wasn't something we were going to do every day.  she was bummed, but whaddaya gonna do?

Email ThisBlogThis!Share to TwitterShare to FacebookShare to Pinterest
Labels: cheer, haircut for the bean