hitting the trail...in the middle of the city

for this week's monday shenanigans with the old lady, we decided to switch things up a bit.  not that we didn't want to go to disneyland again, but we thought maybe it would be fun to do something a little different.  we hadn't been out on a hike in a long time, and i'd recently come across a facebook post about the baldwin hills scenic overlook.  apparently it's in culver city and involves some pretty steep stairs to the top that provide one hell of a leg workout.  we invited a friend to join us (but she had to back out at the last minute), and once we dropped the bean off at school we jumped on the freeway to get out there.

after making a couple of pitstops first (more on those later), we made our way towards culver city and found that a ton of other people had had the same idea.  parking wasn't easy to find, but we managed to snag a spot about a country mile away. 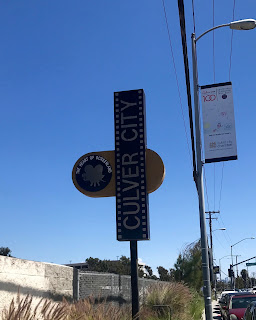 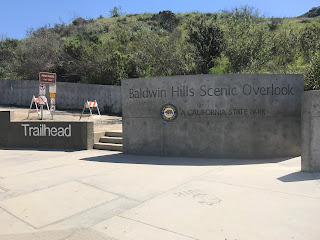 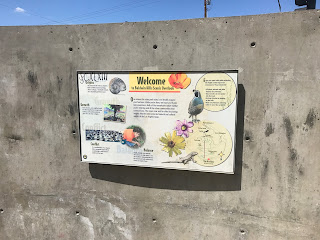 you start out on this trail that's partly paved, part dirt.  not too bad of an incline. 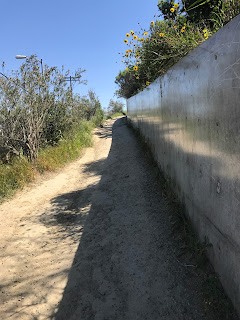 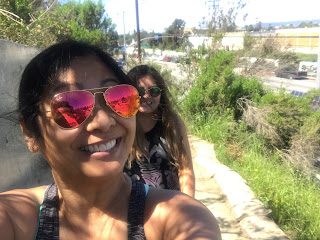 after a little while, the paved part ends and it's all dirt. 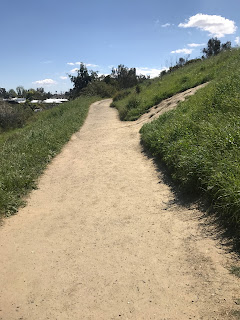 and then around the bend, you see them...the dreaded stairs.  you can see from the bottom that they're all different heights and widths, and this climb is gonna be a bitch.  there's an option of a trail to hike too, but takes longer...windy and twisty and turny and stuff.  besides, we came to tackle those stairs and so that's what we did. 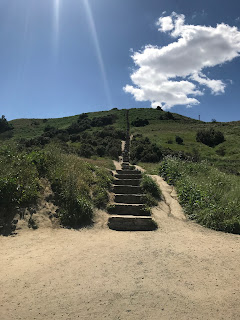 every so often, there's a break in the stairs where you can stop for a second, catch your breath, check out the view.  because some of those steps are crazy high - almost like having to do a box jump - i really appreciated the breaks.  a lot of the steps were really wide, too, so i found myself having to consciously switch out my legs so i wasn't using the same one to climb up the steps every time. 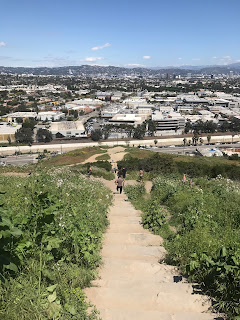 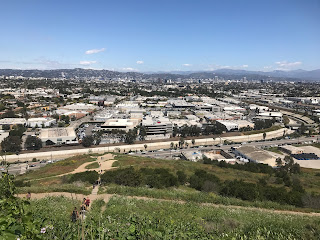 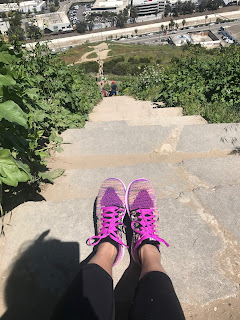 at the last break before the top, you find this marker. 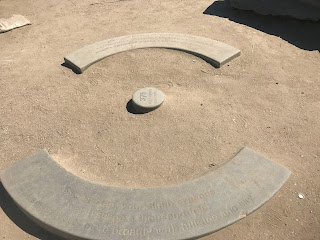 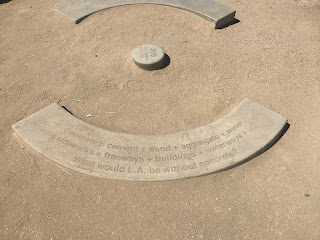 there's one last flight of stairs, and luckily they're a lot less uneven and jagged...much easier to get through.  then you turn around and you're looking out at a fantastic view of los angeles - from the beach to hollywood and over to downtown l.a. 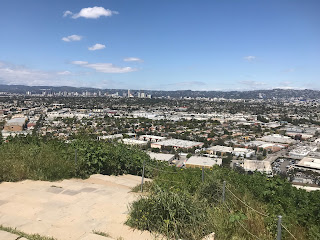 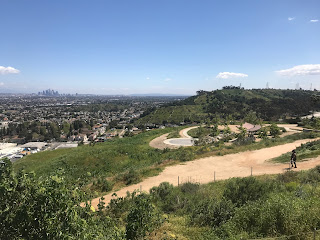 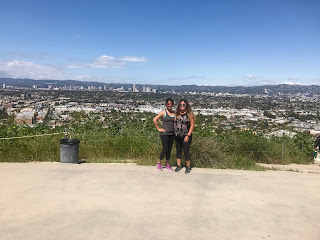 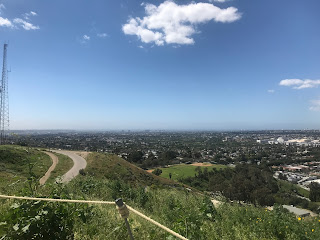 we spent a little time up there, enjoying the breeze and looking out at the city.  total time to get up there was about 13 minutes or so, and we decided to try going down via the trail.  the idea of potentially misjudging some of those steps and eating shit on the way down was not an appealing one to either of us, so there you go. 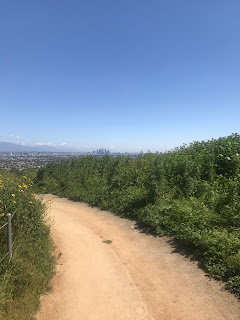 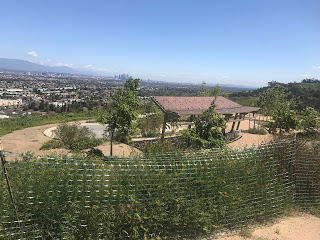 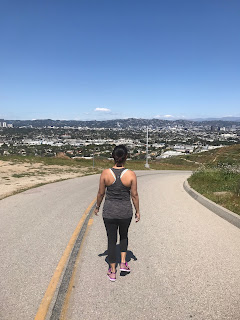 the paved road was closed to vehicles because of some construction going on, and we came to this detour on our way down. 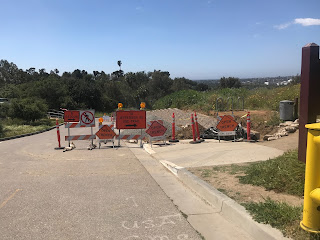 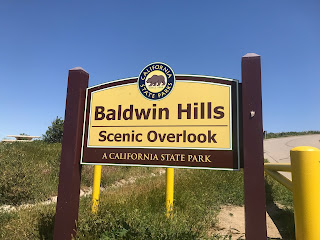 going down is always a lot easier than coming up, and we were done in no time.  at least one of us was happy. 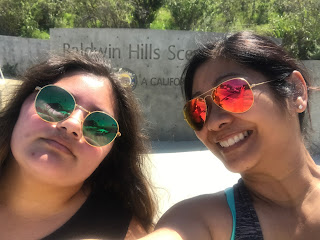 i made a rookie mistake, though - i hadn't grabbed my water when we got out of the car and i ended up down for the count once we got home.  i was stuck with a massive headache that took me out for the rest of the day, and i'm pretty sure it was dehydration.  damn.

Email ThisBlogThis!Share to TwitterShare to FacebookShare to Pinterest
Labels: hiking