every now and then i find something cool on instagram that catches my eye and i HAVE to have it. sometimes it's something to wear, maybe somewhere to go, but it's usually something to eat.

this time, it was something i'd never heard of before but sounded really good, and even worked with the clean eating plan: oatmeal latte. maybe that sounds kinda weird, but the thought of a meal plan-approved carb plus some much-needed caffeine was a total win in my eyes. creamy oatmeal made with milk and a little brown sugar and cinnamon with an espresso pour-over, steamed milk, a little foam and some granola on top. mmmmmm.

i decided to try making the oatmeal in my trusty instant pot. after doing a little research, i found the magic recipe. the ratio of 2 parts almond milk to 1 part oats with a pinch of salt, some cinnamon, a little vanilla extract in my pyrex measuring cup sitting on the steaming rack with two cups of water in the bottom of the pot on high pressure for ten minutes and natural pressure release for another ten minutes was perfect. 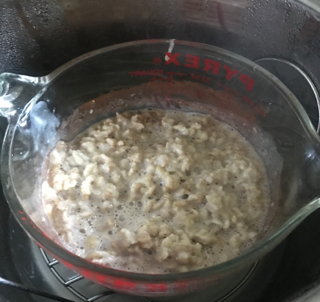 we don't have an espresso machine, but the old lady found k-cups at target that would do the trick. that also meant that i didn't have a way to froth the milk, but a quick google came through for me. i just poured the milk into a mason jar, shook the shit out of it for about 45 seconds and then put it in the microwave for 30. this works perfectly with regular milk...not so much with almond milk (i tried).

in my cup i put the oatmeal (after adding a tablespoon and a half of brown sugar to it), poured the espresso on top, stirred in a little more steamed milk and topped it with the foam and a little vanilla-almond granola, and voila: 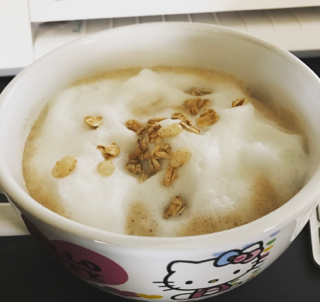 you guys...i'm addicted. it's so good, just a little sweet, super creamy and warm and perfectly filling. i think I've only missed one day in the last week. 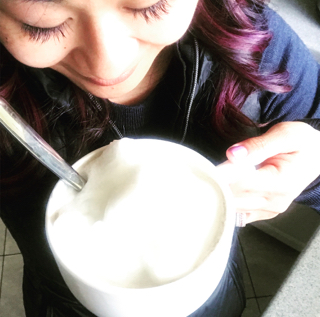 give it a try. i swear to you, it's life changing.

Email ThisBlogThis!Share to TwitterShare to FacebookShare to Pinterest
Labels: adventures in cooking, coffee is good