after barre class one day, my instructor caught me in the lobby to tell me that the newest xtend studio was finally set to open in pasadena.  brittni, one of our former instructors, was taking the position of assistant manager and senior instructor there, and they were going to offer free classes during opening weekend.  she offered to put me on the list for the sunday morning class, and i happily accepted.

of course, we had the time change this weekend which made getting up super duper extra hard.  still, i was motivated by the thought of seeing my friend and the new studio, so i dragged my ass up and got ready and out the door.

there was zero traffic, considering the rather early hour plus sunday morning plus time change.  i managed to get to pasadena in about 20 minutes and pulled into the parking lot with plenty of time to spare. 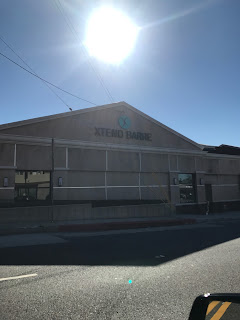 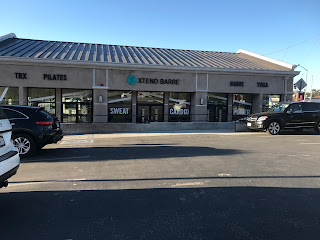 this studio is HUGE, especially compared to the one in la verne.  i was already excited even before i walked in the door.  i was greeted by three friendly faces at the front desk, where i got signed in for class on the iPad and signed the required waiver. 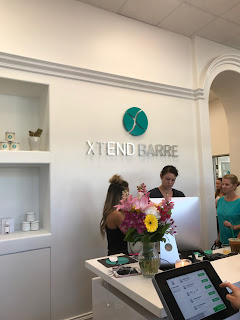 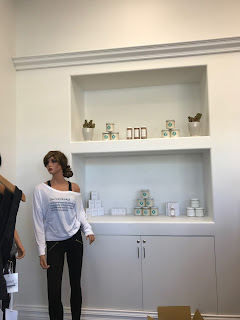 they have not just one, but two spacious rooms for class.  and the first thing that caught my eye was that they're equipped for the xtend suspend/TRX classes.  i so want to try this, but it's not available at my studio. 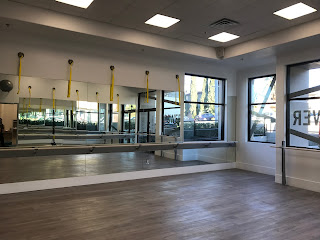 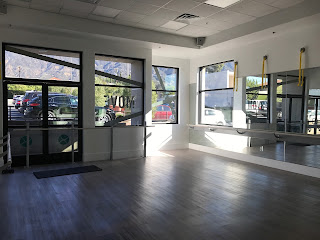 and it was so nice to see brittni again!  it's been...probably damn close to a whole year since i got to take class with her.  i miss her so much, even though her classes have always kicked my ass to the moon and back. 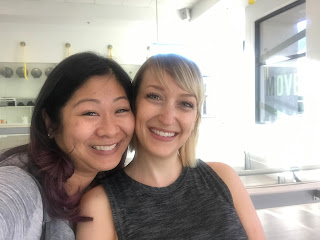 a cute little sitting area between the two rooms, with a couple of water fountains which i've always wished we had in la verne: 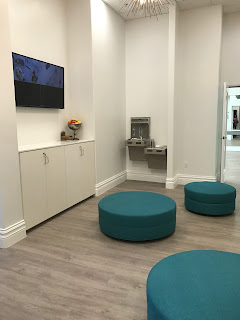 there's even a changing room in addition to several restrooms.  man, i wish i lived closer to pasadena. 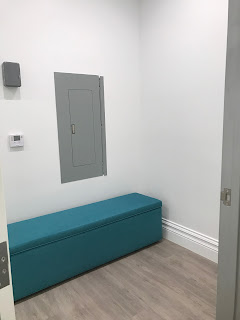 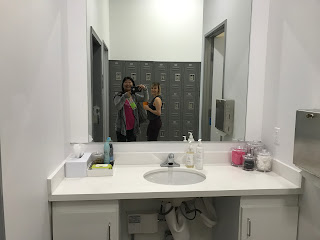 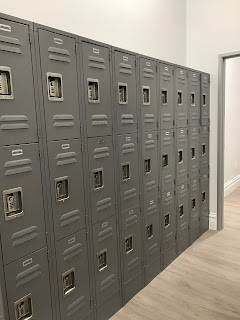 the awesomeness kept on coming as i noticed something else that was beyond fantastic - a child care room.  for only $5, you can have someone watch your kid while you sweat it out just a few feet away, or if you're a studio member childcare is free.  such a great amenity that i'm super jealous of.  the bean doesn't really need "care," but it would be so nice to have a room like this for her to hang out in to watch a movie, read a book, do homework, etc. while i take class. 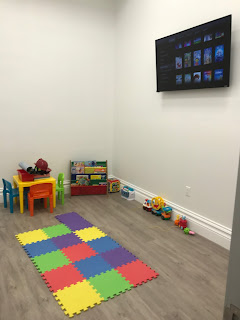 the classroom was set up nicely.  there's a barre on every wall and the equipment is nicely stored in one corner. 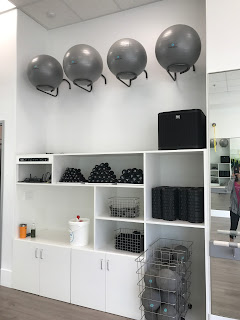 class was full to capacity with local ladies who were new to xtend.  i think i might have been the only one there who was familiar with the class, but everyone did a great job and we all got our asses handed to us by brittni.  it was fun to do the familiar moves in a totally new environment.  and when class was over, we chatted for a few minutes and got this picture before she had to head off and greet the others who had arrived for the next class. 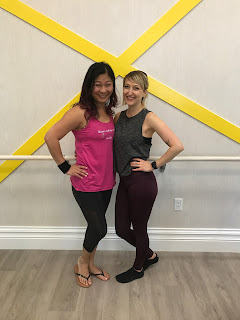 the studio had attracted quite a lot of ladies and it turned out that there was so much interest in the next class that they had to bring in a second instructor and break it up into the two rooms.  i'd meant to get a shot of the fun merchandise they have for sale, but missed my chance and got this instead. 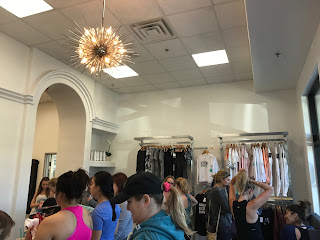 brittni tells me that she's going to be the regular sunday morning instructor, so i'm considering my options as to how i can maybe get there on a somewhat regular basis.  my membership in la verne doesn't transfer to this studio (which makes sense since they have different owners), but since sunday morning is an easy, no-traffic drive and it would give me a chance to see brittni and get a great workout in, i really hope i can figure something out.

either way, the pasadena studio is fantastic and if you're in the area, you can go in and take a free class during the month of march.  they offer a lot of class times, from morning all the way through to later in the evening.  and if you go on a sunday morning, maybe i'll see ya there!
at March 14, 2017