my favorite kind of awards show

2nd trimester report cards were posted online a couple of weeks ago.  man, gone are the days when you'd take home that envelope with the report card printed on yellow cardstock folded in half, where the teacher would painstakingly handwrite all of the grades and comments on each student's card.  we'd have to take it home, show it to our parents, have them sign it and return it within a few days to prove that they'd seen it.  even the old lady's report cards were printed out and mailed home.  technology, man.

anyway, since i'd already seen her grades i knew i'd get the email the following week telling me that she was going to be a recipient at the awards assembly.  they always notify parents so that they can make arrangements to be there if they're able to, which is nice.  and it just so happened that the hub's schedule, which seemingly changes every hour, allowed him to slide in towards the end.  this worked out perfectly, because for some reason they decided to do things in some odd order - they started with the oldest kids (5th graders for this assembly) and worked their way down.

she gave me the biggest grin when she came in with her class and saw me sitting in the second row. 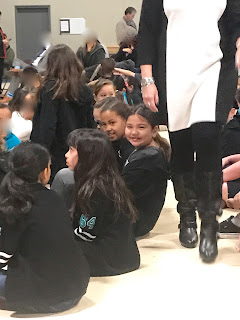 i was pretty proud of myself for getting it right this time, because i usually pick the wrong side to sit on.  and even better, the teacher was standing on the opposite end which meant that i'd get a great picture of my kid since she's always the last one called.  you know how it goes when your last name is at the end of the alphabet.

except that of course, i was wrong.  the teacher decided to switch things up and called them up in reverse alphabetical order.  GAH. 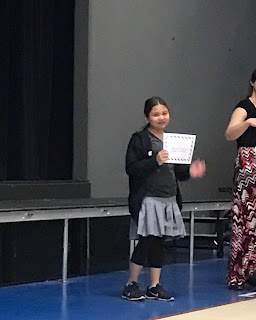 that's okay though.  it didn't make the award any less awesome - principal's list two trimesters in a row!  all that hard work and pushing and homework and grumbling and groaning paid off.  she was pretty darn proud of herself when the assembly was over and we were able to go and give her a great big hug. 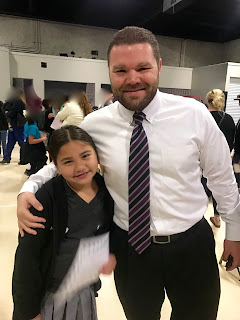 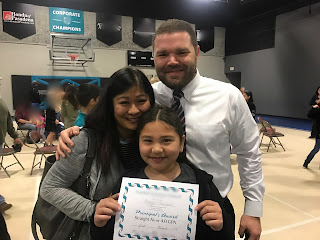 and isn't everything even better when you're with your friends? 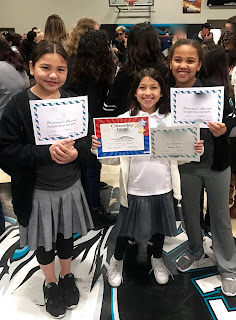 super proud of these girls and their hard work.  and it's so hard to believe that the year is so close to being over.  seems like the first day of school wasn't all that long ago.