flying up to juniors

with our troop's second year as brownies completed, we decided to do our bridging ceremony early so that when next year starts, we can be off and running from the start.  after mulling over several location ideas, we settled on a local park in glendora so that it would be easy for everyone to get there on a friday afternoon.  i'd actually never heard of it before, but one of our moms suggested it and when the old lady and i went to scope it out i really liked the rustic look of the bridge we found.  my co-leader got there early and decorated it with some fun balloons to make it a little more festive: 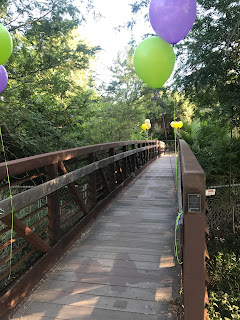 and before the others got there, we took a quick leader photo for funsies.  i'm pretty amused that the skirt i put on was the very same one i wore two years ago when they bridged from daisies to brownies.  looks like i've started my very own little tradition. 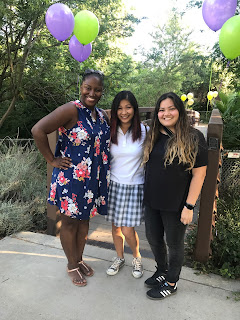 the bean was excited, and had asked me to pick up boxes of junior mints to give out to the girls as a little gift from her.  you know, because we're moving up to the junior level?  get it? 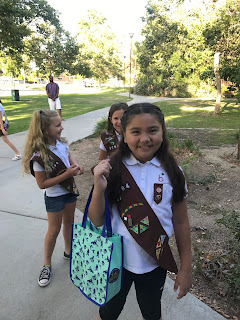 the girls lined up all dressed in their brownie polos and sashes, and we had their parents get in line in the same order.  the idea was that we were going to take the girls to the other side of the bridge and have them cross it one by one after we removed their brownie sash, and at the other end their parent got to put their new junior vest on them.  we used cookie proceeds to buy all of the girls' vests and accompanying patches and pins, and had spent the last few days sewing everything into place.  my co-leader even took on the task of embroidering the girls' names on the backs - up at the top where their hair will cover it, but so that they always know which one is theirs if they take them off at a meeting (which always happens).

one last photo of everyone in their brownie gear: 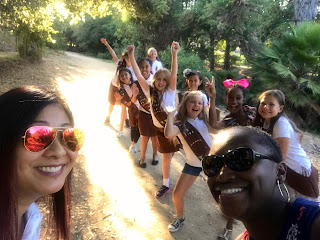 and then we began.  my co-leader and i took turns taking off the sashes and posing with each girl, and  then we made sure that we each got to do this with our own daughters. 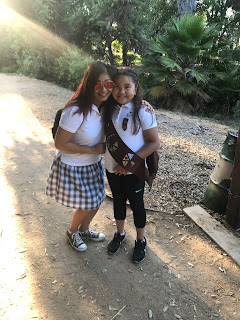 the hub was waiting for her at the other end of the bridge, where the old lady was taking photos of everyone as they got "vested." 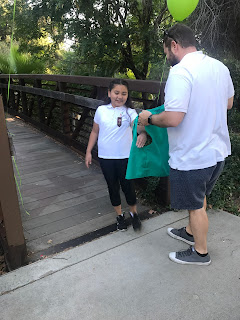 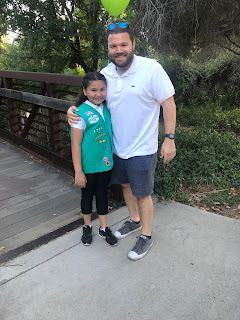 and when everyone was done, it was our turn to cross the bridge and magically go from brownie troop leaders to junior leaders. 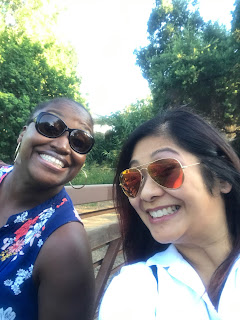 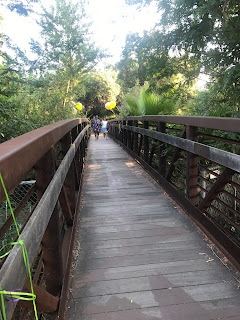 she really wanted us to do a little dance or something as we crossed, but we all know i don't dance.  sorry 'bout that. 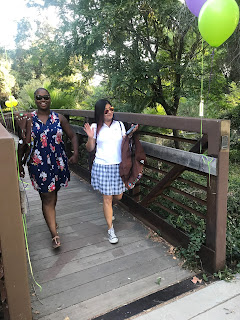 borrowing an idea my co-leader had seen on pinterest, i'd made a bunch of these cookies to hand out to the girls: 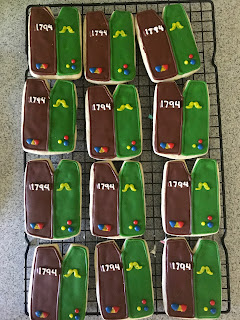 and of course, a family photo.  the old lady lamented the fact that her sister pretty effectively chopped her head in half in this shot, and i said that next time we pose like this, she'd have to get on her tiptoes to avoid a repeat.  it would've been a pretty nice shot if we'd realized it at the time... 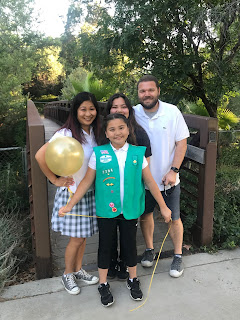 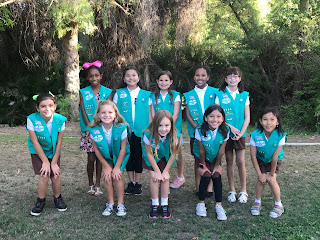