it was just another crazy busy weekend for the house of wan.  saturday saw me and the bean up and out of the house bright and early for a quick check on the permanent retainer that the orthodontist had put in place last week.  and then because we had THREE birthday parties back-to-back to attend that day, we headed to the mall to pick up a couple of presents.

of course, we were super early and had over half an hour to kill before the stores opened.  but that was okay - it was fun walking around an almost empty mall, window shopping and watching the power walkers do their thing on the loop around the shops.  and then i remembered something - the disney store does a special "unlock the magic" opening ceremony thing with the first kid who comes to the store for the day.  they have this whole deal where they bring out a red velvet rope and a giant key and they do some special thing to open the store.

or, at least they used to.  we hung out in front, where we could see the cast members inside cleaning up and getting set up for the day with disney music (first, the "frozen" soundtrack and then songs from the hannah montana concert movie) blaring at full volume.  and then about two minutes before they were set to open, all the music and lights turned off.  the bean was really confused until the cast member came out and asked her to help "wake up the store."  to be honest, it was really quite unceremonious and not as exciting as i'd heard they used to do.


oh well.  she got this cute little lanyard as a souvenir of her "unlocking the magic" morning, which she seemed to be pretty excited for, and that's all that matters. 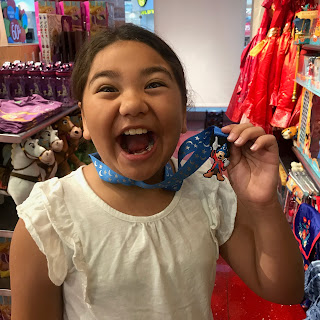 by the way, the stores have a small supply of these "beauty and the beast" red rose tumblers that were all the rage at the parks last month.  like, people were waiting for hours in line to get their hands on one of these bad boys. 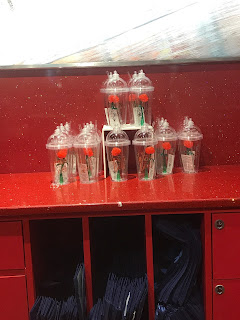 from there, we went downstairs and headed to the hello kitty cafe to pick up some drinks and snacks. they make a hello kitty-shaped strawberry pocket pie that we love, as silly as that sounds, and we grab one every chance we get. 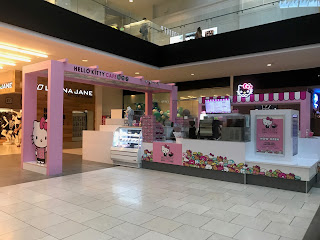 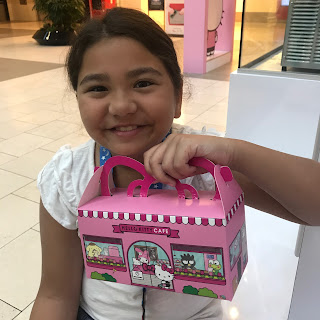 i'm also a fan of their iced cafe mocha, and the bean was excited to get this super cute hot chocolate. 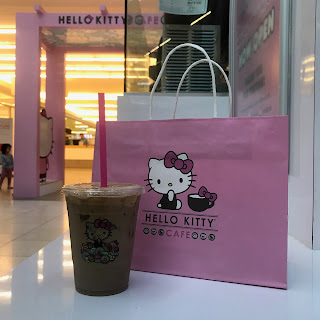 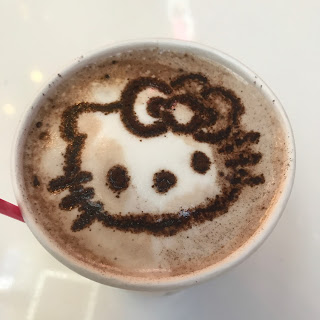 we made a couple of other quick stops for gifts, headed home to change, and then made our way out to city of industry for our first party of the day.  mini dailygluttony was celebrating his 9th birthday at a laser tag place, and while the bean wasn't sure what to expect she was excited to give it a try.  lilcee & co. were attending as well, and she and i hung out in the party room while mr. lilcee took the girls to play.  their party package included not only two rounds of laser tag but a ride on the bumper cars and a good number of credits in the arcade as well. 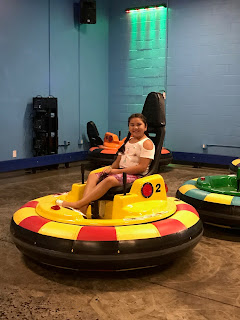 after the games were over, food had been eaten, the song was sung and the cake cut, i got some pictures of the kids and then we had to head outta there. 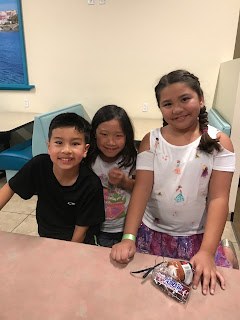 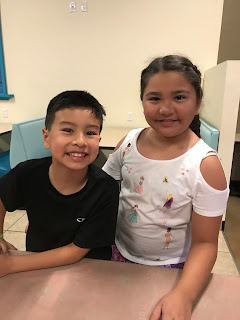 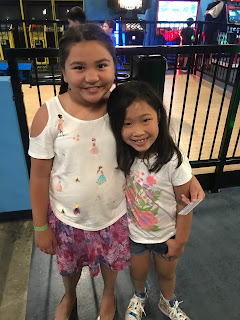 the goody bag was super cute, with a marvel tsum tsum in each one.  the bean was excited to add black widow to her collection. 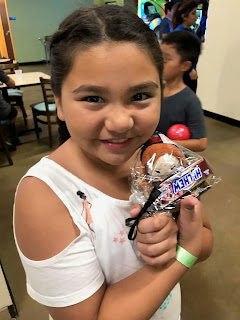 from there we headed back to our hood to join the next party - this time, at the local bowling alley.  this party was actually for her friend's little sister, and her very thoughtful mom had included the bean and a couple of her other friends so that everyone would have someone to hang out with. 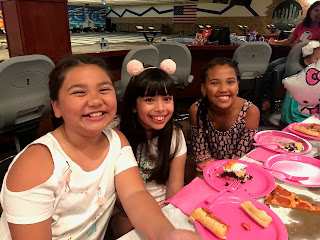 and last but not least, we headed over to one of our girl scout friends' homes for her birthday party.  this one was really low-key, with just a handful of friends and a jumper in the back yard.  it was nice to just sit and relax while chatting with the parents, and the girls had a blast playing together. 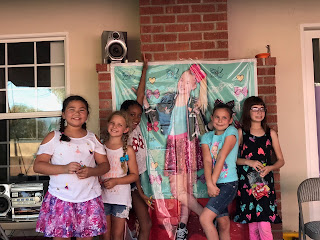 after three rounds of parties, pizza and birthday cake - well, she was pretty pooped.  she'd never admit it, but i caught her sitting here in a daze that she shook off about five seconds after i snapped this. 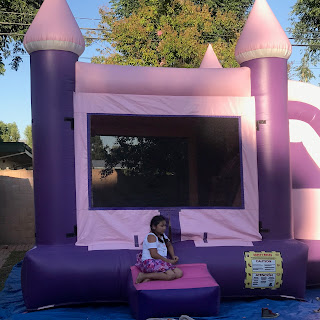 let's just say, she slept like a freaking log that night.  as did i.  it's been awhile since we had back to back parties in one day like that, and although she was the one who did all of the activities, i was exhausted.  we'd gotten to see three different circles of friends that day though, and so it was totally worth it.  friends always make everything better, don't they?
at June 19, 2017