the day the bean has been waiting for finally arrived...time to get those braces off!

although it really hasn't been all that long.  it was april of last year when she got them put on, after a couple of long months waiting for it to happen: 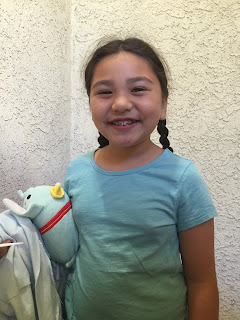 and she only had the braces on the four front teeth on top, plus a permanent retainer on the bottom.  i think she looks cute with them on, and she really didn't complain much about them even after the appointments for tightening every six weeks.  but change is always new and exciting, and so when the anniversary of those braces came and went (after the ortho had promised that it would only be about a year for this phase), she started counting down the days to the next appointment when she knew they would finally be removed.  when you're nine, a year is a super long time, amirite?

here's the "before" shot when we arrived at the dental office: 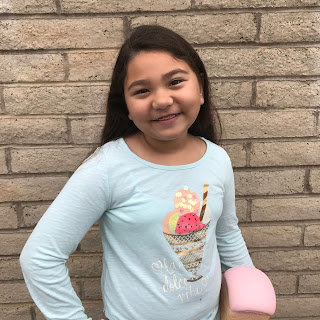 the ortho teased her a little when he came out to greet her.  "so, are you excited to have more braces put on today?" he said.  and we all laughed at the instant look of alarm that crossed her face.  when she realized he was just kidding, she relaxed back into the chair and went back to watching the movie that was playing overhead ("trolls," in case you were wondering). 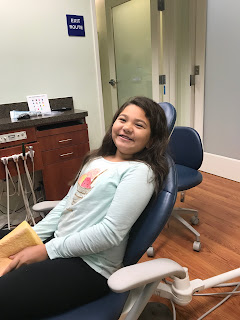 removing the brackets was a pretty simple process.  she was running a tongue over those teeth in no time, and i totally remember that feeling from the day my braces came off.  "slimy teef," as one of my friends called it.  and then they worked on removing the glue and getting those teeth all nice and polished up before starting on the permanent retainer that she'll wear for the next couple of years until phase 2 starts. 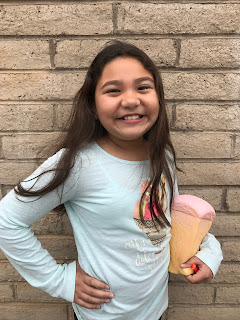 she was so excited and couldn't stop talking about how weird it was to have them off.  and we go back next week to have the rest of the retainer installed, with another appointment in ten weeks just to check on her to see how things are going.  it was a little startling to look at the calendar and realize that that next appointment would be just after school starts back up again.

Email ThisBlogThis!Share to TwitterShare to FacebookShare to Pinterest
Labels: braces, dentists aren't so scary after all