it's been awhile since i shared some of the stuff i've been sewing up, so that's what you're gonna get today.  i'm still plugging along on that "100 items in 2018" challenge, which means i'm stitching together at least 8 things every month.  and since i've built up quite a stash of fabric - the hub is agog at the number of storage bins i've filled with it - it's actually pretty easy for me to hit that goal (and then some).

making a good v-neck top is actually a little harder than it sounds.  i'd only ever done one, which turned out okay but was still a little wonky at the point.  it's wearable, especially since it's a solid black t-shirt, but i really wanted to conquer that damn v.  so i pulled out some of my favorite floral knit and used the green tee pattern from greenstyle creations to make this: 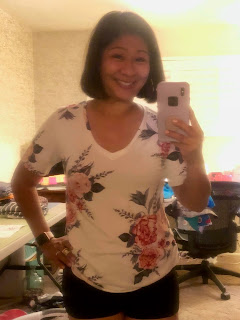 the picture is a little blurry, but i was super excited because it turned out really well, and now i'm a lot more confident about making more in the future.  plus, the instructions in the pattern for sewing that v made it a lot easier than the other method i tried before.

i know i shared this top that the bean wore to a recent trip to disneyland, but you have to see the back because the fabric is so awesome: 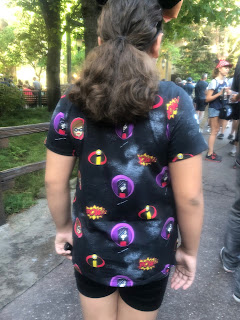 speaking of disneyland trips, check out the back of this super cute top i made using "small world"-themed fabric and greenstyle creations' xpress tank pattern: 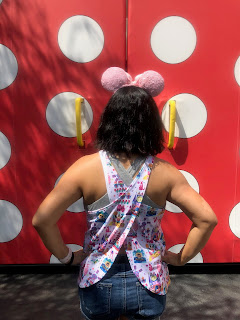 i made one for the old lady too, although she hasn't worn this one yet: 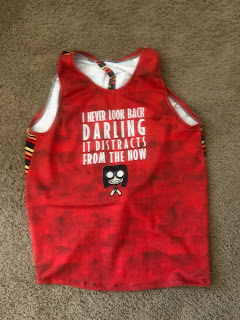 although she did wear this non-disney one on another visit. 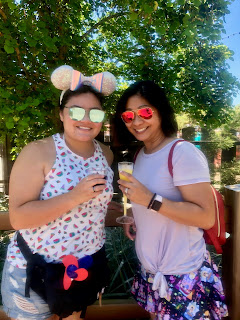 when we visited the "that's from disneyland" exhibit, the bean wore this sushi-themed top i made with the made for mermaids "nina" pattern, while i wore a fun dress i made using stormtroopers fabric and patterns for pirates' new "so classic sundress" pattern. 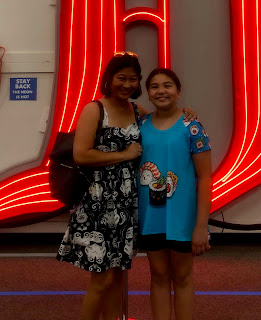 for mama wan's birthday brunch, i used the patterns for pirates' boundless, an oldie-but-goodie that never fails me. 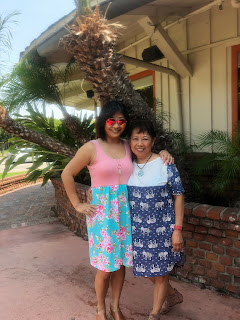 and as a little gift, i made her an easy breezy summer kimono that she wore on her palm springs birthday weekend getaway.  doesn't she look cute? 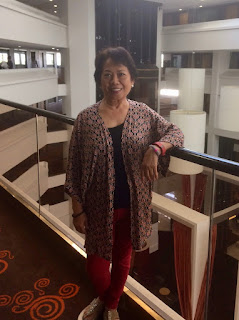 this is the nina pattern again, but in dress length.  i've had more misses than hits with hi-lo skirt patterns for myself, but this one i love: 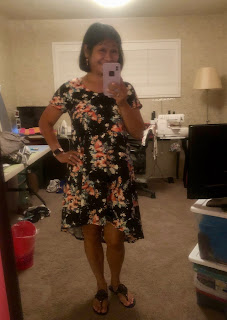 and last but not least, a super fun "sunny day" dress from ellie & mac patterns that used up some remnants from my scrap bin. 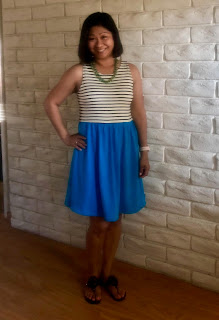 i have a ton of sweater knit fabrics sitting around too, and even though we're in 90-degree weather that's still going strong, i'm ready to start sewing up some stuff for fall.  there's a lot of fun patterns i want to tackle and i'm so over the heat...come on, fall!
at August 15, 2018