the hub sent me a link to an instagram story by travel + leisure last week that looked really interesting.  i'd heard of lucy sparrow before, having created pop-up shops in new york and london that were filled with her plush felt creations that were made to look like ordinary items you'd find in any grocery or convenience store (and i guess she did a sex shop too, which is extra intriguing, heh).  you know how the bean has been really into hand sewing her own felt creations, and so when i read that sparrow mart was going to be at the standard in downtown l.a. for the next month i knew we had to go.

it was scheduled to open on august 1st, and i'd considered taking her the next day but chickened out because i hate driving downtown on weekdays and the hub wasn't available to go with us.  we decided to venture out on saturday instead, and that way we'd be able to go together and maybe grab some fun lunch somewhere nearby too.  we'd invited the old lady to come along with us, but she wasn't really interested and said she'd be happy to look at our pictures another time.

we got to the standard around 1:30 and found a great parking spot as soon as we pulled in.  funny, i don't think i've been back here since we said goodbye to our friend trish as she headed off to harvard for law school...in 2009.  yikes. 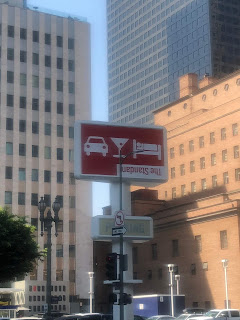 i knew that there'd been a media blitz over the last couple of days about sparrow mart, so we figured that we'd have to wait in some sort of line.  it's a first-come, first-served sort of thing and when you arrive you check in at the desk in the lobby of the hotel.  it was a little like a fastpass at disneyland, where you're given a time to return so that you can enter the shop and wander around for half an hour before the next group comes in.  the line was fairly long when we got there, and the grapevine told us that the time being distributed was 4:00, with about 40 people allowed in at a time. 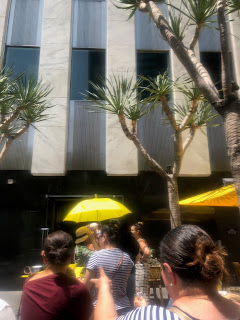 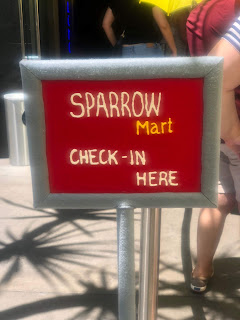 it was hot and the sun was blazing, so we were happy to grab one of their bright yellow umbrellas to use for shade as we waited. the hub took pity on me as i stood there sweating my balls off and took the umbrella as he waved us inside to wait in the air conditioned lobby.  he's such a keeper.  as the bean and i sat on one of the comfy couches, i sent her over to check out the sparrow-to-go mart that offered snacks and drinks for those who chose to wait around for their turn in the shop. 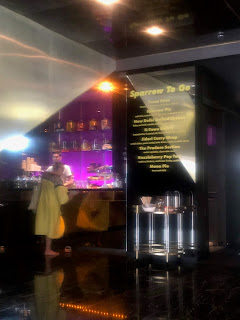 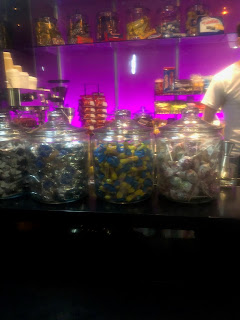 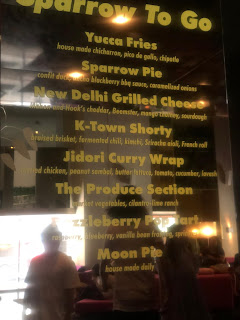 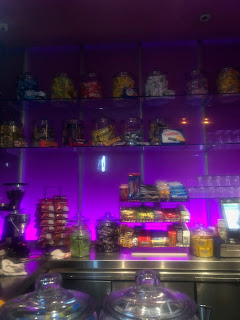 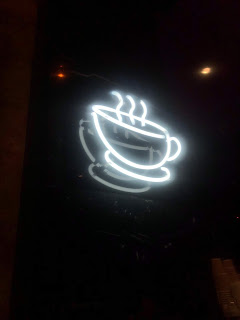 meanwhile, the hub waited in the line that seemed to move like molasses. 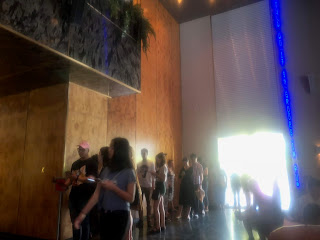 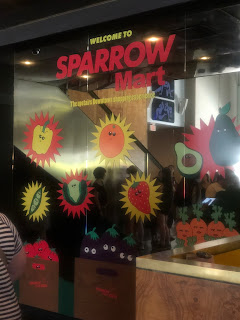 when we received our return time (4:00, just as we'd heard), we decided to head up to the rooftop bar to see if we could find some snacks and a nice spot to hang out in.  on our way up there, we managed to get a sneak peek of what we'd get to see in a few hours. 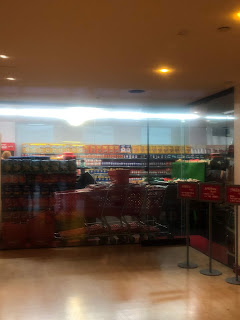 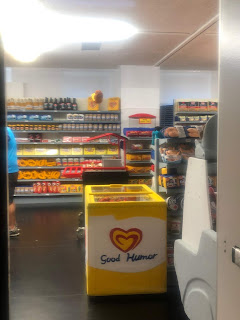 we were super bummed when we got upstairs and found that the entire area was shut down for a ticketed event.  we could've bought wristbands downstairs, but since we had no idea what the event was all about and the bean was with us, we opted out and went for plan B instead.  outside we found this super cute felt banner for sparrow mart. 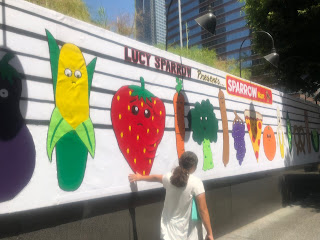 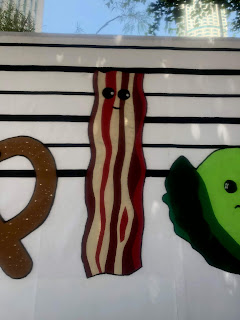 the last bookstore is a spot i've been wanting to check out for a long time, and it was only a half mile away.  although it was in the 90s and i was pretty much dying by the time we got there.  and it wasn't air conditioned in there, boo. 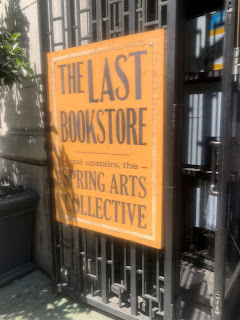 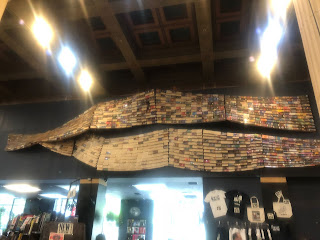 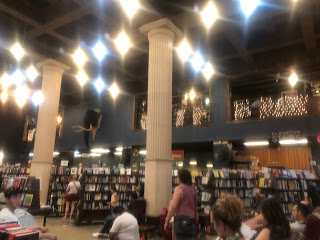 the bean plopped down into an open chair and started thumbing through a cookbook while i stood next to her and tried to cool down a little. 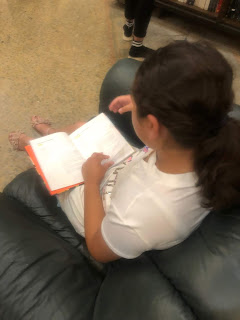 i would have loved to spend more time in there, but it was really crowded and so we headed back outside and made our way down the street to the spring arcade building.  we knew we'd find the don francisco cuban cafe there, and it was definitely time for a cold drink and a snack. 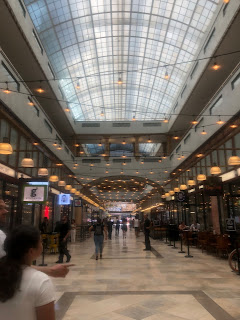 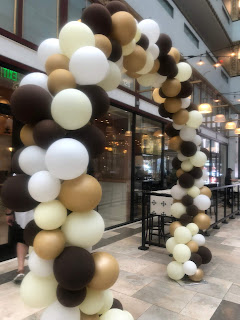 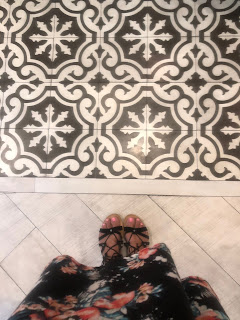 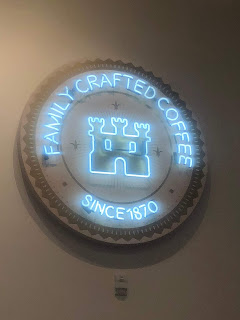 after enjoying an iced cafe con leche and a delicious flan, and then grabbing some gelato for the bean, we headed back to the standard to wait for our turn to enter the sparrow mart at last.  it's always fun to wander around downtown l.a., and hopefully when the weather finally cools down a little we can go back to the bookstore and get lost in the aisles of books and novelties and art.