so, in between all of my adventures with the girls and re-learning how to run my own household again (heh), i actually have been spending time in the kitchen.

remember the cookies i made for MIL's going-away BBQ?  i tried out a new recipe for chocolate sugar cookies, since she's a huge chocoholic (dark, preferably).  it incorporated something i've had in my pantry for a few weeks now, just waiting to be used: 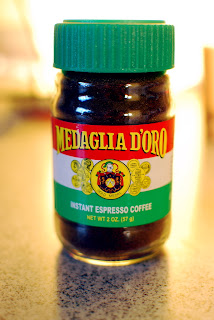 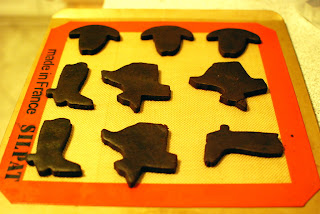 since i was on a "trying something new" kick, i decided to whip up a batch of the corn syrup glaze that some cookiers use instead of royal icing.  i wasn't so sure how it would turn out and really hoped it would dry hard like the RI, but it came together easily without needing a mixer.  bonus!  and i was pretty pleased to check it out the next morning and find that the surface of my cookies were definitely not gooey. 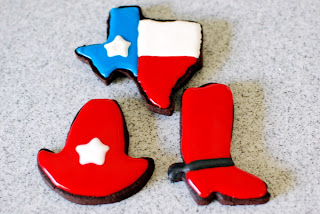 one of my JLP sisters came to me in serious need of baby shower favor help last week.  the party was schoolhouse-themed (with super cute invitations that incorporated that grade-school cursive font and a green chalkboard background), and they wanted to do "milk & cookies" favors.  with about 50 guests, she was looking for cello bags tied with a red ribbon filled with chocolate chip cookies.  was i up to it, she wanted to know - and of course, i said yes.

because she wanted them to be small, i decided to use mini chocolate chips.  estimating about ten cookies per bag x 50 bags (holy crap, 500 cookies), i got to work a couple of days before and mixed up four batches of cookie dough.  i put it in plastic tubs and stuck them in the fridge till the next day. 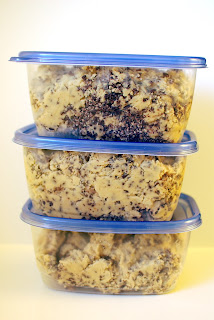 i racked my brain trying to figure out how to get these cookies nicely shaped, but still as small as possible.  i finally settled on using a melon baller and a small hors d'oeuvres spoon to scoop out the dough. 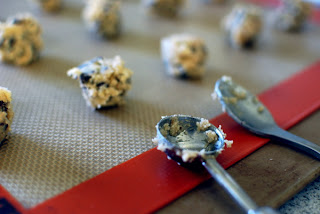 i never realized how difficult it would be to make teeny-tiny cookies until then.  it took me about three hours to scoop and bake, but i finally finished. 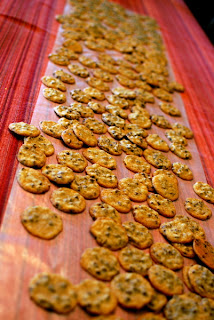 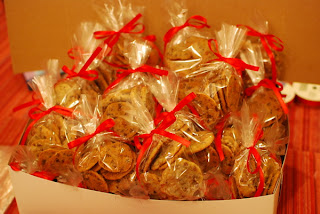 i haven't heard back from her, but i'm really hoping they stayed fresh - the shower was on a saturday, and i did the baking on thursday afternoon for delivery friday morning.

dinner that night was caramelized chicken and mushrooms with herbed bread, from my favorite cooking blog.  it was really delicious.  you should make some tonight. 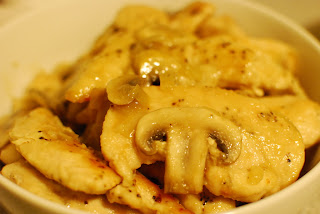 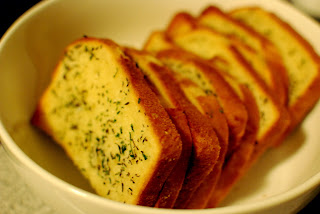 MIL also stopped at the 'bucks last week and scooped up their new cake pops and whoopie pies.  we'd heard they were now selling the tasty treats and wanted to see how theirs stacked up against others.  okay, i wanted to see if they were better than mine.  heh.  and while they were yummy and cute, i'd say mine are just as delicious.  and cheaper. 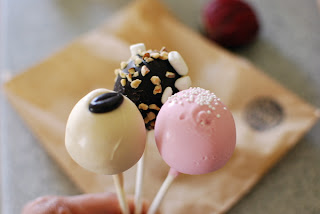 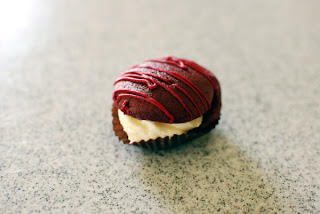 i recently found (or did one of you send it to me? i can't keep track anymore) a recipe for pancake cupcakes with maple-bacon buttercream frosting.  try saying that three times fast.  yeah, good try.  anyway, i wanted to try them for myself and decided to make some of just jenn's maple syrup bacon to throw in the mix. 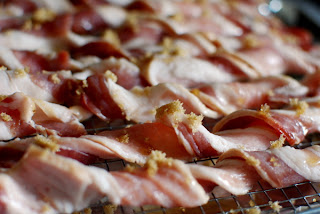 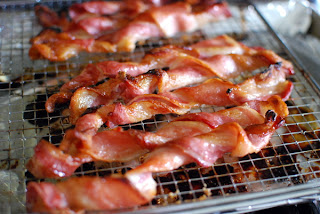 and then i got lazy and didn't end up making the cupcakes.  oh, and i ate about half of the bacon.  oops.  since i've given you the link to the recipe, let me know if they're good.  kthxbai.

but i did get up early a couple of mornings ago to make some french breakfast puffs for the teen and the bean.  i'd seen that recipe before, lost the link, and when i googled i got several different versions, all of which incorporated shortening.  ew.  so i was happy to find the original one.  while it had no nasty ingredients, there was a lovely amount of butter instead.  mmmmm.

i decided i wanted the muffins to be simple, without those accordion-style lines that paper liners always leave.  so i threw caution to the wind, sprayed the crap out of my non-nonstick muffin tins, and hoped for the best.  i was thrilled when they popped right out with a simple flick of the wrist. 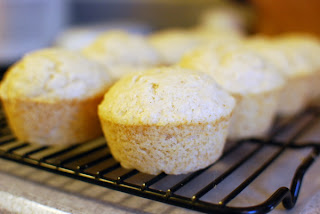 now, in those other versions, the entire muffin was dipped into melted butter and rolled in cinnamon sugar.  while that sounds lovely, i showed a bit of restraint and did just the tops: 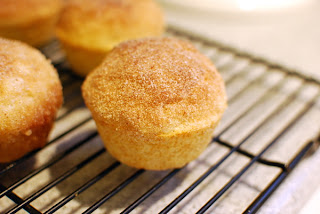 these things were so good, we devoured them lickety-split.  all four of us had one for breakfast, and then i found myself digging into another one for lunch.  the teen had another one as an after school snack, and took the other two to school the next morning.  i hope she shared one with rock-ell.

and even after all of that, there's hardly a dent in the mountain of recipes i have bookmarked between the iMac and the iPad.  oh, and a few on the iPhone, too.