my friend nanette, if you don't already know her, has an adorable daughter we call "em."  she was born almost exactly a year after the bean, and it's fun to watch her grow up and remember what the bean was up to when she was em's age.

because we live about an hour away from each other, we haven't had a ton of opportunities for playdates together.  but now that the girls are getting a little older and can do more fun stuff, we're making more of an effort to plan toddler GTGs.  it's SFAM 2.0 in action!

last week, we met up at the grove/farmers market in l.a.  we love that place, and it was a nice outing-slash-MIL's last time there for a while.  when we arrived, the toy store window caught the bean's eye, and that's where we ended up meeting with nanette and em. 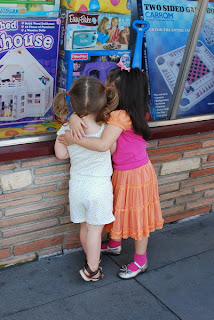 this farmers market (no apostrophe!) has been here since the 30s, and the original owner happened to strike oil on his ranch.  he's apparently credited with inventing the self-serve gas station, and a replica of the original one was built here between the parking lot and the farmers market.  there's also an antique (non-working) truck parked here, and the girls decided it would be fun to climb into it.  after peeking inside and seeing that it was clean and safe, we let them. 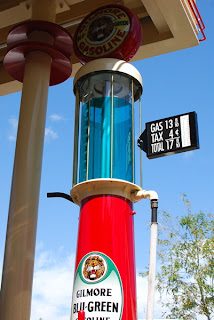 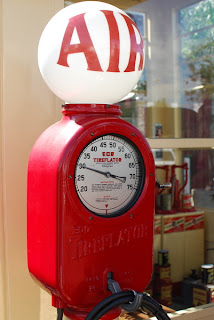 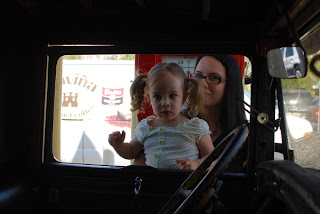 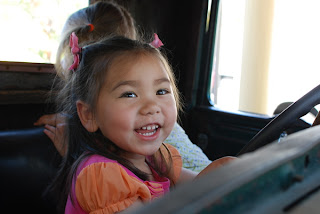 can you imagine the havoc these girls are gonna wreak in, oh, about 13 years? 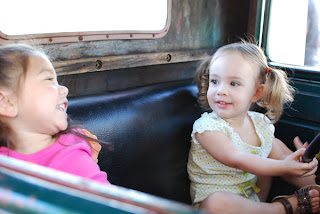 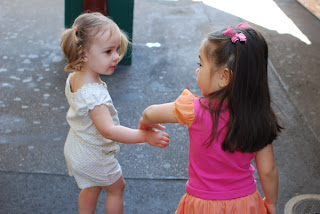 don't kill me for this one, nanners.  i couldn't NOT throw it in. 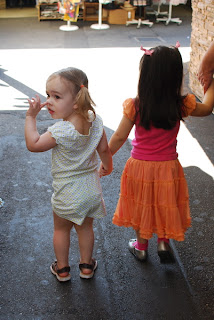 as we found a table to sit at for lunch, the girls were captivated by the birds sitting in the tree above us. 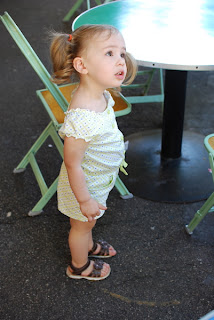 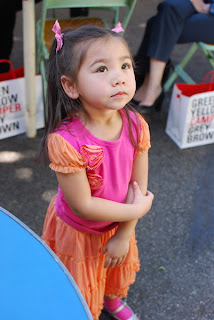 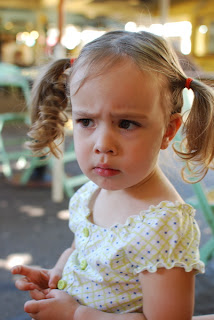 this is what i got when we asked them to "smile!" 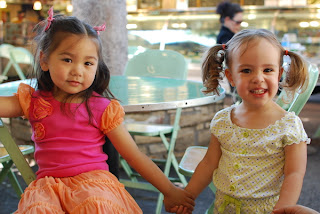 even though i knew we'd be having some today, for st. patrick's day, i always find myself coming here for corned beef and cabbage.  seriously, i need to branch out next time.  but it's just so darn delicious. 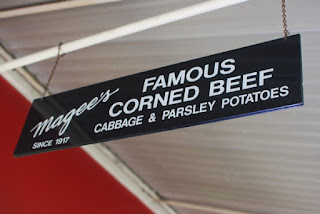 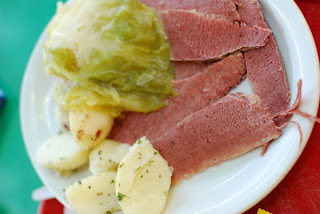 according to her mommy, em wasn't yet a hot dog fan - but she warmed up to it as she watched the bean chow down on hers.  while the bean doesn't like ketchup (or ranch, or any other kind of dressing or dip), em sure does - and that's how nanette finally got her to eat pieces of her hot dog.  and when they were both done, they got to share a treat: 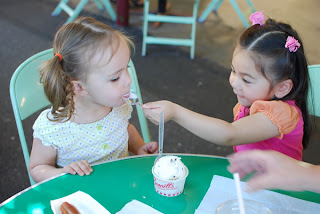 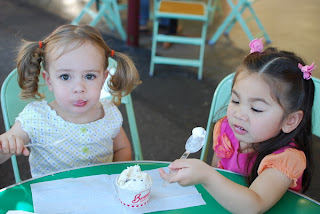 ice cream is to the bean what corned beef and cabbage is to me - she never passes it up.  so even after em was so over it, she kept plowing away at their cup. 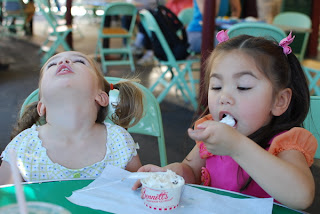 we walked with them to the grove so the bean could stroll through the american girl place, which nanette and em had already visited earlier. 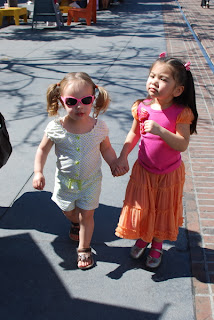 it was em's naptime, so they shared a goodbye hug before we parted ways. 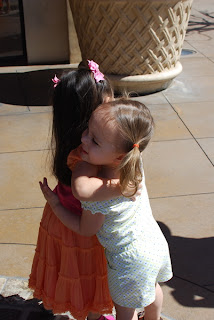 MIL and i were happy to let her lead the way through the store - with a full belly, a trip to the potty, and a nice walk, she was guaranteed to take a good, long nap in the car on the way home. 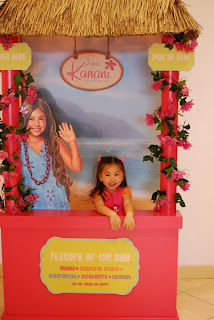 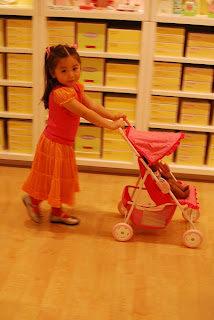 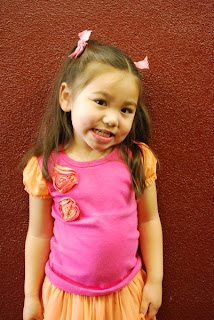 i hope we can make playdates with nanette and em a regular occurrence.  they're just too much fun not to.
at March 17, 2011

Email ThisBlogThis!Share to TwitterShare to FacebookShare to Pinterest
Labels: bean has a BFF, playdates