last week, MIL took off on a weekend getaway up to the mountains with her friend - one last girls' trip before she moves away (waaaaah!).  as expected, the skies opened up while they were there and dumped several feet of snow on them.  she'd actually brought a few big ziploc bags to bring some back for the bean, and they were both excited to play when she came home.

of course, it was naptime when she came through the door, but that was okay.  it was cool enough in the shade for the snow to survive until the bean woke up.  and because so much of the stuff fell right on top of MIL's car, she didn't even have to put it in those baggies. 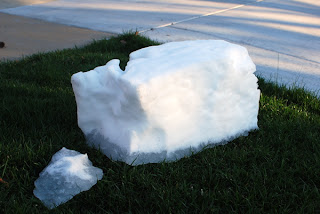 at last, there was movement in the bed and the bean emerged all sleepy-eyed.  she perked up pretty quickly when we reminded her of the surprise waiting for her outside, and she hopped right into her boots to go outside and play.  i was giggling at her pigtails, all askew. 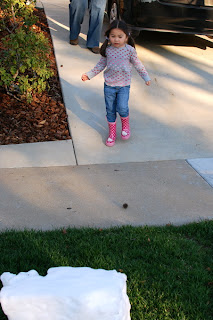 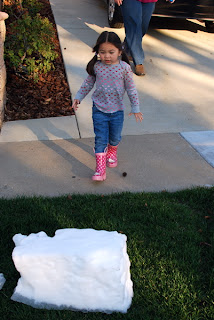 she stared at it for a few seconds before the curiosity overtook her, and then she finally poked hesitantly at it. 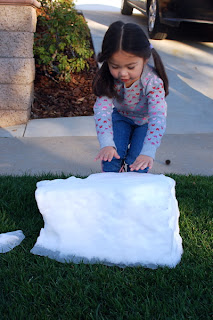 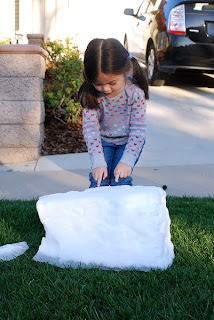 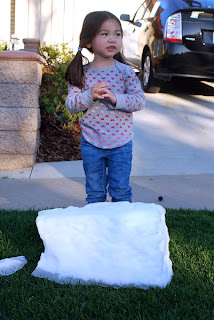 then her sister could wait no longer, and she poked at it with her finger. 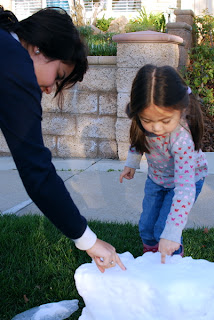 with MIL egging her on, she finally scooped up a handful and made a snowball.  she totally throws like a girl. 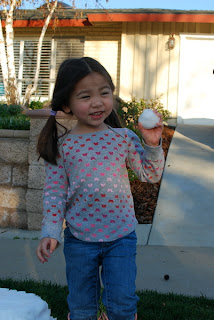 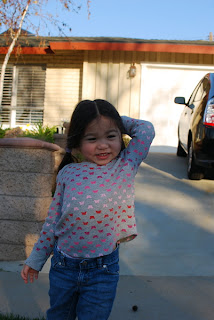 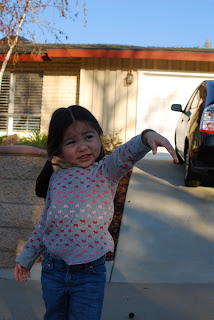 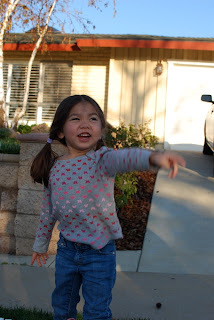 but she feared retribution - with good reason. 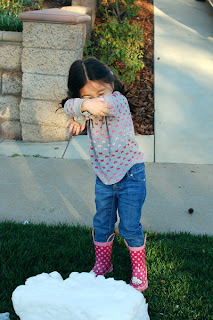 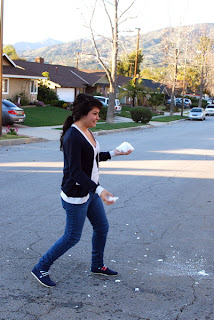 she thought it would be fun to take a seat. 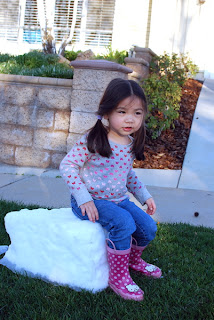 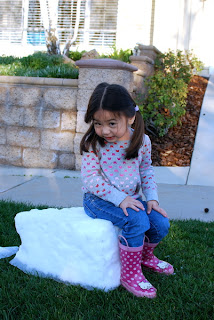 and tried to squirm out of letting me take a picture of her wet butt. 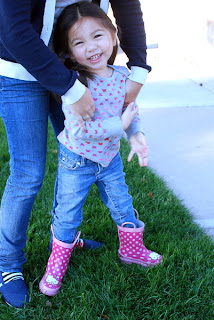 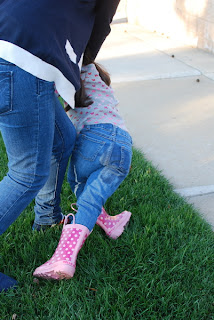 the teen didn't get away scot-free, either. 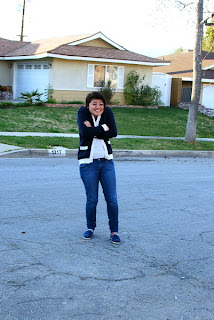 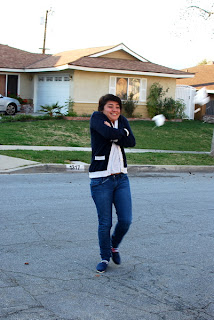 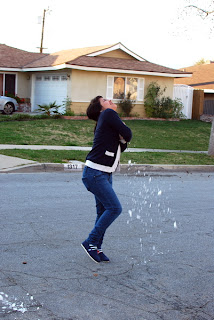 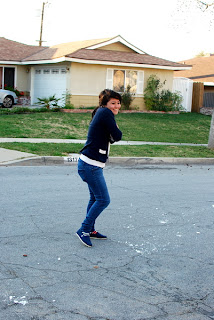 then it was my turn. 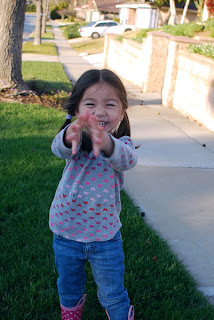 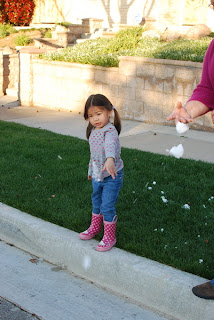 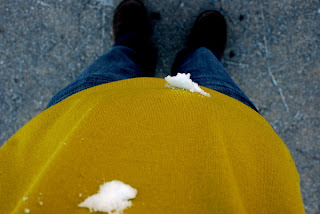 but she definitely got her share of goosebumps.  MIL managed to sneak a bit of snow down the back of her pants. 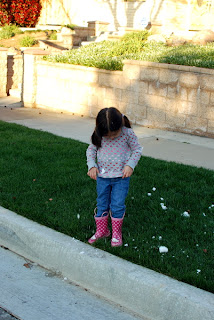 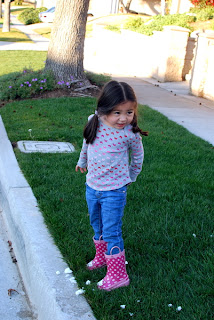 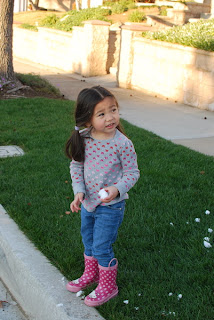 a tiny snowman atop the last mound of the cold, white stuff: 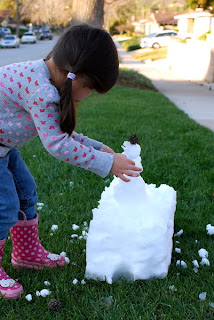 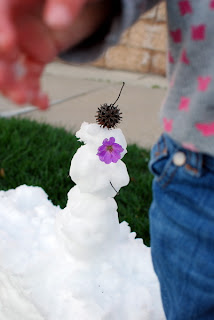 by the time we got up the next morning, all that was left was the purple flower and that prickly thing on top of the snowman's head.  well, there was about a handful of snow, too, but not enough to play with.

and now all we want to do is go up to the mountains and play.  hopefully we can make it up before all the snow melts.
at March 07, 2011

Email ThisBlogThis!Share to TwitterShare to FacebookShare to Pinterest
Labels: snow