i managed to snag myself a sweet gig making 3 dozen cake pops for a baby shower, and i was excited to try my hand at doing them with a homemade cake vs. one from a box (or even from mushing up cupcakes from dots).  using recipes from hershey, i baked up the deepest, darkest, chocolatiest chocolate cake i've ever made. 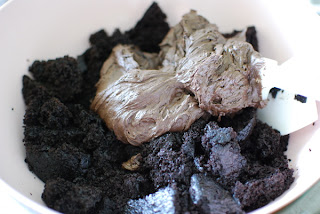 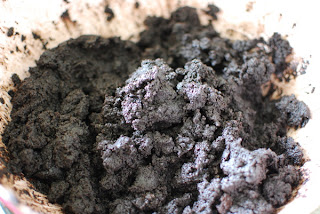 it only took about half of this mixture to put together all 36 cake pops.  i debated between freezing the rest and making them to bring to book club - and i'm sure you can guess which won out. 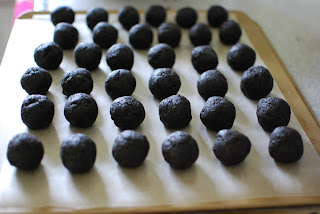 i find that dipping the cake balls on sticks is much easier - you can dunk it once into the melted candy, do a little tap, tap, tap to let the extra goo fall off, and voila - pretty cake pops! 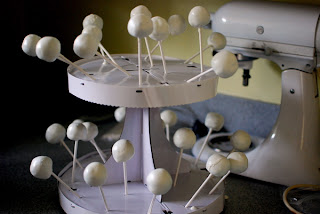 the shower was zebra-themed, and i was asked to use a hot pink drizzle on the white-coated pops and then individually bag them and tie with a color-coordinated ribbon.  i think they turned out pretty cute, don't you? 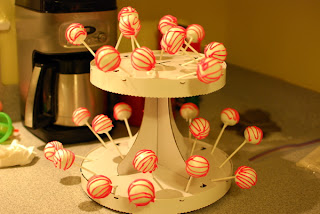 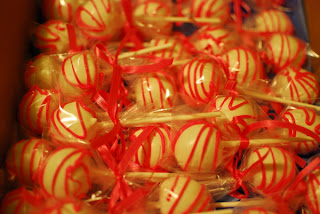 this month's book club selection was that controversial "tiger mom" book, with our potluck gathering asian-themed.  i already knew i was going to bring some food from the homeland (more on that later), and so i decided i'd asian-ize my cake pops to match.  can you guess where i was headed with this (using a tutorial from my cake pops idol, bakerella)? 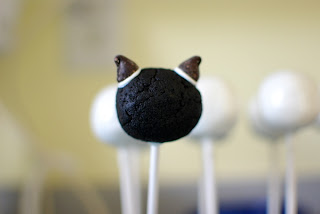 a quick dunk in white candy and a few accents, and now it's unmistakable: 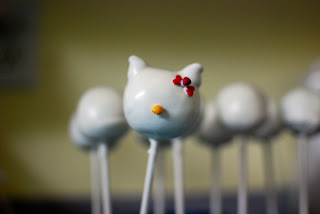 i busted out my edible black marker to finish 'em off. 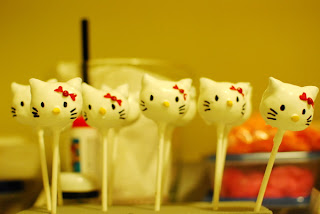 but i only had so much patience for all that assembly.  so i melted some orange candy, dipped the rest of the balls in it, and tinted the rest of it with some black gel coloring.  get it?  get it?  TIGER MOM?? 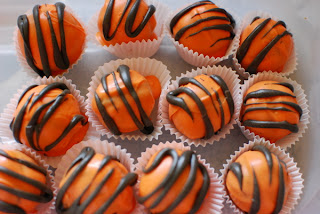 i was pretty proud of my handiwork. 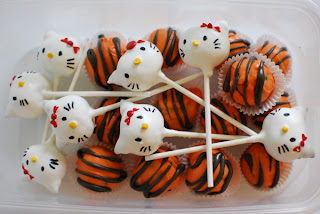 and i'm happy to report that they actually taste really good, too!  i can't wait till i have another chance to make a batch of them.
at March 22, 2011