i am in love. with cheese.

it was at phototasting 2.0 that i was introduced to the magic that is burrata for the first time.

if you've never had it, it's a ball of fresh, creamy, mozzarella-y goodness.  holy mother of cow, this stuff is heavenly.  they pull a handful of hot mozzarella curd out of a salt water bath, shape it into a disc, and fill it with soft, amazing...stuff.  i don't actually know what the stuff is, but it's fantastic.  then they stretch the mozzarella around it, making a smooth ball.

i'd enjoyed my amazing plate of burrata with some lightly dressed arugula and slices of wonderful prosciutto, and ever since, i've ordered this at every restaurant that offers it.  seriously, it is just so damn good.  the hub and the teen like it well enough, but even they just have a few bites and leave the rest for me to melt into a huge, appreciative puddle over.

my buddy dapotato had mentioned a "factory" once before, and my friend lilcee said that she knew of it too but had never had the chance to go.  and last week, i was hit with a ridiculous craving for some burrata that wouldn't go away.  so when i realized that the delivery of cake pops was pretty much on the way to the gioia cheese company, it took about 3.57 nanoseconds for me to decide to take one for the team and head out to find it.

i actually found tubs of gioia burrata at bristol farms a few weeks ago, but wasn't going straight home that morning and couldn't pick it up.  besides, the store had marked it up from the $6 per pound at the factory to $10.  yikes.  i would've still bought it, but alas - i wasn't able to anyway.

it was an easy drive on a friday morning, and i found the place easily.  it's tucked away off the freeway, past a neighborhood co-op garden and a park, and in a small industrial neighborhood. 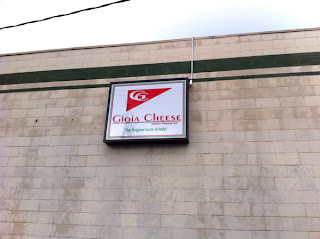 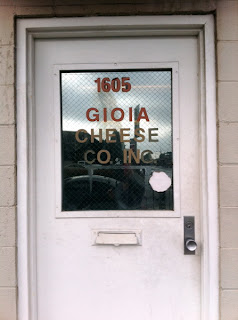 the door was locked, so i had to ring this bell to get in. 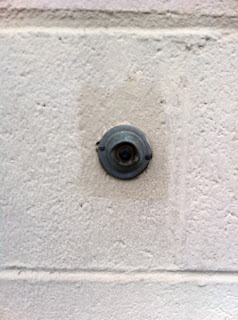 i was greeted with a smile by the president of gioia cheese himself, vito girardi.  i just barely got past my "hi! i'm here to - " and he grinned and said "you are here for burrata, yes?"

it was a tiny office with a couple of girls working in the back, and i glanced around at the advertisements and price lists on the desk. 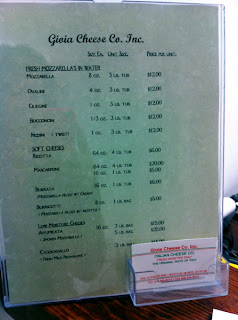 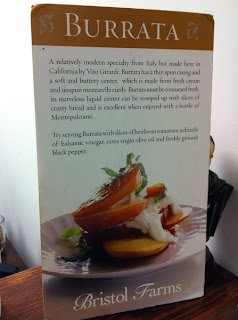 he came back with a tub of the precious cheese in a plastic bag, and handed it to me as i forked over the cash.  "i'll be back next week!" i said - i'd decided to bring a burrata plate to the baby shower we're putting together for one of our SFAMily mamas-to-be.  there are lots of burrata fans in the group, so it should go over well.

i headed right over to trader joe's to pick up some arugula and prosciutto, and then went straight home to dig in.  oh, i was excited. 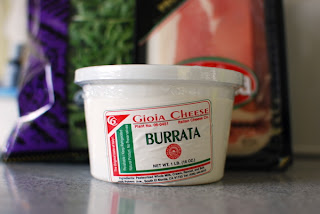 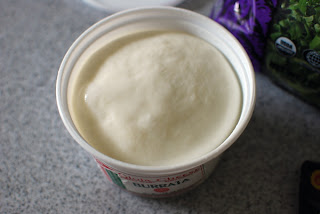 i drizzled the arugula with a little olive oil, sprinkled some sea salt and pepper, and gave it a quick toss.  i sliced a generous portion of that gooey, fabulous cheese, and put it right in the middle, and then added the prosciutto. 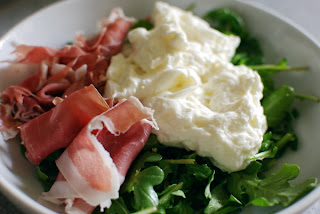 i kind of desperately want to be thrown into a big ball of burrata and eat my way out of it.  it made for the most fabulous brunch EVER.

and then as a snack the next day.

i polished off the last of it the day after that.

Email ThisBlogThis!Share to TwitterShare to FacebookShare to Pinterest
Labels: burrata is the most wonderful food in the whole wide world