believe it or not, i actually did some cooking that didn't use recipes from my current favorite blog!  shocker, i know.

although i guess this barely counts, since i found this blog through that one.  oh, well.  anyway, when i saw this recipe for reese's cookies - using only two ingredients - i had to try it out. 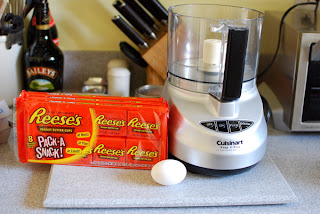 see?  kind of ridiculous, huh?  but i pressed on, unwrapping all of the peanut butter cups and tossing them into my food processor. 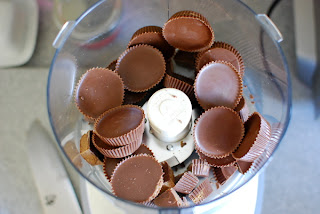 i gave 'em a whirl and turned those lovely cups into...poo. 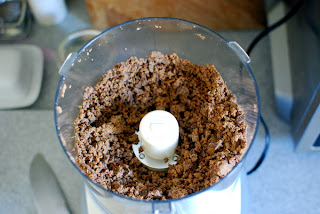 and when i added the second ingredient, it looked like...diarrhea.  cha cha cha. 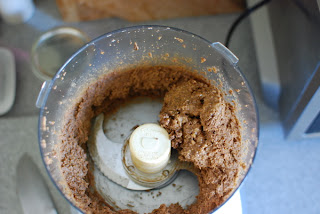 whatever.  i scooped it out and pressed them flat-ish, sprinkled a little sea salt on top, and popped 'em in the oven. 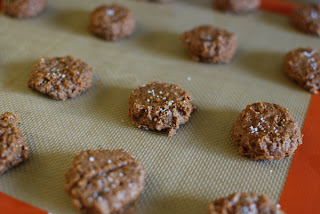 final result?  well, i think i left them in a minute too long.  i was too afraid they'd be super gooey, i guess.  anyway, the edges and outsides were a little crispy, but the inside was very peanut butter-y and slightly chewy.  i thought maybe they needed some mini chocolate chips to help them out - amazingly enough, they aren't super sweet.  in fact, i think they could use a little extra sweetness.  maybe next time.  or not.  try at your own risk. 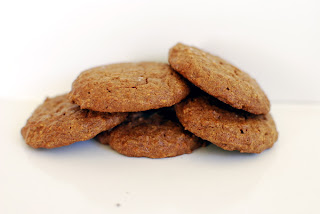 then, i got the bug up my ass to make a batch of buttermilk spice muffins - AKA the best thing at mimi's café.  well, okay, i like other stuff there too.  but i never hit up mimi's without gorging on or taking to go one of these yummy muffins.  i knew the recipe was posted on their website, but had never really thought about trying it out.  well, it was time.

the batter came together easily, although i found that i didn't have any walnuts on hand.  but i had pecans, which i like better anyway, so i used those instead.  and for MIL, who's recently learned that she has to avoid nuts and seeds, i used different colored cupcake liners and topped hers with the spiced sugar mixture, sans pecans. 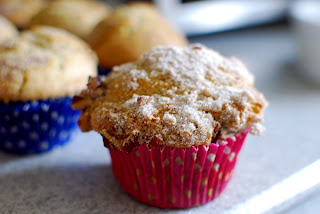 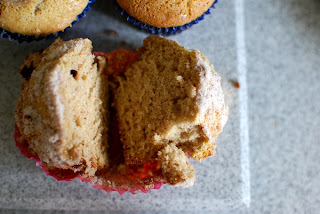 they're super delicious, you guys.  warmed a little with some butter spread in the middle, it's breakfast heaven.  or snack heaven.  pretty much heavenly whenever you feel like eating them.

lastly, i came through with the prize for my second cookie giveaway winner.  for her basketball cookies, i mixed up some of my gel color in terracotta, plus a few drops of chocolate brown and a smidge of orange, and look: 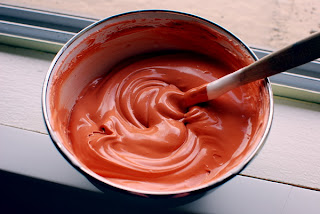 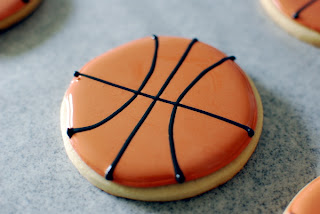 pretty sweet, eh?  and after raiding my ribbon stash for blue or silver (their team colors), i ended up using navy satin - the color pops nicely against the cookies.  the silver i had just looked blah. 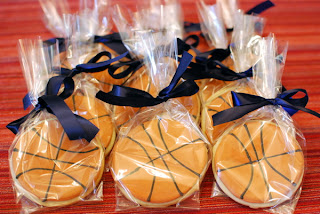 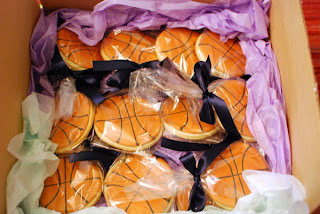 they packed up snugly in the box, with a bit of air cushioning at the bottom and a crapload of tissue paper.  when i closed it up and shook it, there was zero movement.  hopefully she's received it by now, or will over the weekend.  yay!