thanks to my friend ashley, i got to try out some new things in the baking department.  she'd asked me to do some sugar cookies, which are pretty much second nature to me by now, but she also wanted some cupcakes.  in a los angeles dodgers theme.

despite the months i spent working at dots cupcakes, i really wasn't very confident about my cupcaking skills at all.  i know they taste good, but they don't necessarily look that great.  but even when i communicated this to her, she had lots of confidence in me and i ended up taking the order.

the first thing i tackled was the cookies.  she wanted baby faces with pacifiers in dodger blue and a lot of black hair - i'm no artist, but i winged it. 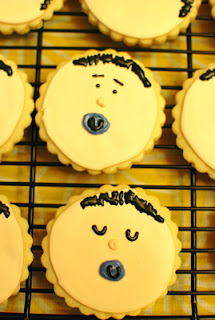 out of the leftover cookie dough, i'd tested out a few of my newest cutters.  cute, right? 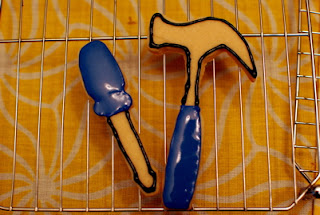 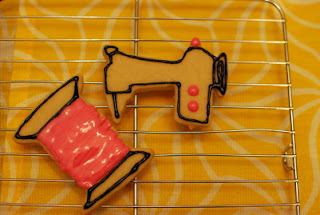 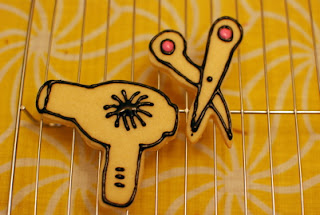 the people she was planning the baby shower with had asked for me to somehow do chocolate cupcakes with chocolate frosting, but make the tops look like baseballs.  after a little thought, i realized i could accomplish this easily.  so i took this (it's plain white fondant): 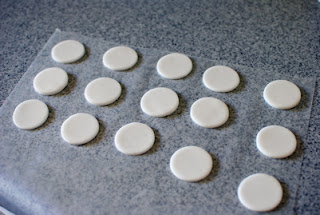 and one of these: 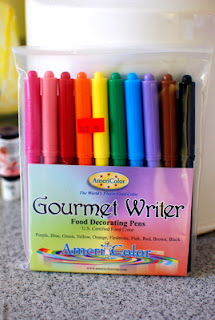 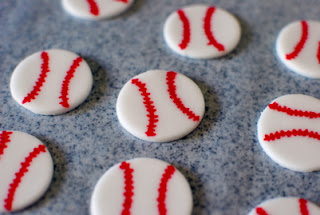 the other set of cupcakes was more of a challenge.  they were to be pink lemonade cupcakes, iced with blue vanilla frosting, and topped with a white dodgers logo.  the only way i could think of to do this was to make some edible cupcake toppers - little round sugar cookies with a toothpick baked into them, flooded in blue and the logo done in white icing.  but i couldn't freehand it, so i busted out some white royal icing, printed out the logo in the right size, and taped it to my counter with a piece of wax paper on top. 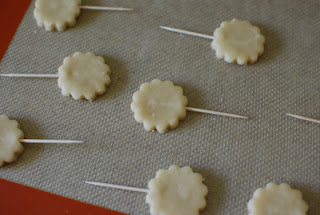 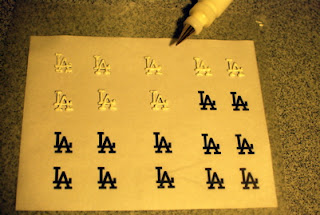 the next morning, i got to work on those toppers. 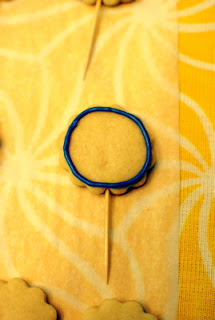 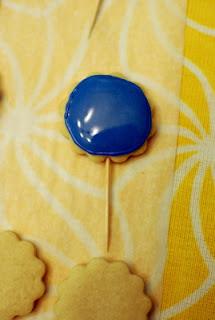 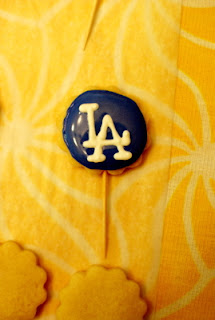 i got the pink lemonade cupcake recipe online - it was the only one i could find that didn't just use cake mix and add lemon flavoring to it.  i didn't even have to use a mixer to whip it up, and poured it into the dodger blue cupcake liners. 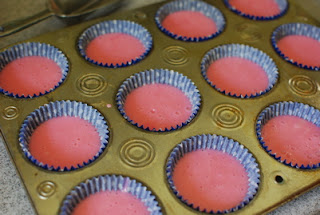 while they baked up, i whipped up some vanilla frosting and added three shades of blue gel food coloring to it. 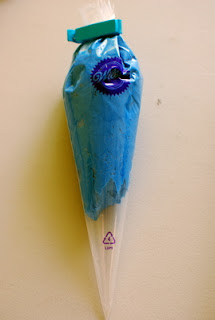 i was a little nervous as i got started on the finishing touches, but i was pretty pleased with the results. 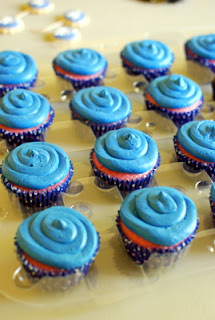 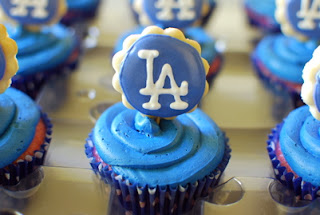 i ended up with some extra toppers, and figured ashley could use them at the shower somehow. 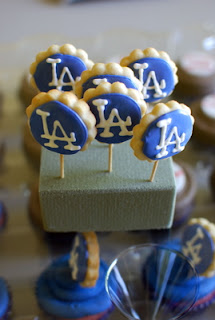 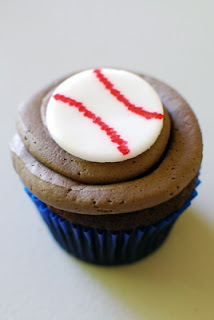 the whole shebang looked pretty pro when i got them all in the carrier i'd picked up (yes, i was short one chocolate cupcake and made up for it with an extra pink lemonade one. remember, my shit never comes out perfectly). 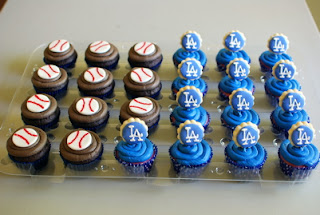 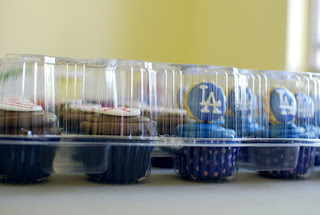