rivalry in my kitchen

it was a week for graduation goodies over here.  first, some celebratory red velvet cupcakes for my friend quirky's future son-in-law, finishing up his degree at the university of la verne: 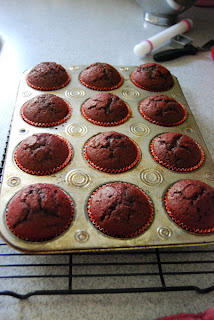 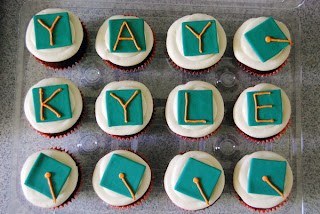 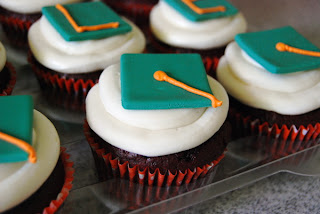 those were a snap to make, aside from dying my hands green, since i've done similar ones already.  and the cupcakes themselves were fluffy and beautiful, which made me happy.

the next project, however, was not quite as easy to get through.  i'd been asked to make cookies for a graduation party where the husband and wife each attended different colleges...and not just any old universities.  oh no - these are bitter rivals.  and because i'm not an artist, i busted out some printed logos and wax paper to make some royal icing transfers: 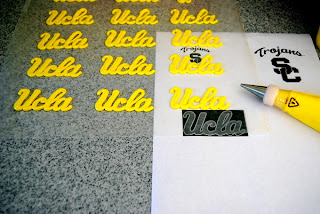 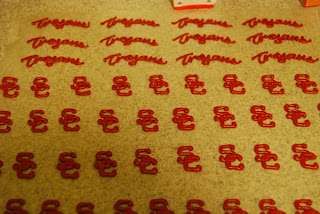 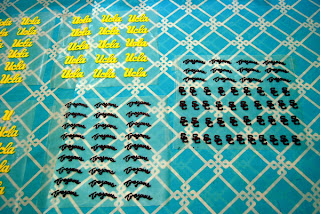 i'd decided to make pennant-shaped cookies.  cute idea, right?  well, yeah.  except that i don't have a cutter and had to bust out a ruler and my pizza cutter.  even after my best efforts, my pennants were still a bit misshapen.  but i pushed ahead anyway. 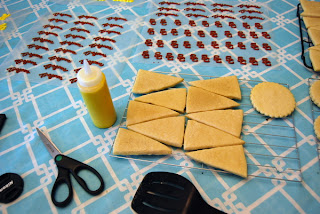 turns out i'd made my ucla logos a bit too tall.  damn.  i had to settle for making usc pennants and making circle cookies for the others.  i got to work mixing and tinting the icing, and as i got the first cookie flooded - disaster struck. 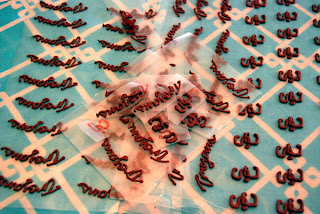 those stupid icing logos were too damn fragile to pry off of the paper intact.  eff!  i was really bitter, but i'd had a feeling it'd be a tough task.  luckily, usc doesn't really have a fancy schmancy logo, and after practicing with the icing on those transfers the night before, i was comfortable freehanding it after all.  on the other hand, the ucla logos were big and sturdy enough to work with (verrrrry carefully), and i was stoked to breeze right through them all. 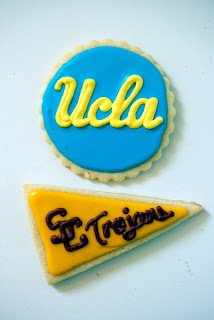 i still had a lot of breakage issues, though.  i'd made three sheets of 15 logos to ensure that i had enough for the two dozen cookies, and after all was said and done this was all i was left with: 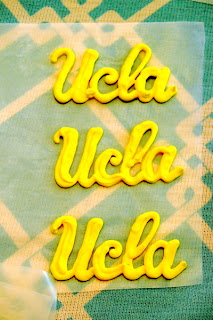 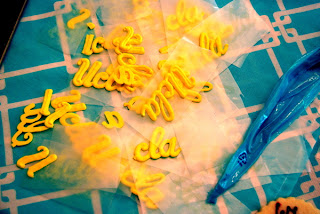 after making a couple of extras, i had one sad little naked cookie left.  with my leftover bag o'icing, i had a little fun (and a bit of piping practice): 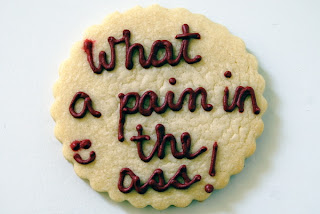 when the icing was completely dry, i packed the cookies in a bakery box.  because i wasn't sure if the party was that day or the next, i wanted to ensure that they'd be fresh, so i put them into ziploc bags before placing them into the box. 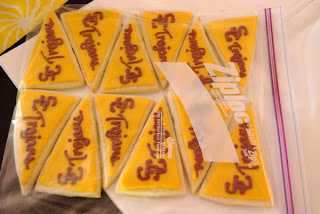 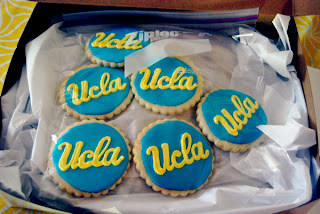 i'm rather partial to ucla, since i've got family members and some very close friends who are alumni (sorry, claire and lilcee - i love you guys too), so somehow those ended up on top.  heh.

leftovers!  just enough so we don't get too sick of 'em.  yummy! 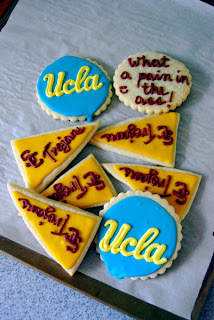